2016; The Year Delta Flyers Never Expected To See This 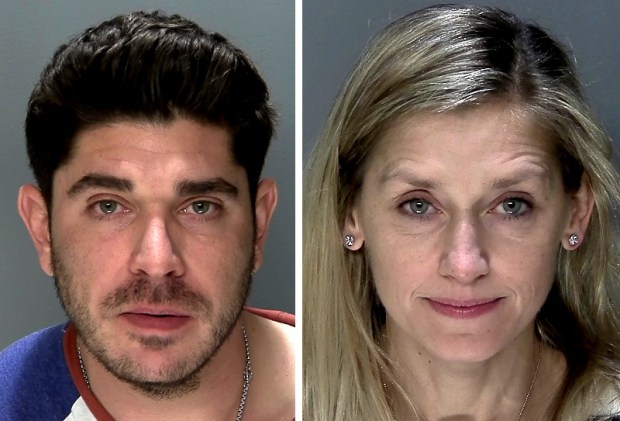 Over the past month, five passengers were ejected from flights on Delta Air Lines and those are just the ones that made news. One has to wonder if it is a symptom or a consequence of the polarizing political upheavals seen around the globe in 2016.

Right before the year ended, Los Angeles residents Blake Fleisig and Anna Koosmann created a bit of drama on a flight home. Reports say Koosmann tried to get out of her seat to go to the bathroom while the plane was still on its ascent out of Minneapolis and when she refused first the flight attendant’s instruction to sit back down, and then ignored an announcement from the cockpit, the plane returned to the airport. Minneapolis police tried to remove the two, creating more drama as the two appeared to resist.

Attorney Alex Spiro, whose practice seems to specialize in defending public personalities accused of bad behavior, emailed the Washington Post to say that the couple deny the charges filed against them by Minneapolis Police.

Passengers on the now running-very-late flight, recorded it all on their cell phones and uploaded it to YouTube. 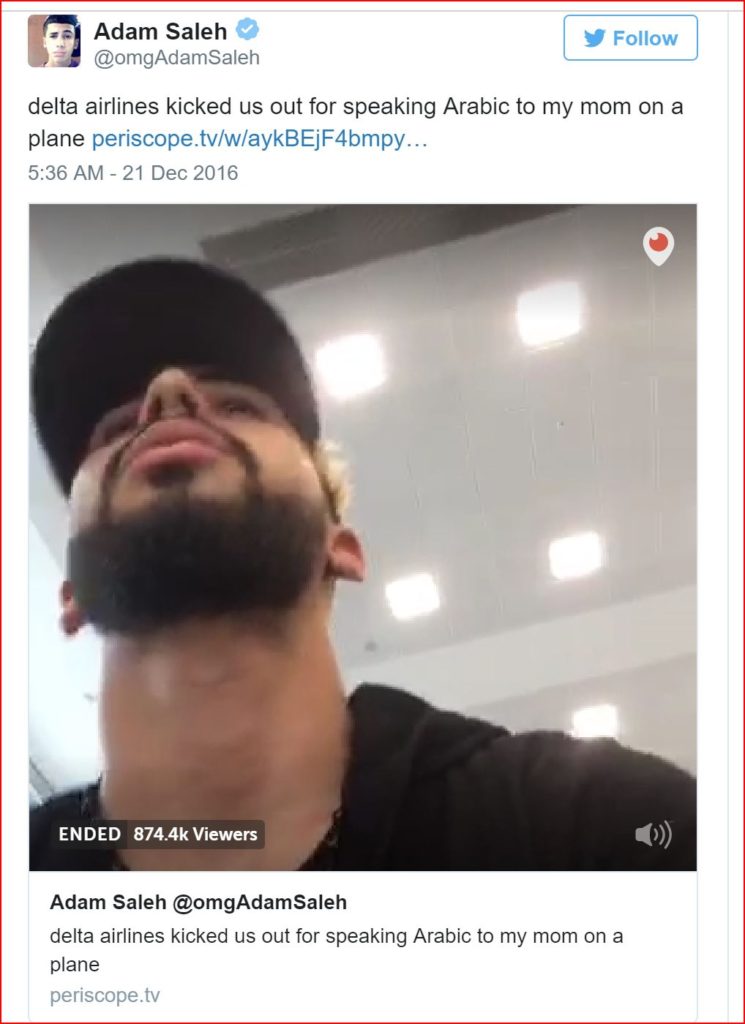 Getting more YouTube hits appears to have been the goal of Adam Saleh, another Delta passenger who along with his travel partner Slim Albaher, both of New York were also kicked of a flight from London just before Christmas. Saleh, a professional prankster (yep, that’s a real thing) was making travelers near him uncomfortable by speaking very loudly into his phone in Arabic, while Albaher filmed the scene. More than a dozen others on the plane thought the two Arab-American men were being deliberately provocative.

That’s not a stretch based on previous videos Saleh has posted on his YouTube channel. But while Saleh is calling on flyers to #boycottDelta, it is Delta that seems to be having the last word. Saleh has been put on Delta’s “no fly” list.

Just a few weeks earlier, yet another Delta passenger, who has not been identified, carried on a disjointed but enthusiastic tirade in support of Donald Trump in the aisle of a flight to Allentown before the plane took off. The man sat down and the flight departed, but he too, is no longer welcome on Delta flights. In a “flying lessons” moment of retrospection, the airline said the noisy Trumper should have been removed from the flight before take off.

“The heightened tension in our society means that now more than ever we must require civility on our planes,” Delta’s CEO Ed Bastian told employees in a follow up memo.

Words to live by in the air and on the ground. While hoping 2017 rings in a more neighborly era here’s a suggestion for grumpy, combative, impatient or otherwise anti-social air travelers, please check your emotional baggage before boarding the plane.

Didn't take long to notice that I'm back in 'Merica…