A Journey Into the Unknown World of Fashion Journalism 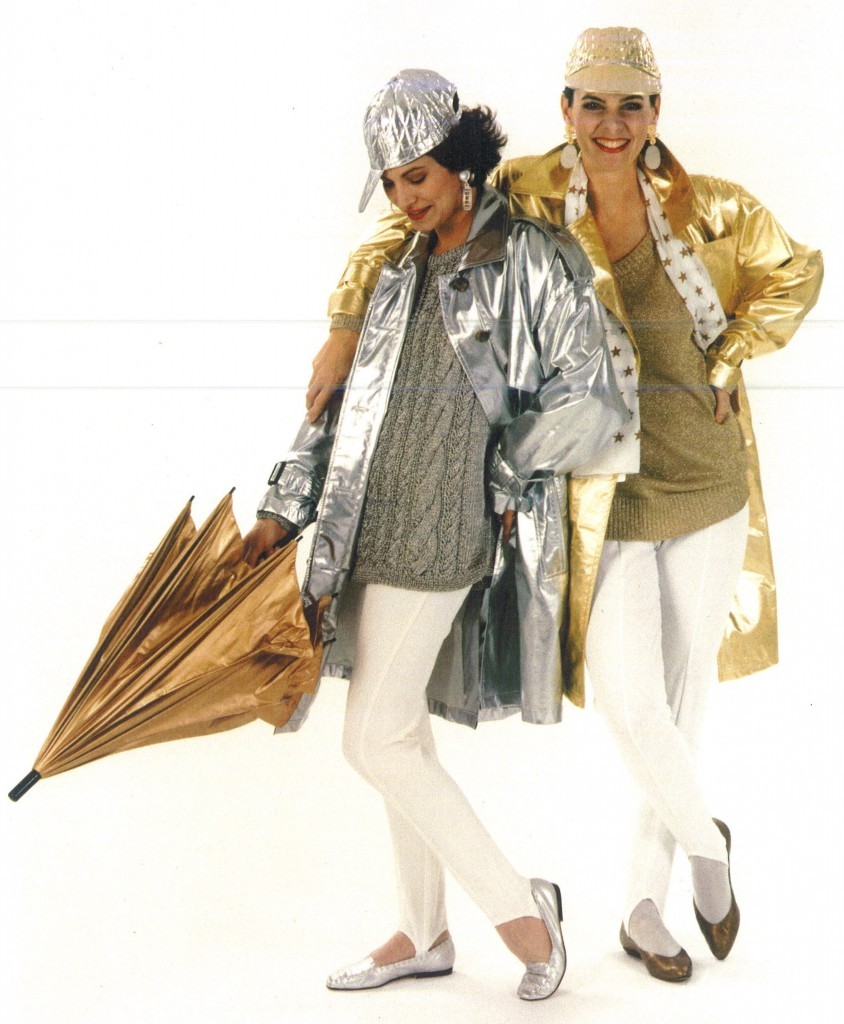 One of our early columns featured metallic raincoats and caps

When my sister Andrea, called me with her great idea for a newspaper column that would show people how to replicate fashionable designer outfits with less expensive alternatives, I was immediately enthusiastic. It was a brilliant idea. So she recruited Candy Barrie, who was at the time a Washington, D.C. fashion consultant, to put together the ensembles we would photograph and we carefully recorded the high end  versus low end prices along with shopping information. The syndicated fashion column, Dress for Less was born.

Within a few years Andrea’s idea with Candy’s follow through had become a weekly feature that appeared in newspapers large and small in the US and Canada.

Soon we published the best of these photos in a book which sold out with no publicity other than a tag line at the end of each column.

While the concept was sensational, the timing was not. Readers loved us, editors appreciated us but everywhere newspaper budgets were being slashed and entire sections were cut. Dress for Less predated the widespread use of the internet and without active, healthy newspapers we had no other way to reach our audience.

This may sound like ancient history but it was only 20 years ago.

Still, during the course of its run, Candy Barrie’s Dress for Less produced hundreds of original fashion photos and copy, chronicling the styles, designers and prices of the 1990s. It had an audience of millions. 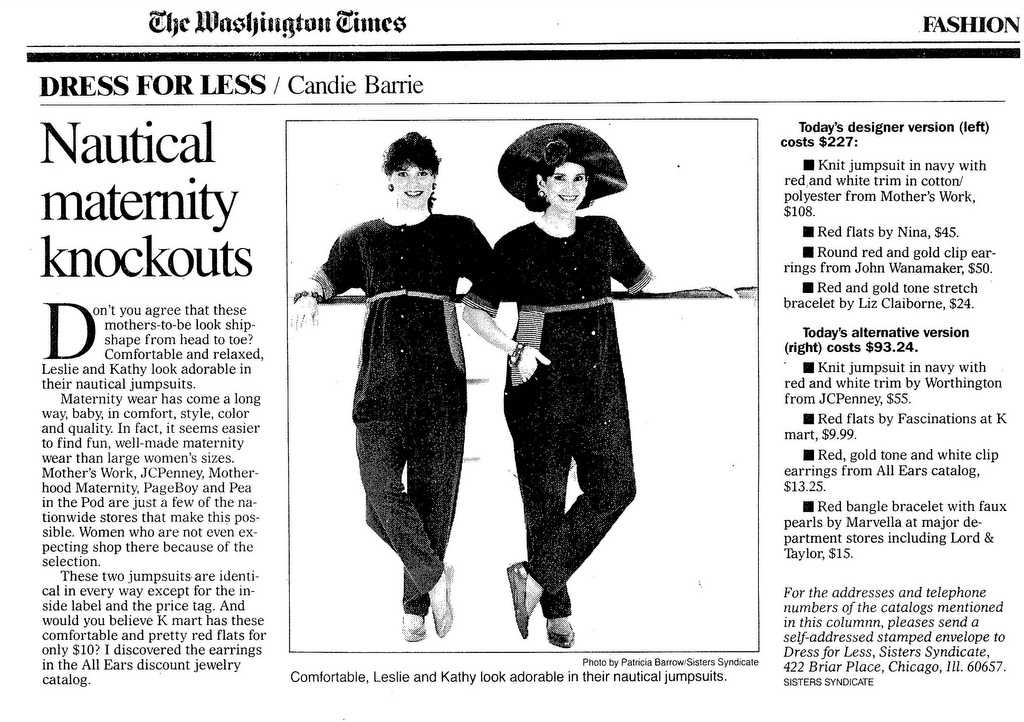 On October 25, Andrea and I donated these materials to Virginia’s Marymount  University and its acclaimed Department of Fashion Design and Merchandising. At the school’s beautiful  Main House, decorated with giant posters of some of the great photos (taken by photographer Patricia Barrow) Andrea and I  recalled the adventures we had producing this column. 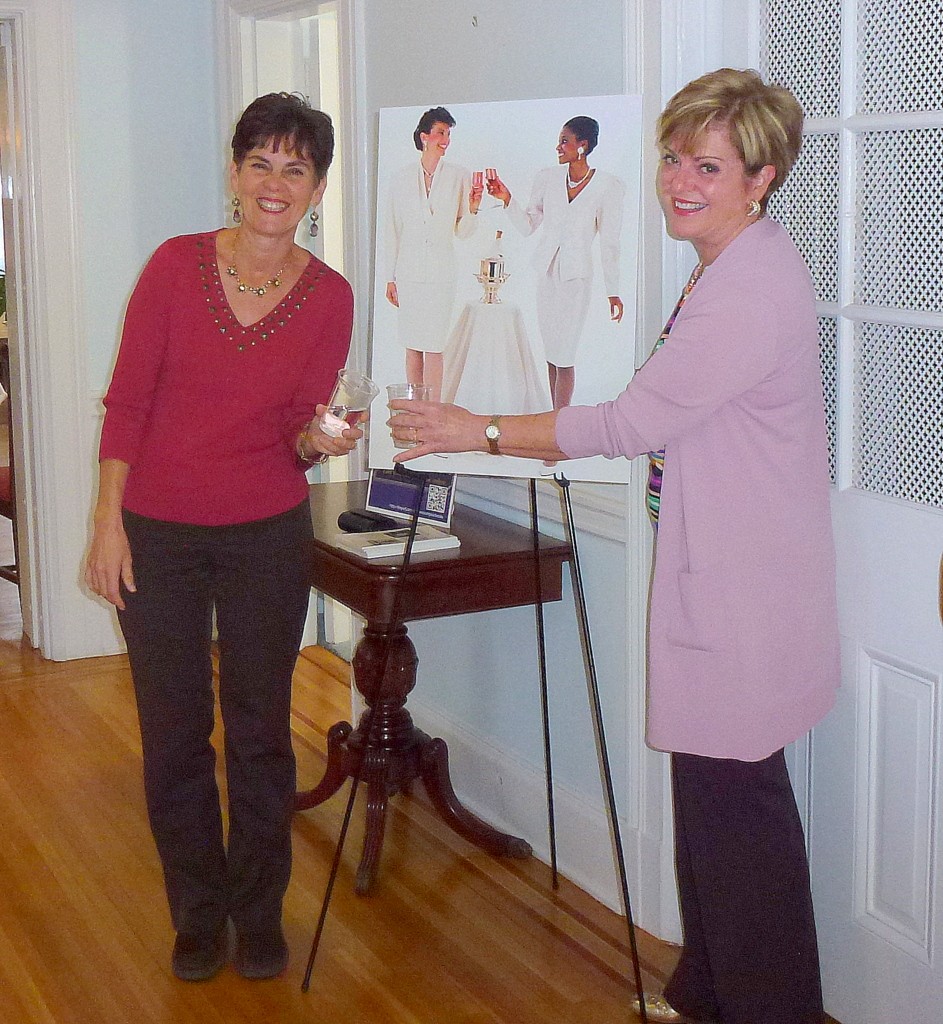 Andrea (right) and I pose with one of our favorite columns, wedding dresses for the mature bride.

We remembered the models, some of whom had won their chance to pose for us through a competition sponsored by J.C. Penney.  We groaned about the time my son, Antonio, a “prop baby” in column of outfits for working mothers, inadvertently gave one of the models the chicken pox.  We laughed at what happened to the cute guy who posed  in Bermuda shorts for one of our men’s columns. He married Andrea! And, I will add, he still has model-perfect legs.

Marymount University has accepted the Dress for Less archive because it has educational value for students. I think that’s true.

“So what does this have to do with travel?” you may be asking.  Well in a way, our experience with Dress for Less was a kind of travel. 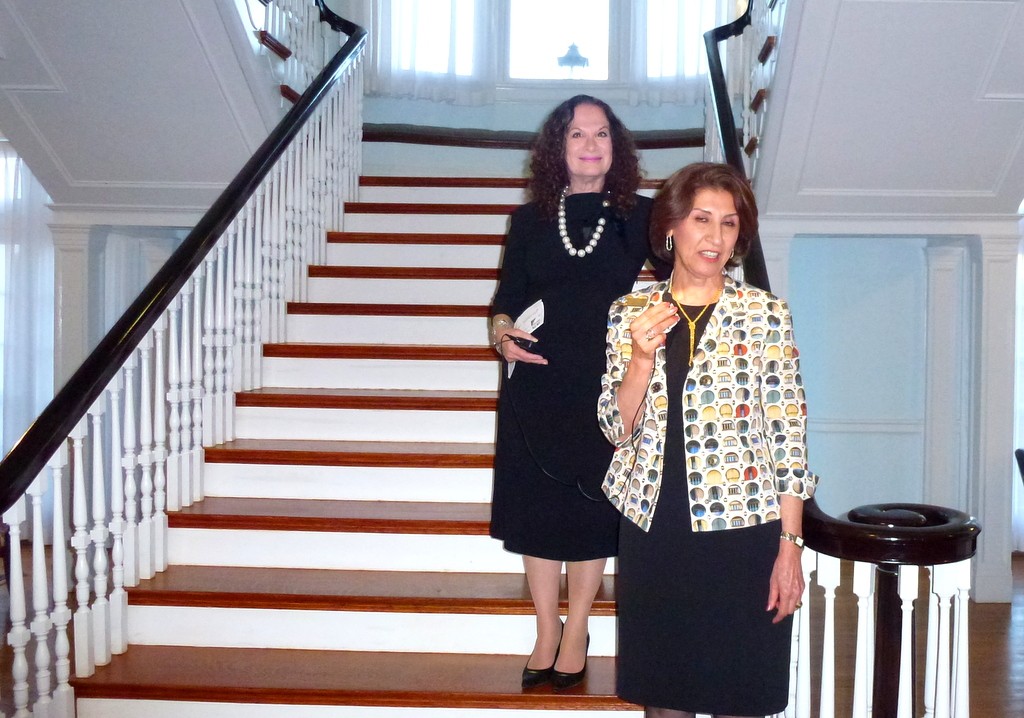 We took a journey into the unfamiliar world of fashion journalism and the Dress for Less columns are souvenirs we brought home. It was like visiting a country we’d had read about but never seen. Just as  educational, just as exciting.