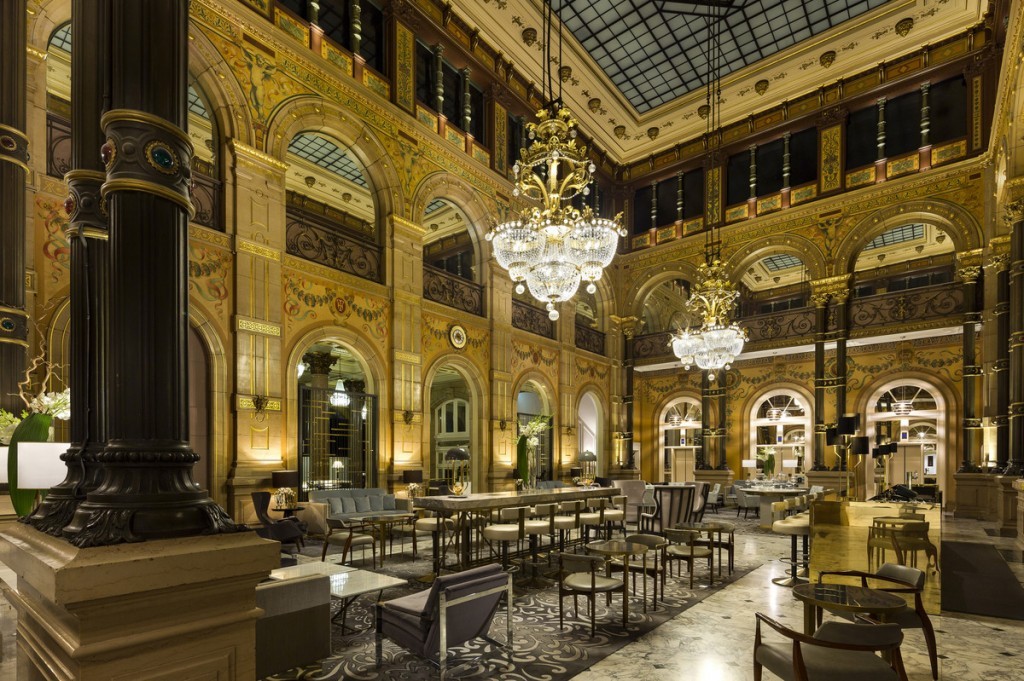 On a recent trip to France, I had breakfast with Sofia Vandaele, General Manager of the newly remodeled and absolutely gorgeous Hilton Paris Opera. Sofia is Belgian and fluent in seven languages.

It never ceases to amaze Americans – many of whom know only English – just how many different tongues the people in other countries speak. Sofia is very smart, not to mention charming which explains why she is one of the world’s youngest hotel managers. Big hat tip to a woman like that and who can also carry on a conversation in seven languages.

Still, anyone who has visited Europe knows many countries are so small, you have to cross the border for a night on the town. One cannot survive speaking only Flemish or Polish or Dutch. 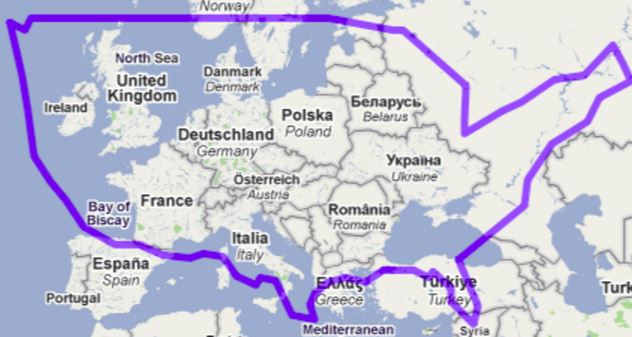 Americans don’t have that problem.

My country is expansive and from one coast to the other, a world of diversity exists even for those of us who call America, home and kinda share English. Different and culturally immersive experiences are available just crossing a state line, an experience I had recently in coastal Alabama.

If you are wondering how I could mention these two destinations in the same sentence it is because the weekend before leaving for France, I was in Gulf Shores, Alabama, on the Gulf of Mexico scheduled for three days of nature-filled outdoor experiences. 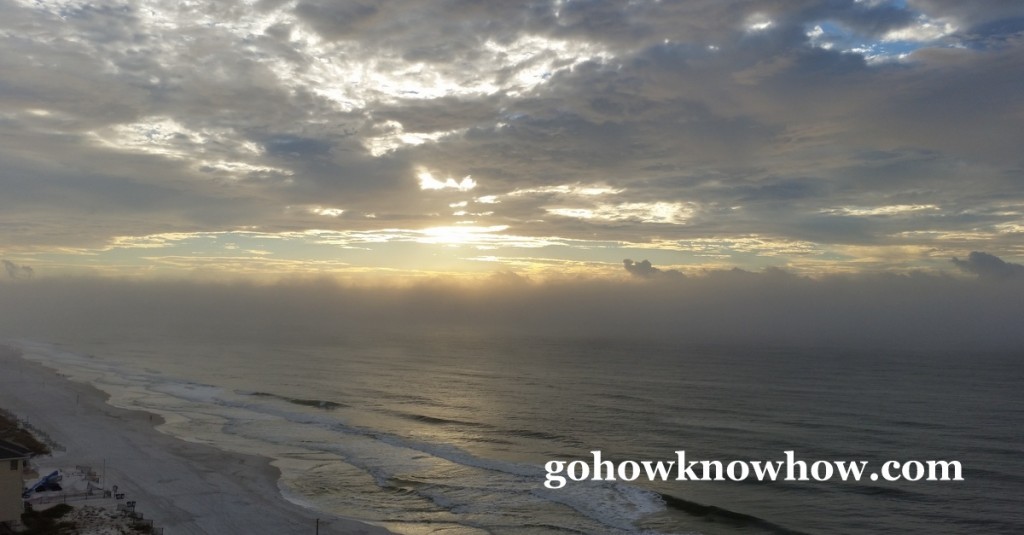 With 32 miles of soft sandy beach the Inter-coastal water way, several bays and inlets, this are 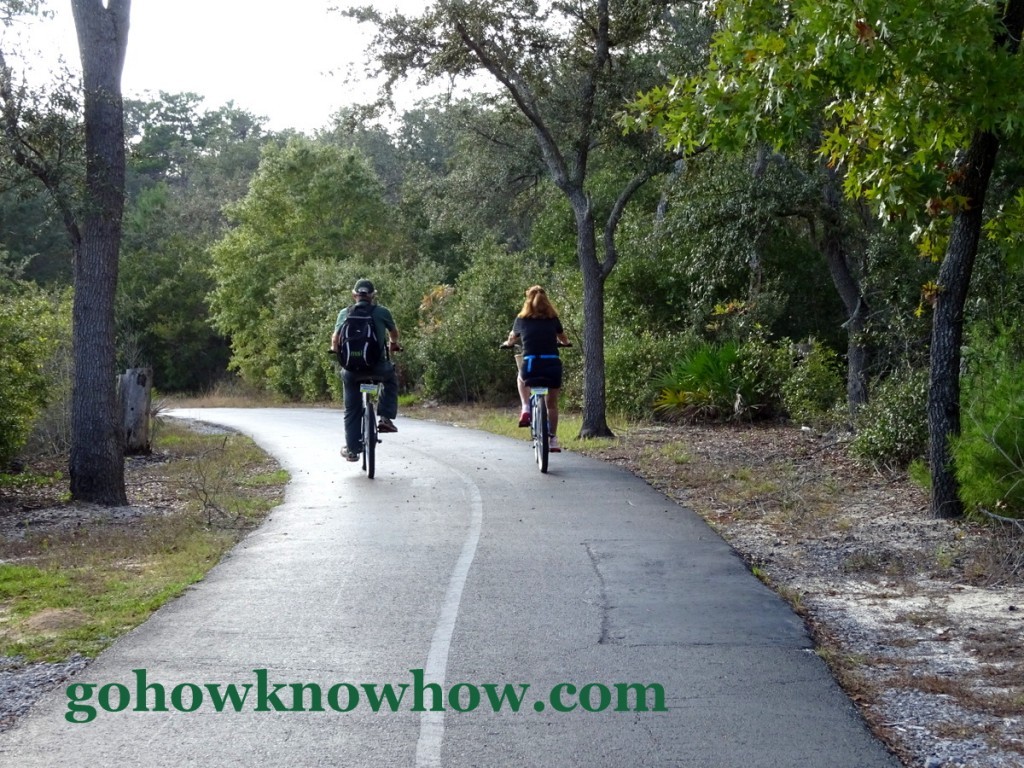 a is chock full of nature and accessible any way you want see it. I rented a bike from Beach Bike Rentals just outside the Hugh S. Branyon Backcountry Trail, and spent half a day exploring Gulf State Park. There is so much to see and enough pleasant places to stop and rest that I could have kept at it for a full day or even two.

The highlight of the ride was when I looked up to see what was casting such a large shadow on the path and saw a large bald eagle flying low over my head. 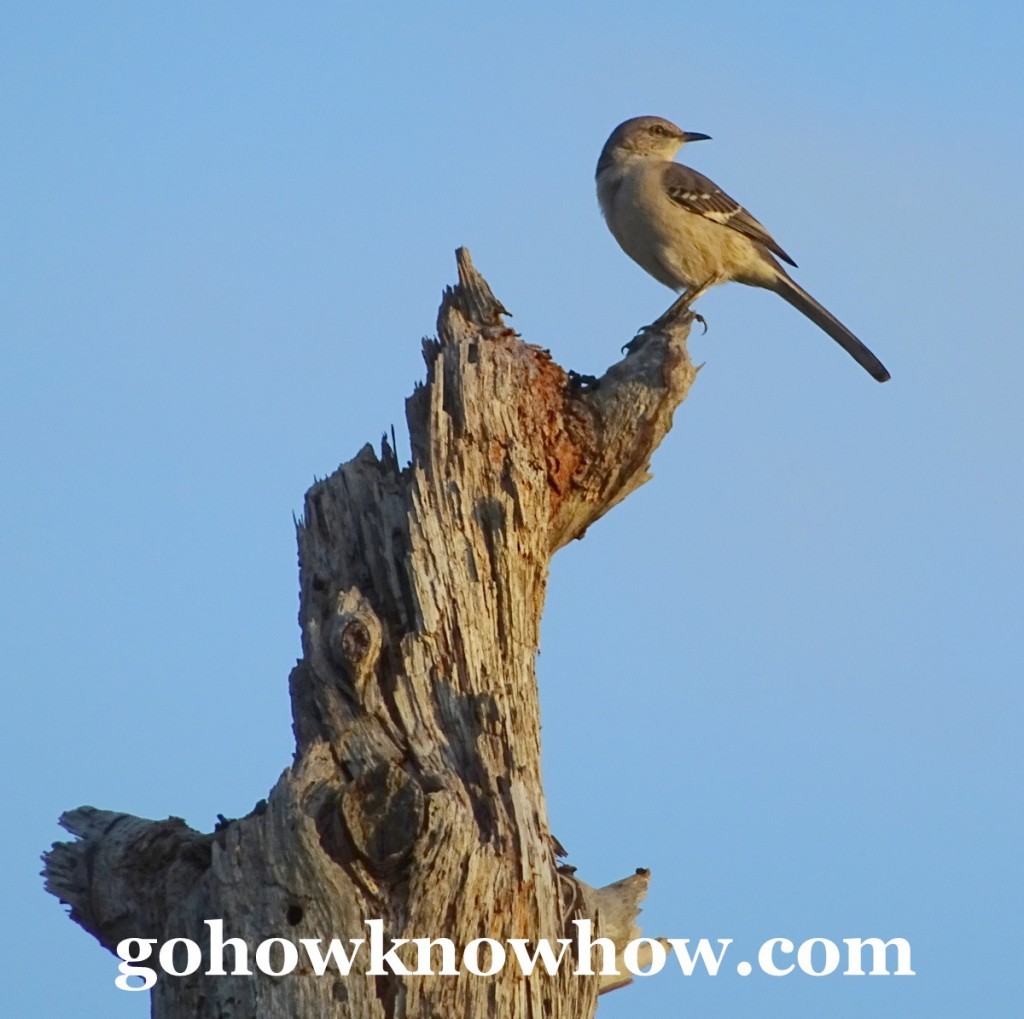 Many bald eagles nest in the area, according to Denise McInturff, a ranger with the Department of Fish and Wildlife’s Bon Secour Wildlife Refuge who I met the next day.  More than 300 species of birds can be found in the refuge and a free guidebook at the trail head lists them all so you can note what you see.

The refuge must be Alabama’s best kept secret because during our hike, we encountered only three other people. 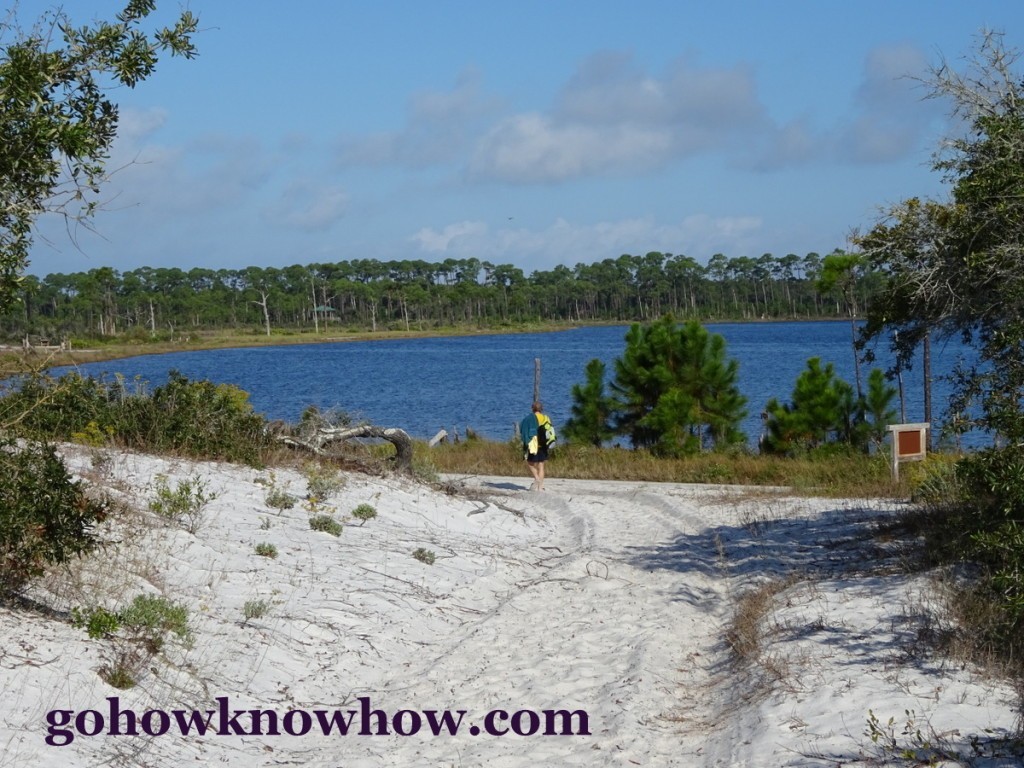 On the powder white sand, Denise pointed out the tiny footprints of the nocturnal beach mouse, whose seed-carrying poop helps the sea oats grow. That in turn protects the dunes. Herons, brown pelicans and willets fished along the pristine beaches and a dinner-plate sized ray swam in the eddies without regard to our proximity. 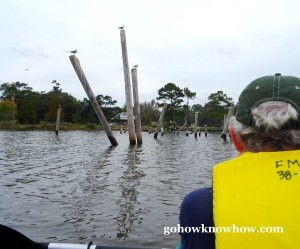 We viewed the refuge from a different perspective later when we went out with GoGo Kayaks on Little Lagoon. I shared a boat with Ted Floyd of Birding magazine who identified dozens of birds by their call alone and helped me identify the kingfisher that I glimpsed as we paddled along.

Occasionally a dolphin or two would jump out of the water giving me a thrill so I’d try and paddle closer even though Ted objected. He wanted to record the sounds of the Royal Tern. It didn’t matter, none of the dolphins wanted anything to do with me. 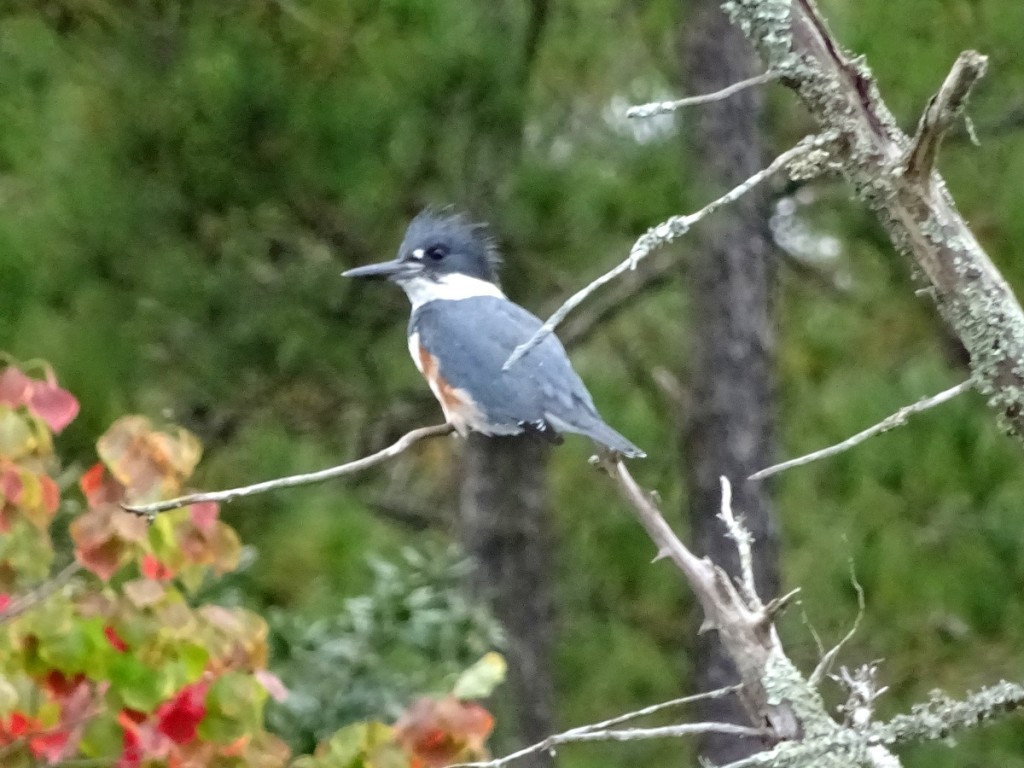 A kingfisher at Bon Secour

Such abundant wildlife has taught the locals to be appreciative of the bounty of fresh fish. During my stay the 8th Annual Oyster Cook-Off  was underway and oysters prepared in imaginative ways were for sale for a dollar a piece. Throughout Gulf Shores, shrimp, clams, fish and other local critters were on offer at the local restaurants, nearly all of which, I am told are locally owned.

The night before I left for Paris, I attended the annual Frank Brown Songwriter Festival held at the Flora-Bama Bar straddling the state line.

This is a mega entertainment complex right on the beach with a sandy, casual feel, graffiti-laden washrooms, waitresses who call you “darlin’” and serve Bushwacker cocktails – a messy and caloric drink composed of a lot of ice cream and even more rum. 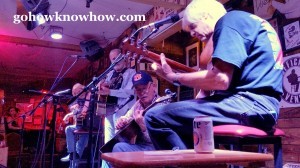 The singer songwriters were bringing down the house. Rock Killough had us in tears with House at the End of the Road and Michael Smotherman made us howl with Baby’s in the Big House about falling in love with a girl on the chain gang. “She’s the hottest thing on cell block number 9”. 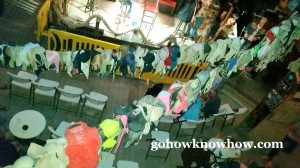 That experience would have been enough for me to go home thinking I’d visited the other side of the world but then I looked up and discovered the ceiling adorned with a Victoria’s Secret-sized collection of bras in every size, shape and color. Apparently the tradition at the Flora-Bama is for ladies to toss their unmentionables skyward and carry on for the rest of the evening, unrestrained in more ways that one.

The songwriters festival went on well into the night, but it had to end by sun up because the first of two Sunday services at Worship on the Water  starts promptly at nine a.m.. Only in Alabama does one find a nightclub turned into a church with the flip of a calendar page. 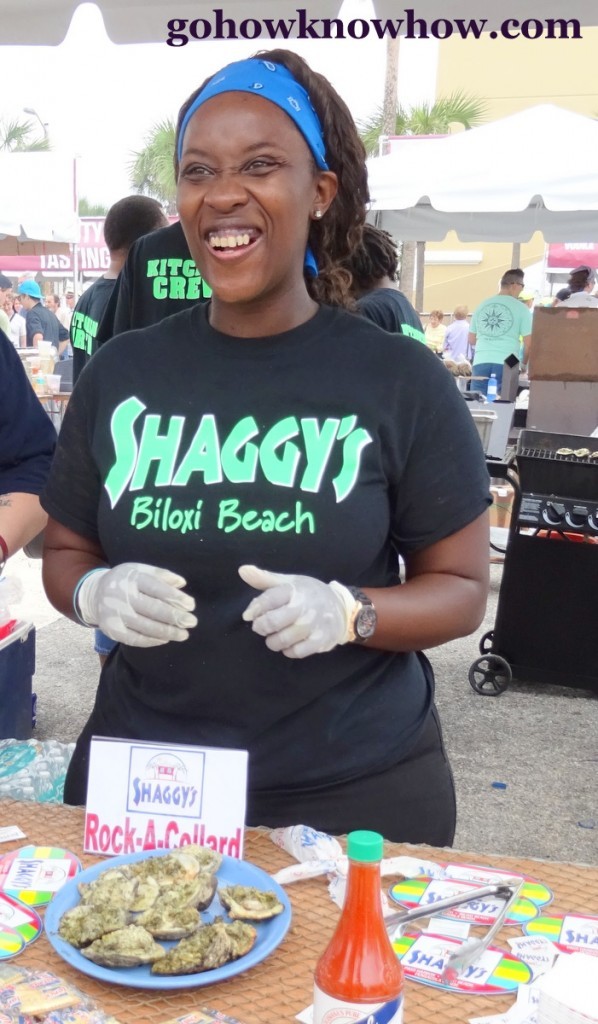 The restaurant opens to serve breakfast to worshippers and so does the bar, Kay Maghan told me. She is the public relations manager for the Gulf Shores and Orange Beach tourism office and an attendee of the church.

The service has music, naturally, with singing to the music of Souls in the Sand and songs from the Honky Tonk Hymnal. And every service ends with “I’ll Fly Away”. That is just what I had to do early Sunday morning so I could not experience this myself which I count as my loss.

They do a lot of things differently in Alabama none of which kept me from enjoying my time there because laughing and carrying on with folks whose traditions, cuisine and ways of worship are new to me is what makes travel such an enriching experience. d’accord? 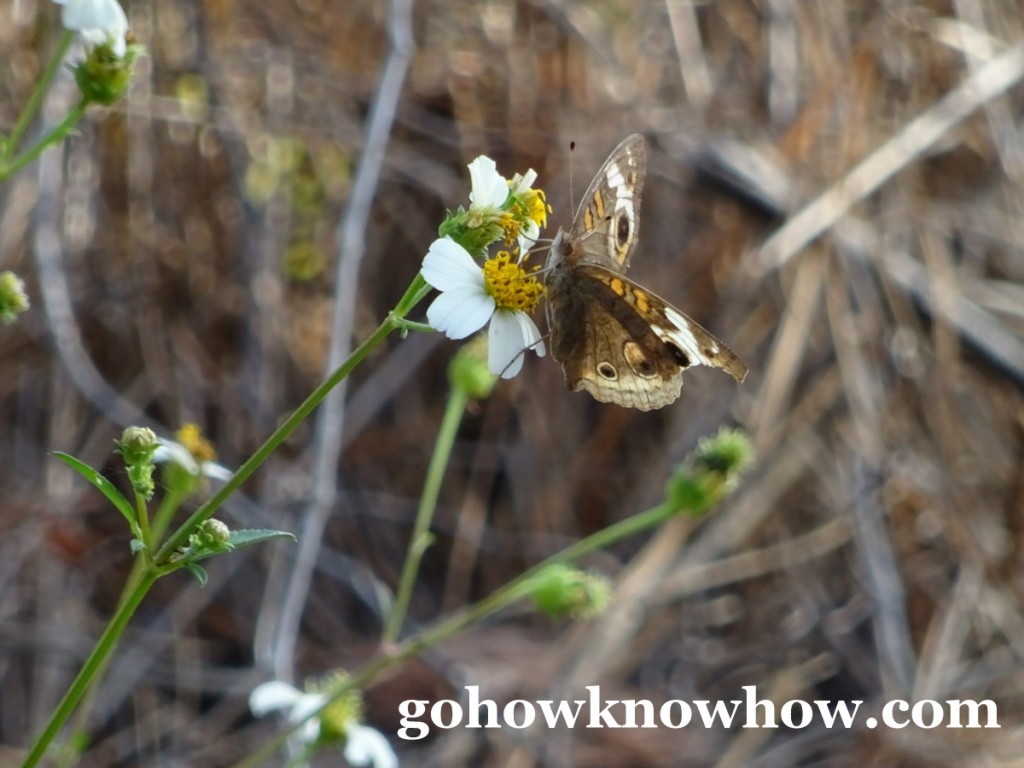 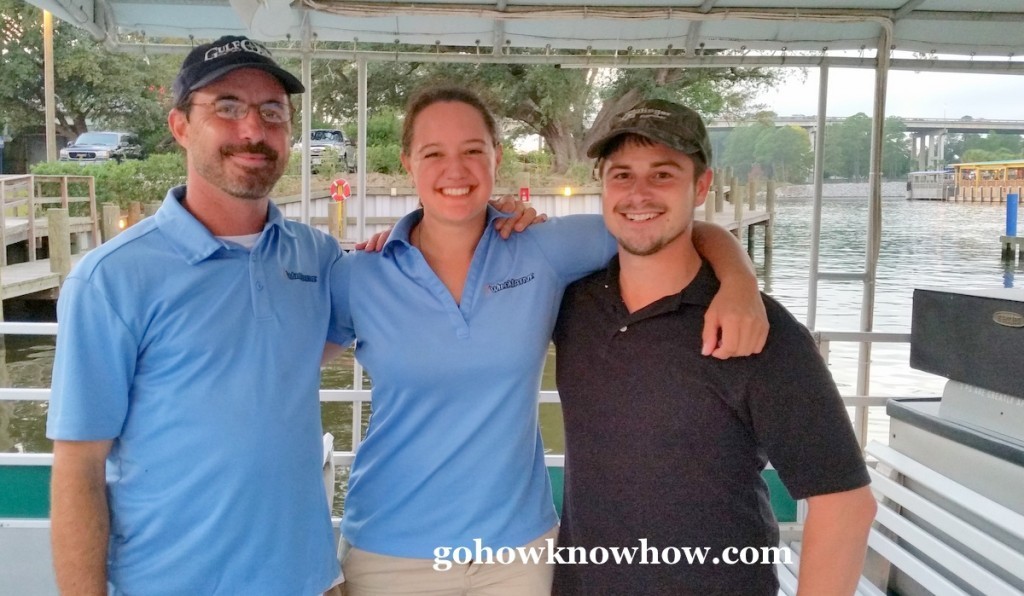