As bird strikes go, this one had to be a doozy.

Late Tuesday night, American Airlines flight 1855 from Chicago to Kansas City flew through birds on approach, about 7 and a half miles from the runway. The pilots declared an emergency and Kansas City airport fire and rescue trucks hurried into position.

The pilots landed safely and there were no injuries to passengers or crew.

Looking at the damage though, which extends across the front of the aircraft, it appears the engine cowling took the brunt of the impact on the right along with the radome while birds created craters on the leading edge of the left wing.

Flying into birds is not uncommon. But they can get tricky because they are more common close to the ground; during takeoff or landing. Less altitude below means less time to recover.

I am reminded of the joke about how an airline pilot assesses the job. “Years of boredom punctuated by moments of terror.”  In a few compressed seconds on Tuesday, the flyers in the cockpit of Flight 1855 earned their paychecks.  It will take mechanics longer to get the airplane back in the air.

This video, plucked from Twitter today shows what it looks like when a big plane flies through birds. According to the person who posted it, the B-52 returned to base.

Not all bird-strike stories have such a happy outcome. The most famous is USAirways Flight 1549 which the crew landed on the Hudson River on January 15, 2009 after hitting geese on takeoff from New York LaGuardia Airport. One hundred people were injured. 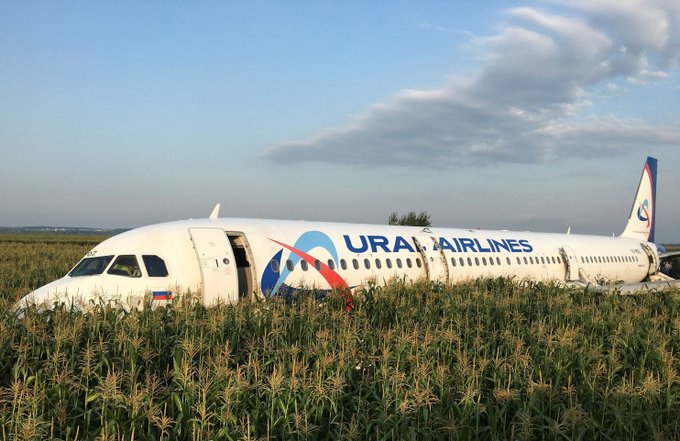 In August 2019, A Ural Airlines Airbus A321 hit birds – effectively losing both engines on takeoff from Moscow. When the pilots put the plane down in a cornfield, 74 people were injured. The plane was written off, as was the USAirways Airbus.

One startling story comes from Delta, where in 2011, a Honolulu to Japan flight had to divert to Midway due to a cracked windscreen. On approach, it collided with an albatross. The humans on board were fine, the albatross, not so much. (Don’t look, it’s sad. but you can read the full story below.) 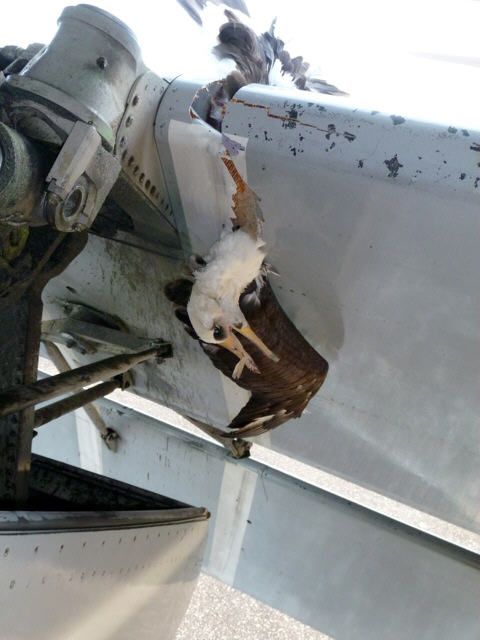 Delta Pilots – Not a Day to Play the Lottery