Appreciating New Twists on Food and Fireworks at Calgary Festival 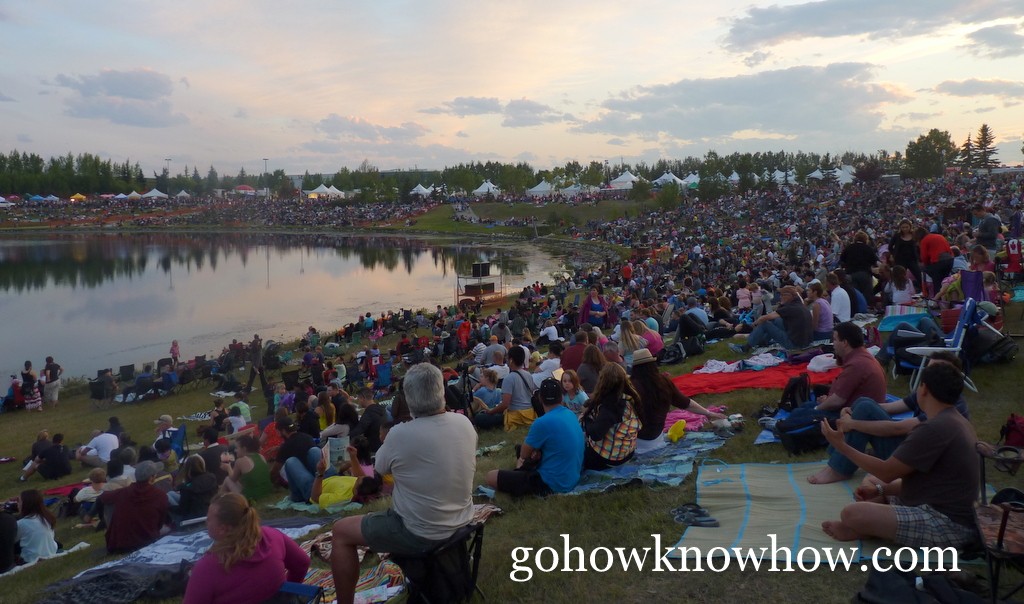 Calgary turns out for GlobalFest at Ellison Park

Calgary is city where winter arrives early, hits hard and sticks around for a long, long time. So it is no surprise that three months of moderate weather means a full schedule of outdoor activities and festivals.

The most famous is the city-wide rodeo celebration called Stampede. From what I hear, every company and household welcomes the Stampede with its own preview party. I missed this celebration held in July and many people I’ve met in Calgary have suggested this was a big mistake on my part.

However, I was in town for the opening of the 10th annual GlobalFest  which took place last night on a perfect August evening. Forget every stereotype of Canadians as a homogeneous mix of hockey-heads, the cultural makeup of Calgary is surprisingly diverse, with 200 different ethnic origins reported by the national population statistics agency. In fact, fully one quarter of the population can claim to be a minority.

GlobalFest is a celebration of this multi-cultural mix and what better way to appreciate our differences than to eat each others’ food, appreciate each other’s crafts and listen to each other’s music? 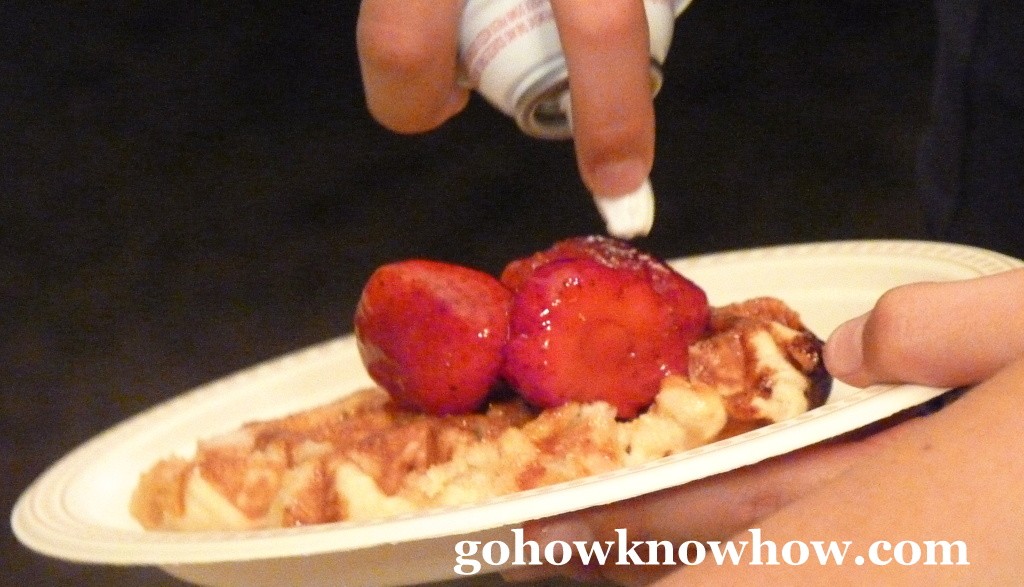 The smell of all those culinary traditions hit me the minute I walked into Ellison Park. Food tents selling everything from indigenous-inspired fried bread to Indonesian nasi goering lined one side of the long walk around the pond that lies in the center of the one-thousand acre park. For some inexplicable reason the waffles with strawberries and chocolate syrup and the mini donut tents had the longest lines. 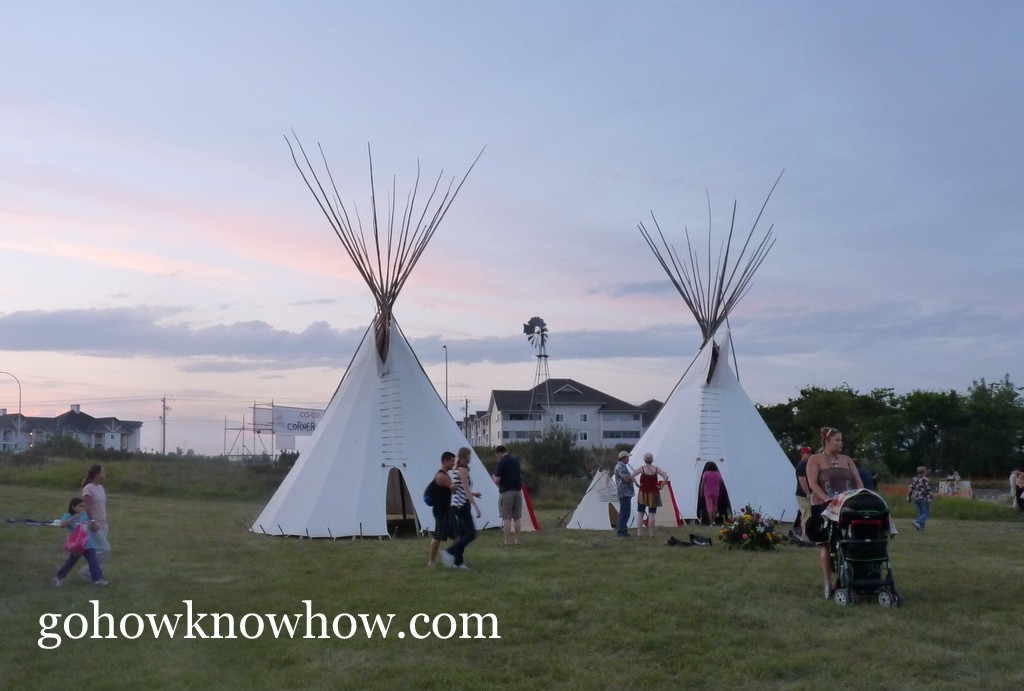 The field of cultural tents

Surrounding a big field were dozens more tents each occupied by teams of Canadian transplants hosting  exhibitions that showed off the best their countries have to offer; calligraphy from Iran, metalwork and woolens from Scotland. On a big center table in one tent, sat fruits so exotic they were unidentifiable without assistance from the Guyanaian hostess. 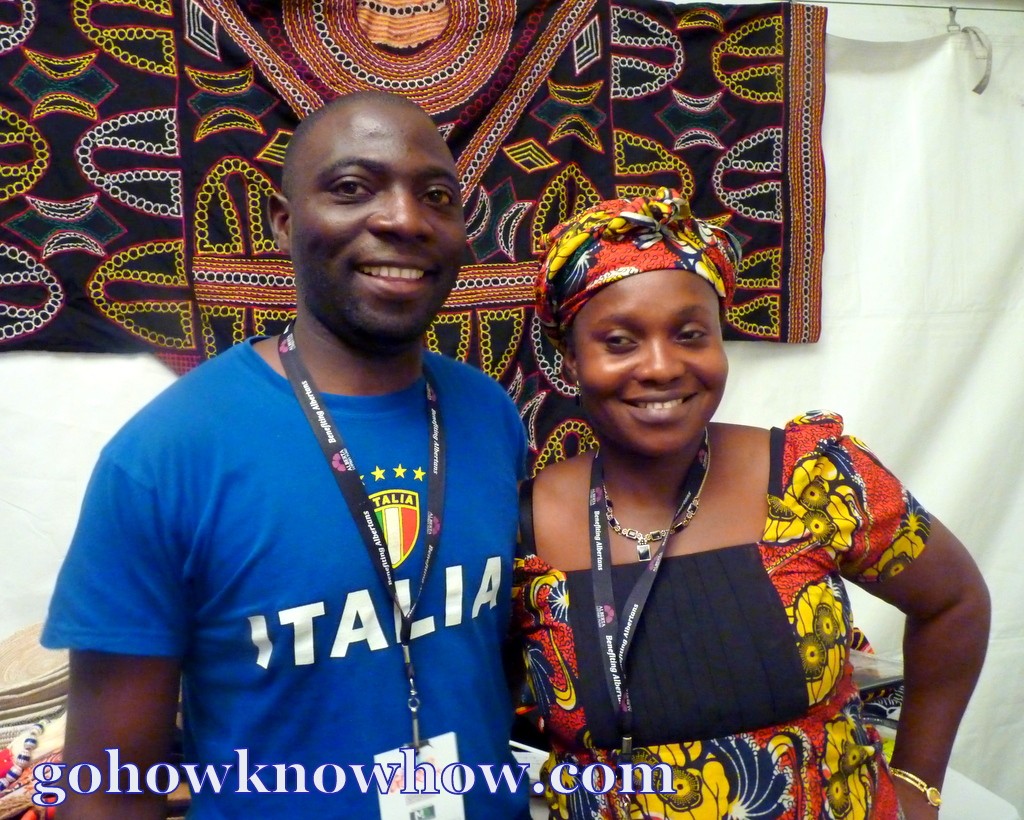 I lingered in Cameroon because the exceedingly hospitable Jude Dzevela Kong and Florence Songbi had so much to say. Florence, an accomplished embroider had decorated the white walls of the tent with magnificently stitched menswear called boubou’s. She was wrapped in a riotously colored dress that remained modest while clinging to her in all the right ways.  She couldn’t have been much older than Jude, but the young man called her “mama” because ever since Jude arrived in Calgary a year ago, Forence, who is his mother’s sister – had taken on the role. 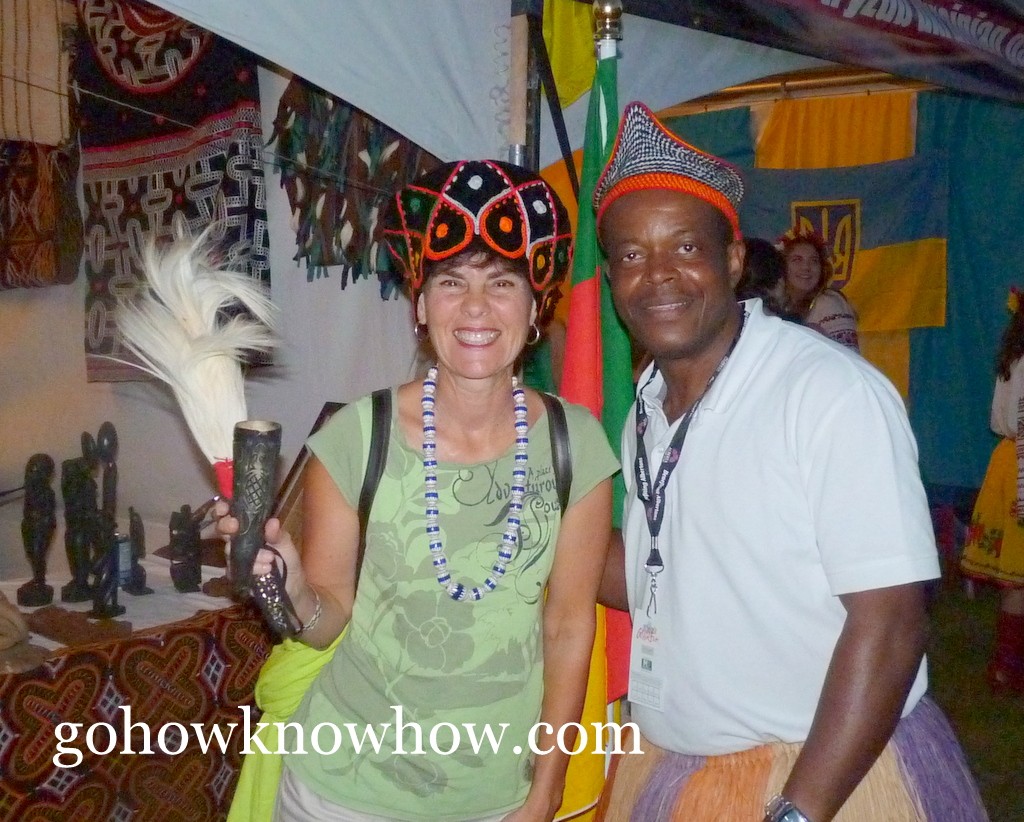 Jude took me through Cameroonian colonial history before sending me over to don a traditional hat and queen’s scepter so I could have my photo taken with his friend and fellow Cameroonian expat, Moise Ndoh.

On the nearby performance stage, I watched as Mexicans danced to a wild beat while balancing trays full of water cups on their heads. We were dazzled, then the dancers upped the challenge by placing beer and tequila bottles on their heads, tapping their feet and spinning around without missing a beat or spilling a bottle. 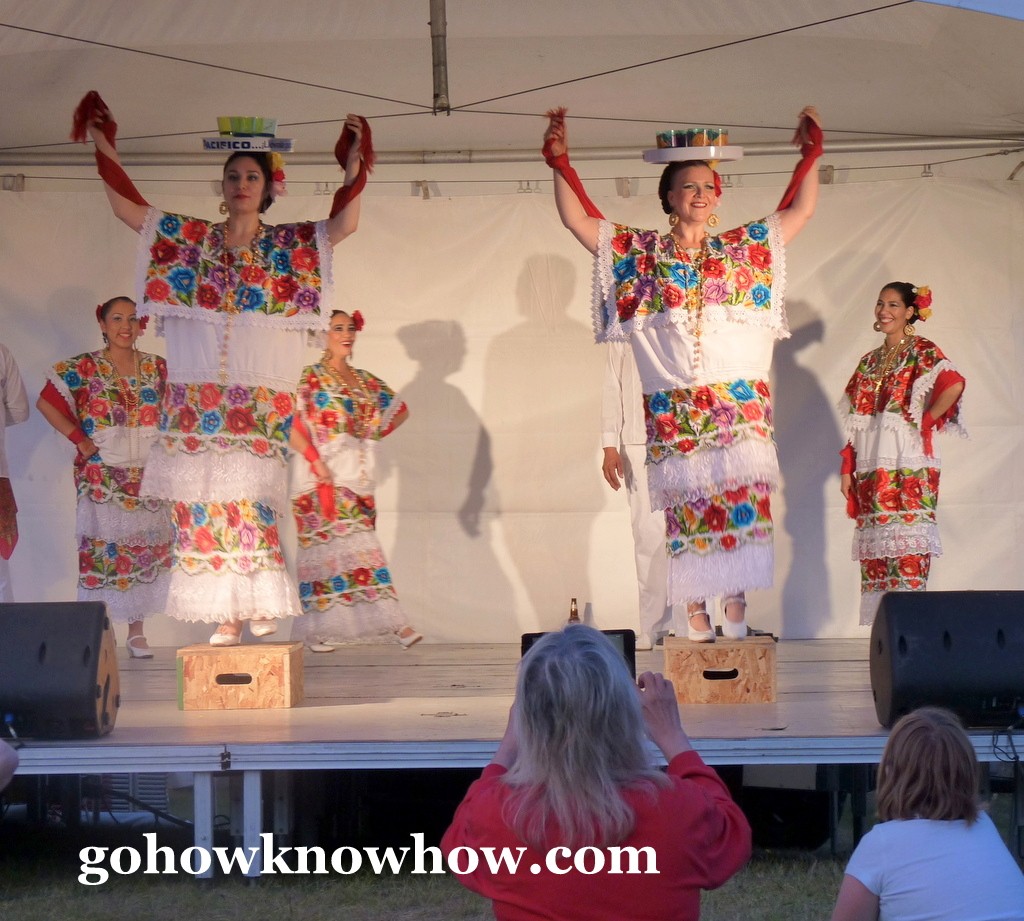 First with trays of cups… 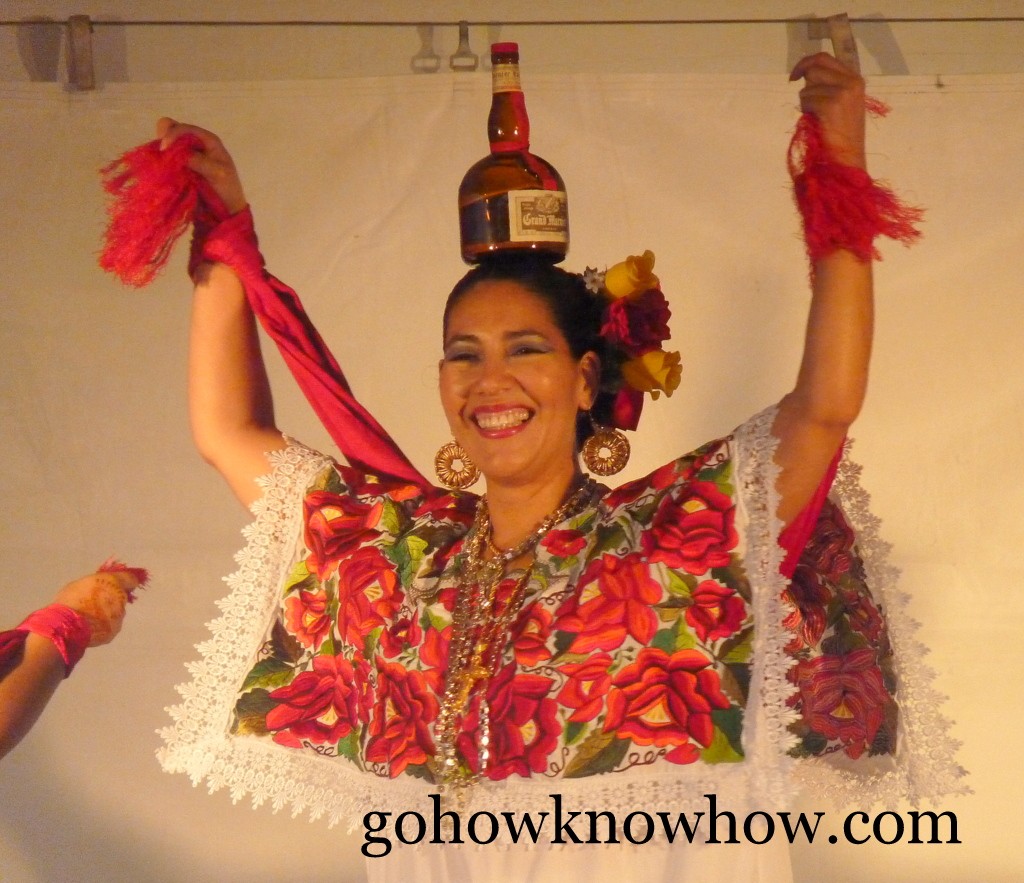 The lights went down and the tents snapped closed as darkness descended on the park because it was time for the fireworks. At GlobalFest, the show is actually a competition. The four countries selected for this year;  the UK, USA, China and France used pyrotechnics to interpret musical scores and it made for an interesting departure from the showy put-it-all-out-there noise and fuss of New Year’s Eve or Independence Day events. 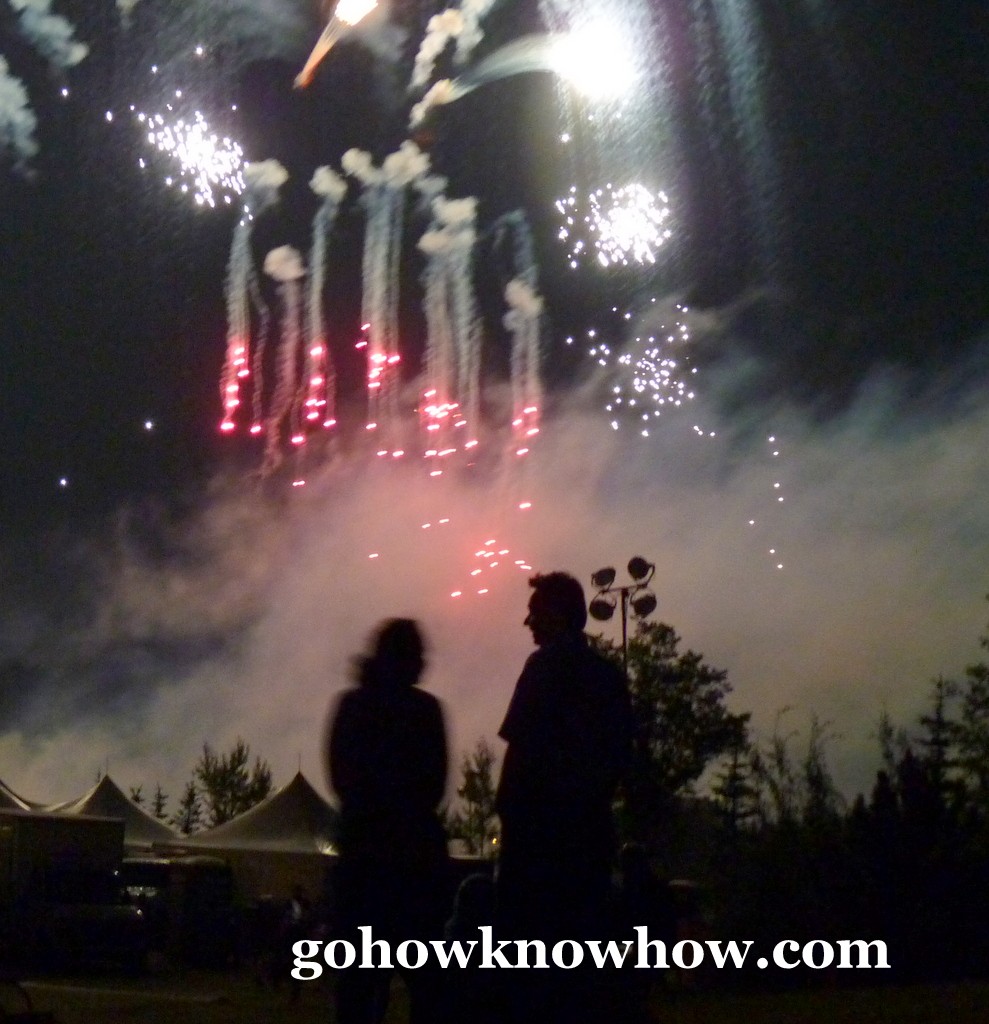 The music was haunting and lyrical and sometimes the fireworks were single slow moving showers of glitter. When the last spangly bursts slowly descended over the pond, announcers had to tell the crowd the show was over because there was no head-cracking, gosh-golly-wow big finish and curiously that was just right.

A cultural festival reminds us that our distinctive tastes help to define us wherever we live. When we share this part of ourselves with others we can do what the firework artists did; renew our appreciation of the familiar by giving it a new spin. 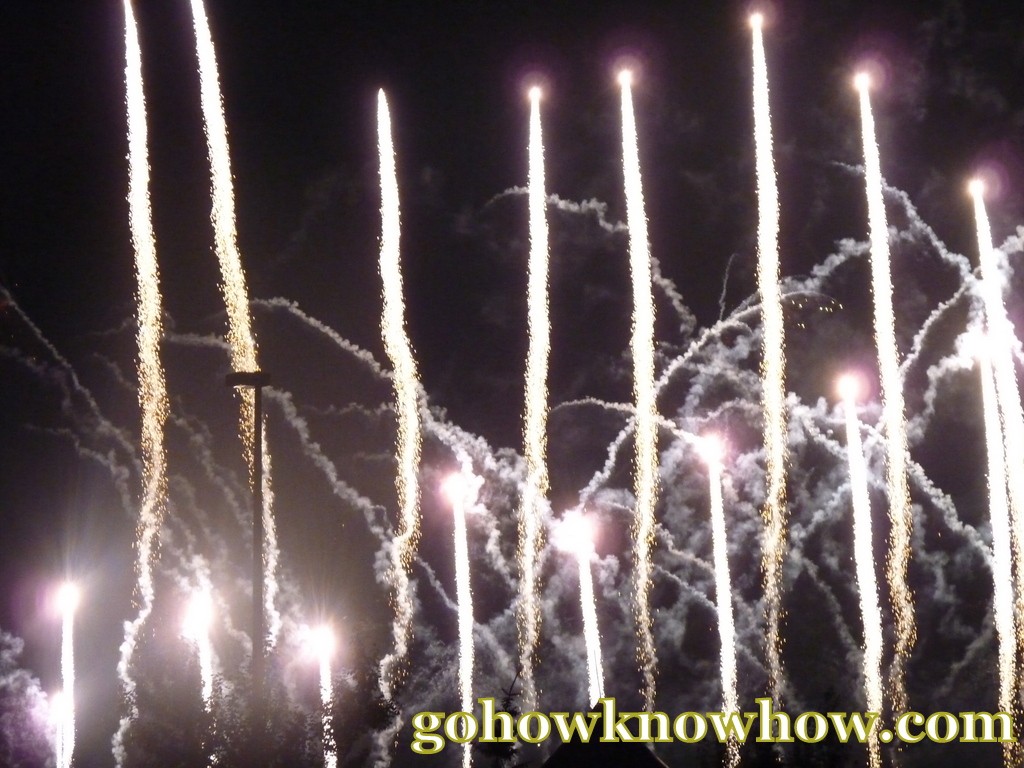 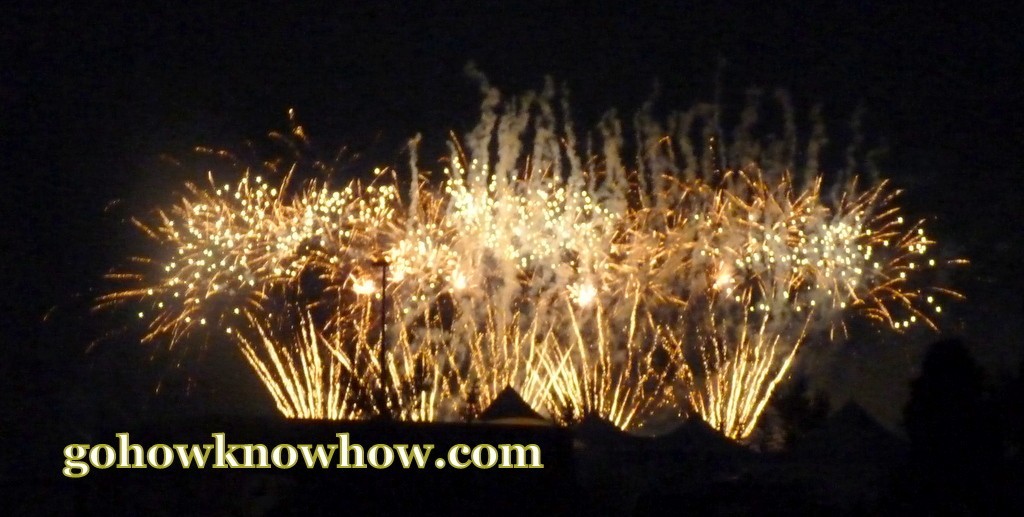