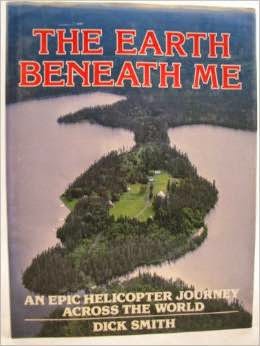 I spend so much time writing about the safety and economics of aviation every now and then its good to go back and remember that flying was pioneered by risk takers who were motivated by many things, convention and common sense not among them.

The role of adventurers in aviation was very much on my mind while reading Dick Smith’s thrill-a-page book, The Earth Beneath Me, the story of his solo helicopter flight from Fort Worth, Texas to Sydney, Australia in 1982. 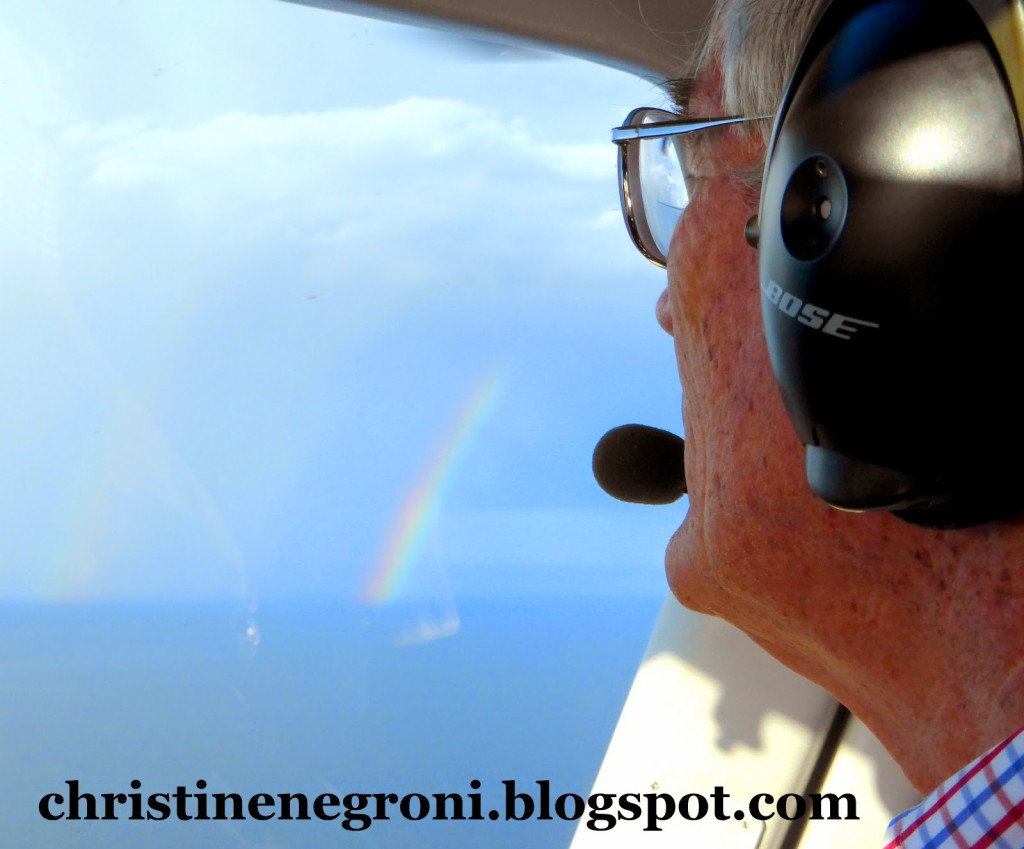 Smith flies us through a rainbow

I met Smith this past June and flew with him for a not-to-be-forgotten hour. An Enya tune filled our headsets as we climbed above the trees of Sydney’s Terrey Hills. Turning towards the ocean Smith directed the helicopter towards Sydney Harbor. Ahead of us, a magnificent rainbow stretched from sea to sky.

I shared a cockpit with him and I know that he was successful in circumnavigating the globe alone in a Bell Jet Ranger, but that did not stop my heart from beating double-time while turning the pages of the journal of his trip the following month. The Earth Beneath Me is filled with fingernail-biting stories and decisions made by weighing risks against benefits and finding only ounces of separation. 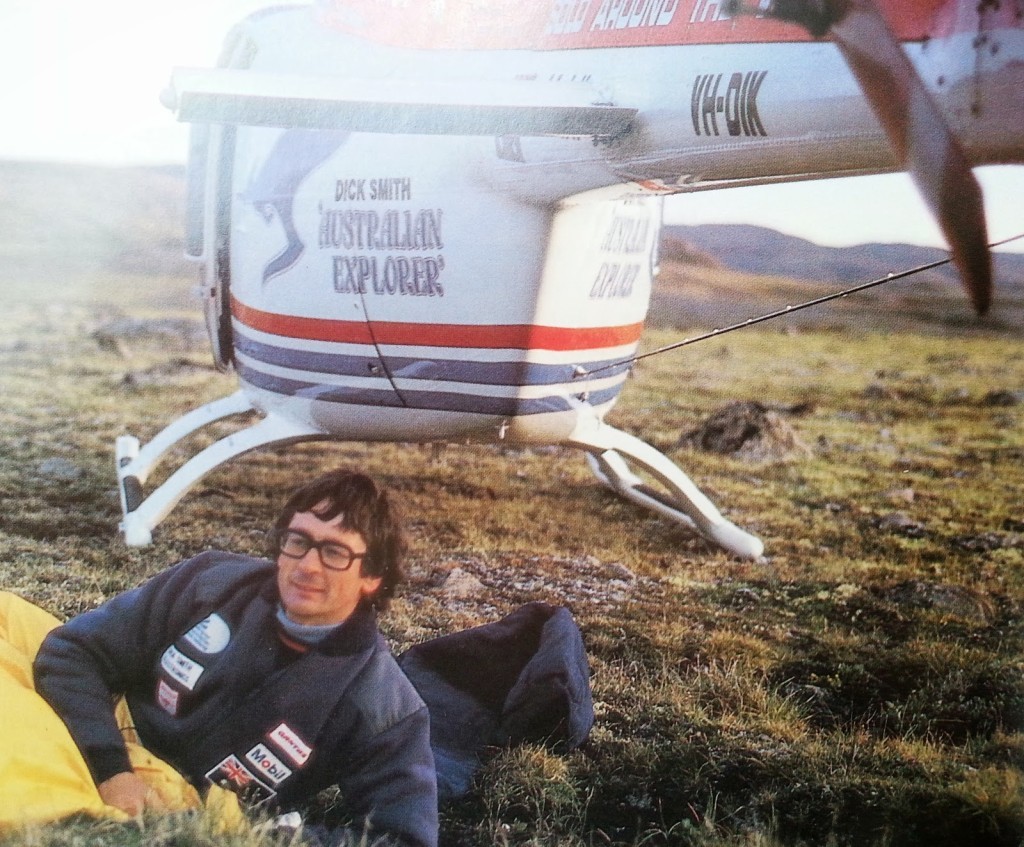 In The Earth Beneath Me, Smith is often afflicted with get-there-itis especially as he makes his first transoceanic crossing; a flight eastward over the Atlantic to make a previously scheduled appointment with Prince Charles at Balmoral Castle in Scotland. Weeks later he nearly has to call the trip to a halt when, after landing the Jet Ranger on a beach on the coast of Malaysia during a tropical storm, the aircraft’s skid sinks into waterlogged sand. Air safety woes pile up but the fates keep smiling on Dick Smith.

The book ends on his arrival in Sydney in October. The following May he is back in the air headed eastward to Texas where he lands two months later on July 22, 1983. 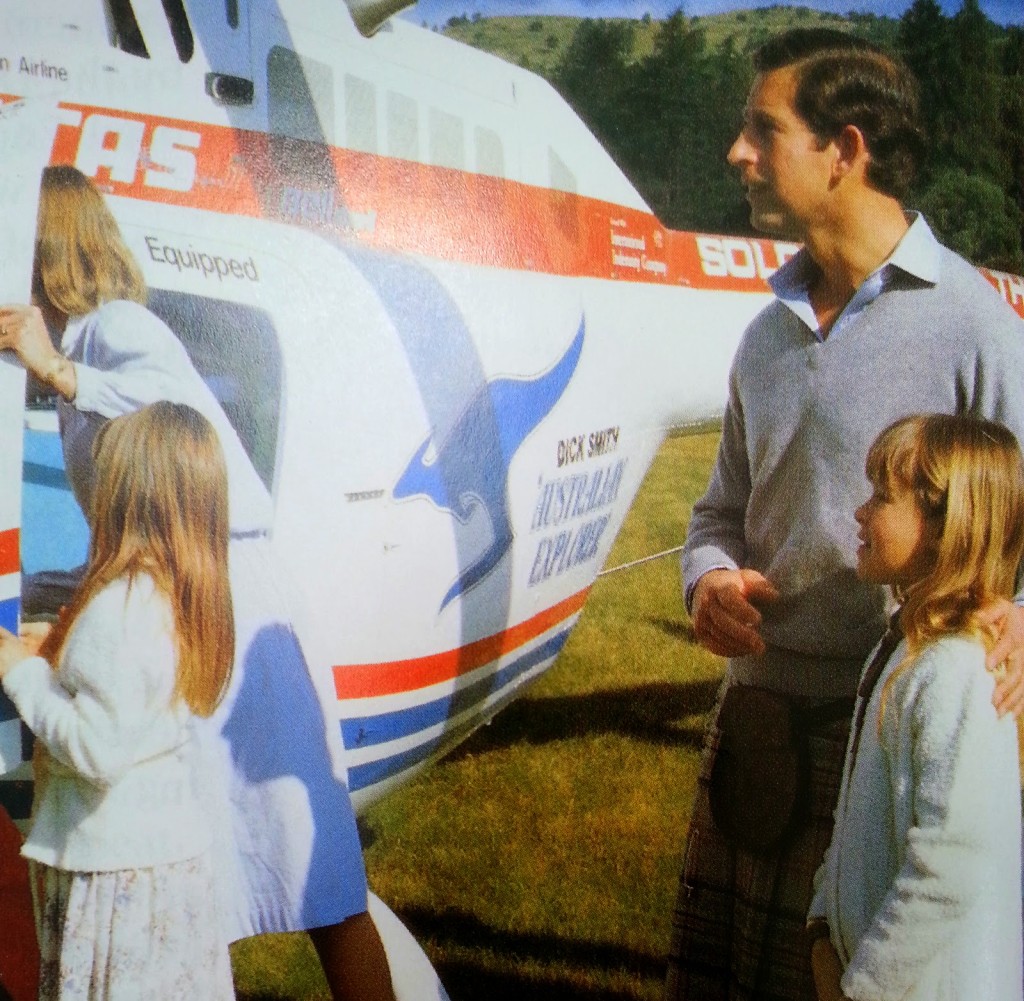 A 1987 helicopter trip to the north pole, a history-making fixed wing flight around the world via the poles in 1989 these are followed by a change in aircraft and a change in program. Flying a Sikorsky in 1994, his wife, Pip, an accomplished photographer joins him for yet another circuit of the globe. They tell that story in the photo book, Above the World. 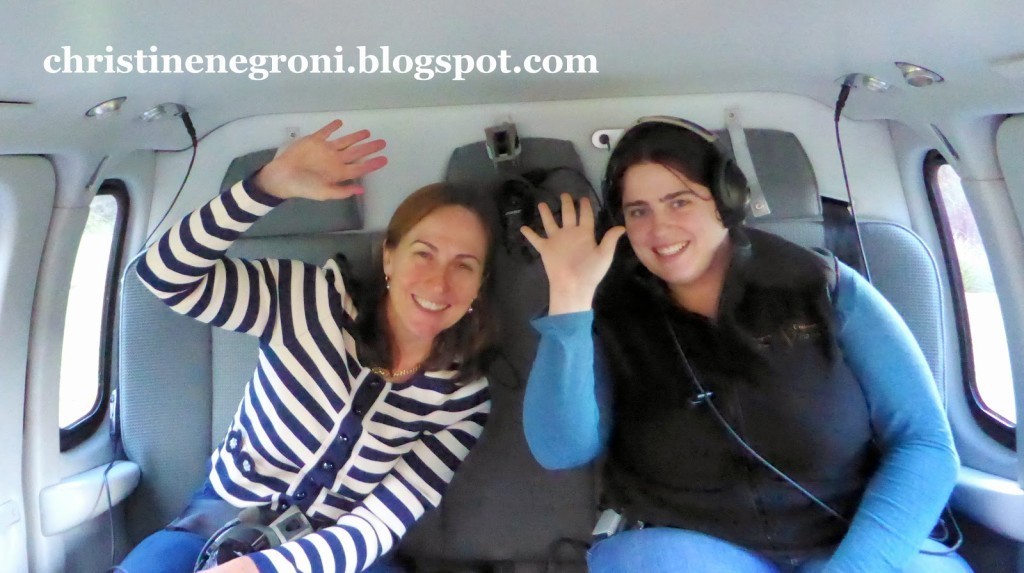 Coral and Sophia de Crespigny sit in the backseat

A pilot with a resume like that tends to alleviate any pre-flight jitters so for my June flight, I happily climbed in the left seat of Smith’s twin-engine AgustaWestland A109 while fellow passengers Coral and Sophia de Crespigny took the seats behind. (If the name de Crespigny sounds familiar that’s because Coral and Sophia are the wife and daughter of Richard de Crespigny, an Australian hero pilot and author of his own adventure flying a Qantas Airbus A380 with a couple of busted engines. Read more here and here.) 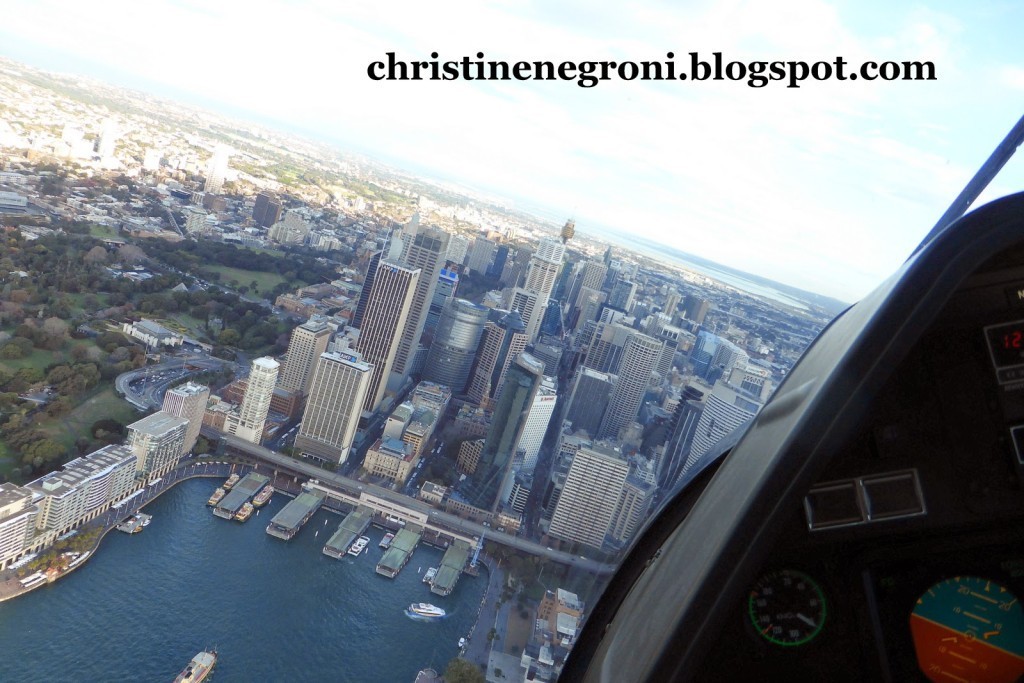 Smith has two daughters, so I’m going to guess Coral, Sophia and I were not the first of his passengers to get emotional as we hung in the sky over Sydney on that beautiful afternoon. Below us was the loveliest of cities.  And one of the most proficient helicopter pilots was our guide to it. 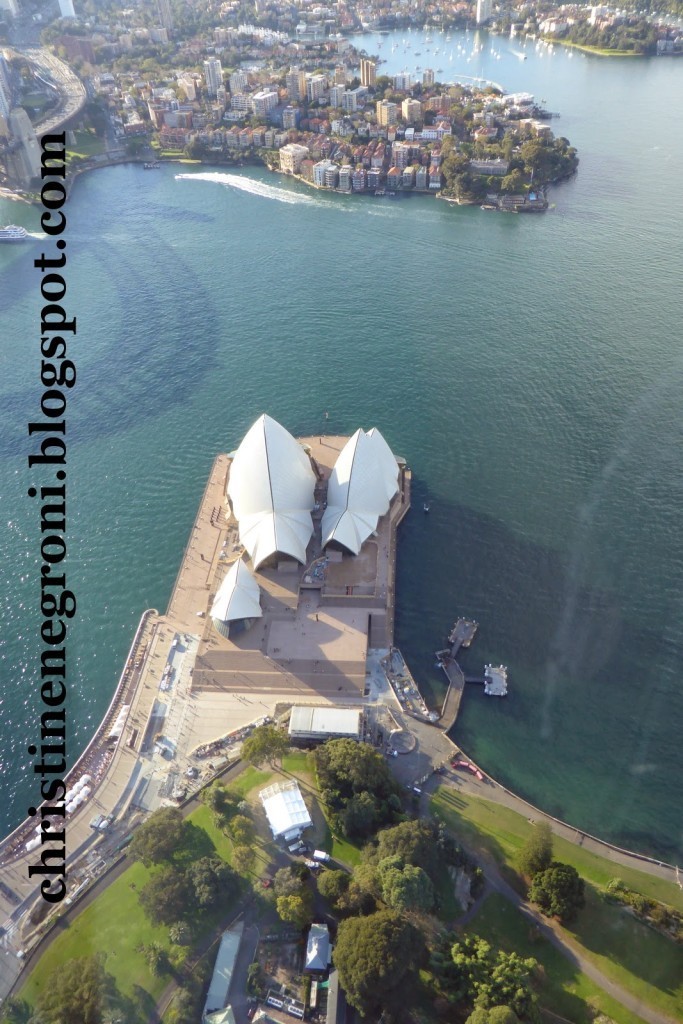 Only later, after he landed the A109 and towed it back into the hangar beside his flower-filled garden did Smith say the words that would give me pause.

“I’m a risk taker and its a drug,” he told me when I asked what motivated him to fly here and there in this machine or that from a Cessna Caravan to a hot air balloon.  “It’s the incredible adrenaline-pumping excitement of ‘can you get away with it?'”

A man who has repeatedly tackled the elements and won, financed by the success of not one but two businesses he started from scratch, is not likely to be a modest man and indeed, Smith is not. But while he praises his own risk management skills and the experience gained in thousands of hours at the controls, he is also effusive about contributions of the innovative, American-made machines he’s chosen to fly and he credits much of his success to the support and companionship of his wife, Pip.

Family man, businessman, pilot, adventurer, geographer, photographer, inventor, philanthropist, Dick Smith, is all those things. To my eye, he is also an illustration of flying’s glorious contradictions. Science and art, business and sport, simple and complicated, heart-racing, heart-stopping and heart-breaking. 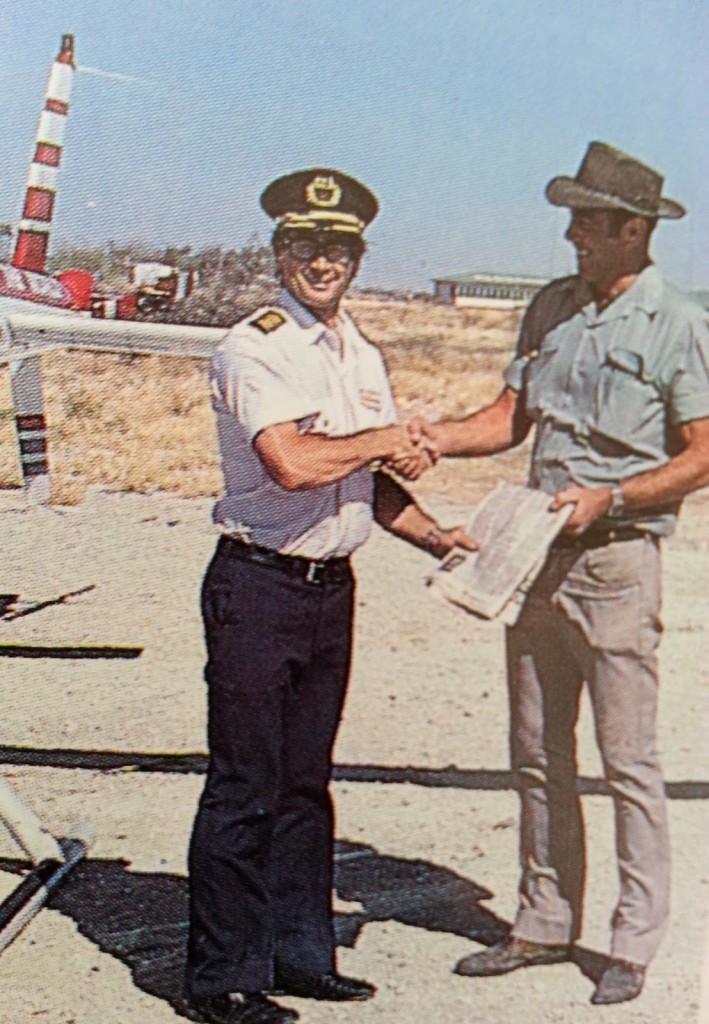 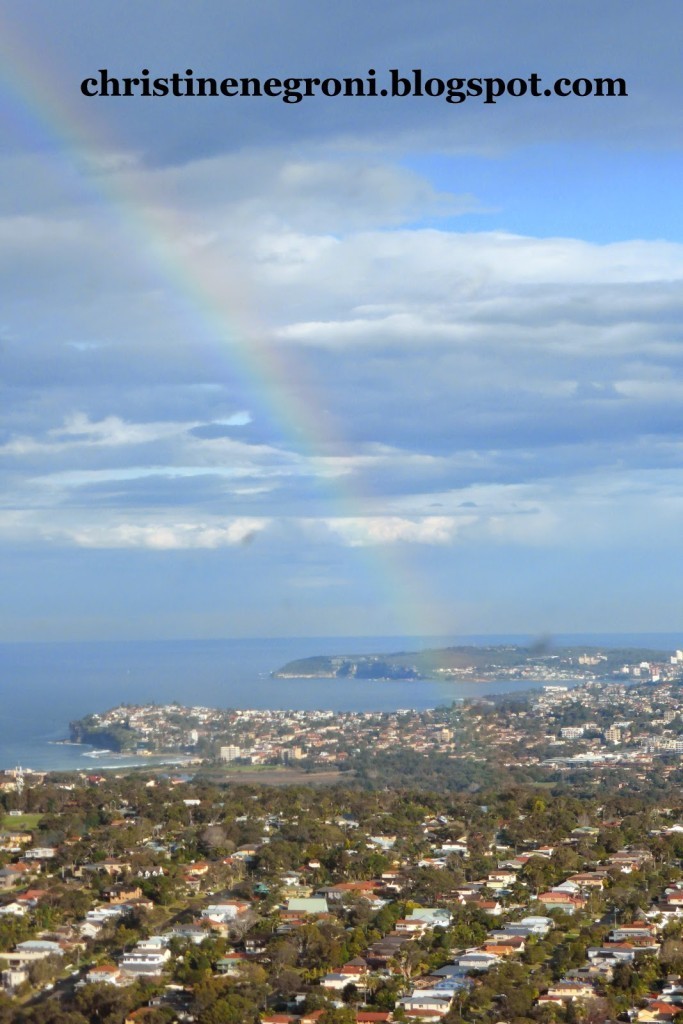 Flying into a rainbow over Sydney 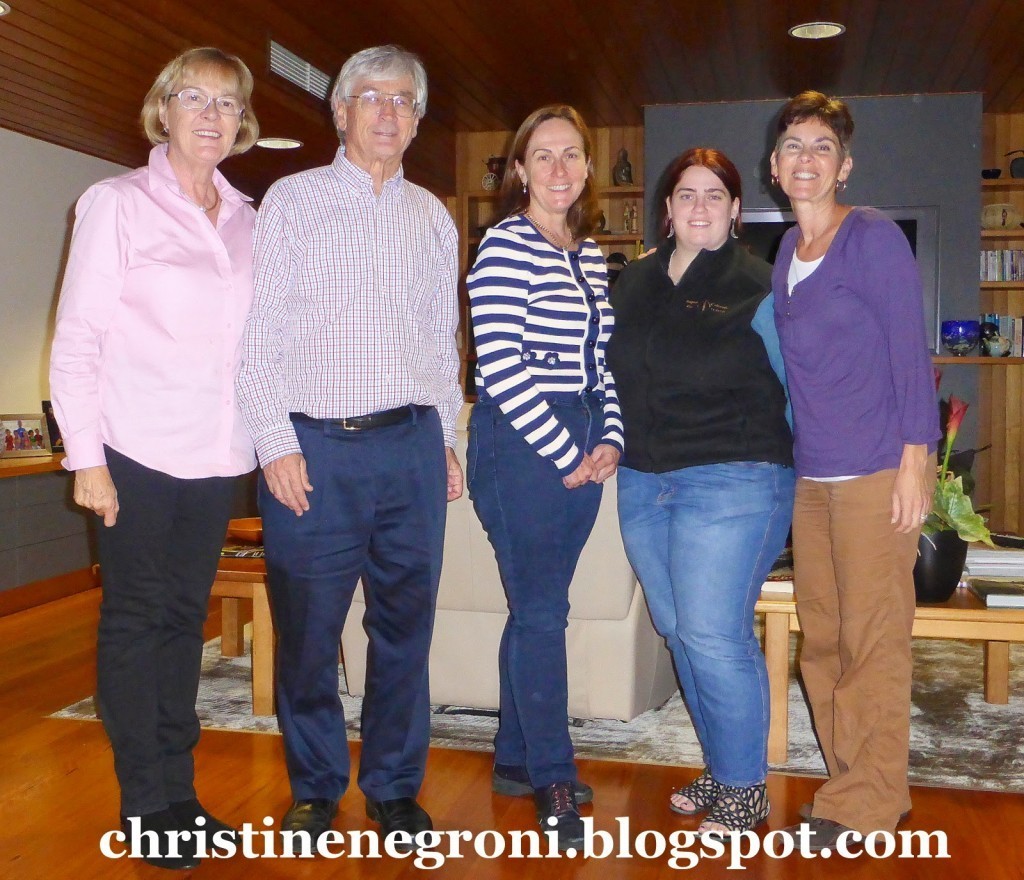 With Pip and Dick Smith and the de Crespigny women