Holiday Gift Ideas For Aviation Buffs (And Some That Give Back)

On a chilly afternoon a week or so ago, I intended to do a little Christmas shopping at an antiques and collectibles shop in Winsted, Connecticut. I can’t tell you what I was looking for without showing my cards to someone on my Christmas list, but I will admit that the only present purchased at A Step Back in Time, was the one I bought for myself.

My little wind-up aluminum BOAC Boeing 707 has given me hours of pleasure already.  And I bet you know someone who would enjoy an aviation-inspired something under the tree. Without respect to cost or convenience, I’ve prepared a list of gift ideas, some with the added benefit of social responsibility.

There are dozens of gift-worthy books about flying. Among my favorites is  Beryl Markham’s West With the Night. This memoir starts with Markham’s childhood on a horse farm in Kenya and proceeds through her adventures as a pilot, horse trainer and adventurer. She writes about her romantic entanglement with the less successful but equally daring pilot Denys Finch Hatton, who died in a plane crash in 1931 leaving at least two women bereft; Markham and his other lover, Danish writer, Karen Blixen aka Issak Dinesen.  If all that is not enough, Ernest Hemmingway called it “a bloody wonderful book.” He’s right.

For aspiring aviatrixes, (perhaps you know one or two,) I’m recommending, My Mom is So Fly, the story of a mom following her dream to become a pilot and the daughter she hopes to inspire. 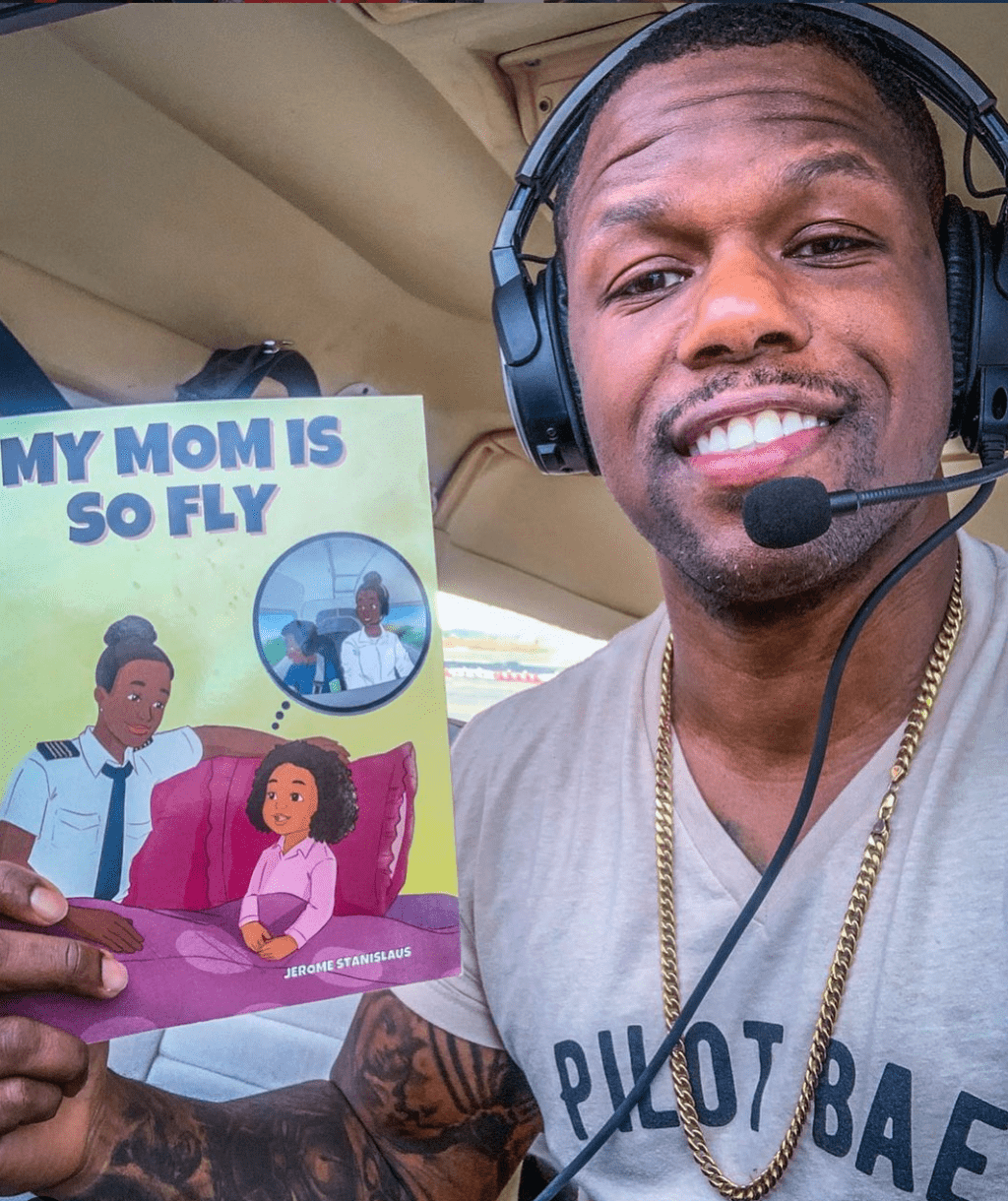 Jerome Stanislaus author My Mom is So Fly

Written by a former marine and elementary school teacher, pilot and parachutist, Jerome Stanislaus told AOPA magazine recently, his goal is to introduce career paths to children who otherwise might not be encouraged to pursue them.

Ernest K. Gann’s Fate is the Hunter was published three decades ago, and even then, he was writing about a period in commercial aviation that had long past and yet, one is riveted to the stories. They support his premise that while pilots, indeed all of us believe we are in control of our lives, Fate is the hunter and we are the prey. Quite a timely message for the year of corona.

I’m recommending the book, not the movie of the same name. Hollywood’s 1964 film version depicts a fictional air disaster and an airline executives’ fight to demonstrate that pilot error was not the cause. It’s an interesting idea but not well executed.

For a more realistic and thought-provoking film on that particular subject, the independent documentary Invisible Sky is worth a look. Previously only available at film festivals, this month it is viewable via Amazon’s Prime Video.

The documentary is based on the 2006 crash that killed the pilot, aspiring opera singer Georgina Joshi and her four passengers on a night flight to Bloomington, Indiana.  Financed by Joshi’s father, Yatish Joshi, who is also a pilot, Invisible Sky raises issues about accident investigation and accountability and if there are a few aviation enthusiasts present when it is watched, I guarantee it will prompt an energetic holiday dinner table discussion. 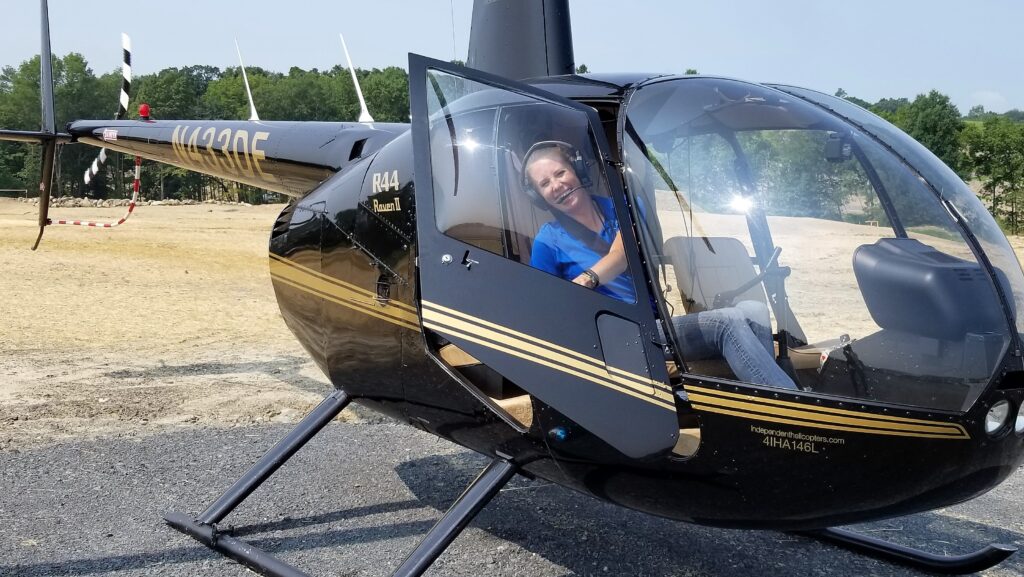 Just about every flight school offers discovery flights for between $150 and $275. Corona? Cold weather? Consider a gift certificate for sunnier days sure to arrive in 2021. Some flight schools offer online classes and simulator instruction such as Independent Helicopters in New Windsor, New York.

Heather Howley, owner and chief pilot of Independent, has another gift option too, an aerial holiday light tour. With this, the whole family gets in on the treat.

For an aviation experience somewhat bolder and definitely not related to holiday decorating, check out Sky Combat Ace for acrobatic and dog fight flights from airports in California and Nevada.

Run by former Air Force F-16 fighter pilot Richard “Tex” Coe and his partners, Sky Combat takes tourists on extreme flights over the desert in Extra 330s. The experience lasts under two-hours but probably feels much longer. Whether that’s a good thing depends on the recipient.

I will preface the introduction of this following category with a reminder that I have flown with the Thunderbirds.  And with my badass bona-fides having been established, I will admit, I think windup toys, historical artifacts, and yes, aviation jewelry are great gifts.

Linda Freier of the Pan Am Museum Foundation, recently and quite unexpectedly, sent me an opera-length strand of “Pan Am Pearls.” As the story goes, back in the jet age, flight attendants laying over in Hong Kong had a habit of picking up pearls. As the modest white beauties were approved to wear with the uniform, they soon became a cabin crew tradition. Now, Pan Am pearls are for sale at the foundation’s online gift store. 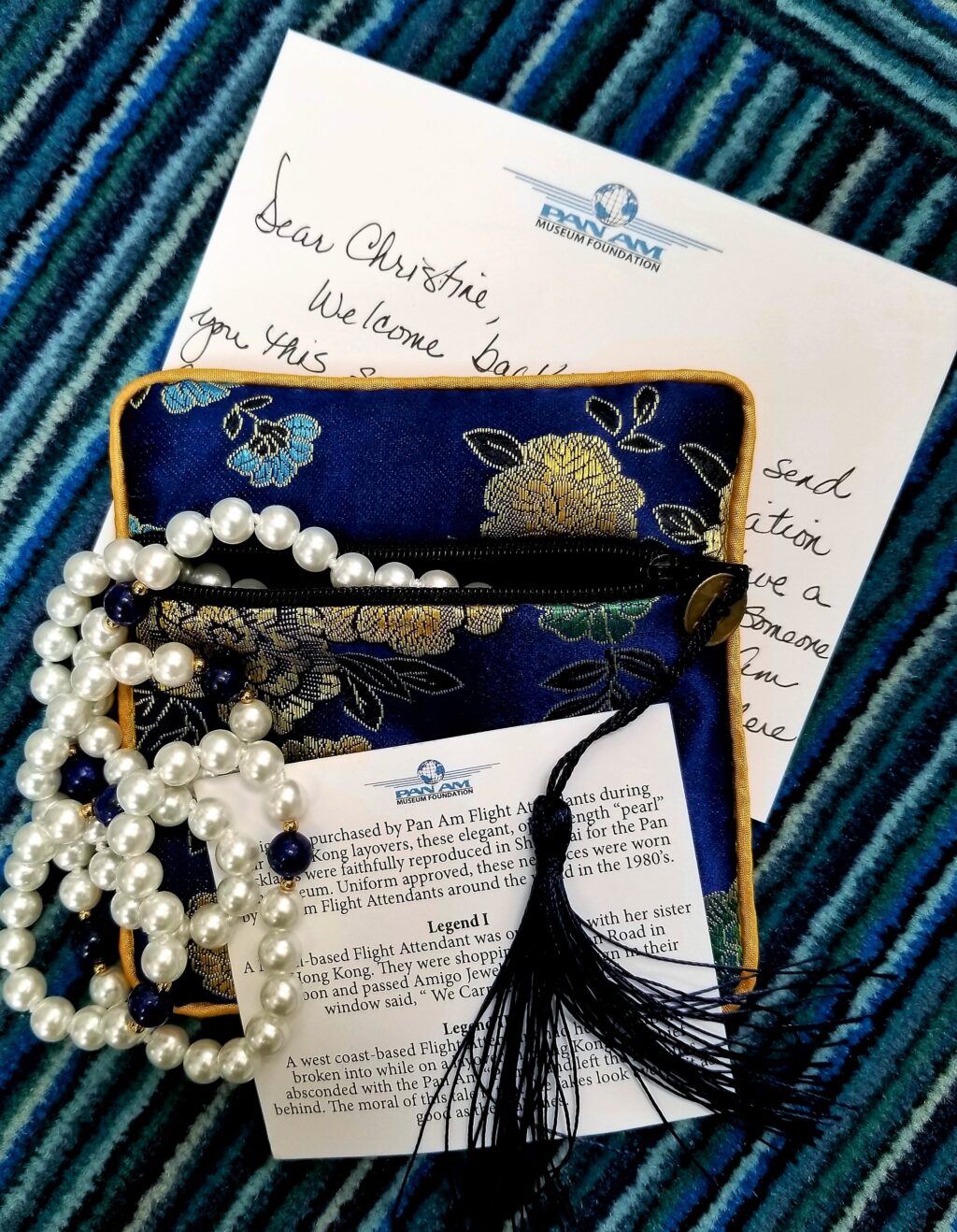 Plane tags made from the aluminum of retired airplanes are quite the stocking stuffer. A quick Google shows lots of them for sale online, but look first at PlaneTags, which goes to some length to identify and label each tag with the specific fuselage from which it comes.

With a small but authentic inventory, Tokens & Icons has four Boeing 707 artifacts. As an aside, while working on a story about Pan Am, I visited Milan Micich and Ward Wallau at the company headquarters in Berkeley, California. There I discovered a 15-foot section of a Pan Am jetliner decorating the office wall. (Read more about that, in Air & Space, here.) 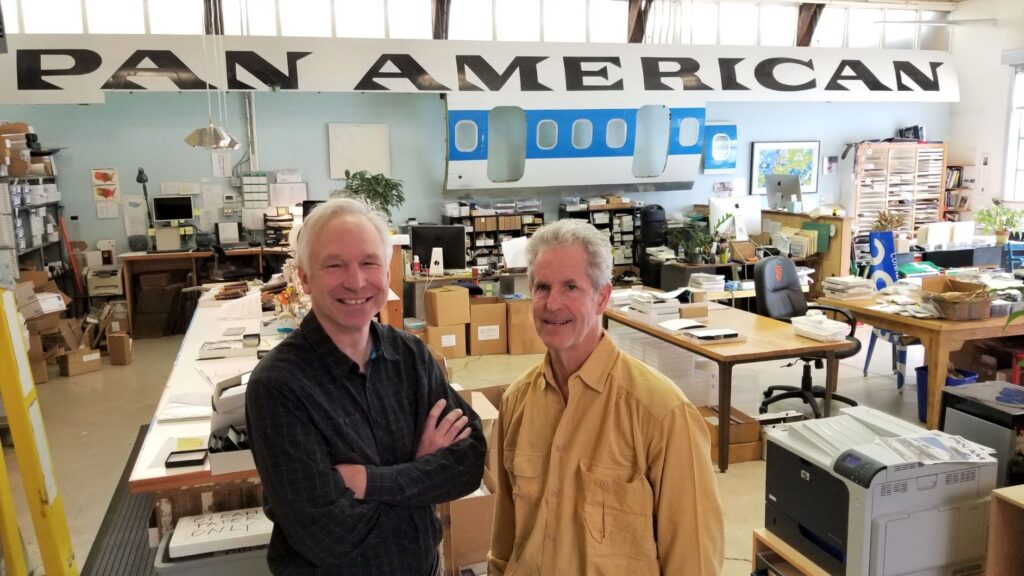 Finally, holiday season or any season, we owe a gift to all the Rosie the Riveters, the women who served with little fanfare in World War 2. This includes my own mother-in-law, who welded ductwork for Corsairs at the Chance Vought factory back in 1942 and about whom I wrote 10 years ago.

It has taken nearly 80 years, but last week, the president signed into law the Congressional Gold Medal Act, sponsored by Pennsylvania Congressman Bob Casey. The law recognizes the tremendous service and patriotism of the Rosies.

We can celebrate this positive step while treating aviation aficionados with something from the Rosie the Riveter Foundation store. From bandanas to lunch boxes, tote bags to tee shirts, this is a gift that says “Happy Holidays.” And it also says “Thanks.” 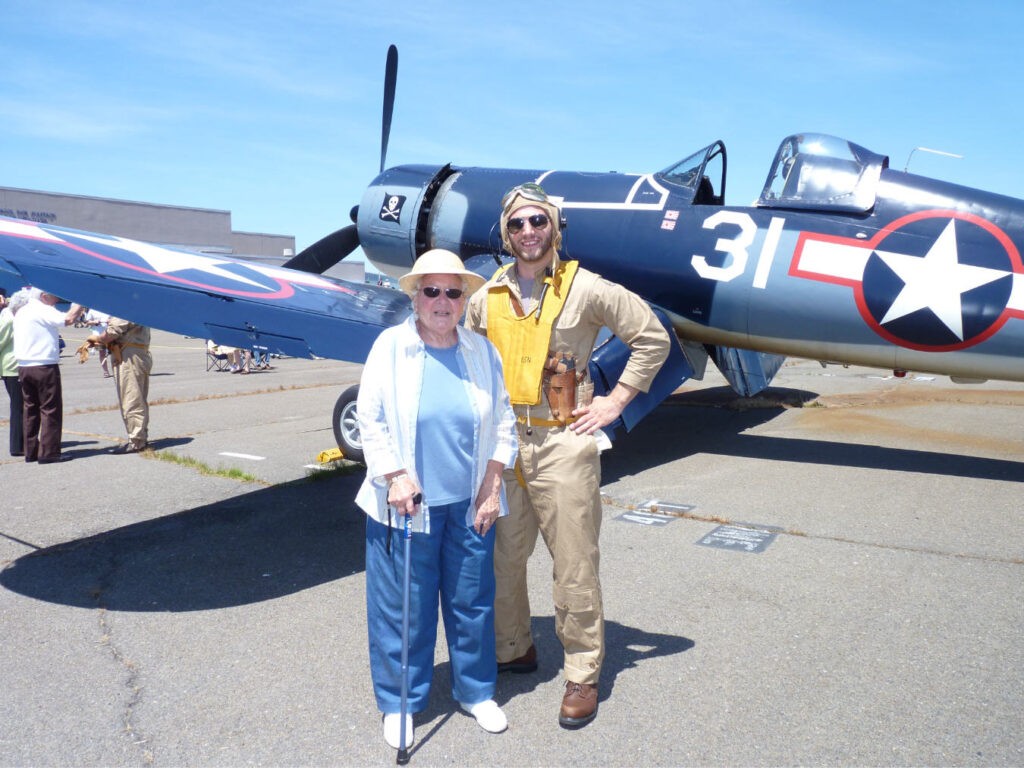