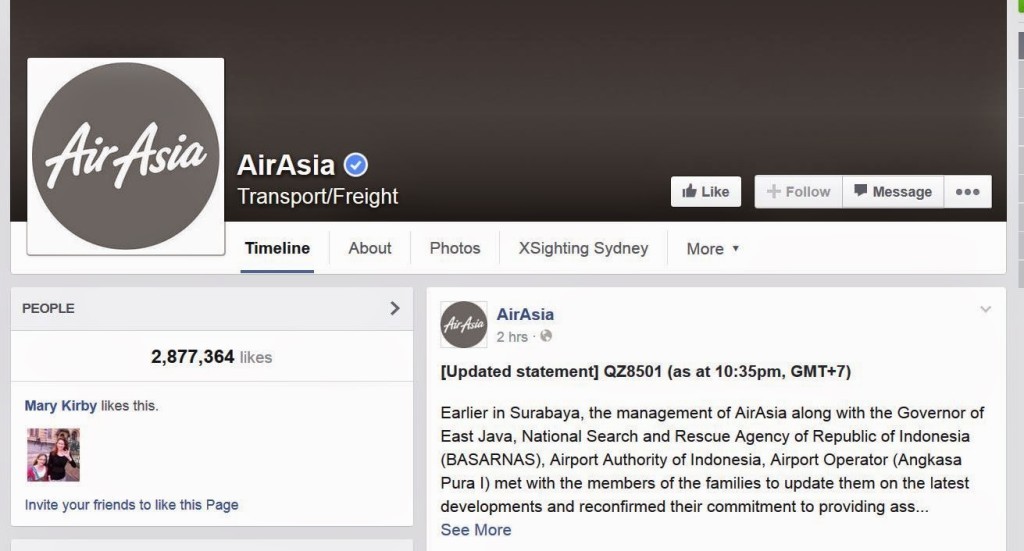 When Air Asia first learned it had lost flight 8501, en route from Surabaya to
Singapore on December 28th, the airline was somewhat prepared; its
communications department had recently attended an IATA event focused entirely
on handling crises in the digital age.

It would not be the first airline to lose an
airplane, or even the first to have one mysteriously disappear in some vast
expanse of ocean. Why not learn from the experience of others? The benefits seem clear, at least as far as the airline is
concerned. The same cannot be said for Indonesia’s government.

This is a country with more than its share of air accidents, at least four planes in the last two decades have
crashed into the water. After all, Indonesia is country of 17,000
islands, the world’s largest archipelago . 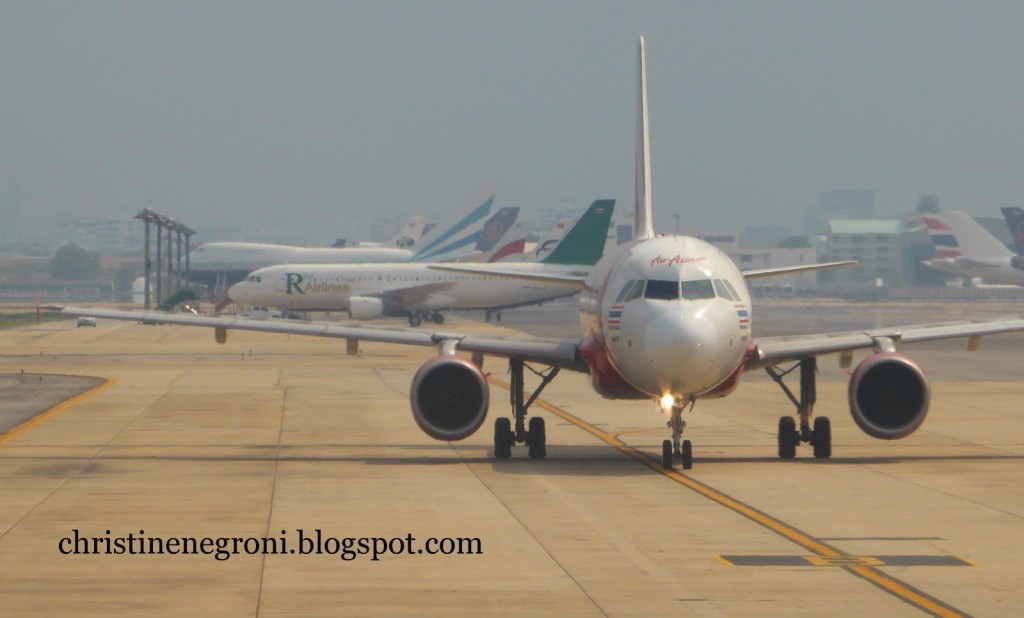 So it is mystifying that the national effort to recover the
Airbus A-320 and the remains of the 162 people on board looks as if it is being
handled by first-timers.  Wreckage is hauled up and repeatedly dropped
back into the sea. Twenty percent of the Navy’s divers are sidelined by
decompression sickness.

“I told them safety first. But as we know soldiers,
they are always working hard to find the bodies,” Indonesia Navy commander
Rear Adm. Widodo was quoted as saying on CNN.  “They are not thinking
about safety but about doing their duty.” 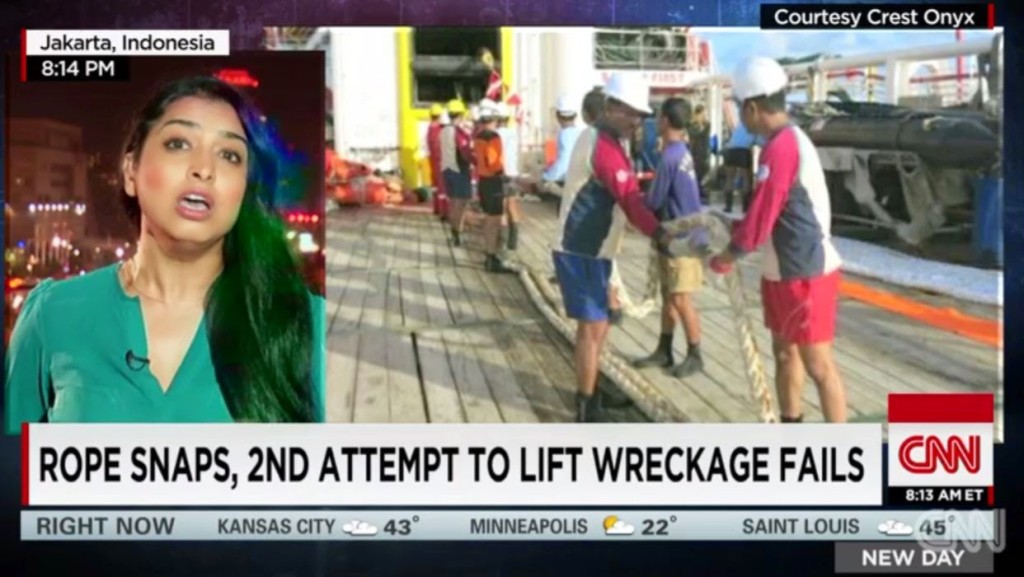 When the military ship assigned to haul up QZ8501 raised and
dropped segments of the plane for the second time, I dialed up Steven Saint Amour, who has been involved in the deep water recovery of a number of
airplanes over the years from the 1994 recovery of Itavia Flight 870 (Read more in my forthcoming book, The Crash Detectives)  to Air
France 447 in 2009. I called because I wanted to understand what could cause lines to snap when hauling wreckage out of the water. 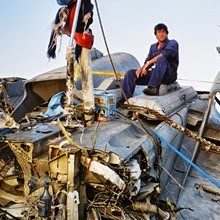 Saint Amour with wreckage in 2002

“When a plane crashes you end up with a million razor
blades. Everything has sharp edges,” he told me. When using lifting straps
he described a belt and suspenders approach that involves wrapping the straps
in duct tape and then running all that through fire hoses to protect the lines
from bare, shredded, knife-like metal. “Chain works great too, but the
disadvantage is that it is heavy,” and difficult to manage when trying to
thread under wreckage or through windows and other openings in the plane.

Steve’s company Eclipse Group, based in Maryland, actually
contacted the Indonesians looking for a contract to provide its services to find and retrieve QZ8501. “We never heard back from them,” he told me. As far as Eclipse is
concerned that was just as well, as their next assignment was locating and
recovering another missing airplane. 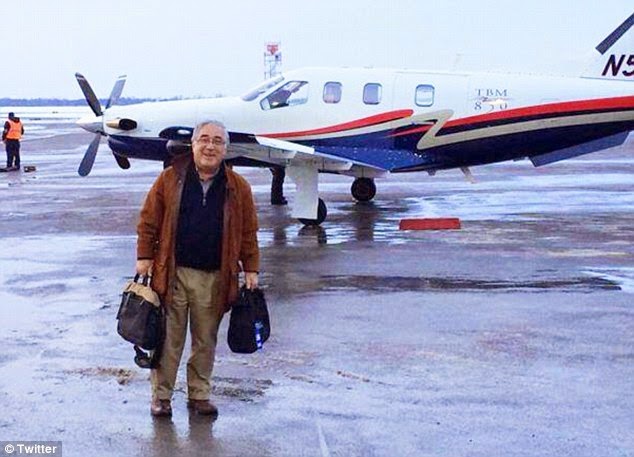 On September 4, 2014 controllers lost contact with a Socata
TMB 700 piloted by New York businessman Larry Glazer who was traveling from
Rochester to Naples, Florida with his wife Jane. Glazer reported trouble with
the airplane and asked to descend to a lower altitude but there was no further contact.
The plane continued to fly on a straight course until running out of fuel northeast
of Jamaica.

On January 21, while the Indonesian Navy was struggling with
high seas and military divers who could work 10-15 minutes at most at the 120
foot depth where the AirAsia plane rests, the adult children of the Glazers
were issuing a press release thanking Eclipse and the Jamaican government for
the recovery of their parents and parts of the plane from seas more than nine thousand feet deep.

Saint Amour isn’t trying to sound smug, when he describes
the six-day survey and recovery operation in the Caribbean, “We’re proud of the
fact that we had an aircraft that nobody thought we were going to find and we
had a successful mission.” 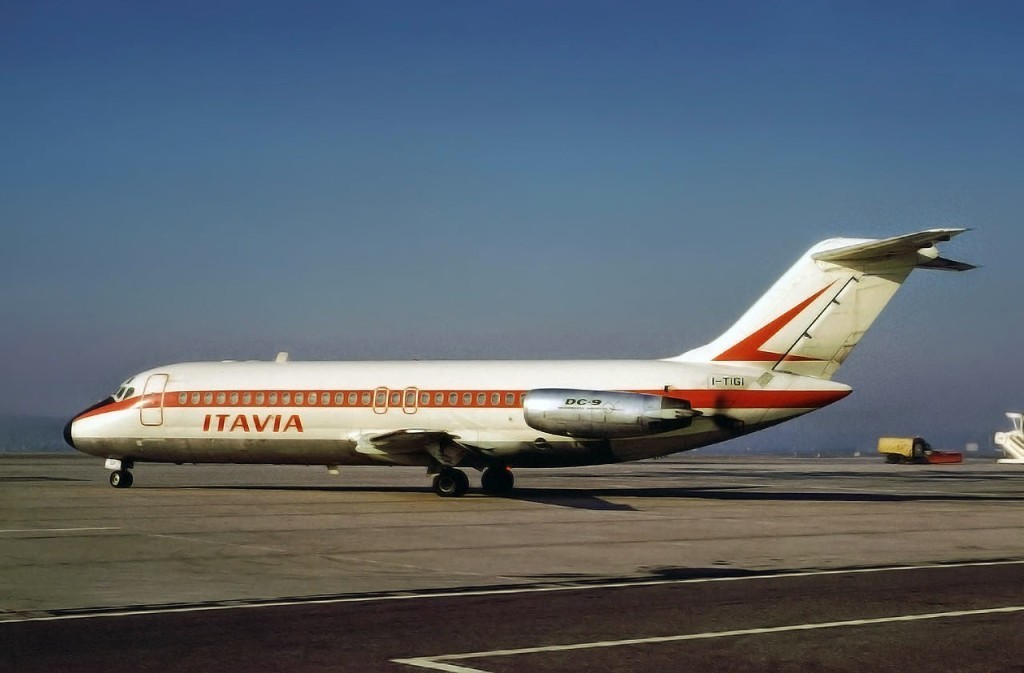 In fact, he
spent some time during our call describing how during the Itavia Airlines recovery from ten thousand
feet below the Tyrrhenian Sea, the crew dropped the DC-9s
wing back into the water.

“Nobody got hurt, we realized what we had done and adjusted
accordingly,” he said. Left unsaid is how that experience and others over two
decades of wreckage recovery contributes to success.

Today, after pulling 70
bodies and the plane’s black boxes out of the Java Sea, the Indonesian military announced it was calling off any further recovery and apologized to the
families. There are many words to describe the work the Indonesian government has done over the past month, but “success” wouldn’t be among them.