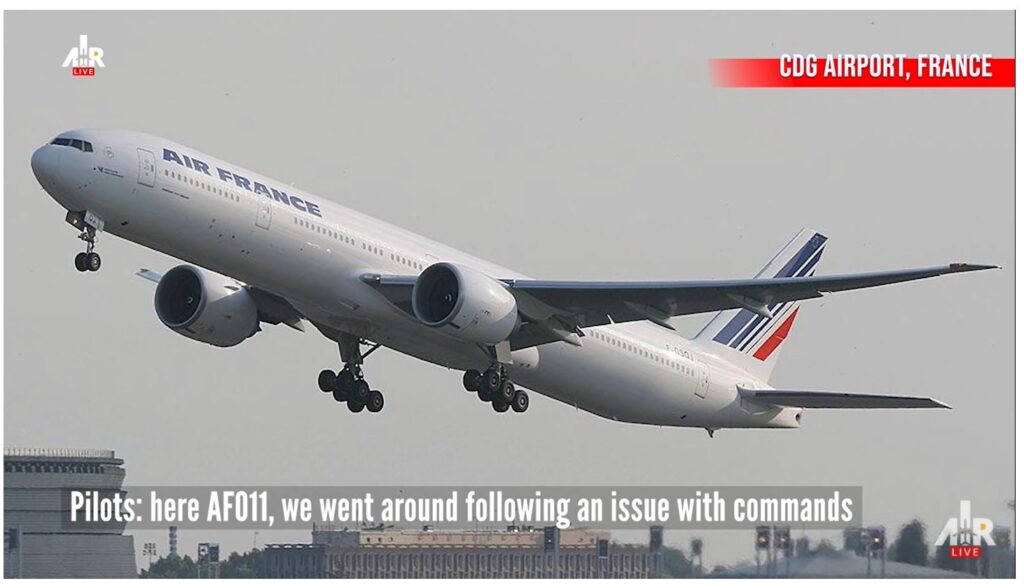 Frances’s air accident investigation office has opened a probe into Tuesday’s near-disaster of an Air France flight from New York to Paris.  Flight 11, a Boeing 777 was on final approach and descending when air traffic control heard a transmission from the cockpit of human grunting and alarms. The controller repeated the runway clearance information several times before the crew answered.

Controllers saw that as the plane continued its descent it veered off the flight path and to the left. At this point, the pilots initiated a go-around.

In the ATC tape of the episode which can be heard via the Airlive YouTube channel here, the pilot can be heard saying with some alarm, “stop, stop” in English. The next transmission from the cockpit was in response to the ATC query, The pilot replied “I call you back,” also in English. 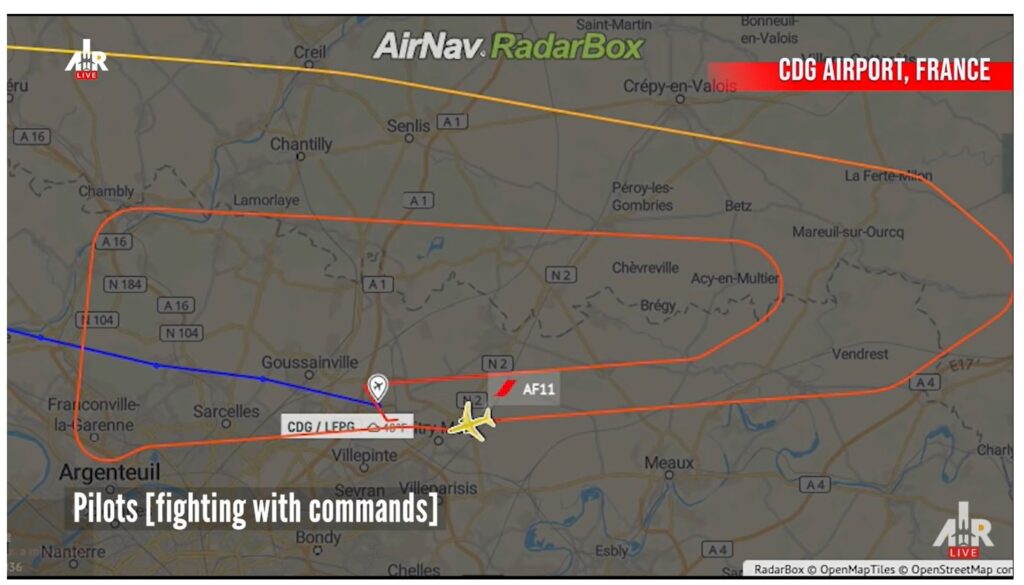 The pilot operating the radio is breathing hard as he tells ATC the flight has made a go-around. Shortly thereafter he tells ATC the crew had a problem with flight commands and that the airplane was unresponsive. (As these  transmissions were made in French, they are not necessarily direct quotes.)

The BEA tweeted that ordered a review of both the CVR and FDR characterizing the event as “serious”.

In a statement, Air France described the go-around as a “normal procedure”, which it is though go-arounds are not typically investigated by safety officials.  In characterizing what happened on Flight 11 as a “technical incident” the airline is at odds with the BEA’s call that the event was “serious.” The audio transmission speaks for itself.

Pierre-Loïc Jacquemin, a passenger on the flight told a French journalist that on approach as the plane descended through a cloud layer, he felt several sharp jolts. which “surprised” passengers. He said he and others cried out at the time. After about 10 minutes, he said the plane landed and the sensation was “gentle.”

According to AvHerald‘s reporting of the ADS-B data, on the first approach, the airplane was at 1725 feet, four miles before the runway threshold on the glideslope when it deviated to the left.

Early speculation includes the possibility of 5G interference. France was one of the last European countries to begin implementing this communication technology. And, like the United States, last year the French Civil Aviation Authority warned of the potential for 5G interference with airplane altitude instruments. At the time it urged airlines to be sure that passengers had phones off or in airplane mode during flight.  And while 5G may be part of the investigation the BEA may opt to examine maintenance, avionics and software, and training among other things.