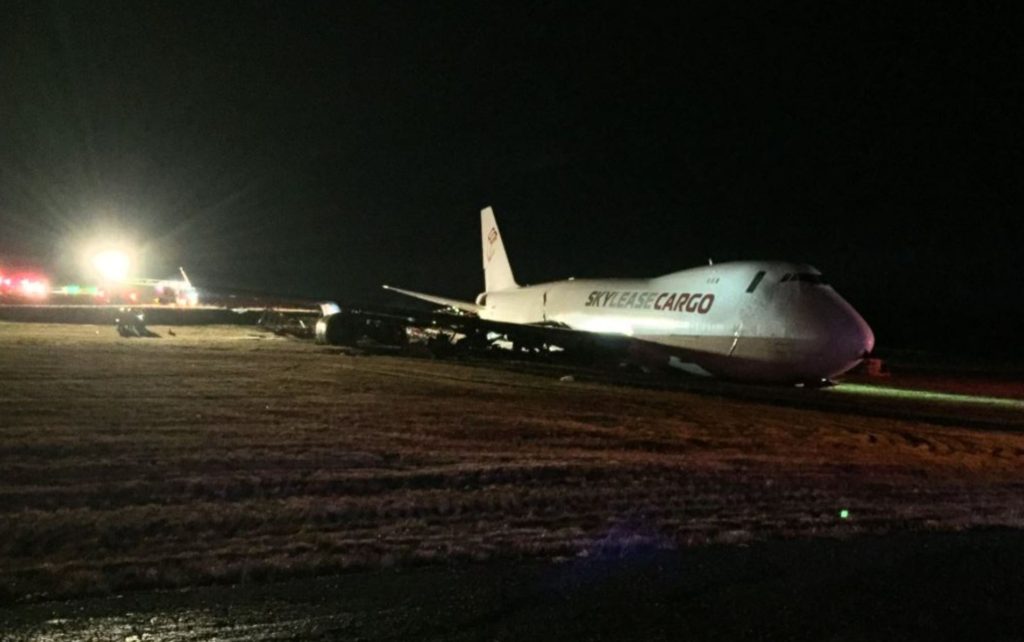 A Boeing 747 Sky Lease Cargo flight skidded off the end of runway 14/32 at Halifax Stanfield International Airport, after a flight from Chicago on Wednesday morning. Nathan Coleman of Canada’s weathernetwork.com captured photos and video of the jumbo jet, up to its lower cowlings in the dirt on the left side and resting on the fuselage.

The airport was shut down shortly after 5:00 am local time but some flights have resumed. Four people, all members of the crew were taken to the hospital. There does not appear to have been anyone else aboard the flight which was headed to China after the stop at Halifax, an airport spokeswoman said.

The Canada Transport Safety Board says it will investigate.

This is the third Boeing 747 and the second cargo flight to come to an unceremonious stop in the past month. 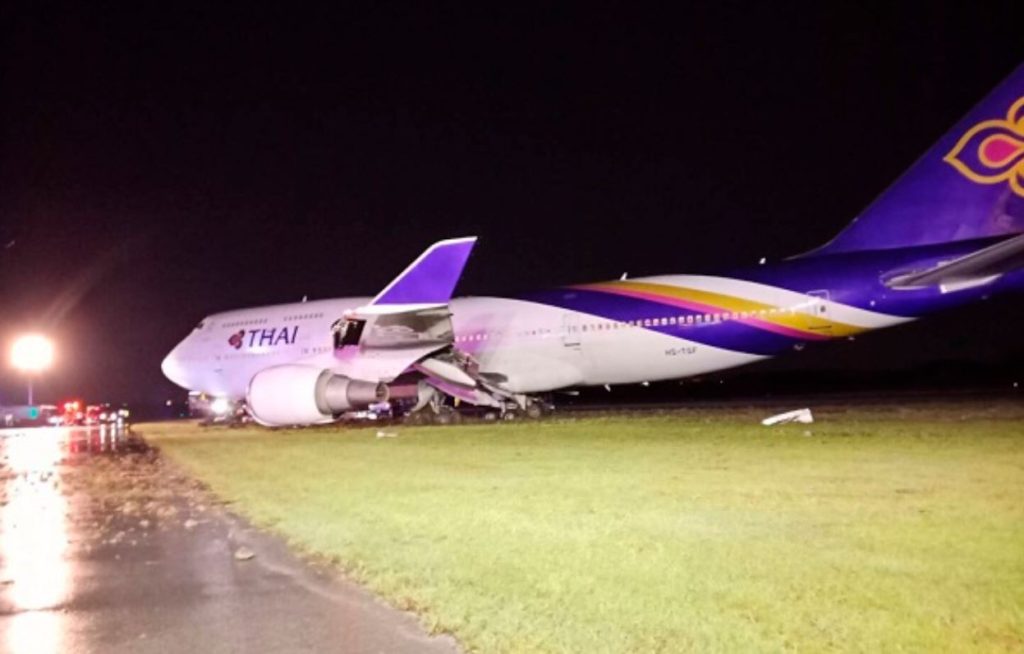 On October 8th, a Thai Airways 747-400 passenger flight with 115 people on board skidded off the runway after landing in heavy rain. A photo of the plane appears remarkably similar to the Sky Lease 747 in Halifax. Local media reported there were no injuries to anyone on the flight which had originated in Guangzhou.

Three and a half weeks ago, a Polar Air Cargo, registration N451PA, with five people on board skidded off the runway 27 at Cincinnati Northern Kentucky International Airport. Pilots of the flight from Anchorage had performed a go-around and were on the second landing attempt. The National Transportation Safety Board is investigating that accident.