Breitling Can’t Find the Female Superstar Pilots. Can You? 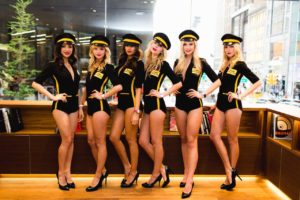 Steam was coming out of my ears at the sight of photos from Breitling’s big New York City publicity event last week. The watchmaker was opening a new boutique on Madison Avenue. In addition to the flyboys, astronauts Mark and Scott Kelly and John Travolta, some athletes were in attendance, but the only women who were featured in front of the camera were the models selected to portray pilots in somebody’s aviation-themed fantasy. That’s the photo, above, you be the judge. 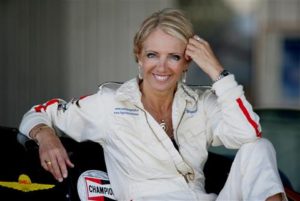 Breitling hasn’t replied to my question, “What gives?” but some women pilots sure have their thoughts. You can check out their comments in my story at Forbes by clicking here.

Before you go, though, take a minute to share with Flying Lessons readers the answer to this question in the comments section. Who do you believe makes a good role model for women in aviation?

Is it Patty Wagstaff, award-winning acrobatic pilot and inductee to the National Aviation Hall of Fame? 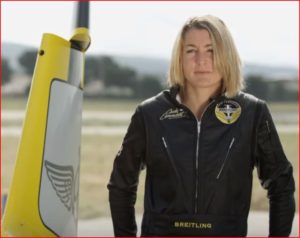 Aude Lemordant is sponsored by Breitling

Is it Aude Lemordant, the Air France Boeing 777 pilot who also flies air shows in a plane sponsored by Breitling?

Or is it the thousands of women whose names are not widely known, but have broken barriers and succeeded in a demanding profession with the most precious upside of all; flight? 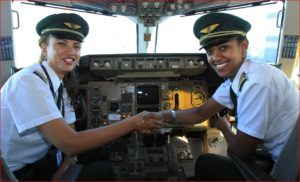 I’ll go first. In an upcoming edition of Air & Space magazine, I write about the Australian aviatrix, Nancy Bird Walton.  At seventeen, (before she was married and “Walton” added to her amazingly appropriate name “Bird”) she had her first flying lesson, conducted by Australia’s most famous aviator, Charles Kingsford Smith.

Sexism prevailed in the fledgling flying community in Australia as it did and does elsewhere and Nancy Bird Walton’s was not always permitted to fly. She did, however, start the Australian Women Pilots’ Association.

My favorite story of Bird Walton comes from Qantas captain, Richard deCrespigny whose co-pilot on the near disaster that was QF32 was Matt Hicks.

Hicks’ grandmother and Bird Walton were such good friends that the grandmother helped pay for Nancy Bird Walton’s flight training. Decades later Bird Walton wrote a letter of recommendation for her friend’s grandson that led to Hicks being hired to fly for Qantas. Now to the punchline.

Matt was one of the five pilots of the Airbus A380 that experienced an uncontained engine failure on departure from Singapore’s Changi Airport in 2010. The heroics of the crew contributed to the happy conclusion of the drama. The aircraft they were flying that day was named for a famous Australian flyer; Nancy Bird Walton.

It is your turn. Share with readers the names of the women pilots you think deserve to be part of the picture of women in aviation.

7 responses to “Breitling Can’t Find the Female Superstar Pilots. Can You?”