A bomb in the departure area of Brussels Airport that killed at least 11 people this morning is already prompting discussion about how to better secure public areas of airports.

The news site Mashable, is quoting Brussels-based security journalist Brooks Tigner, asking, “if [attackers] are going to target public departures areas, what do we do?”

People can enter Bole Airport only after passing through security

Other airports have already answered that question. Among those that have been pro active in protecting the assembly of air travelers is Addis Ababa’s Bole International Airport, which has been closed to non travelers for years.

Ticketed passengers must pass through security before even entering the terminal. Ditto for the new Terminal three in New Delhi. 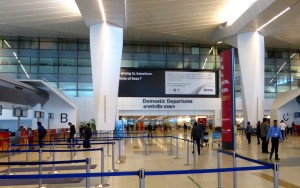 Security at Indira Gandhi International Airport is so tight, even the movement of guests at the airport hotel is restricted; as in “You can check in any time you like, but you can never leave.” At least not until you are headed for your departure gate.

I wasn’t wild about the diligence of the security guards at the check point when I entered Nairobi’s Jomo Kenyatta Airport last month, but even so, Kenyan airport authorities are making the effort by keeping all but screened travelers out of the departure areas.

So it is possible to increase airport security by moving checkpoints to the front doors and/or restricting who can enter in the first place. But no traveler is an island. Commercial flying requires a hefty support structure that necessarily includes others who are not flying. And those who cannot enter the terminal must have another place to congregate. Waiting in line to pass through the metal detectors in Addis, I did look around at the crowd of which I was a part and wonder if we didn’t make quite an attractive target. 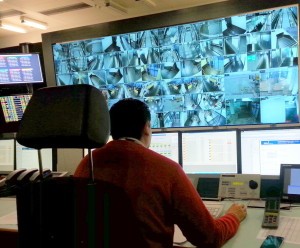 Still, to the terrorist mind, a blast inside an airport – especially by the counter of an airline with a provocative name like “American” does pack an extra public relations wallop.

And while all airports have sophisticated operations desks where trained professionals can monitor all parts of the airport both pre and post security, it would be particularly challenging to spot a suicide-vest-wearing or concealed-bomb-toting bad guy bent on mayhem.

The dust has barely settled on this latest attack. But one thing should already be evident. Because of the millions of people who fly every single day, aviation has a bull’s eye on its back. It hasn’t been business as usual for more than a decade and it’s even more true today.