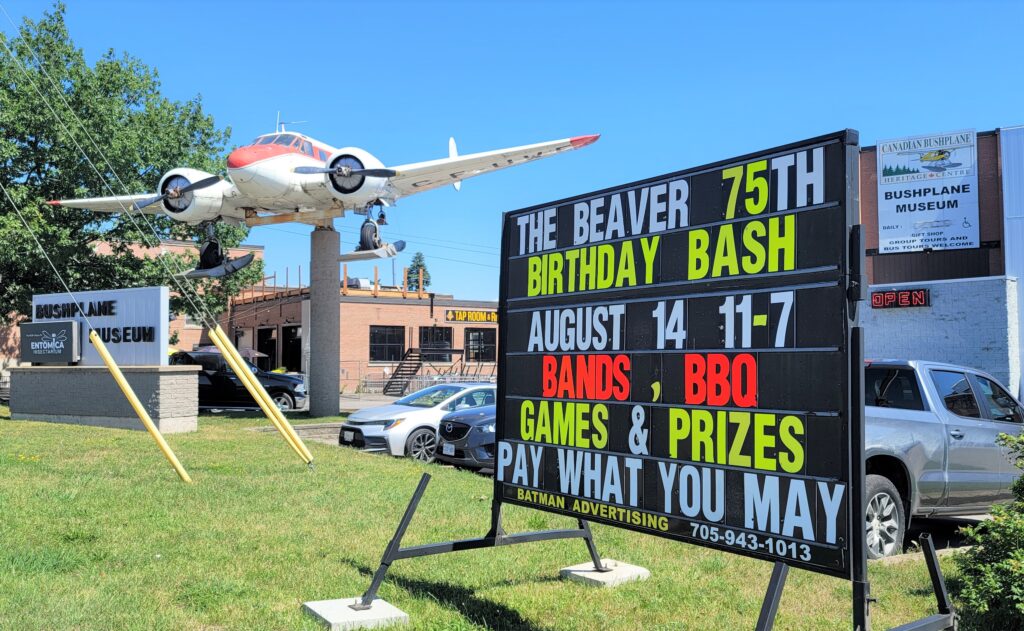 It wasn’t long after the advent of controlled flight that people began to worry about the use of the technology for ill. It was a well-founded concern. This is why the celebration at the Canadian Bushplane Heritage Center in Sault Ste. Marie Ontario lifts the spirit like a strong headwind.

This year the museum celebrates the birthday of one of two dozen bush planes in its collection; the DHC-2 Beaver.

When I visited earlier in the month, (having been escorted to its front door by Mary Kane Boushie, a helpful local I met on the bike trail) I must confess I knew nothing about bush planes. But Tim Murphy, the museum’s education director, leaned into his job title and was a patient and enthusiastic guide through the enormous and historic hangar. If there was one recurrent message, it was that this niche of aviation has an outsized role in life-saving.

In a place like Ontario where two-thirds of the land is densely forested and often inaccessible, adventurous pilots, ground crews and firefighters served a critical role in the early days of flying. 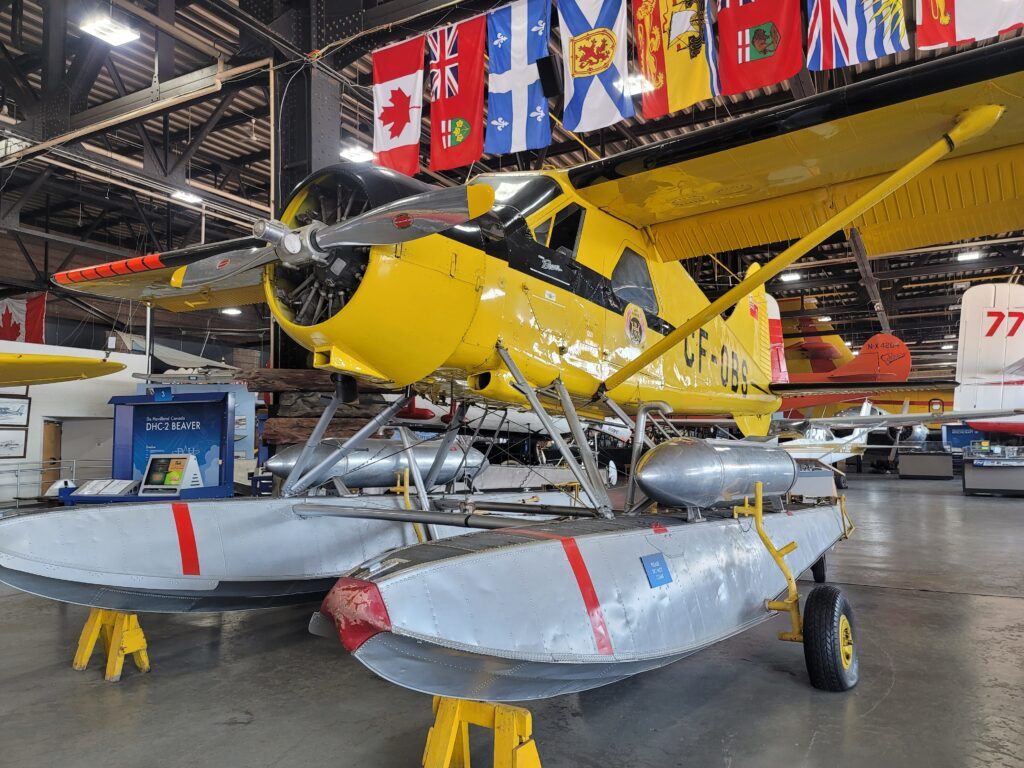 The Beaver first went into service in the late forties. But aircraft were bringing firefighters and equipment by air more than a decade earlier.

The Fairchild KR-34, a single-engine biplane, also on display at the museum, was the first airplane the Ontario Provincial Air Service used to experiment with ways to fight fires by dropping water from above which it did as early as 1938.

Two Norsman, a Stinson Reliant, and a Cessna 172 are among the two dozen bush planes also on display. 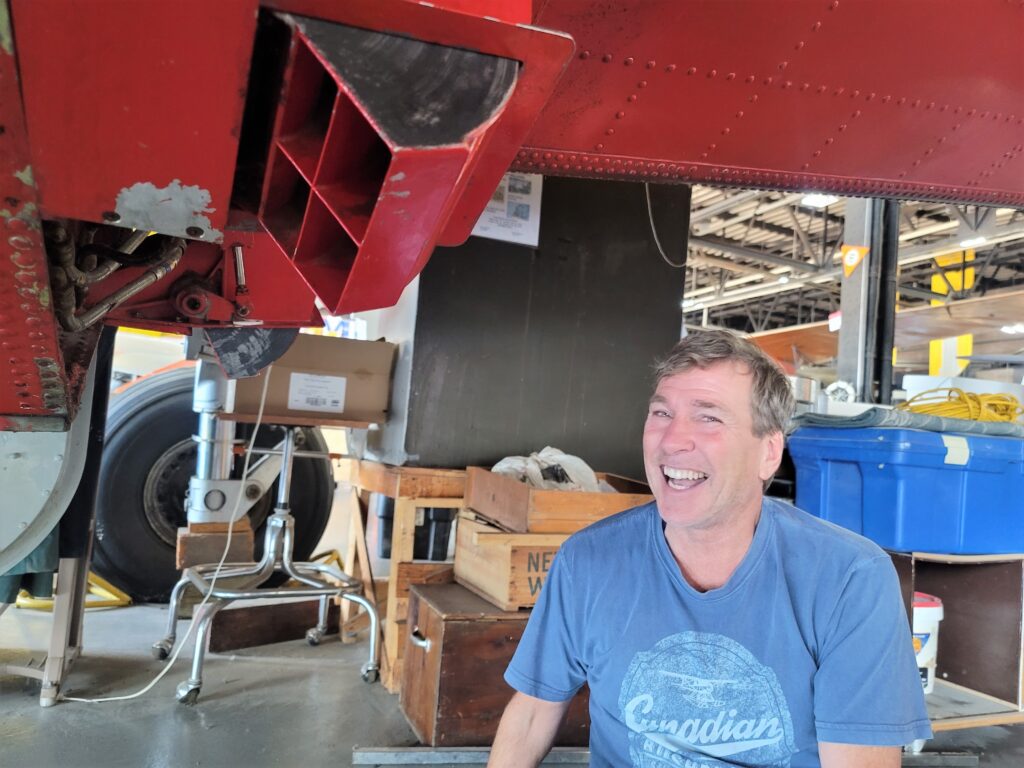 “At the end of the day it’s all about the engineering,” Murphy told me. Indeed, to see how water bombing techniques evolved from the rudimentary to what’s in use today is to be dazzled by human ingenuity.

The 40s-era Beaver registered as CF-OBS, is one of the highlights of the museum. Murphy showed me the metal cylinders attached to the pontoons, that, once filled with water would allow the plane to fly over the fire, open the canister door and dispatch the water. Then Murphy took me to the twin-engine, Bombardier CL-215, so I could see how quickly things progressed.

The CL-415 is the latest version of the water bomber now used by Canada’s, Forest Fire and Emergency Services. The enormous scoops can capture 1600 gallons of water in 12 seconds. That is as impressive, as the skill of the pilots who must manipulate the airplane as it undergoes such rapid changes in weight center of gravity and handling.

The Bush Plane Heritage Center explains the present by taking visitors on the journey from the past. By the end of my visit, I’d gone from knowing little, to appreciating a lot.