Children and airplane crashes – the flip side of letting things slide 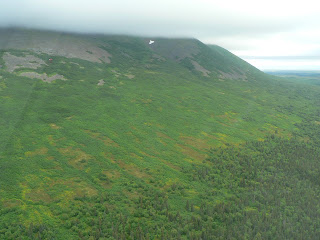 It doesn’t take a professional to see what happened to the airplane carrying former Alaska Senator Ted Stevens and his traveling companions earlier this month. TheDeHavilland DHC-3  flew into rising terrain. What happened is often not too difficult to answer. Why it happened is where it gets sticky.

My friend Chuck Allen is a private, instrument-rated pilot and avid outdoors-man, who flies as a passenger with some frequency in remote areas of Canada. It’s an environment not unlike Alaska. So he has been following the few news accounts that detail the flight. 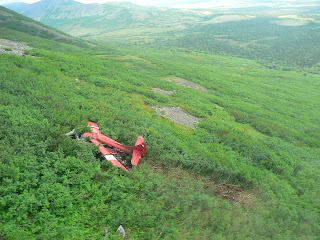 Chuck called me the other day wondering why, in what appeared to be difficult visibility conditions, the pilot chose to make the flight VFR rather than file a flight plan. Chuck was not surprised that an experienced pilot in an environment where ground transportation was not an alternative might decide to scud run from point A to point B. What did surprise him was that a pilot would do it with such a high-profile passenger and two children on board.

Hold that thought while I bring up what might seem to be an unrelated subject and trust me; I’ll get back to the Stevens crash.

Last week for the umpteenth time, the National Transportation Safety Board made a recommendation to the Federal Aviation Administration that it eliminate the practice of allowing lap children that is, infants and toddlers traveling in the laps of adults. The letter to the FAA said children under the age of 2 “should be afforded the same level of protection as all other persons”.

The safety board went on to say that a seat for every passenger should apply to commercial, charter and private flights and cited a particularly tragic crash in Montana in 2009 that killed 14 people on a plane designed to carry 10. It was clear from the accident scene that the four children aged 1 to 9 were not restrained in seats at the time of the crash. 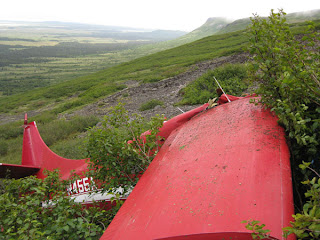 Look, carrying extra passengers over the age of two is a violation of already existing FAA regulations, this I know. The message the NTSB seems to be making is that by getting fuzzy on just who is entitled to the extra safety afforded by seats and seat belts, the FAA has blurred a very real risk in the minds of air travelers.

“The fact that the FAA allows it, gives the impression to passengers that it’s safe,” Janice Brown told me when I called to tell her of the NTSB’s latest effort. Janice has a 20+ year investment in the issue. She was a flight attendant in 1989 and was working on United Airlines flight 232, known to all the world as the Sioux City disaster.  Since the crew was aware that landing the DC-10 without flight controls was going to be a controlled crash, passengers were given instructions prior to landing.

“We had at least four lap children,” Janice told me of the 298 people on the flight. “I picked up the microphone and gave them a head start, I told them, ‘Place the babies on the floor at this time.’  I was thinking, ‘I can’t believe these words are coming out of my mouth!’ It sounds great in a classroom, but in a real life, I’m thinking, ‘how am I telling passengers to put their most precious possession on the floor?’ Held in the arms of their parents these children would most likely be tossed around the cabin on landing. Confining them to the floor space at their parents’ feet was thought to provide some protection.

“They put them on the floor, but they couldn’t hold them there. That’s how two of them were lost.”

Since that time, Janice has been advocating a seat for every passenger, a campaign that has come close but not achieved success so many times over the years, that the NTSB recommendation letter outlining the history of the issue runs on for 12 pages.  But the important lesson of the effort is the one that Janice has learned so well.  The FAA’s power to make rules is a two-sided coin. The flip side to regulating something is that what is unregulated is – by default – deemed safe, even when it is not.

This brings me back to Alaska, a state with a dismal air safety record, a state that trumps all others in the number of pilots who have repeatedly crashed, according to a provocative study by Johns Hopkins University professor Susan Baker.  Yes, Alaska is unlike the lower 48 in the number of areas inaccessible by road. Yes, as a rule pilots in Alaska are proficient in flying in conditions that others would consider challenging. Yes, weather and terrain deal a one-two punch to a disproportionately large number of flights in Alaska.

“It’s a totally different world flying in Alaska than anywhere else,” my friend Chuck says, joining a chorus of others with the same opinion.

But in pushing the envelope on fishing trip charter flights, the message is that there’s an acceptable level of flexibility when it comes to flying in Alaska. That discretionary flying in circumstances unacceptable elsewhere is okay in Alaska.

Author of the Penguin bestseller, The Crash Detectives, I am also a journalist, public speaker and broadcaster specializing in aviation and travel.