Dancing on the Wrong Side of Doha’s Gender Divide 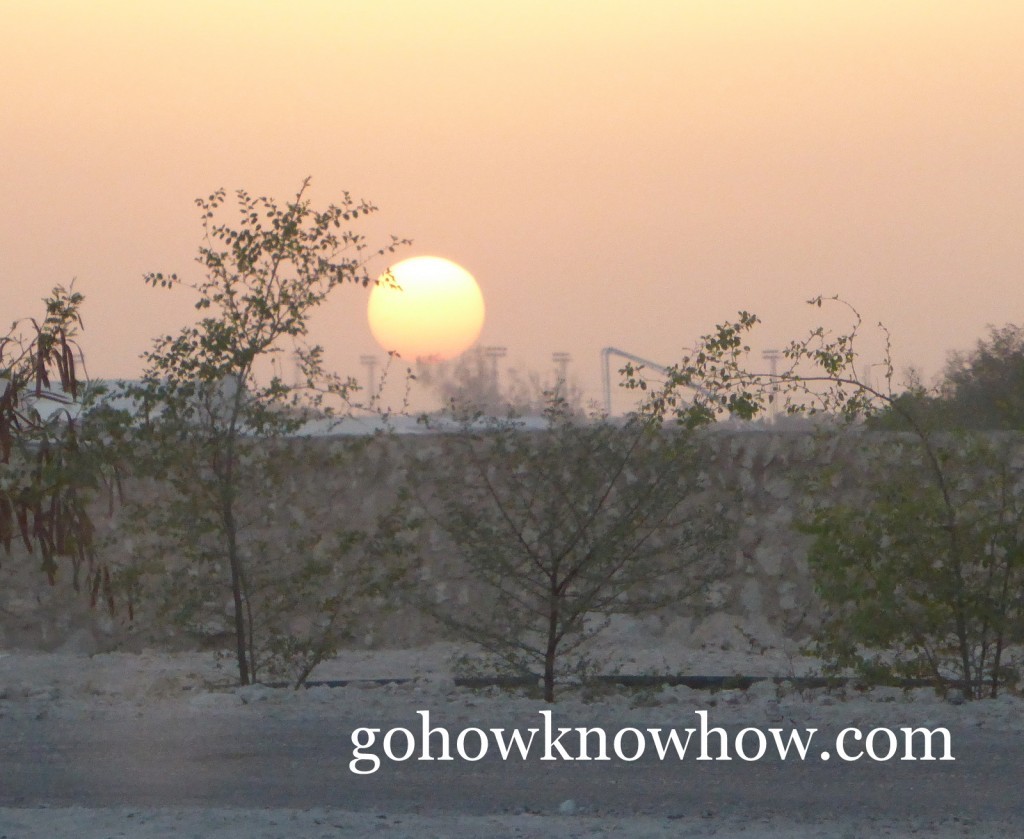 When the sun set and the temperature dropped from oh, say, 109 Fahrenheit to something in the neighborhood of 85, I ventured out from my air-conditioned airbnb to have a look around Doha, the largest city, heck practically the only city in the gulf state of Qatar. As destinations go, the desert metropolis is not to my taste with its showy architecture and “luxury” this and “exclusive” that. 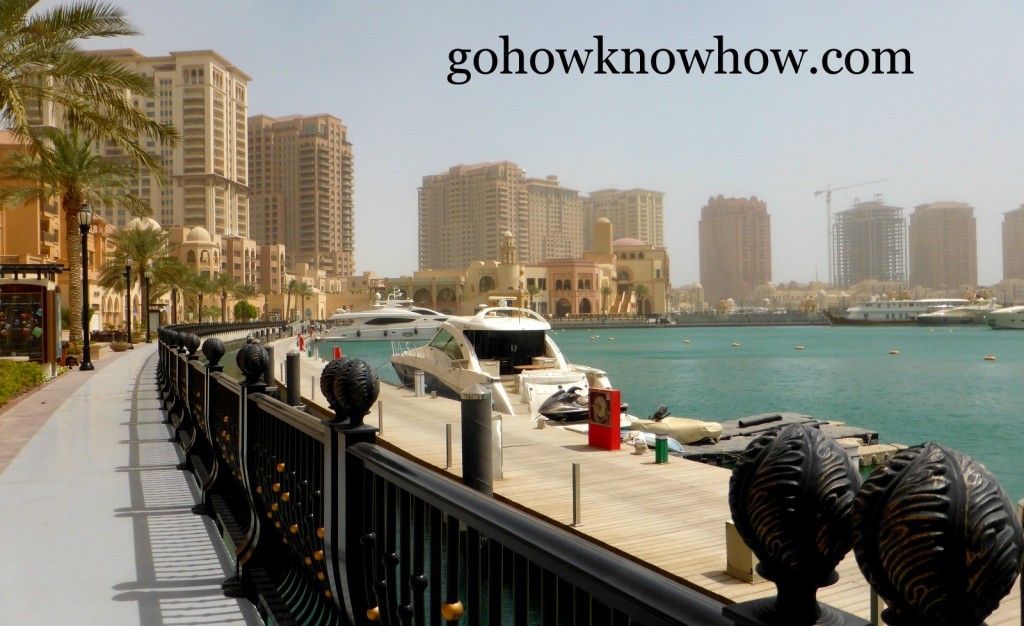 The Pearl- an exclusive retail and residential center

But on this evening of moonlight and temperatures moderate enough to allow a walk without risking heat stroke, I wandered into the Souk Wakif for an as-close-to-authentic experience as one can have in this capital of reinvention where 94% of the population is foreign. And it was here that I had a rocking good time while inadvertently busting the Qatari gender divide. 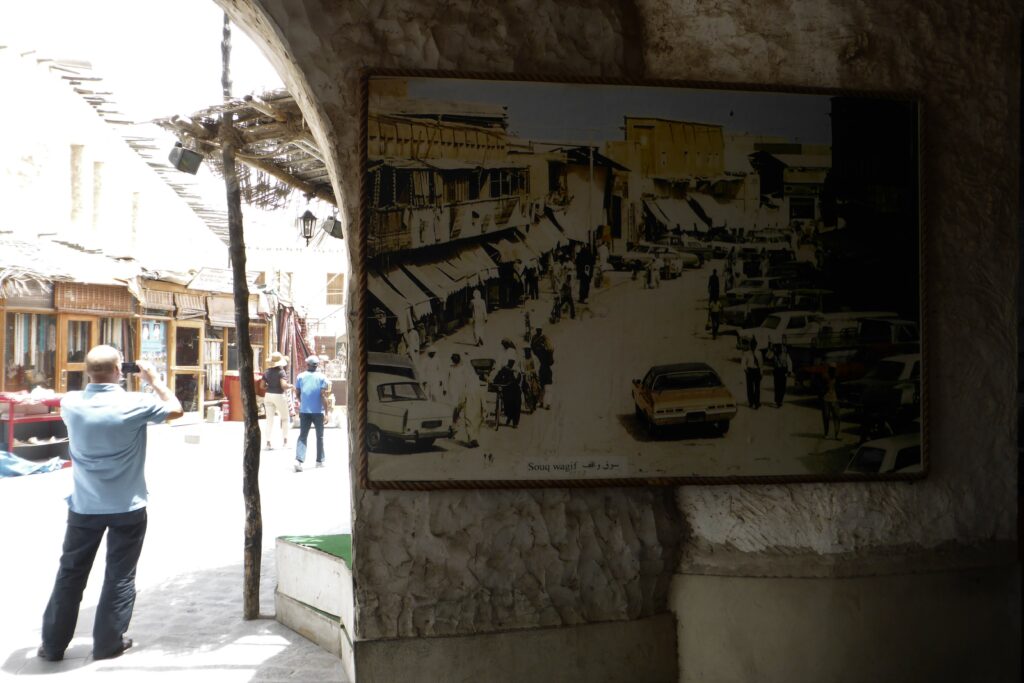 In truth, the souk is new, a seven-year-old remodeled version of its former self. But in this case, the goal was not to throw marble down where a dirt floor had been, but to keep the warren of spice stalls and coffee shops looking just as they had for decades – only with up-to-date wiring and a little heat-protective insulation. 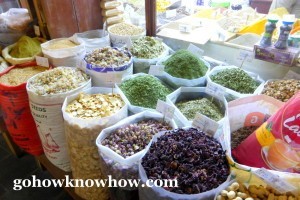 It was fun to wander in the little shops with dusty merchandise. I sat outside the women’s mosque as the Friday services ended and watched the ladies order Arabic crepes with cheese or Nutella made to order by women squatting over stoves on the sidewalk.

At the Falcon Market a few streets away, I entered Aahed Ali’s shop and was invited to sit on a long sofa hugging the wall and have coffee with him.

Served in thimble-sized cups, the coffee was pale and scented with cardamom. The room smelled of animals and leather, not unpleasant, exotic actually. We sipped the coffee and talked.

Mr. Ali was patient with my halting Arabic. It was the time of year for patience since the birds were molting and there would be no falcon hunting until the weather cooled so business was slow. But Mr. Ali proudly showed me around the shop, pointing out items used for the sport and photos of various customers including the Emir, Sheikh Al Thani. 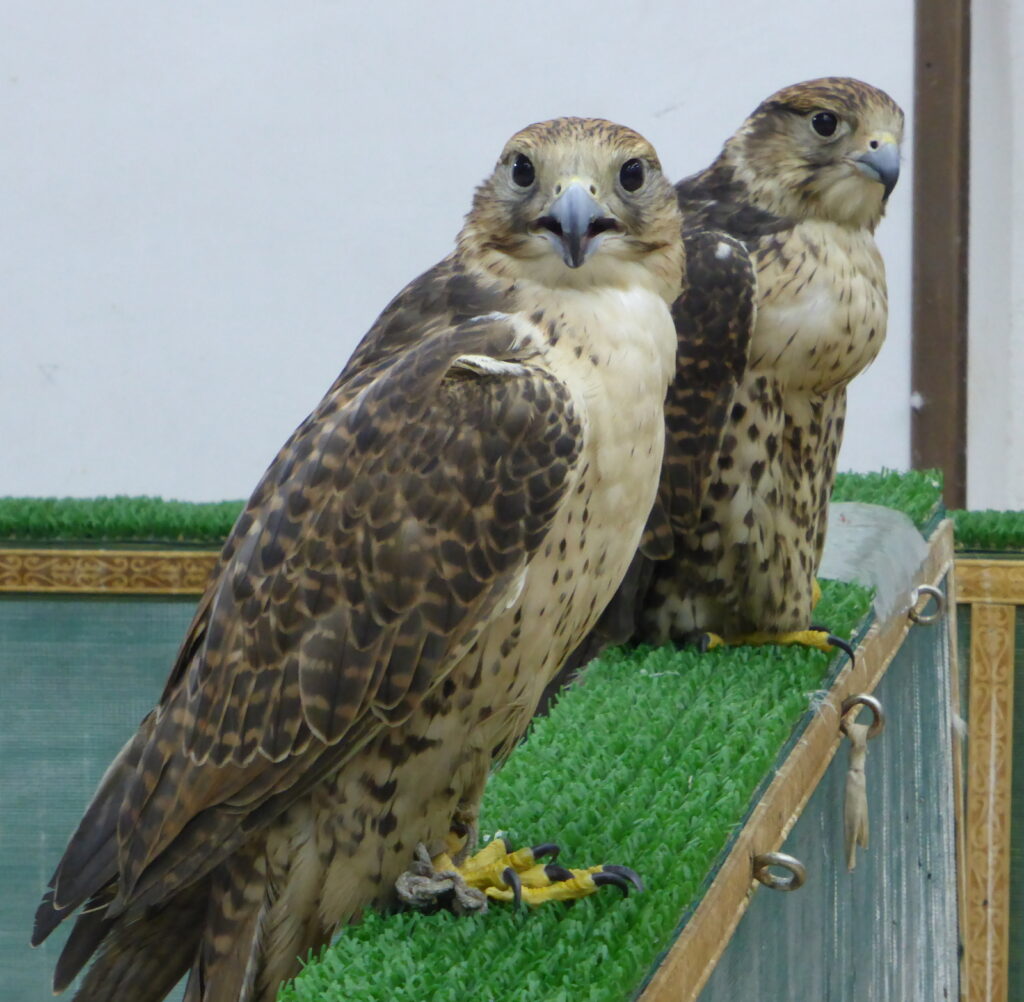 “He liked my birds, too much,” Mr. Ali told me. And indeed, the falcons were beautiful, especially the large white one with speckled wings. To my eye, it was as regal as any Emir, and valuable too, Mr. Ali told me.  Something about the color, I think because Mr. Ali looked pretty regal in his long white thobe and white gutra held securely on his head with a black egal. 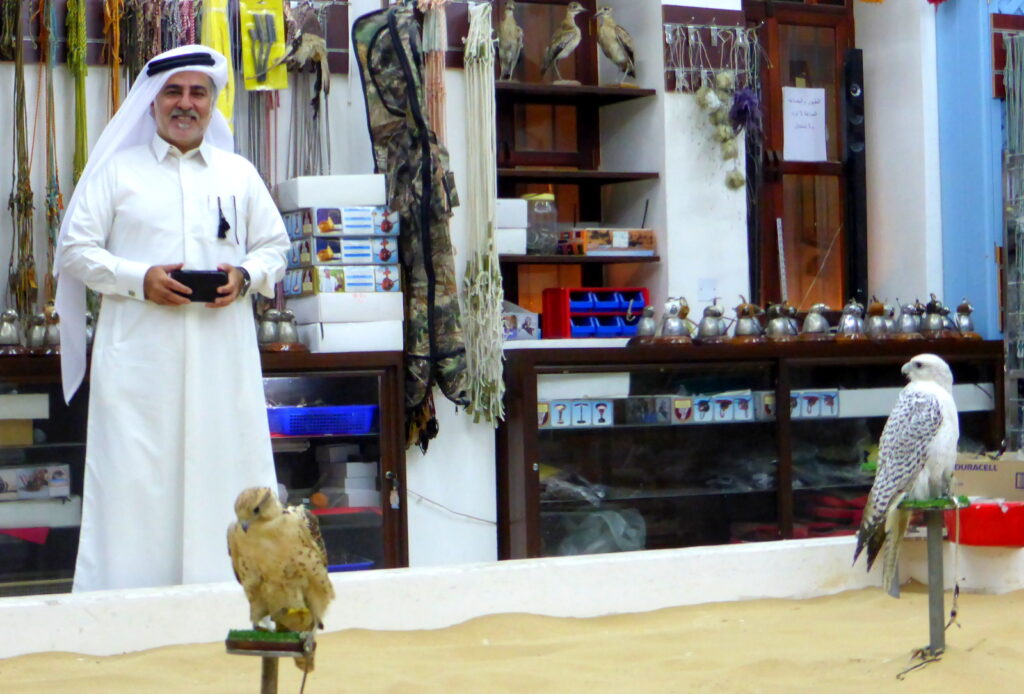 Aahed Ali at his Falcon Shop in Doha, Qatar

It was thrilling to be having a conversation with a Qatari, my first of any length since arriving in the country a week earlier but I didn’t want to overstay my welcome.

Leaving the shop I heard music in the distance and quickly made my way back to the main part of the souk, where I grabbed the first open seat I could find among the spectators to watch a troupe of women dancing in brightly colored dresses. 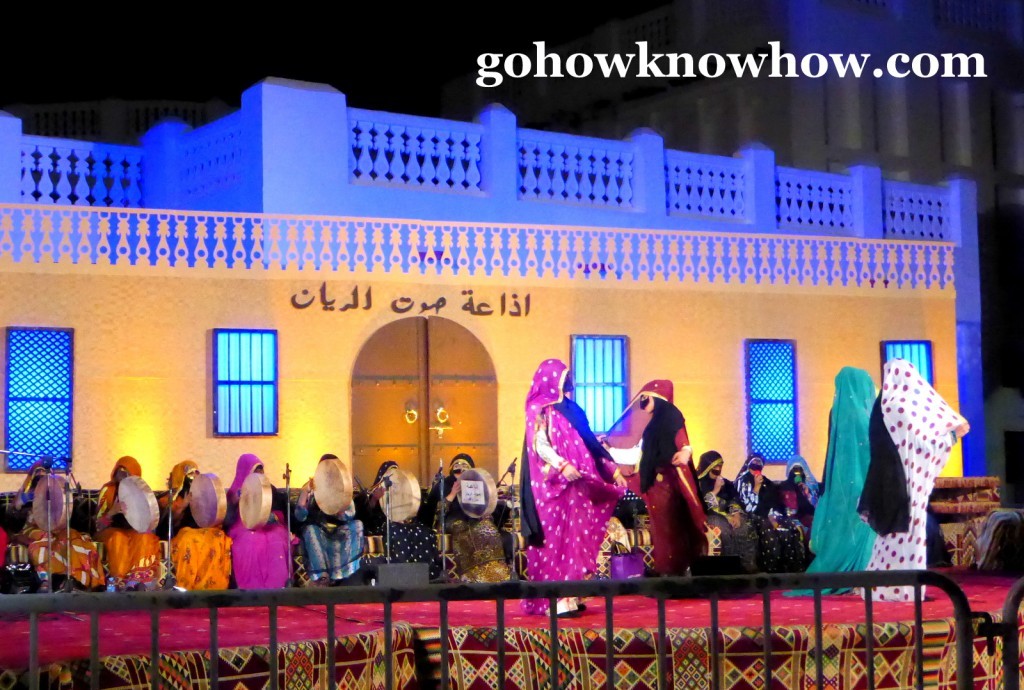 How they could move so fast in the heat, especially encumbered by all those yards of fabric was beyond me. I was able to see about 10 minutes of the show before they bowed to raucous applause and left the stage.

What happened next was the big surprise. Every person picked up the plastic chair in which they’d been sitting, did a 180 degree pivot and walked to a stage across from where the women had performed. I did the same, settling into my seat just in time to hear Omani superstar Salah al Zadjali start singing and the crowd went wild. 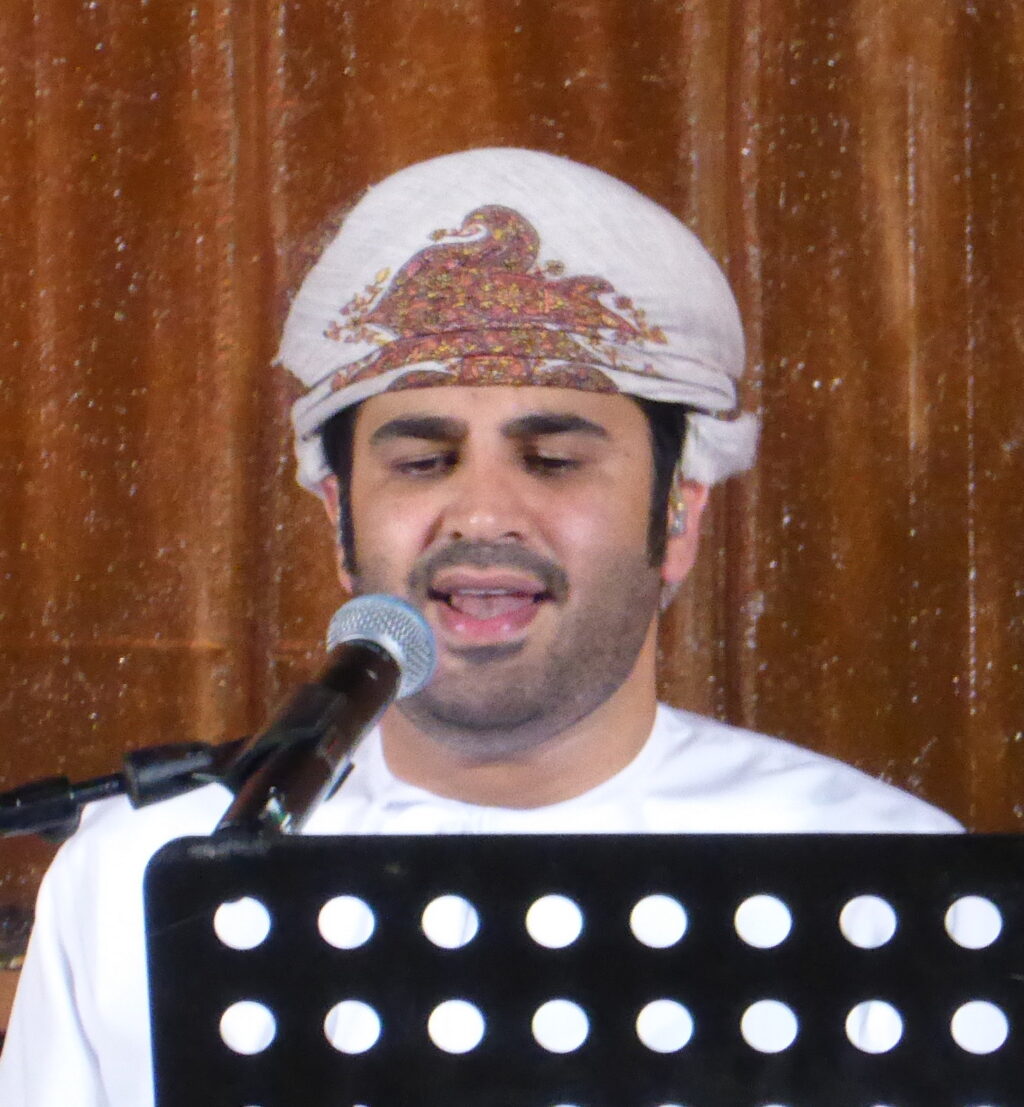 Arabic music has a danceable beat. The men in front of me leaped to their feet and started moving along with it. I was enjoying it so much it took a while for me to notice that it was only men dancing. That’s when I realized I’d plunked my chair down on one side of a dividing line and that line clearly separated the men from the women. 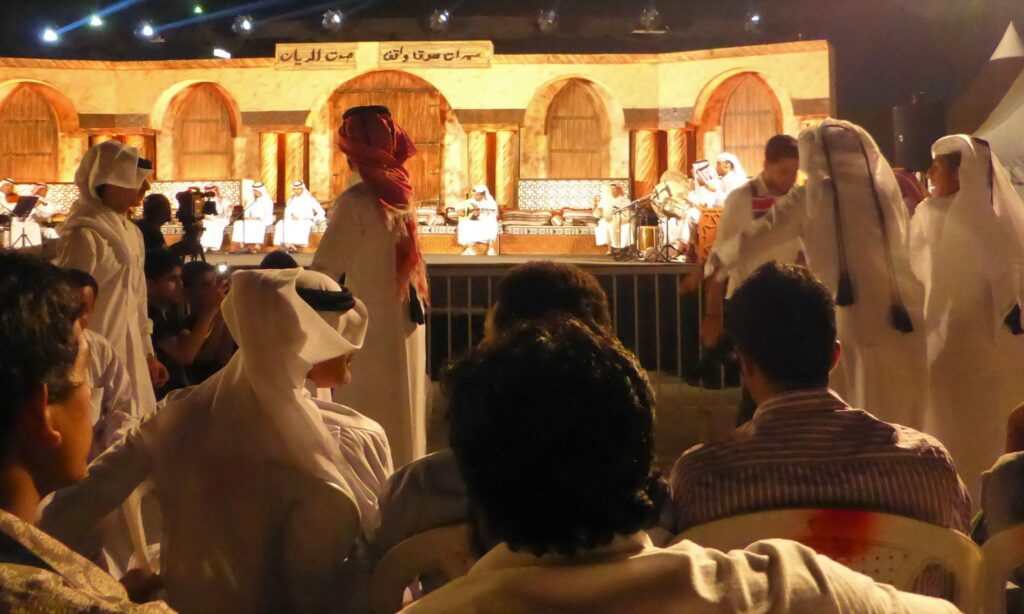 You may wonder how I could be so oblivious. I am still wondering that myself. And it didn’t stop there. While I was laughing and be-bopping in my chair, taking photos and videos of the dancers, the men around me were stealthily inching themselves away from me as if I was radioactive. Soon, an expanse of empty space encircled my chair. I was an island unto myself.

Frankly, I was too mortified, to get up and move into the ladies’ section at this point, so I stayed put. Al Zadjali kept on crooning and in time my embarrassment subsided. It helped that no one was rude and no one asked me to scram.

It did occur to me, though, as I watched the Qatari men shifting both with pleasure from the music and in their discomfort with having a woman in their midst, that since I’d arrived in the country, I’d been searching for a culturally authentic experience. Now, for better and for worse, I was having it.