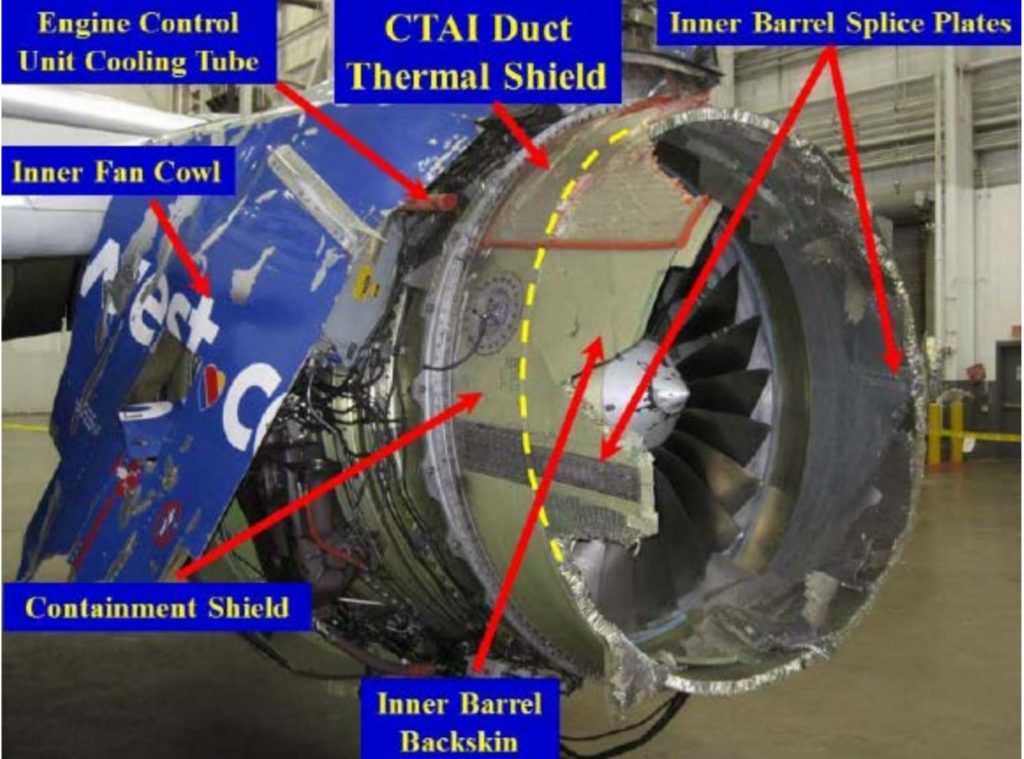 Two Southwest Airlines flight attendants and two passengers were responsible for pulling passenger, Jennifer Riordan back into the airplane after she was partially pulled out of the window during a rapid decompression of the jetliner, according to an update issued today by the National Transportation Safety Board. Riordan, an New Mexico banking executive and mother of two, died of her injuries on Southwest Flight 1380.

“As they moved toward the mid-cabin, they found the passenger in row 14 partially out of the window and attempted to pull her into the cabin. Two male passengers helped and the four were able to bring the passenger in, the report says. 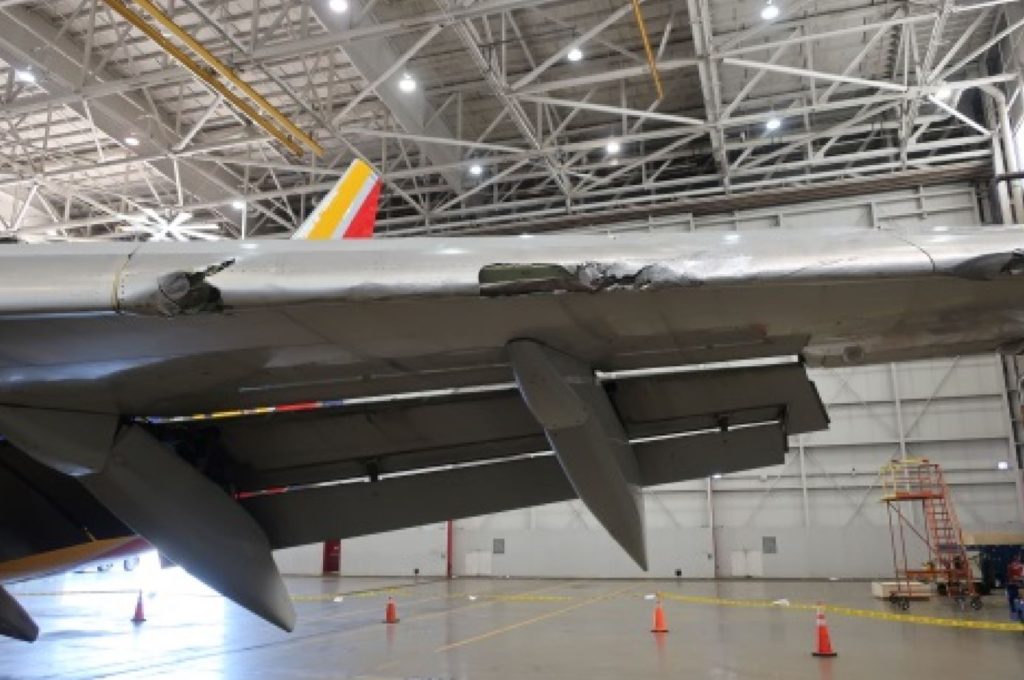 Just a few weeks into its probe, investigators are not drawing any conclusions about what caused the massive engine failure on the Boeing 737 shortly after it departed New York’s LaGuardia Airport on April 17th but it does suggest the failure of the CFM56 engine was substantial.

In interviews, the pilots Capt. Tammie Jo Shults and first officer Darren Ellisor said they “experienced a sudden change in cabin pressure, aircraft yaw, cockpit alarms, and a ‘gray puff of smoke’.”  Through vibration and the cabin altitude alert, they saw that all parameters on the left engine dropped at the same time.

The airplane rolled left  about 40 degrees before the flight crew was able to right the plane but it was difficult to handle the 737 for the rest of the flight, the pilots reported.  Considering how the pilots were able to make a safe emergency landing in Philadelphia, it is worth noting the extent of the damage caused by engine parts bombarding the airplane.

The left wing, the left fuselage and the left horizontal stabilizer were all damaged by the flying debris as the engine came apart. Investigators already announced they found fatigue cracking in the root of one blade where it is contained in the hub. 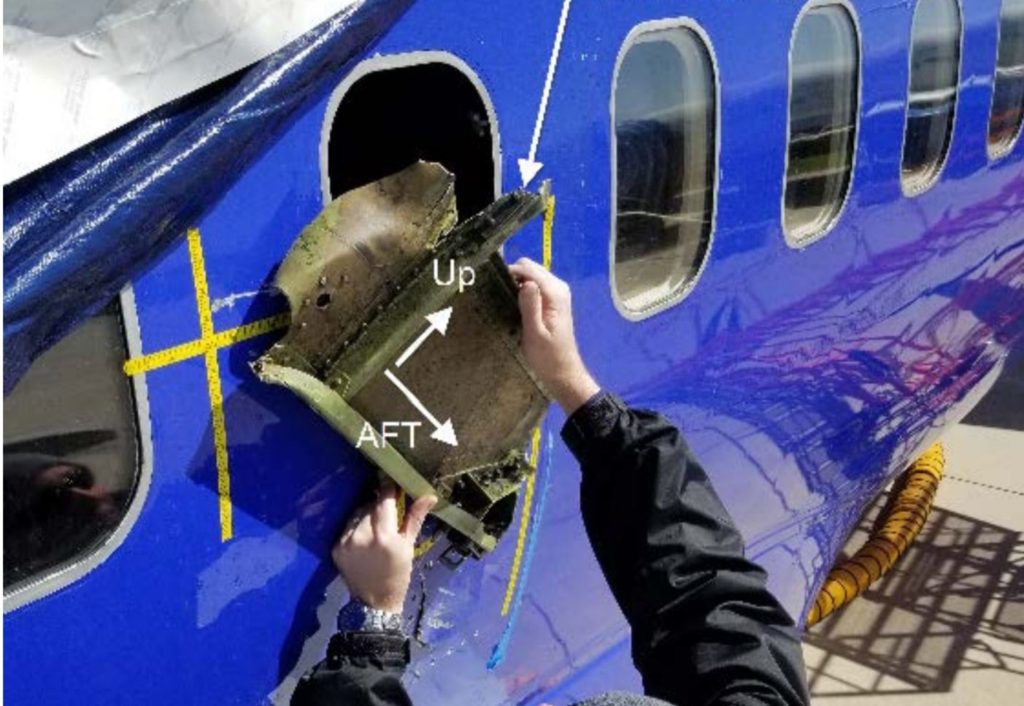 One piece of the mystery may be solved by an examination of the area of the airplane by Riordan’s seat. Investigators found a large gouge next to the window, the shape of the fan cowl and its locking mechanism. This could indicate it hit the plane with force sufficient to pop the window out of its casing, causing the fast decompression that caused Riordan’s death. The window itself has not been found.