Exhausted in a Gladiola Field, I Find Dutch Samaritans on a Bicycle Built For Two 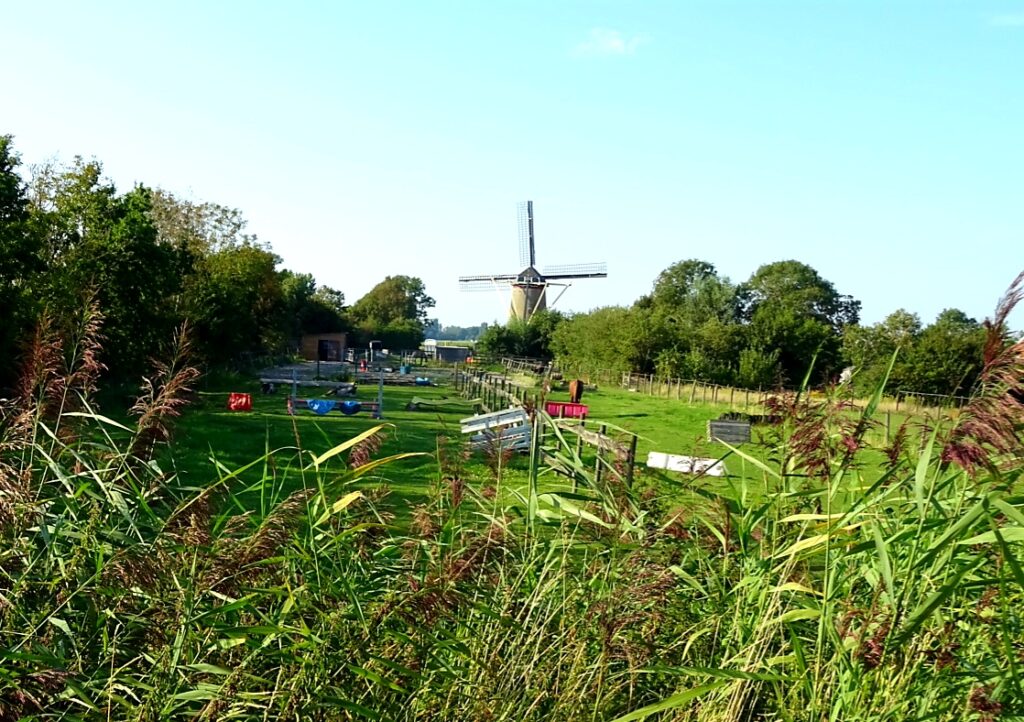 Intending no disrespect Google Maps, but could you please stop predicting how long it will take me to pedal 30 miles in Holland?

I’m biking because I want to linger: see the sites, smell the roses, dig my toes into the sand on Holland’s expansive beaches all of which I CANNOT DO if I am racing across the landscape at 15 miles per hour.

That said, when an expected two-and-a-half-hour ride from Rotterdam to Zeeland turned into something much longer, my energy level was so depleted that I started to worry I would not/could not make it to my hotel for the night.  Then my salvation arrived on a bicycle built for two.

When Nico and Sylvia Lievaart pulled their tandem onto the gravel turnoff on the bike path just ahead of me, I assumed they were there to admire the field of gladiolas bathed in the light of the setting sun. Had they not stopped I would have pedaled right on by, so focused was I getting to shelter before night fell. 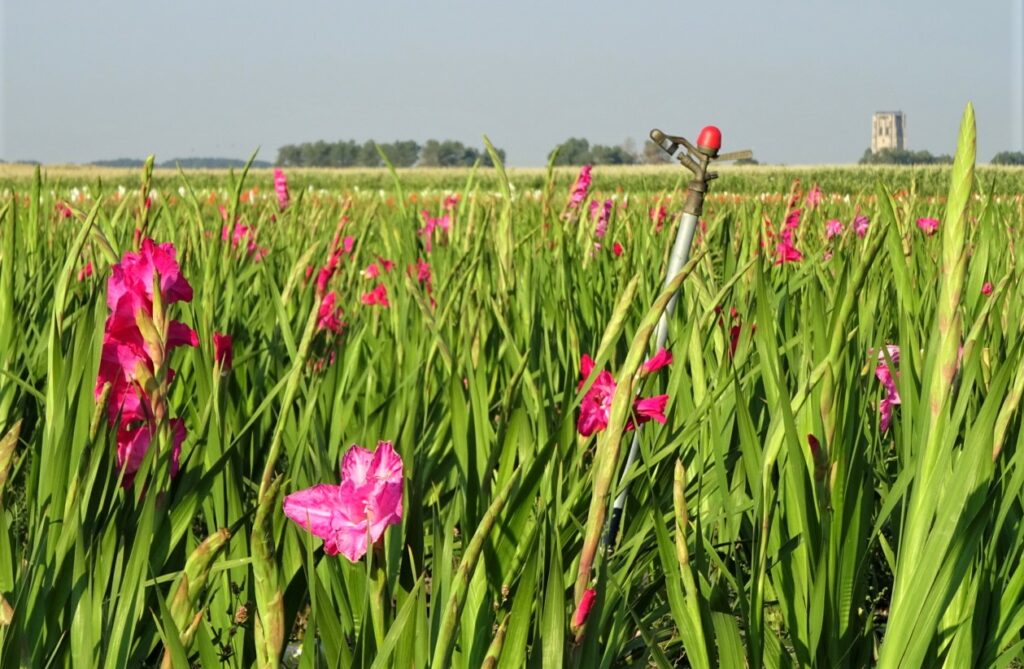 And while the couple did agree with me that the flowers were spectacular, that was not the reason they were there.

Don’t ask me how, but the Netherlands is grappling with an invasion of Louisiana crawfish. The freshwater lobsters are digging into the ditches, laying eggs and otherwise impacting the canals’ ecosystem. So every week or so, the Lievaarts volunteer to monitor the canals in Ouddorp near where they live. 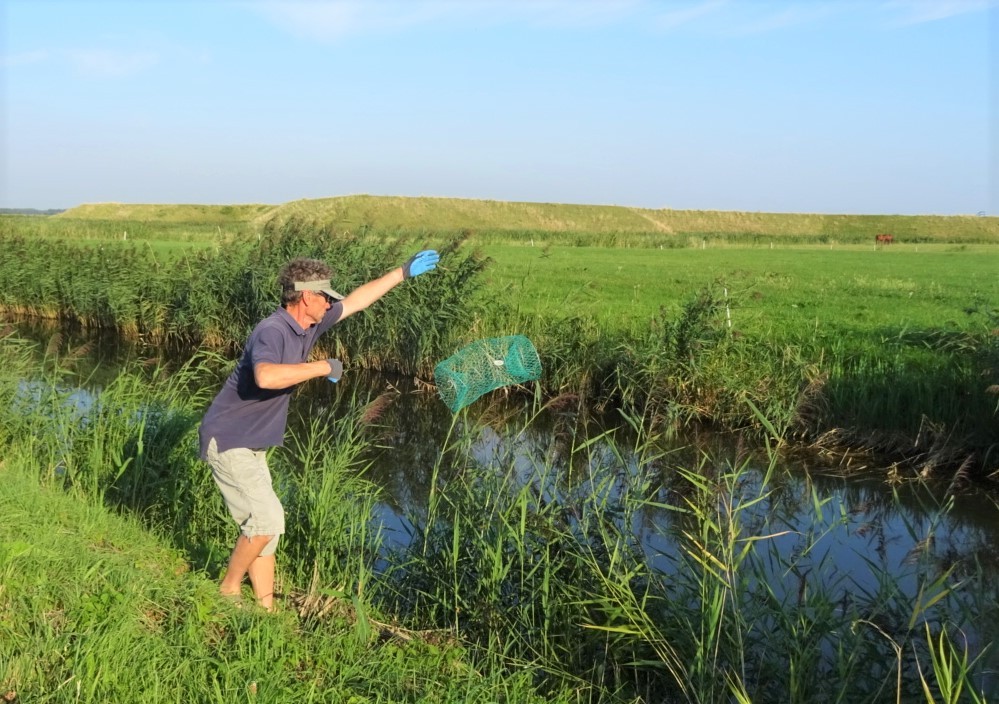 I watched as Nico and Sylvia unpacked the shellfish traps from their bike, casting them into the canal, where the contents will be examined days later.  That accomplished, we wandered into the gladiola field which was getting prettier by the minute and posed for photos – Instagram-style. 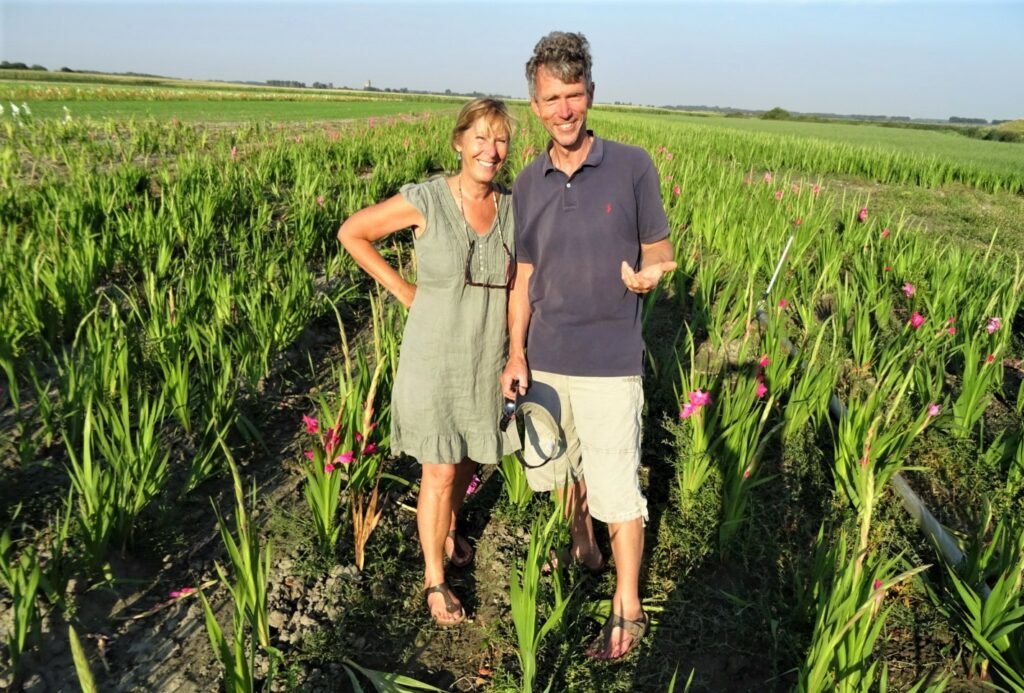 Exposure to nature (even the invasive kind?) has been shown to reduce stress. And I was having fun with the Lievaarts but what really lowered my anxiety was their kind offer to ride with me for the next seven miles, to Port Zeeland, at which point I need only cross the Brouwersdam and hang a left to find my hotel.

We talked and we pedaled. Sylvia told me of her garden and its view of the North Sea dunes. Nico explained that while he retired early from his job as a family practitioner he still worked from time to time as a vacation relief physician during tourist and holiday seasons.

We made one stop. Sylvia wanted me to give the bicycle built-for-two a try and she would pedal my rental. 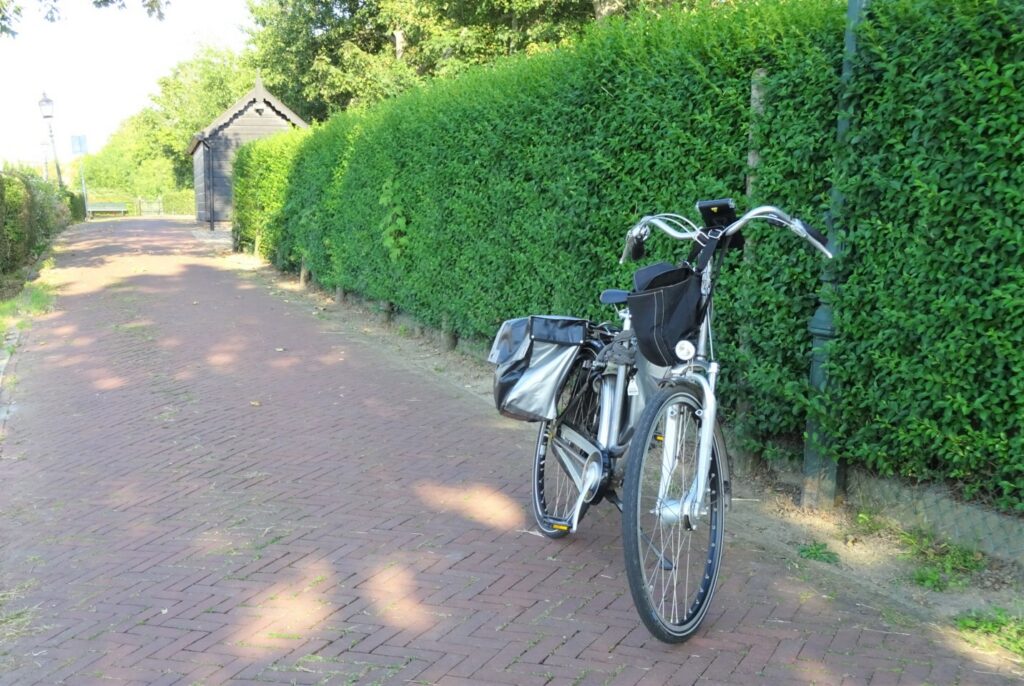 The extra pedaling power of a long-legged companion was great, but sitting behind Nico, my view of the path ahead was obstructed which was disconcerting. How did that not bother them? I asked.

Sylvia said that she enjoyed the view on either side, while Nico replied that bike riding this way was a metaphor for their marriage. Trust was essential.

The sun was low in the sky as we said goodbye at Port Zeeland. Nico pointed out my destination just a short ride across a narrow edge of Lake Grevelingen. Knowing I would make it to a hot shower and a warm bed was blessed relief. I am not sure how I would have fared without the Lievaarts.

My new friends, on the other hand, still had seven miles to go to return to the gladiola field where we’d met and seven miles more to get home. Strong bikers that they are, I have little doubt they made it back in Google’s 40-minute predicted ETA and no doubt at all that my Dutch Samaritans and their welcome companionship will remain with me for a long, long time to come. 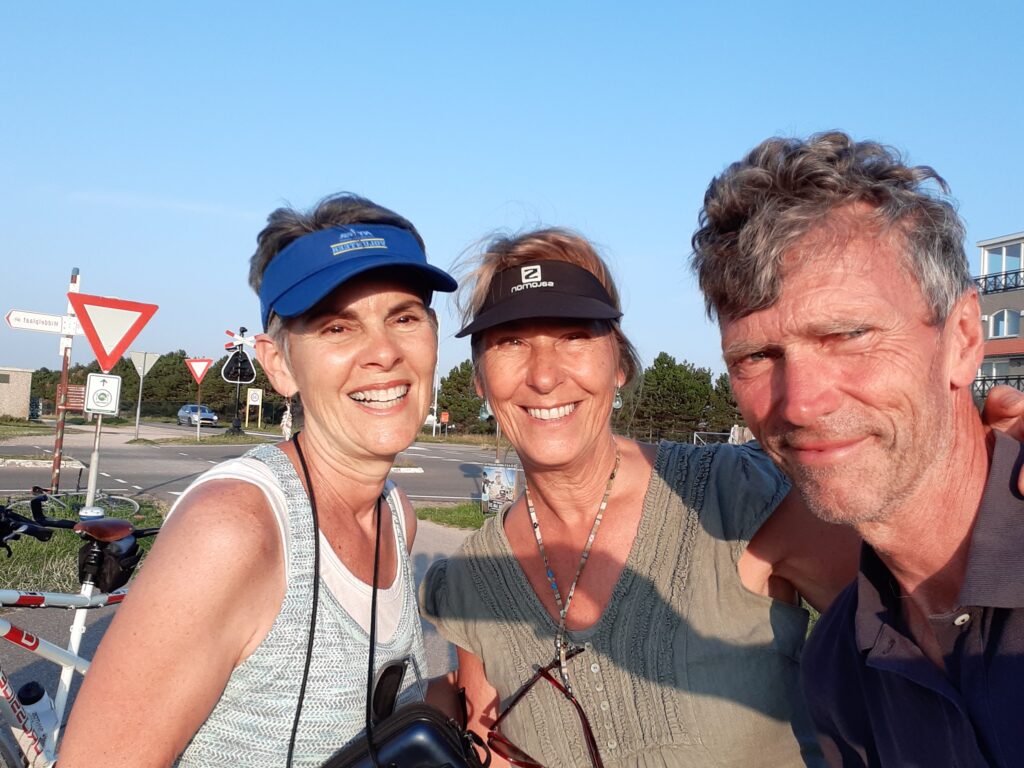 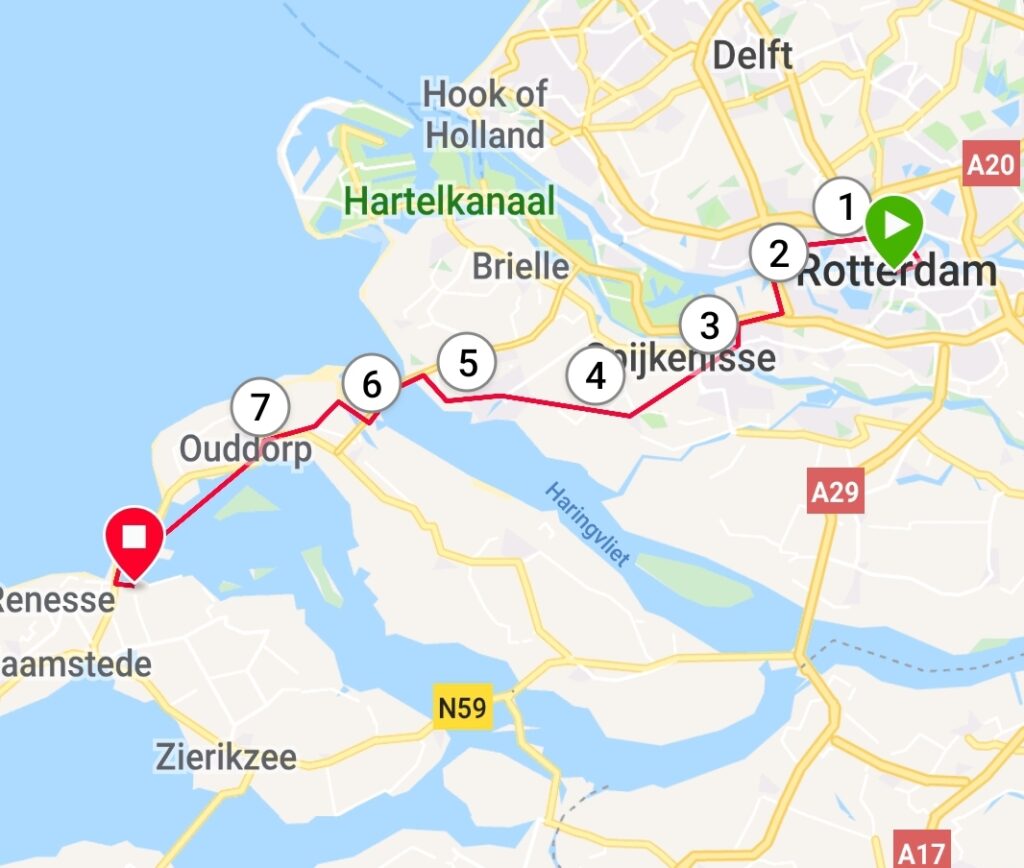 Categories: Europe, Go How Know How, Travel by Land