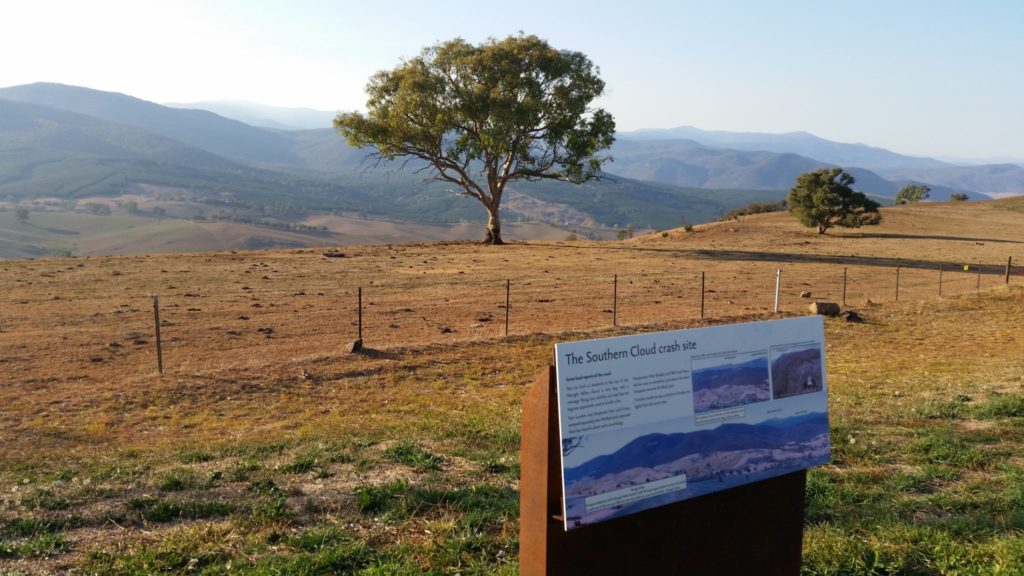 What unites the first airliner to go missing in 1931 with the 2014 disappearance of Malaysia Flight 370 is simple geography. As big as today’s airliners are, they are infinitesimally small in comparison to the vast, often-uninhabited places over which they fly. 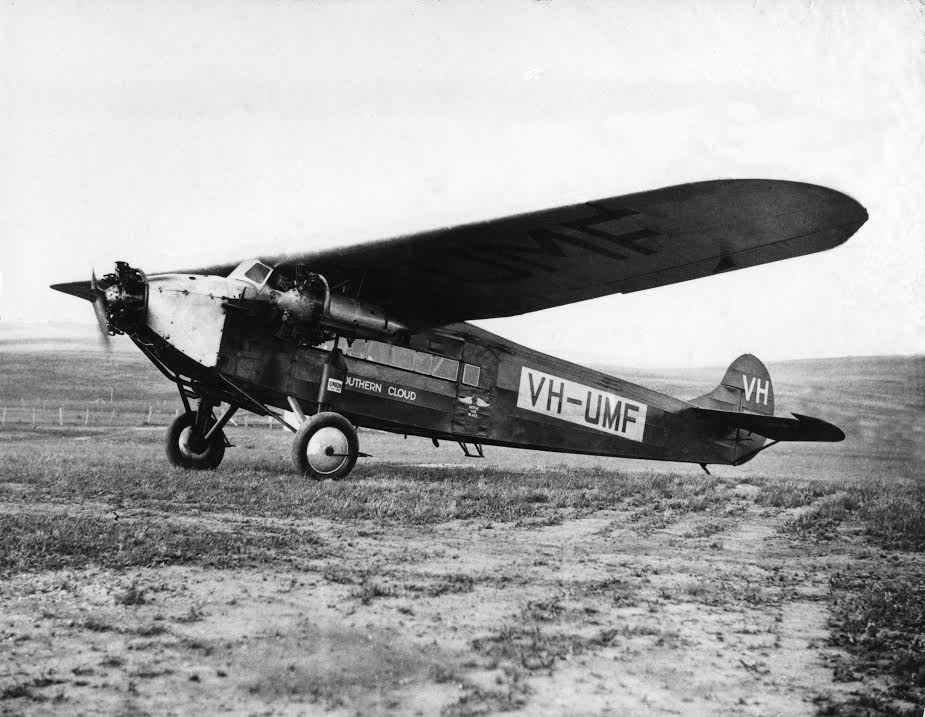 The Australian National Airlines flight of the plane named the Southern Cloud departed Sydney for Melbourne on March 21, 1931 but never arrived. Eighty-three years later, Malaysia Airlines Flight 370 left Kuala Lumpur for Beijing and likewise, was never seen again. In both events, mysteries seemed to multiply and unsubstantiated stories blended with likely possibilities until fact and fiction were inseparable. 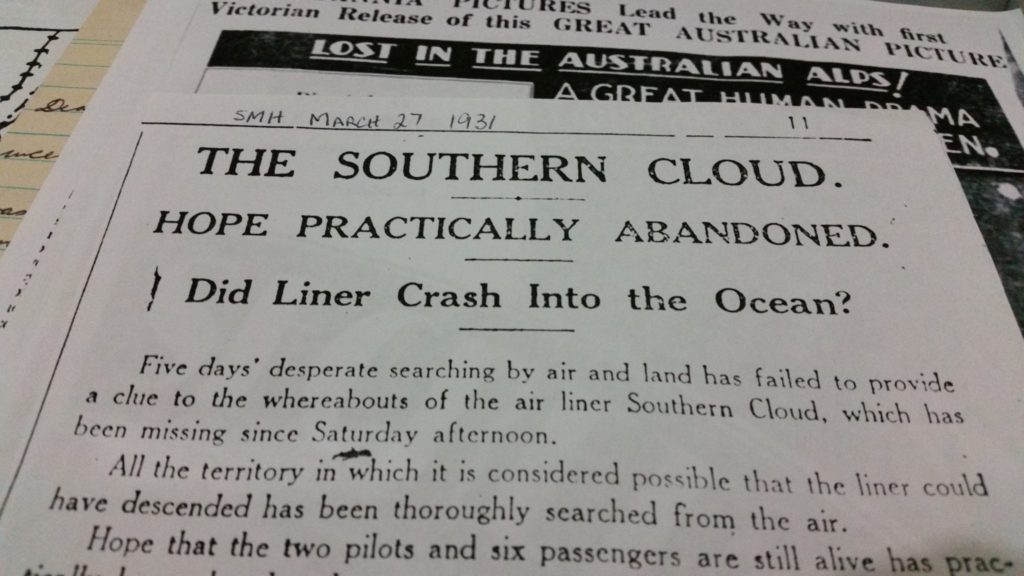 Much has changed in aviation since the little three engine Avro 10 took off in bad weather with a 15-hour-old forecast the pilots’ best source of of information. There were no radios on board. The loss of the plane and its 8 occupants was the catalyst for improvements in aviation meteorology, navigation and communication.

This progress is charted at an unusual aviation museum, the Airways Museum and Civil Aviation Historical Society at Melbourne’s Essington Airport. This is the not a place where airplanes or even engines are found and yet it presents a true timeline of the evolution of air safety as a system. 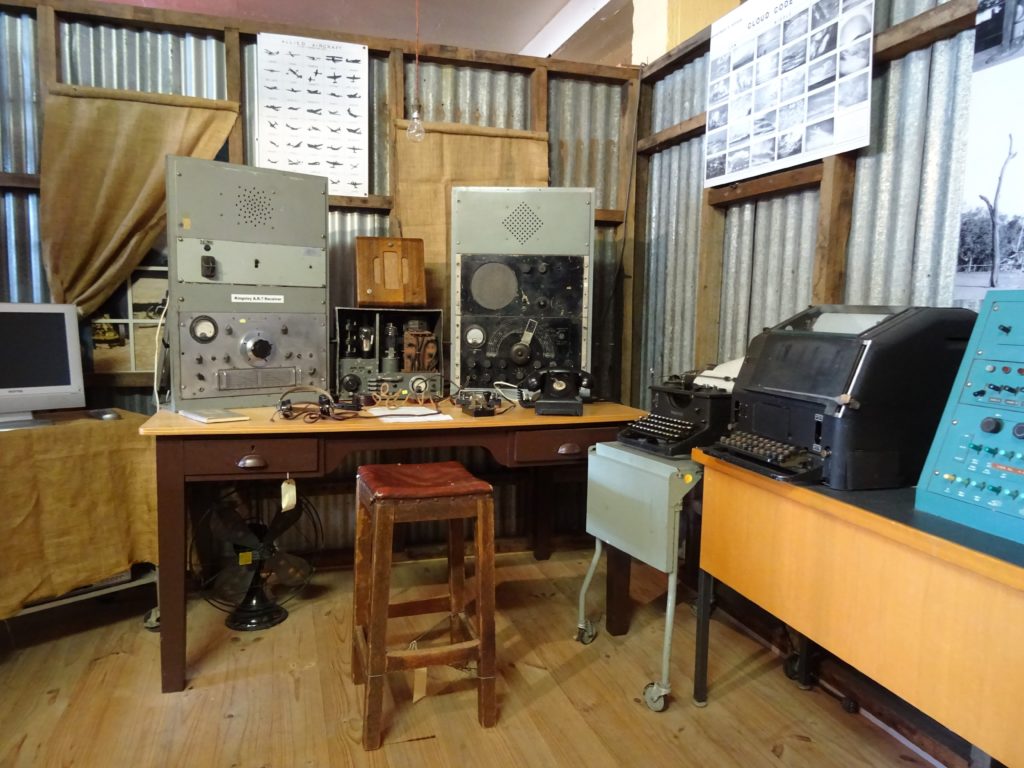 The hardware on display is at first rudimentary and growing in sophistication to the advanced technology that today keeps airliners safely separated and linked to the earth as they fly through weather and space.

This progress is the legacy of the Southern Cloud, said Peter Vabre the museum’s vice president and an air traffic controller. Though it is particularly ironic since one of the parallels between the first airliner to go missing and the most recent is that both planes were operating in a vacuum of communication – preventing their timely discovery.

In the case of the Boeing 777 flying as Malaysia 370, all radio communication stopped – even the satellite transmitter powered down for more than an hour when the first anomalous activities began shortly after 1:07 a.m.. No one knows why.

The MH-370 cliffhanger begs the question, “How can an airliner vanish?”  The unsatisfying answer is that when flying over vast oceans and inhospitable terrain, even the most modern airliners can be islands of isolation. That’s not much different from the disappearance of the Southern Cloud at the beginning of the era of air travel.

The road to oblivion shared by the Southern Cloud and MH-370 forks, however. In 1958, Tom Sonter, a 25-year-old hiking enthusiast and amateur photographer discovered what remained of the ANA plane halfway between Sydney and Melbourne in the Snowy Mountains of New South Wales. Sonter stumbled across the wreckage of the early airliner along with shoes, a Thermos, a camera lens and a woman’s inscribed gold watch. 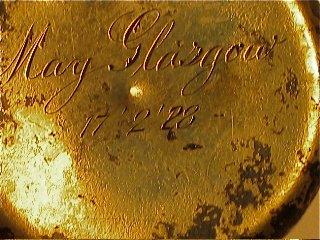 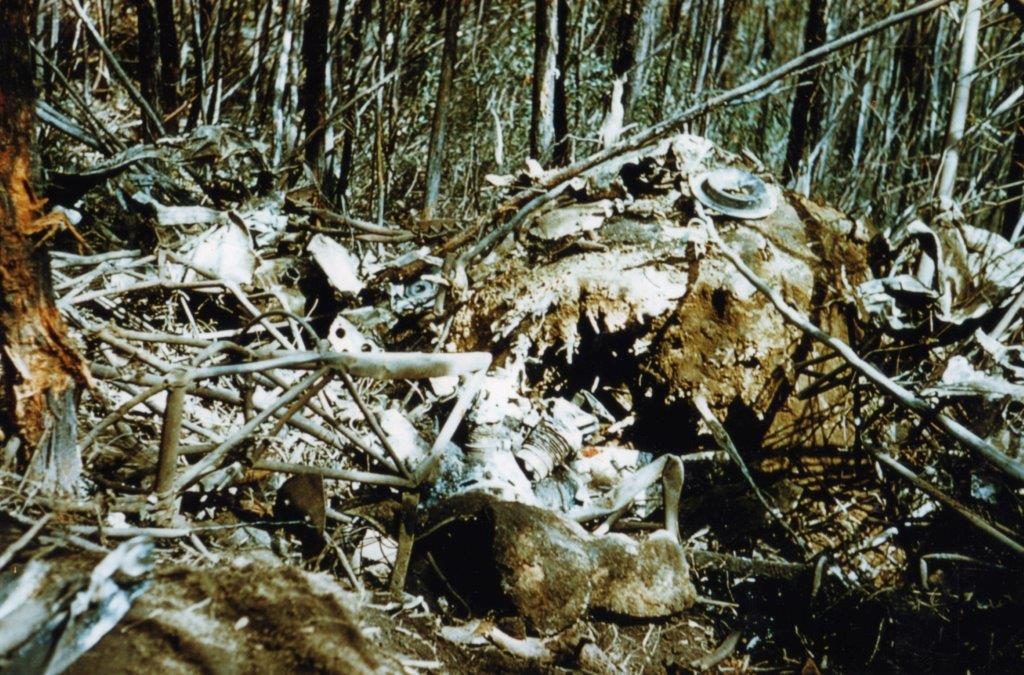 I interviewed Sonter by phone in 2016 for an article in Air & Space Magazine, then was thrilled to actually meet him at a book talk I gave at Sydney’s Powerhouse Museum last year. A lifetime of hiking has its reward. At 85, Sonter is still fit and still eager to tell his remarkable story.

This November, I can think of no better place for the aviation enthusiast to visit than Tumbarumba, home to the historical society that cares for so much of the artifacts of the Southern Cloud and where a special weekend is being planned to commemorate the 60th anniversary of the discovery of the first airliner to go missing in the mountains nearby.

Sonter will be the dinner speaker on Friday November 2. Then on Saturday there will be a 14 km guided walk to the site.

I made this hike in in April of 2017, in the company of Ron and Kathy Frew, who are deeply involved in Tumbarumba history. They spent hours answering my questions when we met at the small but jam-packed history museum at the town’s Visitors Center. 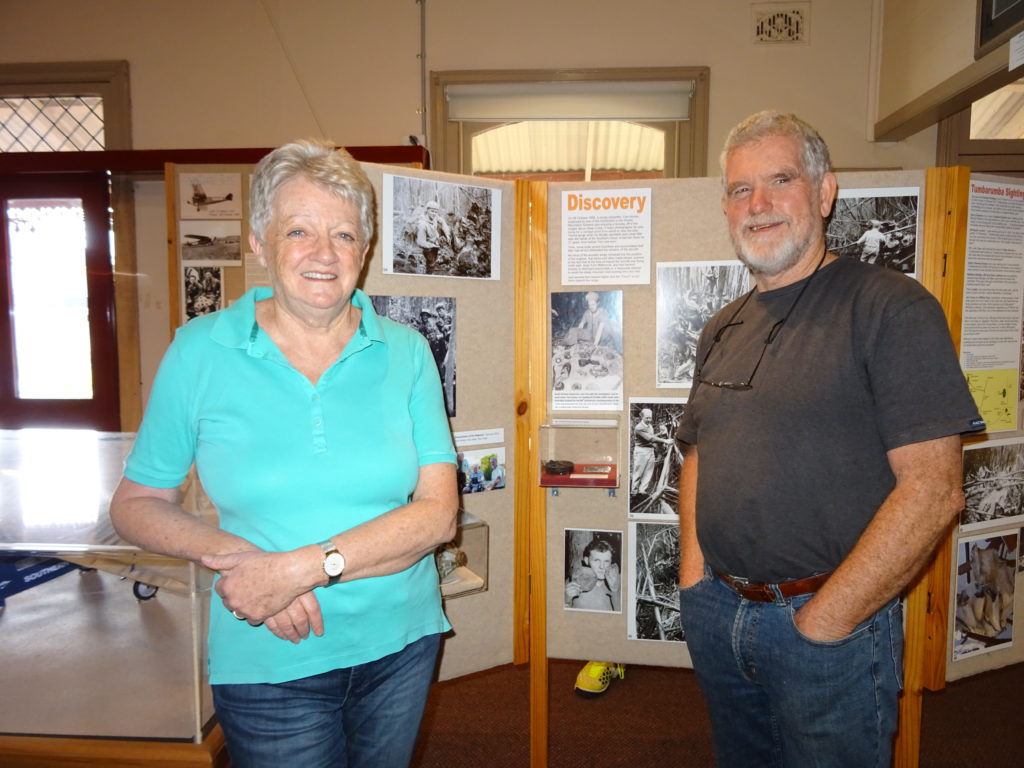 The following day the Frews accompanied me to the crash scene. Natasha Borschmann from the tourist office came along as did my companions from Sydney; Eve Cogan then-14, her sister Ruby, then-12, and their dad Adam.

Bringing teenagers on the trek wasn’t as odd a decision as you might think.

When Eve was 11, she was assigned to write a report about a notable Australian and she chose David Warren, the inventor of the black box. So enthusiastic was she about what she was learning that she began a campaign to rename the “Canberra Airport” after Warren – enlisting the support of hero pilots Capt. Chesley (Sully) Sullenberger of America and Australia’s Capt. Richard de Crespigny. 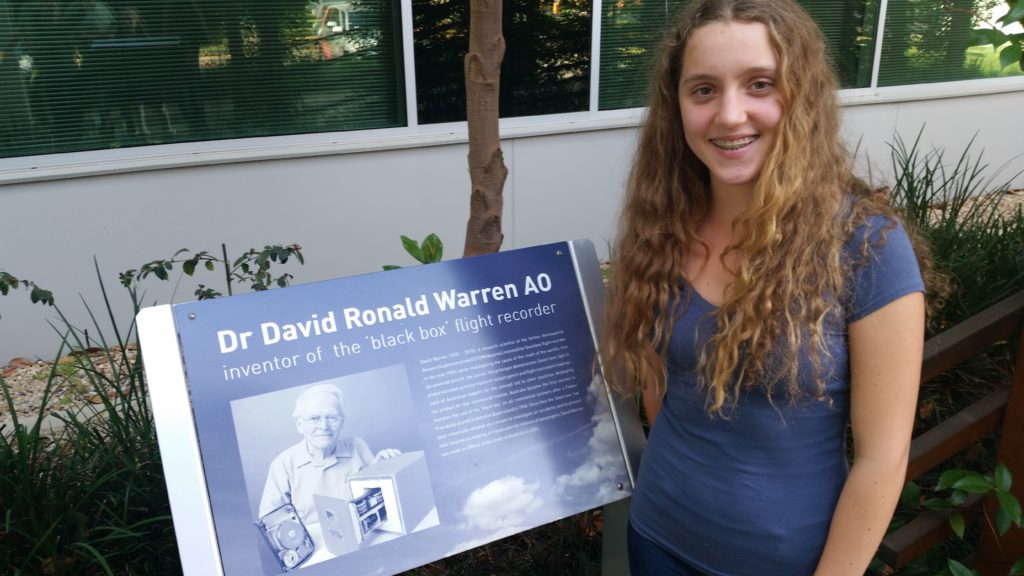 An av geek since she was small enough to sit in her father’s lap and watch air disaster documentaries with him, Eve prepared for the climb by reading MacArthur Job’s book, Into Oblivion. All of which is to say, that she was thoroughly prepared and an eager companion.

Eve followed the Malaysia 370 coverage with equal parts curiosity and skepticism. During our time together she asked, “Even if we find all the wreckage of MH 370, can we say with confidence what is true?”

As a writer specializing in aviation and safety in specific, that question is a lot more complicated than it sounds. Which is why it is so useful to look back on the accidents of the past to see if what was considered true then still stands the test of time.

The sixty year anniversary of a mystery solved reminds that we can’t see the future so we must remember and learn from the past. 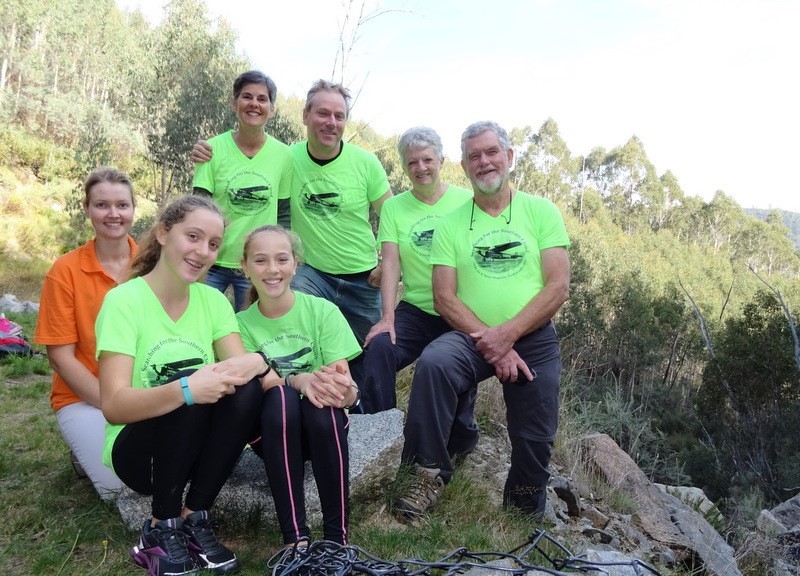 The Southern Cloud Discovery – Sixty Years On weekend will be held

Full interview with Eve Cogan after our climb to Southern Cloud can be seen here.