Following the Leader in Airline Emergencies 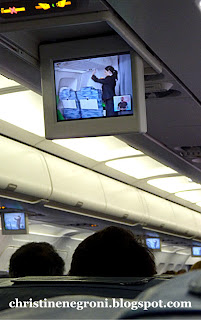 First of all, let’s set aside the myth that an aviation accident  =  everybody dead. It’s not the case though it leads some people adopt the fatalistic and passive view that if anything goes wrong there’s little they can do about it.

But at a hangar at London’s Heathrow Airport, British Airways is giving select passengers a dare-I-say crash course in accident survivability. It’s a one-day class offered for the frequent-flying employees of companies who are customers of BA. Scott writes that the airline is considering whether to offer the training to the public for a fee or in exchange for frequent flier miles.
I’ll admit on first reading I was perturbed by Andy Clubb, the flight attendant who runs the class, who told Scott, “We teach people to react faster than anyone else so they are in the aisle first and down the slide first,” but Clubb goes on to explain that when a confident passenger demonstrates the correct way to respond, others will follow.
Passengers as exemplars is a fabulous idea, a safety spin on the lesson of United Airlines flight 93 that once the door to the plane is closed the folks inside are a self-contained and necessarily self-sufficient community. In a crisis, survival depends on how well the community works as a whole.

Evacuating a 777 is a little frightening
The last time I traveled by air, I sat at the over wing exit row and when the flight attendant asked me if I was willing to handle the door in an emergency, I answered confidently that I was. After all, I’d just spent a week in flight attendant training at Emirates reporting a story for The New York Times. Can I remove the door if required? Yes, indeed. (I could even sell duty free perfume if push came to shove.)
What’s a tad bit troubling is that British Airways is considering charging tuition of $220 for the school. If better safety on the plane becomes another source of ancillary revenue like better service at the airport  well, that would be wrong. 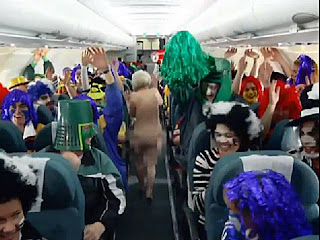 Passengers deserve some of the blame for being blasé about safety, but with a few exceptions such as Air New Zealand, Southwest and Cebu Pacific  (see their videos below) the airlines have done little to make the safety briefing relevant or interesting to passengers. For the most part, their flight attendants are up there droning on and on – boring us to death with information that could save our lives.
So my proposal is this; how about all the airlines join BA in this innovative new program and invite their most frequent travelers to take a safety course for free? Then, in return, and “in the unlikely event of an emergency” these trained passengers would follow instructions text-book style and show the rest of us how its done.

5 responses to “Following the Leader in Airline Emergencies”