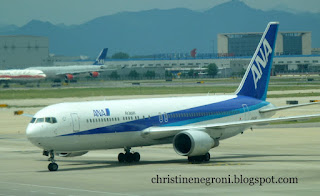 An ANA airliner at Beijing Airport

Much of what we know about crash survivability feels highly theoretical until a caught-on-camera event like the one last week at Tokyo’s Narita Airport. Would that the hull had done as well as the 193 passengers who were safely strapped into their seats.

ANA Flight 953 from Beijing made a landing that went like this; right gear down, nose gear down, back in the air, nose gear down, main gear follows as the Boeing 767-300 bounced its way down runway 16R and the airport camera recorded it all.

Experienced pilots are weighing in on whether the problem was with landing configuration, winds, pilot training, all of the above, or something else entirely. The Japan Transport Safety Board will be investigating. Flight Global reports an ANA spokeswoman said she did not know how long the ten-year-old airplane would be out of service. The video shows damage in the form of warps and dimples on the fuselage.

One thing’s for certain, the fact that all on board the airplane were uninjured is testament to advances in cabin survivability. 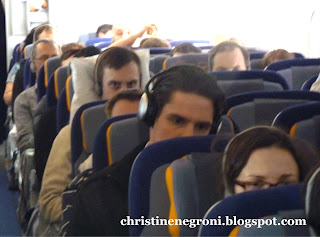 I bring this up because last month, while writing a story for The New York Times about whether present testing is sufficient to assure that airplane seats will hold up under the burden of today’s heavier travelers, some people dismissed the issue as meaningless. “In an air accident, everybody dies,” they say.  The notion that all air accidents are non-survivable is a persistent myth.

I can think of many recent mishaps in which the damage was confined to the airplane. In our digital age the videos quickly became You Tube sensations; Qantas Flight 32‘s uncontained engine failure, JetBlue Flight 292’s landing gear problem, (one of several) the collision of an Air France A380 and with Delta regional jet at JFK airport.

These videos and others like them make for great television, but they should bring home the message keeping passengers safe is no accident.

8 responses to “Hard Landing in Narita Caught On Tape”