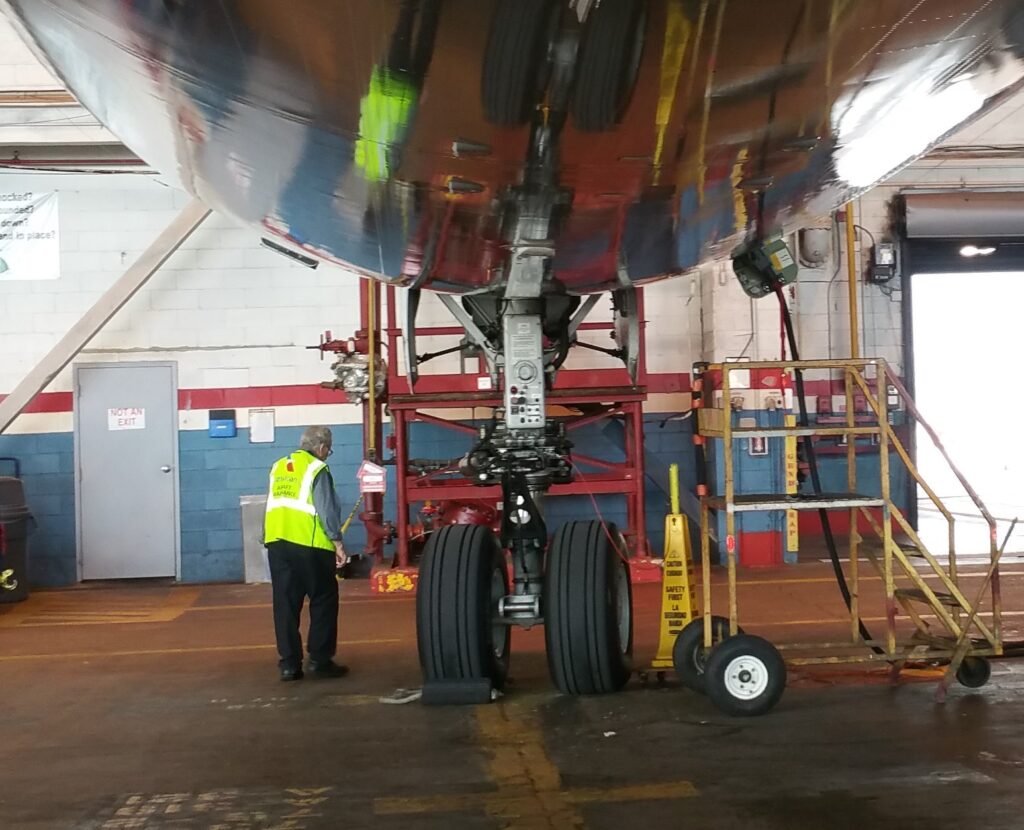 For people in the northern hemisphere, summertime brings excitement, nostalgia, and sometimes both. It is the season young people join the world of work and those already steeped in that world may recall their anticipation as the journey started.

For American Airlines mechanic Azriel (Al) Blackman, who this summer will have spent 80 years at the airline where he started his career, July 18 is not a work anniversary but a celebration of doing the thing he loves for so long. 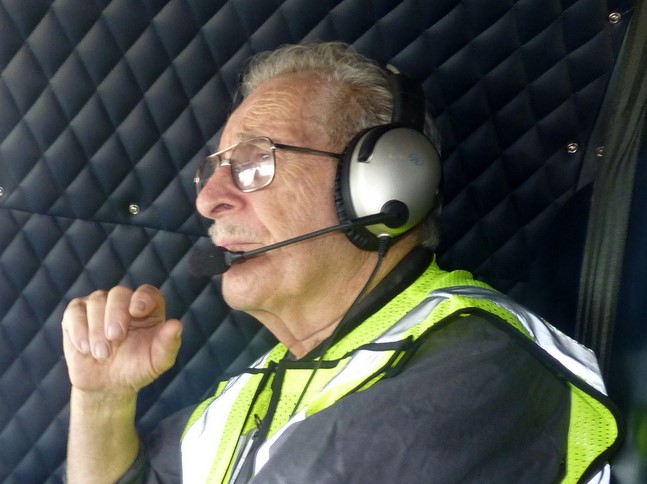 “If you like what you do, it’s not work,” he told a reporter a decade ago. That was the year American brought a DC-3 to John F. Kennedy and took Blackman, his friends, family and co-workers on a flight around New York. The airline commissioned for the wall of the maintenance hangar, a massive mural depicting Blackman and the airplanes that have come under his care. 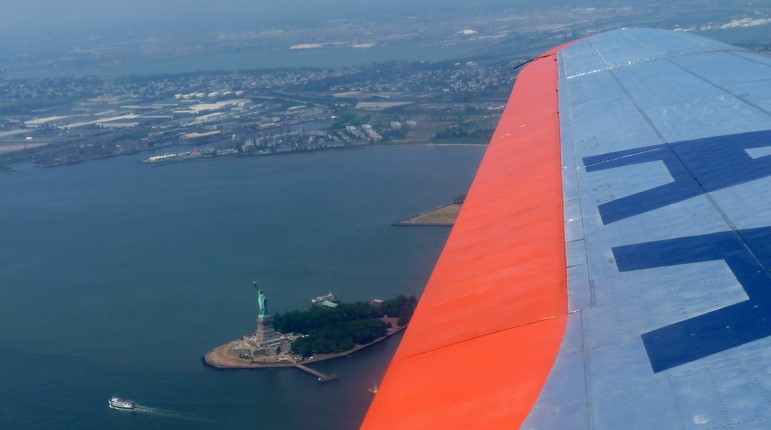 In 2017, when Blackman clicked through three-quarters of a century turning a wrench on the JFK-based fleet, the DC-3 was back, along with the then and former presidents of the airline, Robert Crandall and Doug Parker. That was the year Guinness World Records noted Blackman as having had the longest career as an airline mechanic. 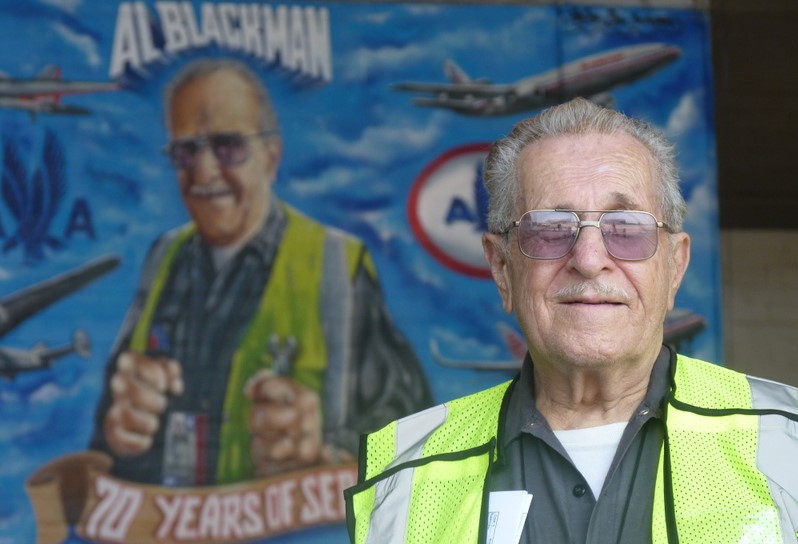 “Blackie is part of aviation history,” said Gary Santos, who works with him at JFK and who, as an amateur aviation historian, is in a position to know. Years ago, Blackman talked to Santos about hobby project in which he had been involved, restoring the only surviving Sikorsky VS-44A Excambian Flying Boat. 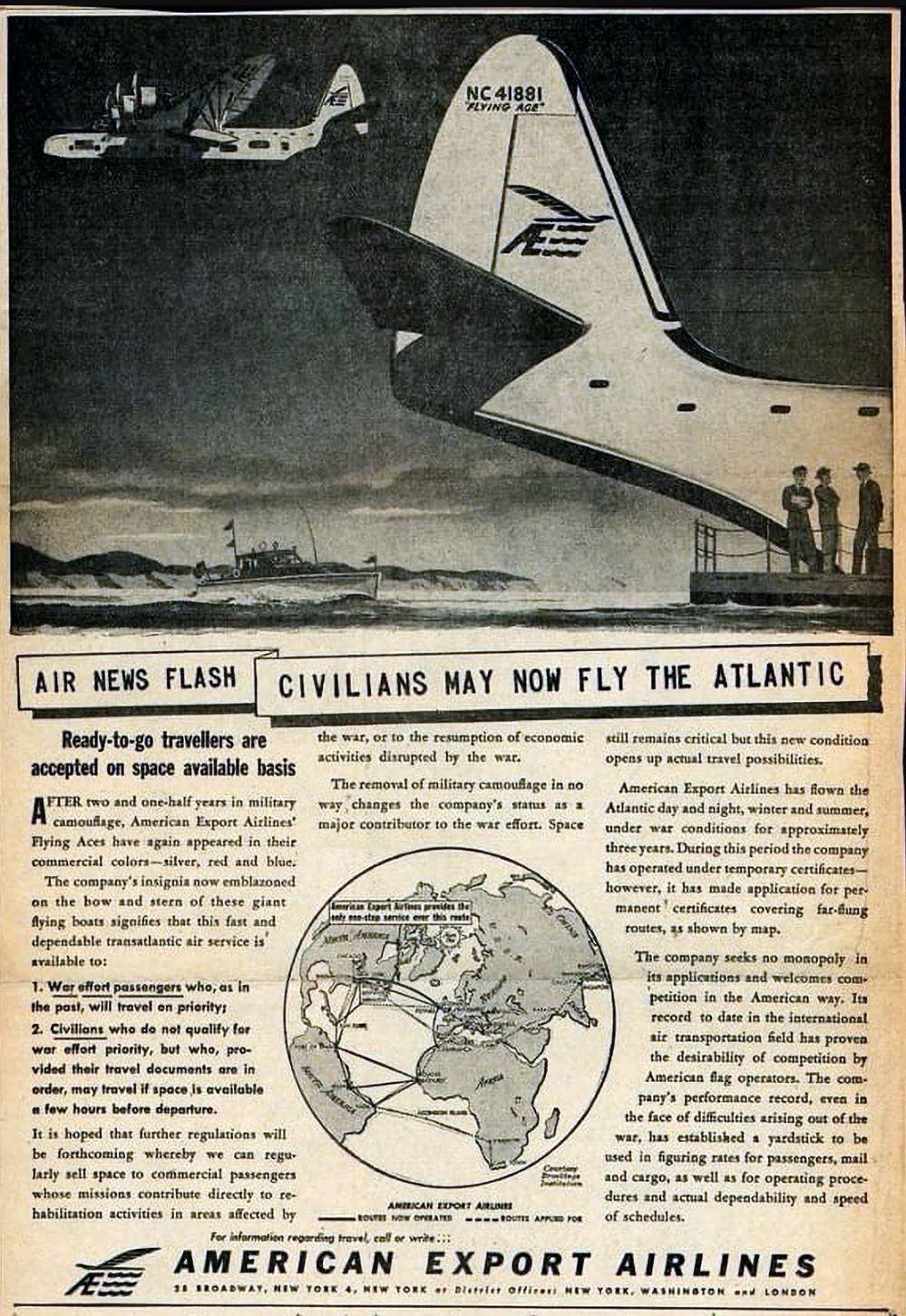 One hundred and forty volunteers worked on the restoration of the Excambian which is now on display at the New England Air Museum in Windsor Locks, Conn. It has its own, fascinating backstory which you can watch here. But suffice to say that when Igor Sikorsky’s largest flying boat to date was first flown, few could anticipate that it would ferry personnel into war zones, fly well-heeled beach-goers to islands off the California coast, or eventually become part of the airline fleet of a Hollywood star and her equally renowned pilot husband.

And the same might be said of Blackman. A 16-year-old gets what appears to be a minor assist when his teacher sends a note to an airline praising the teen’s metalworking skills. A career filled with literal ups and downs follows. Few who remember the teen are still alive, but the man he became is loved and respected by many. 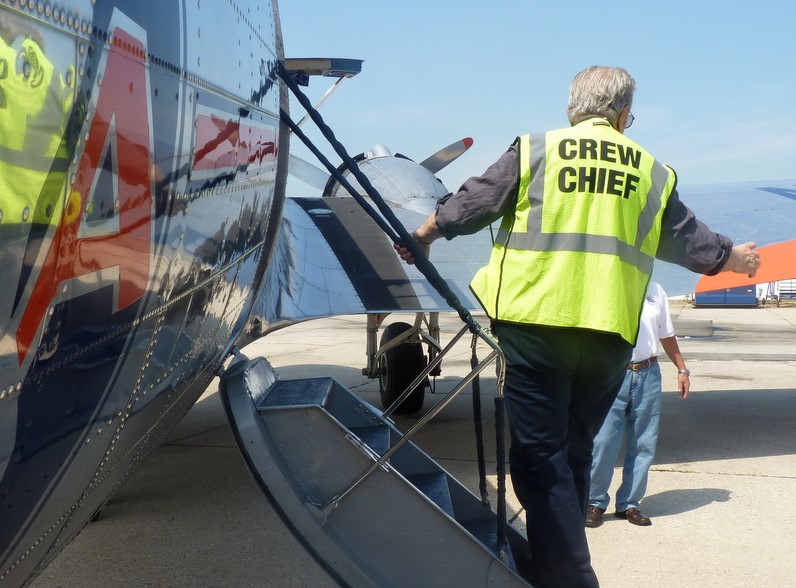 If you want to share in the joy of a piece of aviation’s living history, I urge you to take a scroll through the testimonials posted on Azriel Blackman’s Kudos Wall.

Sometimes work is just toil. Other times it is a lifetime of fabricating blessings.