Iceland Bared, Three Ways to See What It’s Made Of 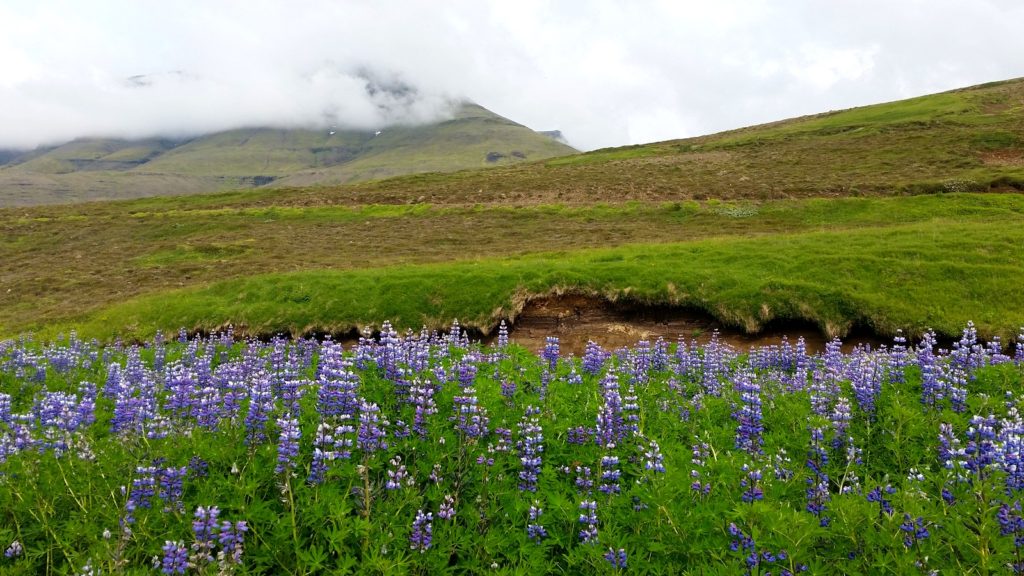 “If you get lost in the forest in Iceland, just stand up,” or so the joke goes. Iceland has many natural wonders, but forests are not among them. You are much more likely to get lost among the volcanic rocks which pile atop each other over vast distances. Covered by snow in winter, lichen in fall and awash in purple Lupina in the summer, the bones of the face of Iceland have a seasonal sameness.

I’ve visited Iceland five times in as many years, including a visit in July for this story for The New York Times. But after a conference here this week, I took two days and tried three activities designed to get a different view of Reykjavik. Let’s just say it was my way of metaphorically looking for the forest in a land without trees.

Walking Among the Dead 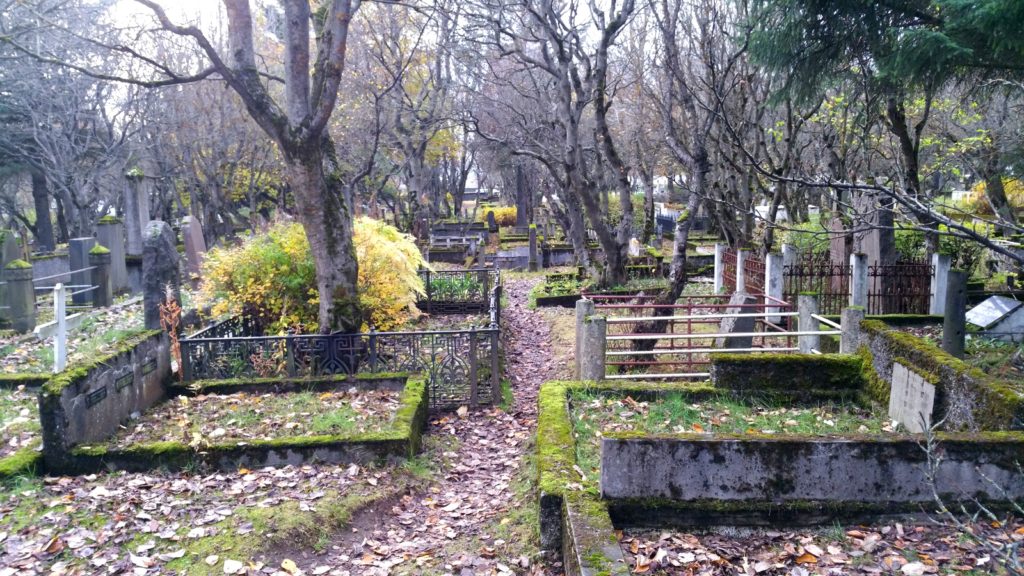 Call me oblivious, but I hadn’t really noticed the tree shortage until I found the hidden ones. On a walk through a quiet residential area west of downtown Reykjavik on an autumn afternoon, I pushed open a rusty iron gate at the corner of a park and found Holavellir Graveyard. There were not only trees in abundance the branches were filled with singing birds. Goldcrests and blackbirds breed here, according to a posted sign, even though they are not indigenous. Redwings, redpoll and white wagtails are also known to inhabit the cemetery.

Surrounded by all this lushness, the birds chirped with abandon and I studied the way the lichen claimed every horizontal surface including the tops of the headstones. 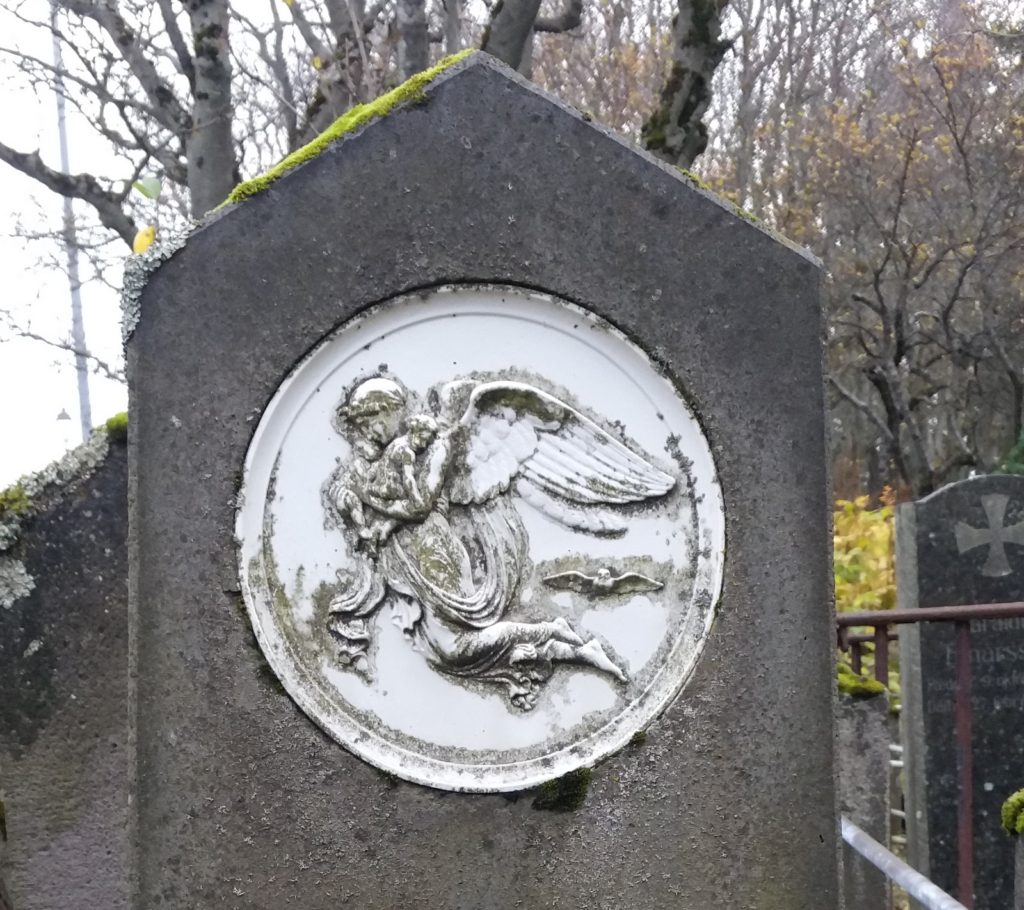 Some of the grave markers were new but many were not. Graves date back to 1838. The most interesting, however was the one that told a story in a simple marble disk embedded into an obelisk. An angel with enormous wings begins its heavenward journey  bearing in its arms two sleeping children. A dove flies at its heels. In any language, in any country, Rest in peace is the unequivocal message.

Iceland tourism is full of get-outdoors activities. That the weather is often wet and always cold must not be allowed to keep you indoors. That’s my mantra anyway, which is why I did not let a chilly and relentless rain interfere with my plan to ride some of Reykjavik’s gorgeous bike trails. 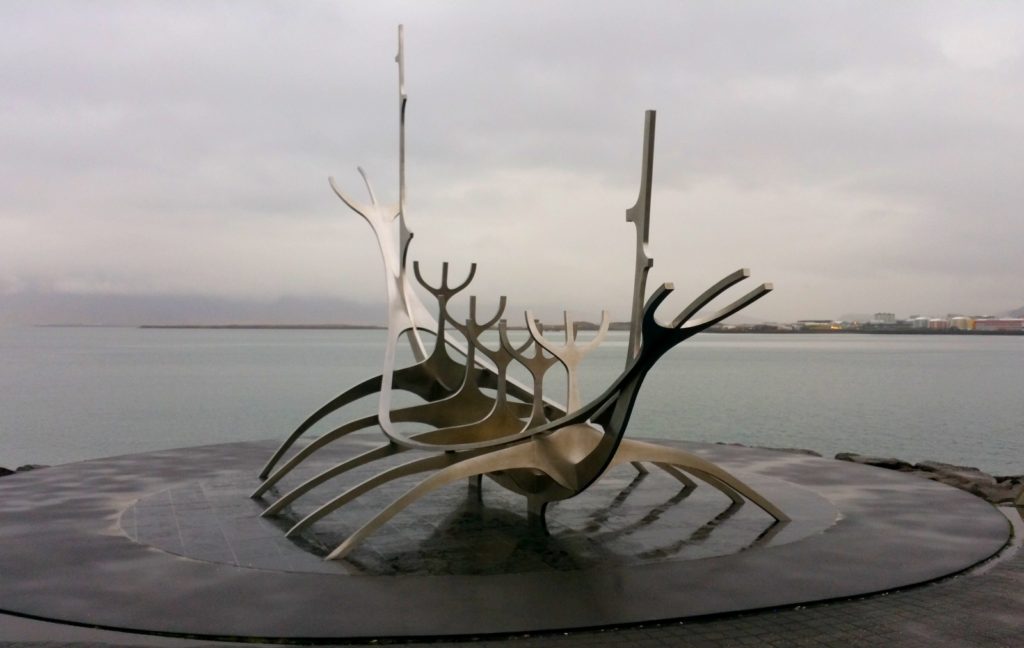 Heading east from the old harbor along Sæbraut Road, a Zodiac blasted by on the ocean below just as I was passing the stationery and silent, Sun Voyager.  The late-Jón Gunnar Arnason designed the stainless steel boat which faces out to sea with its bow raised heavenward, not unlike the angel on the grave marker .

Gunnar was ill with the sickness that would kill him while producing the Sun Voyager and one has to wonder what role that played in the creation of what he describes as the universal dream vessel in which we can sail away. 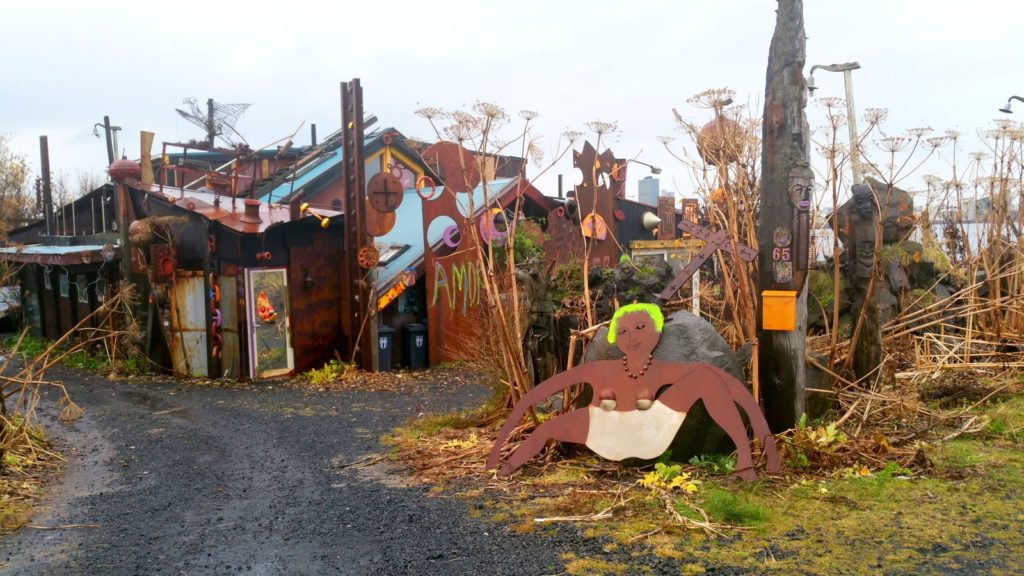 The home of an unknown artist in Laugarnes

A little farther along in the neighborhood of Laugarnes, I’d been told about the outdoor sculpture garden of Sigurjón Ólafsson. Not sure what to look for, however, I wandered first around a very funky private home that I thought could be the place.

From the driveway, around the yard and all over the house and back deck were colorful collages and carefully placed sculptures, vignettes designed to amuse. Had the resident discovered me I can only hope he would also have been amused and forgiven me my trespassing. 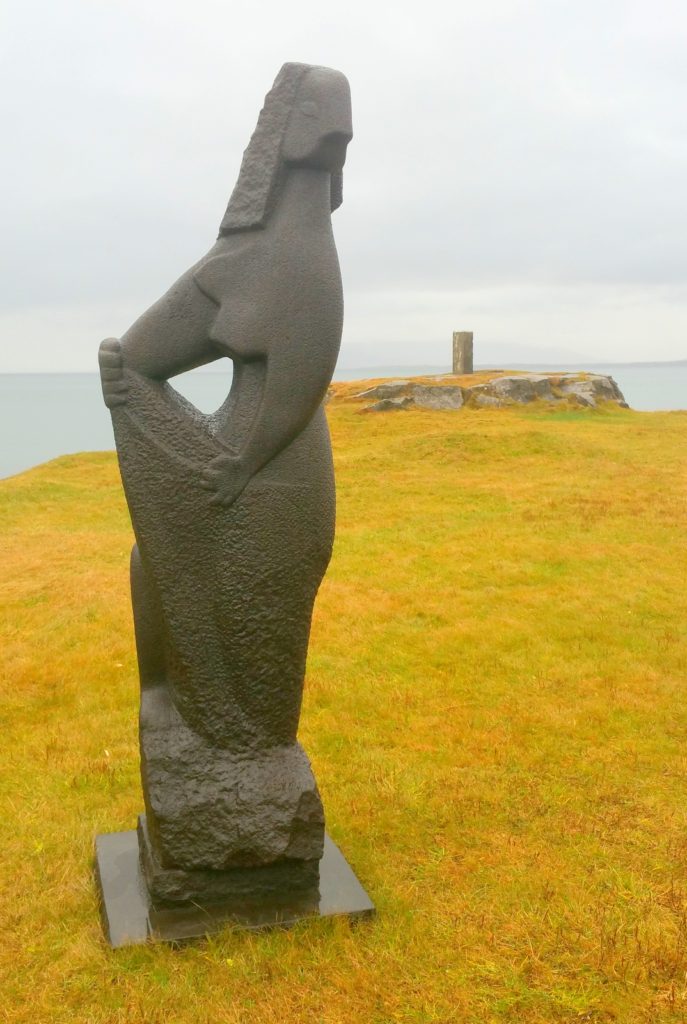 At the Sigurjón Ólafsson sculpture garden

The Ólafsson museum, was not far away but completely different and equally inspiring. Tall, well-weathered stone, metal and wood sculptures rise with no backdrop closer than the mountains across the bay. The substantial mermaid and I faced off. I, in my rain-soaked jeans,  she, holding out what I imagined was her equally sodden tail.

Soaking With a View

If you are going to get wet from the elements in Iceland, and take it from me, you most certainly are, plan to visit a thermal bath. I’ve written before about the Blue Lagoon. And perhaps I should not have been so effusive. Reservations are required now to get in.

Anyway the Blue Lagoon is wonderful, sure, but there are other spots for a relaxing soak.

The pool at Nauthólsvík public beach

There are the thermal outdoor pools at Laugardalslaug, a healthy walk or easy bike ride from town. But my favorite spot is the public beach at Nauthólsvík. The oblong pool provides a steaming-hot, shallow soak. Some bathers drink beer and wine and when kids are there, I’ve seen them eating ice cream in the pool because it doesn’t take long to get toasty.

With my friends Darren and Jerree

Don’t be surprised if you join the locals and wade in to the ocean. A couple of seconds of that will send you back to the pool or the steam room but you won’t regret it.

In fact, there’s nothing about these three activities, with their small measure of discomfort and uncertainty that won’t leave you feeling edified. You’ll be enjoying Reykjavik like a local and it won’t matter at all, if you never lay eyes on a tree.

For more on my visit to Iceland ready my New York Times story here. 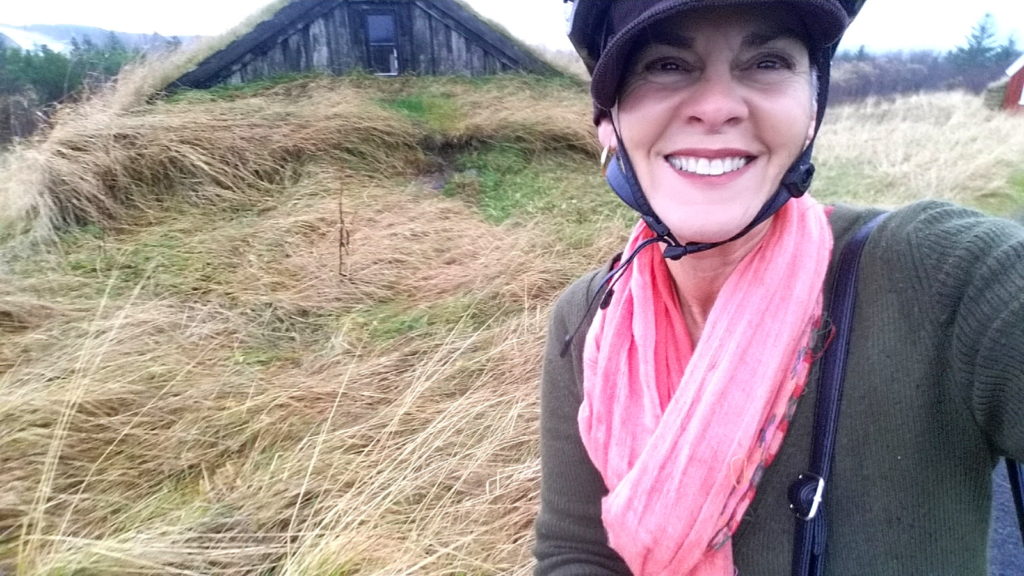 On my bike ride at the Árbæjarsafn open musuem