The contrast is like day and night. In the span of 24-hours I have written about two countries with vastly different views of the importance of aviation to their national future; Turkey and India.

In my story in today’s International Herald Tribune, I interview folks who are agog over the rapid growth and ambitious plans of the formerly overlooked Turkish Airlines. Of Turkish, Ralph Anker of anna.aero writes Istanbul is “the most diverse hub in Europe.”

While Turkey keeps sending its Prime Minister Recep Tayyip Erdogan to soothe trouble spots around the world maybe he ought to plan a stop in New Delhi and explain that when a nation’s aviation system becomes a global laughing stock, you got problems baby!

Okay, so the incredibly handsome and dapper Tyler didn’t put it exactly that way. He’s a gentleman after all. But in a speech to India Aviation 2012 conference in Hyderabad he got thisclose calling the situation in India “critical” and saying, “I am not here to point fingers or apportion blame. The state of today’s Indian aviation industry is the result of a number of factors.”

All of this suggests the booming demand for air travel has outpaced Indian airlines’ abilities to safety operate. That’s the airlines’ problem. What the government does about it becomes the problem of the Indian travelers who – like the rest of the world – are developing an appetite for mobility. It’s also a problem for the growing number of visitors intrigued by or doing business in Incredible India. 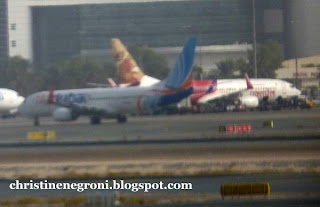 Tyler’s speech, which you can read here, presented a four-pronged plan of action and a call for a unified national aviation policy. It is all well couched in niceties of course.

But if you ask undiplomatic me, it is terrible that a country with so much to offer can be languishing so far behind the pack in aviation.
In fact, it’s incredible.

I am a journalist, a published author, speaker and broadcaster specializing in aviation and travel.