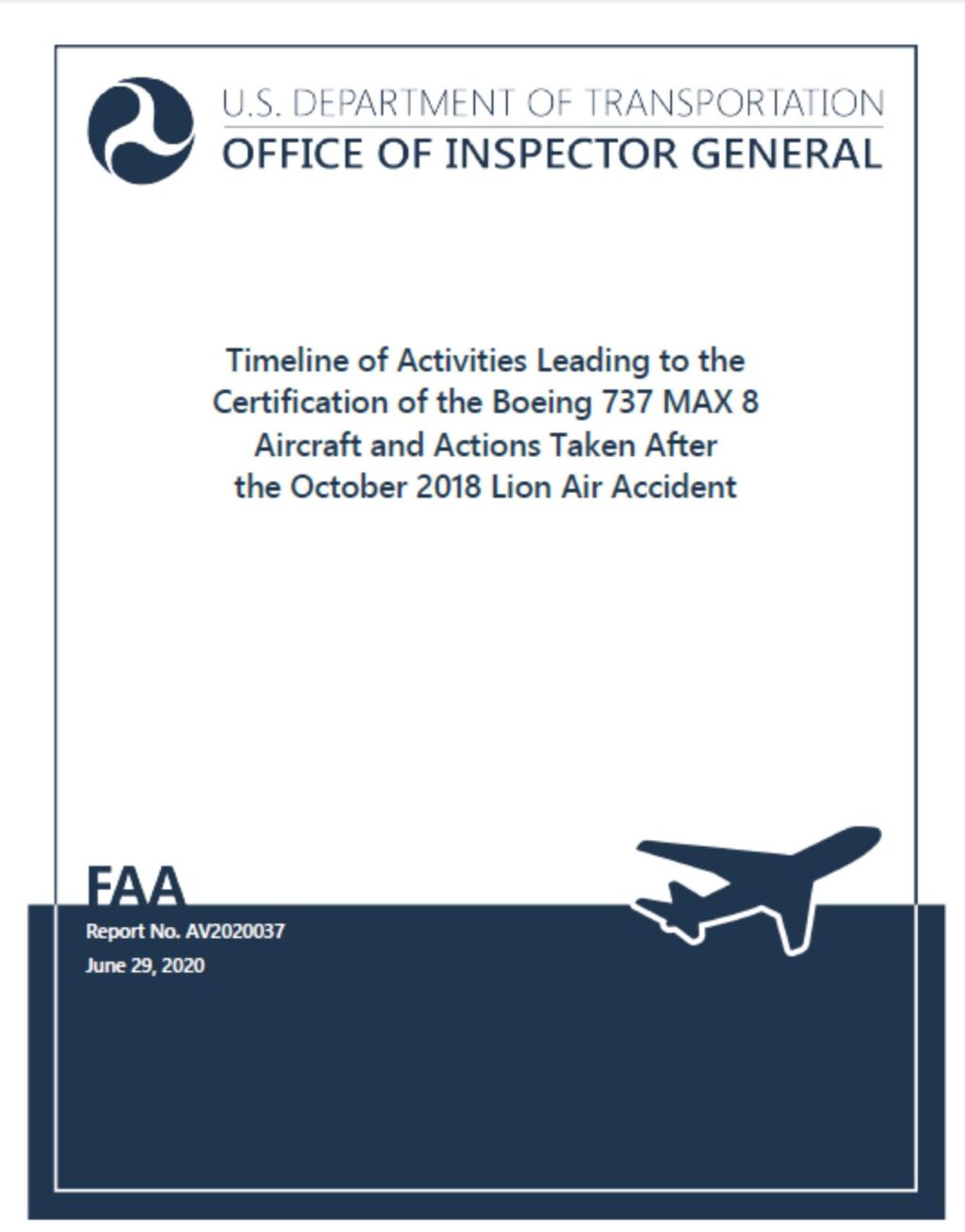 Boeing’s campaign to underplay and withhold information about a software system linked to two deadly air disasters goes back to the earliest days of the airliner’s design, a new report from the Department of Transportation’s Inspector General says. The report released on Wednesday is one of several launched following two crashes of Boeing 737 Max airliners that killed a total of 346 people in late 2018 and March of 2019.

After the second accident, Boeing’s brand new airliner was grounded globally and it hasn’t flown in commercial service since. It is a record-setting halt in operations for a new airliner, surpassing even the infamous British produced Comet of the 1950s, which suffered three inflight breakups in just twelve months. 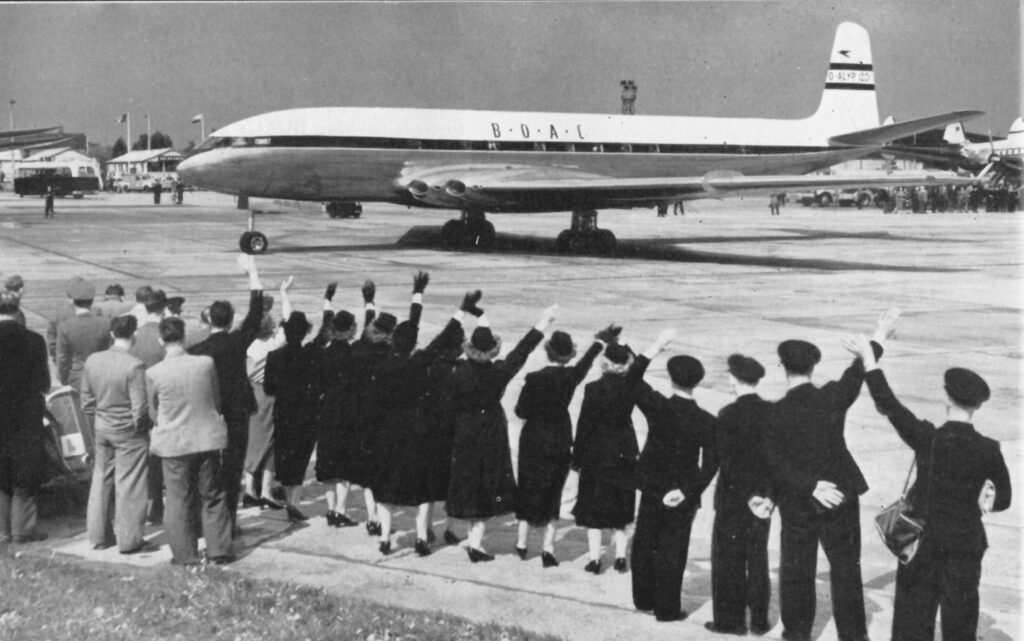 But even as I write these words, the supposedly improved 737 Max is in the air with Boeing and FAA trying to determine if fixes to the automated flight control system are sufficient to allow the Max to return to the sky.

(Read why I’m pessimistic about the Maxs future)

While Boeing and the FAA are literally looking skyward, the IG investigators are describing their look backward, reviewing step by step how the planemaker convinced the regulator to certify the airplane with hidden design flaws. They report that as far back as 2013, Boeing was already misrepresenting the novel nature of the Maneuvering Characteristics Augmentation System – shortened for obvious reasons to MCAS – in order to avoid closer scrutiny during the certification process.

“According to internal Boeing meeting minutes from 2013, the company made the decision to portray MCAS as a modification to an existing flight control system,” the IG writes,  “…in part because if MCAS “was emphasized as a new function, there may be a greater certification and training impact.” 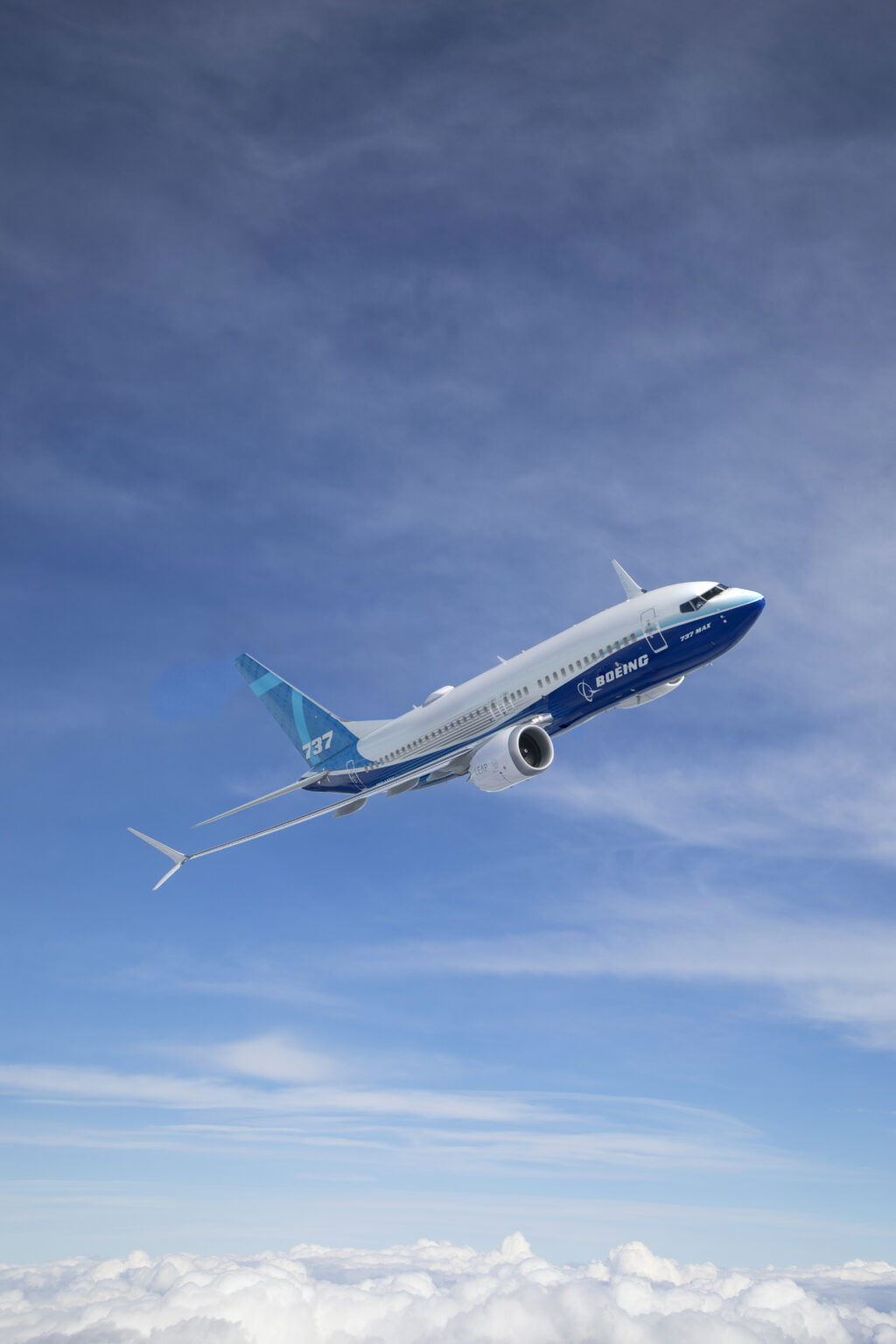 Giving Boeing the benefit of the doubt, perhaps its engineers truly believed at that time that the MCAS would be subtle enough and used so rarely as to be inconsequential. But even that generous interpretation of what might otherwise be seen as corporate duplicitousness falls by the wayside as years pass.

By 2016, the use of MCAS became more overt. Under certain circumstances it could seize control of the airplane forcing it to pitch down when pilots would least expect it; in manual flight with flaps retracted.

The first time the FAA certification engineers were given a “full picture” of how MCAS performed in flight was after the crash of Lion Air Flight 610 in October 2018,

In the many Congressional hearings that have been held over the past twenty months, FAA is often faulted for its lack of oversight. The IG adds to the chorus explaining that the “FAA relied heavily on the information that Boeing provided in the early stages of the aircraft’s certification, which in turn drove the Agency’s decisions on areas of involvement.”

An agency that can take years to a decade or more to act on some issues (drones, air traffic control, fuel tank inerting to name but three) moved at warp speed when it came to decreeing that MCAS was not novel technology deserving of extra scrutiny from regulators.

But to heap too much blame on the FAA ignores a monumental change imposed on the agency by U.S. lawmakers. Shortly before the first Max crash, legislation opposed by the FAA but passed by Congress and signed into law gave manufacturers like Boeing even more leeway to attest to the safety of their own products.

A set of pie charts compiled by the IG’s office illustrates the certification creep. In just 3 years the delegation of authority went from two-thirds FAA/one-third Boeing to nearly 90-percent of design plan certification being handled by Boeing. 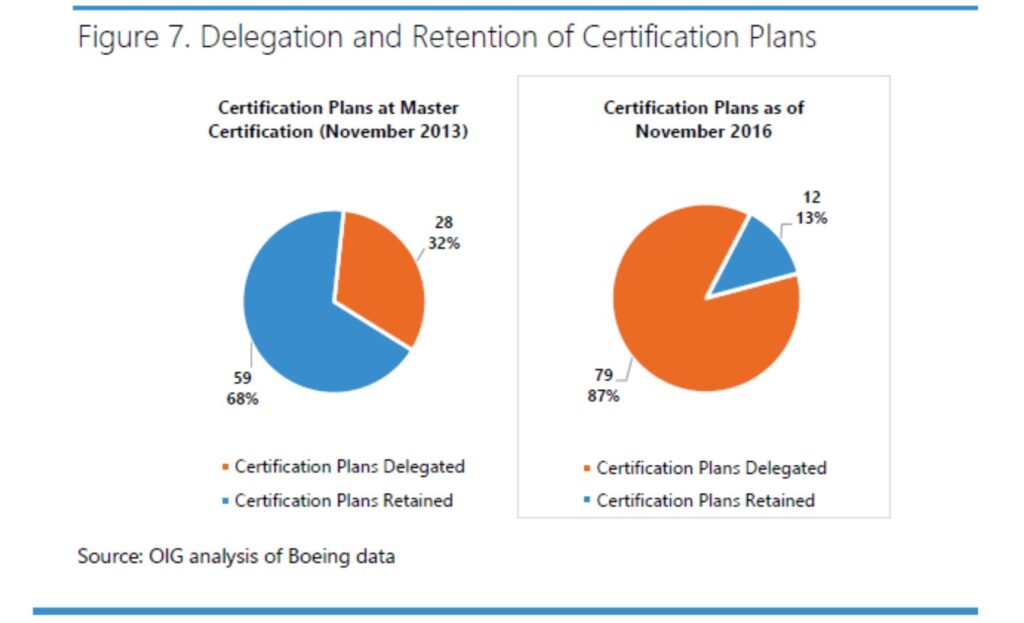 At the end of the IG’s 40 page report, Steven Bradbury, the DOT’s General Counsel and acting Deputy Secretary writes all the right words by promising that the FAA will learn from the weaknesses exposed by this latest investigation. The agency will take those fancy risk mitigation tools used by airlines and apply them to systems like FAA certification – the mission of which is solely to ensure safety.

The promise to do better next time also includes a reminder that even before the IG report was released, FAA Administrator Steve Dickson warned manufacturers to rethink any notion of misusing the FAA’s delegation of authority to certify their own products.  “The ODA “construct is based on trust . . . it’s a privilege . . . it’s not a right.”

Who can say if these latest revelations will have an impact on the company’s future behavior? Boeing has a history of withholding information from investigators. But with hundreds of airplanes grounded, factories shuttered, and airlines furious, the 737 Max deceptions are the most consequential I’ve seen in 25 years writing about the industry.

With the test flights underway this week, Boeing is calling the Max the world’s most scrutinized airliner. How it came to fly despite its flaws has also been examined. It remains to be seen whether all this analysis will improve the Max, its maker and its overseers, but we can hope.

My interview on the Max with David Schaper of NPR below