#BREAKING: It is now known that the Flight PS752 of #Ukraine International Airlines exploded mid-air before impacting ground in #Shahriar, near #Tehran, #Iran. Cause of the explosion of this Boeing 737-8KV with UR-PSR register is unknown.This video shows it moments before crash? pic.twitter.com/b1n6TVBccD

Iran plans to include the United States, Boeing and the joint American/French CFM Engines in its probe into Wednesday’s crash of a Ukranian International Airlines Boeing 737 that killed 170+ people.

In a rapidly filed report (in Persian) with the International Civil Aviation Organization, the Iranian government indicated it would follow the United Nation’s internationally recognized standards and practices and that it will field a special team to investigate the possibility of an explosion during the flight.

This follows an early bombastic threat from Ali Abedzadeh head of Iran’s Civil Aviation Organization, which was interpreted by some as suggesting the United States and Boeing might be excluded from participating.

The Abedzadeh statement said, “We will not give the black boxes to the manufacturer and the Americans.”

An airplane manufacturer is not the routine destination for black boxes, but the NTSB recorder lab is often called on to assist countries that do not have the ability to download the increasingly data-rich recorders. That said, there are other organizations perfectly capable of helping the Iranians in light of the present hostilities between Iran and America. In the 737 Max crash of Ethiopian Airlines Flight 302, the French BEA downloaded the recorders. 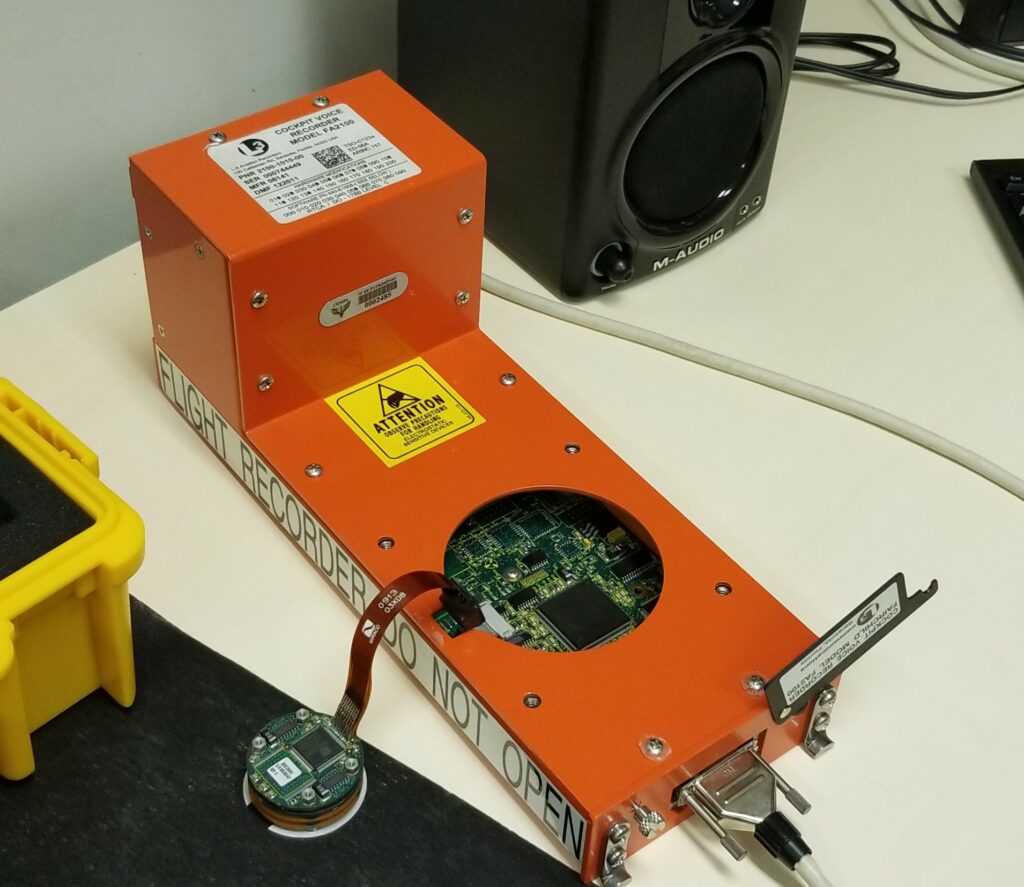 Canada which lost dozens of its citizens in the Ukrainian International Airlines disaster would also be capable and is home to Mike Poole of Plane Sciences, one of the world’s most experienced flight recorder engineers.

Even so, the ICAO guidelines entitle the US National Transportation Safety Board, Boeing and others to participate in the investigation given that the airplane and engines were manufactured and certified by American entities.  Participation includes access to evidence except where conflicts of interest and confidentiality cannot be managed, according to Ron Bartsch, author of International Aviation Law, A Practical Guide. 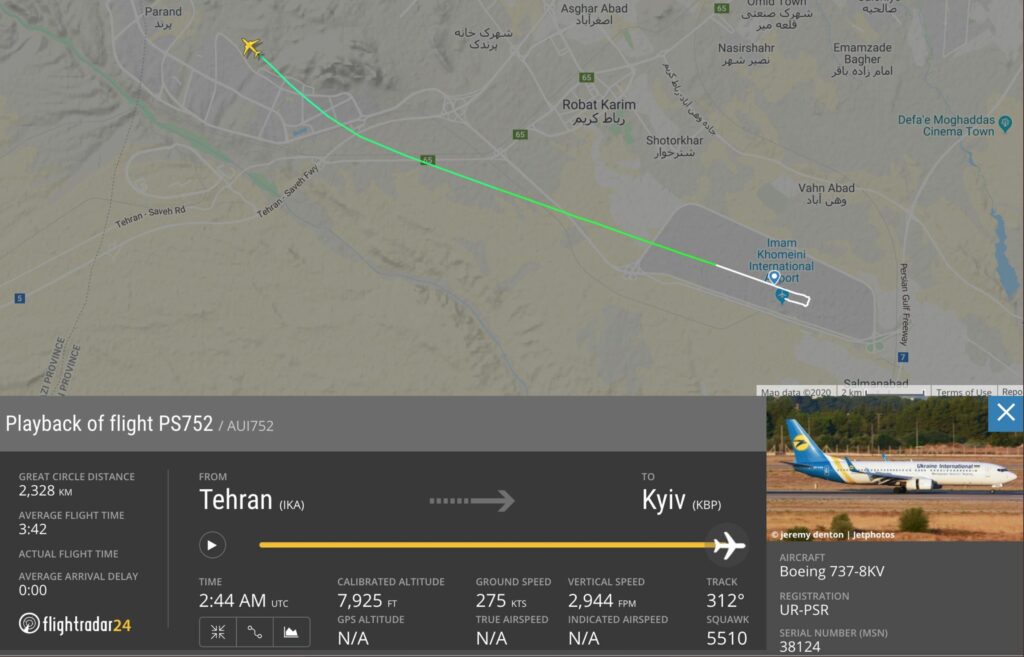 Image of flight route by Flightradar24

Other points of note in the Iranian report (offered with the full disclosure that I used Google Translate as no English language version appears to have been filed) include:

The pilots reported nothing amiss prior to the loss of the airliner’s radar transponder. There were eyewitnesses to a fire on the aircraft from the ground and from pilots of another aircraft flying in the area.

The airplane turned back to the airport “after a technical problem.” (Whether this is an issue with Google Translate I can’t say, but the report of a technical problem in the absence of any indication of trouble from the plane or the pilots is illogical.)

An explosion was reported on impact. Nothing is in the preliminary report about an explosion while the aircraft was still flying. Several safety specialists note the high likelihood of an explosion during flight based on video showing the airplane shedding parts as it flew and the length of the debris field.

Both recorders were recovered and both show signs of damage. Investigative teams have been formed and one group is assigned to look into “explosion issues.”

The government of Iran concludes the report with a commitment to making the results of the investigation public.

While Iran has been criticized for its initial threat to exclude the Americans, it should be noted that Ukraine’s call for a criminal investigation could also violate ICAO standards which are focused on determining what happened and why rather than finding fault. Only in the case of suspected intentional acts such as sabotage and terrorism is a criminal investigation appropriate.

And while an explosion could very well indicate an intentional act, non-nefarious causes exist as well including fuel tank and cargo area ignitions from wiring, hazardous cargo, static and lightning. 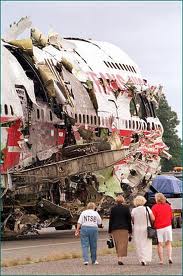 In any event, despite the ongoing political drama in the region, it should come as a relief that Iranian aviation authorities are taking seriously their obligation to comply with international accords that protect the integrity of investigations, which is responsible for assuring safe skies.