Lesson from the Rails; There Are No Strangers On a Train

The sound of raucous conversation greeted us when the double saloon-style doors opened to the Gold class lounge on Australia’s famed long distance train, The Ghan. My sister Lee and I were late in arriving for the departure cocktail party because we’d stopped first to check out the compartments where we’d be spending the next two nights crossing Australia from Adelaide in the south to Darwin in the far north.

We each had a single room and the tiny cubicles were across a corridor so narrow, we could have left our doors open and held hands if we wanted. But we did not. We would have welcomed being closer to the bar car, however. It was five cars away, which explains our tardy arrival for the first round of drinks. 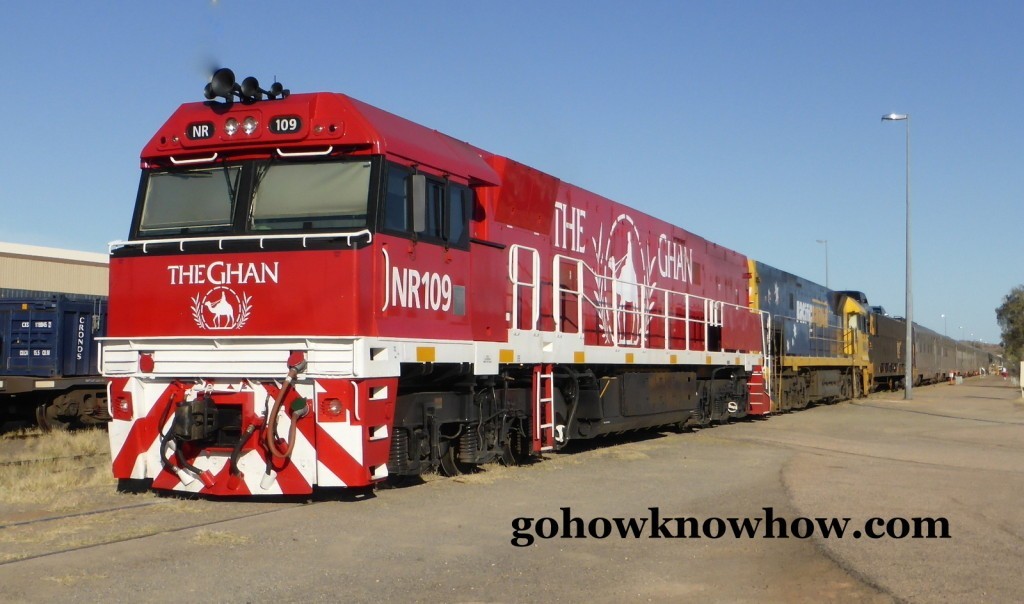 The Ghan stopped in Alice Springs

Anyway, the doors parted and those for whom the party had already started turned toward us as one.  “Ladies and gentlemen,” I announced, because really, they were gazing expectantly from every couch, easy chair and barstool, “the entertainment has arrived.”

Lee and I were both excited about the adventure ahead and eager to dive in and discover who these people were and what prompted them to spend days in transit to a place they could travel to in a few hours on a plane. 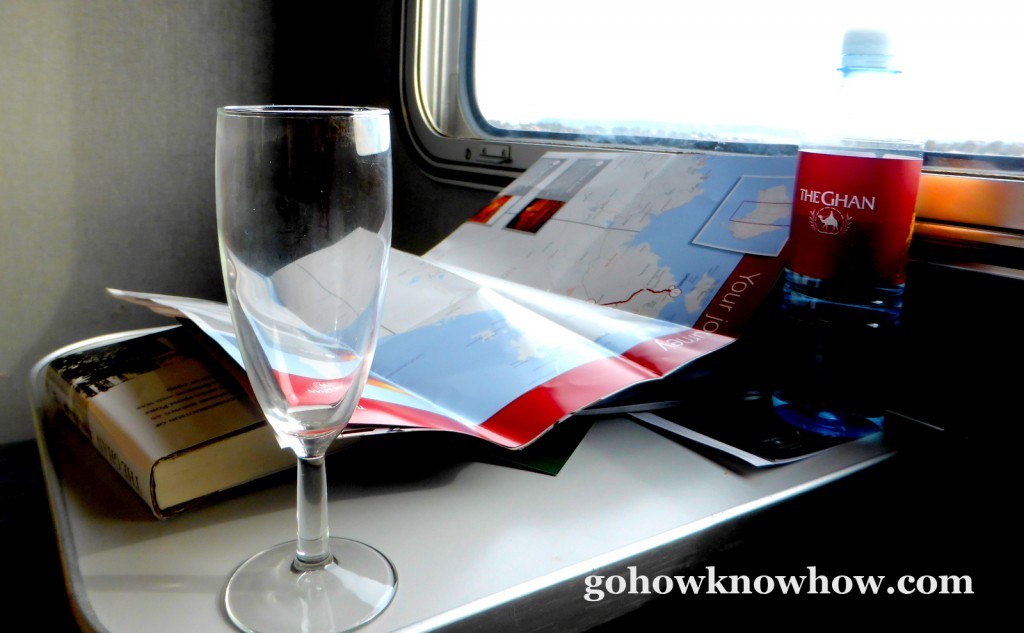 If there’s one thing that separates people who journey by train, boat, car, bike from those who go by air, it is that slow travelers wholeheartedly embrace the journey. The vehicle is far more than the machine that gets them from A to B. In many cases the vehicle is why they are going to B in the first place. And because this is a tie that binds, passengers on a train are easy to befriend. Everyone you meet will have stories to share about other trains. Most will be up for a game of Scrabble (Oh yeah!) or a conversation about their grandchildren. (Not so much.)

I mention grandparents because on three of the four long-distance trips I have taken recently, the passengers in sleeping cars skew to “mature.” This is not surprising. On The Ghan, Canada’s VIA Rail and America’s Amtrak, sleeping cars can be twice to five times as much as a regular seat. (AUS $2099 for Gold compared to $889 in Red on The Ghan. US$648 for a roomette compared to $115 coach seat on a similar length USA west coast trip on Amtrak) 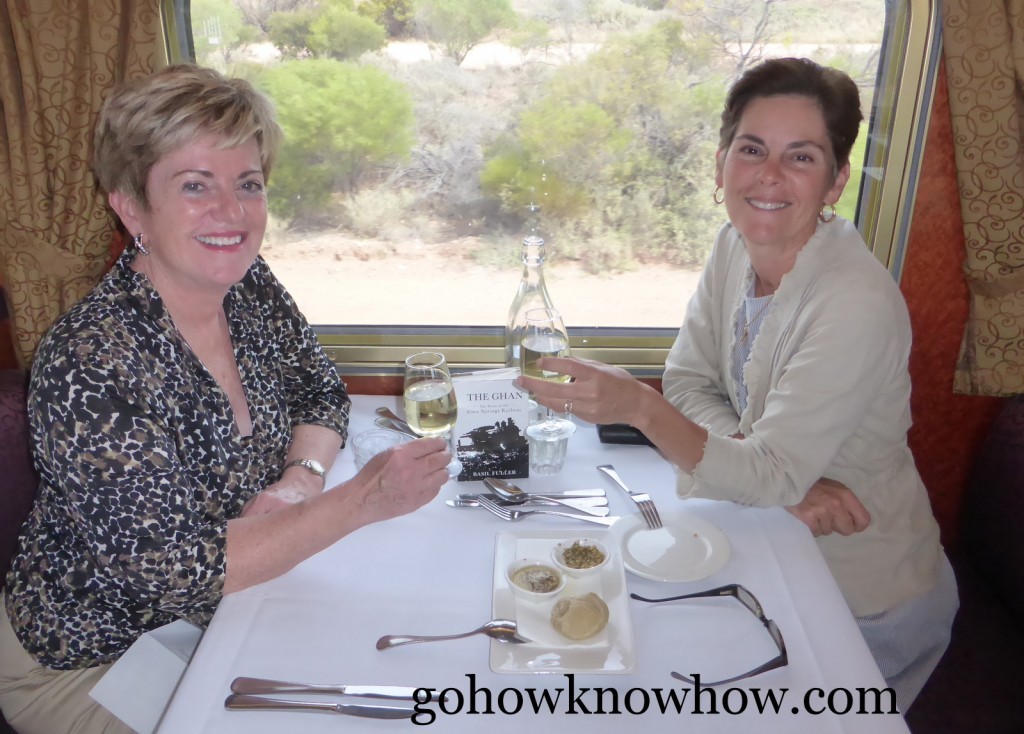 Dinner on the Ghan, with my sister, Lee 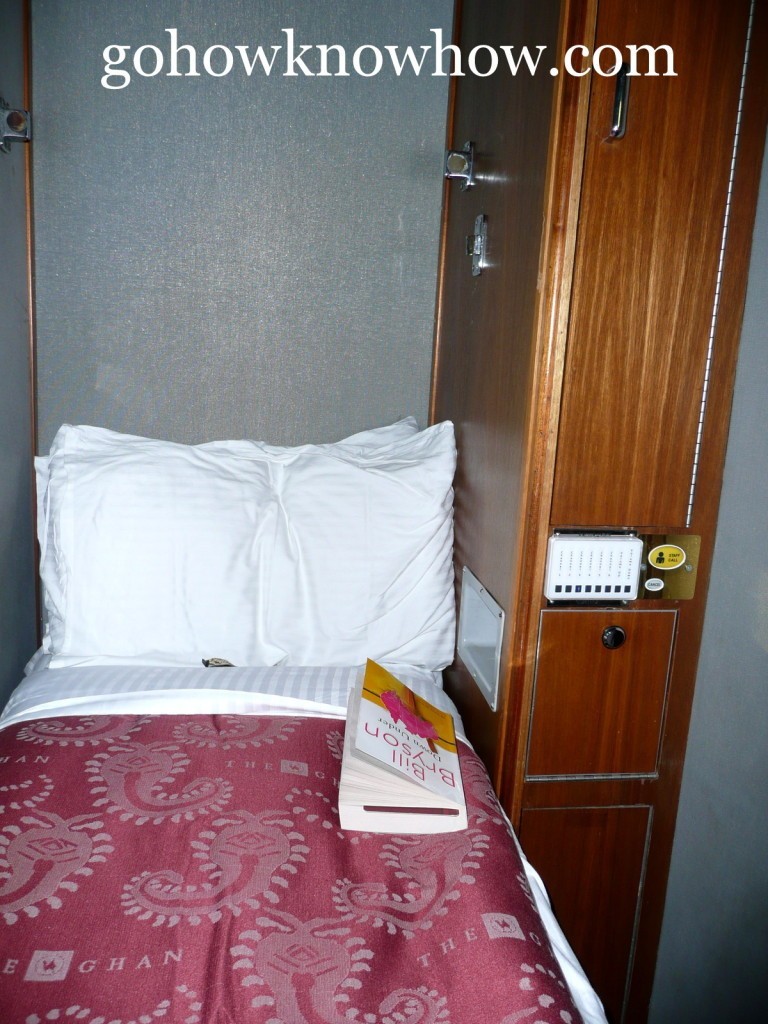 Lee’s compartment made up for the night

Included in The Ghan’s heftier fare are beautifully prepared meals presented on real plates and served on linen-clad tables, unlimited cocktails and a lounge car in which to enjoy them for Gold and Platinum level tickets.  So senior travelers are more willing to pony up for what is essentially a party on wheels with the added benefit of a proper bed at night and a hot shower in the morning.

On The Ghan, I was tempted to spend all my waking hours in the train’s common areas where just entering the room is enough to get a conversation going. But I know from previous trips the best place to observe the journey is in the undistracted solitude of one’s own compartment.

A country unfolds at an unpredictable pace in subtle or startling ways, you never know. You don’t want to miss something because you were politely nodding at the iPad photos of a new friend’s grandchildren. 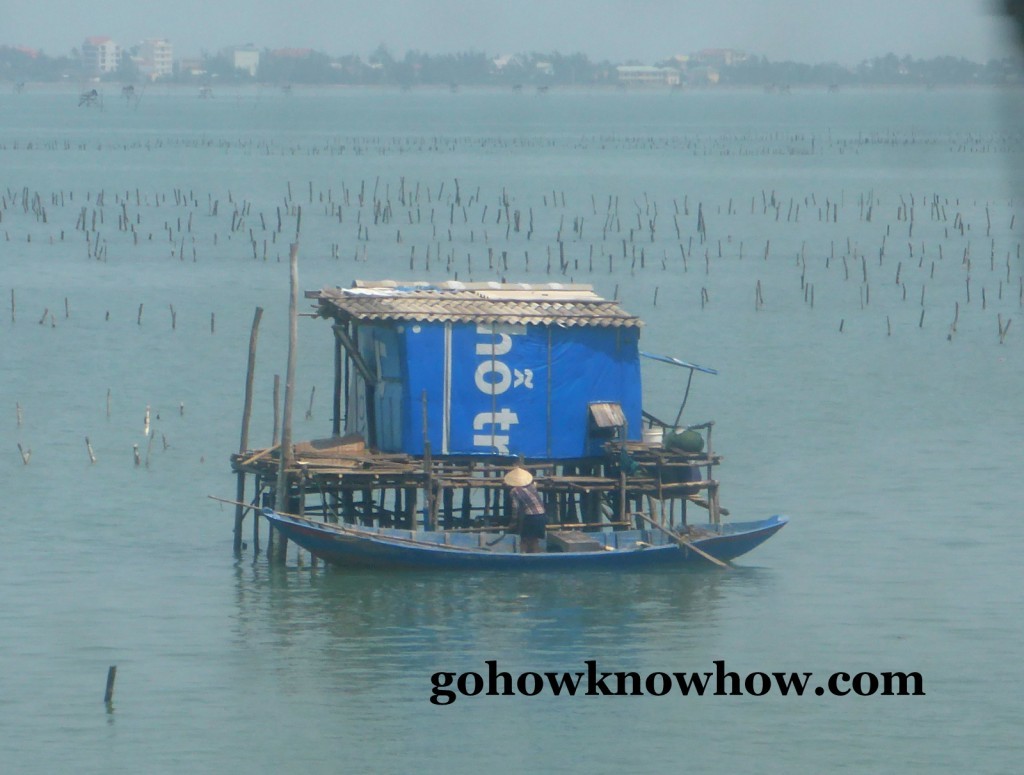 A passing glimpse of life on the South China Sea

On Vietnam’s Reunification Express near Quang Ngai, I watched fisherman working in wooden boats that bobbed like bathtub toys in the South China Sea. From the window of a train traveling through the Indian state of Rajasthan earlier in the year, I saw people on every conceivable form of transport clustered at the crossing waiting for the train to pass. Their fluttering saris and canopied auto rickshaws made a brightly colored mosaic against the red of the desert. 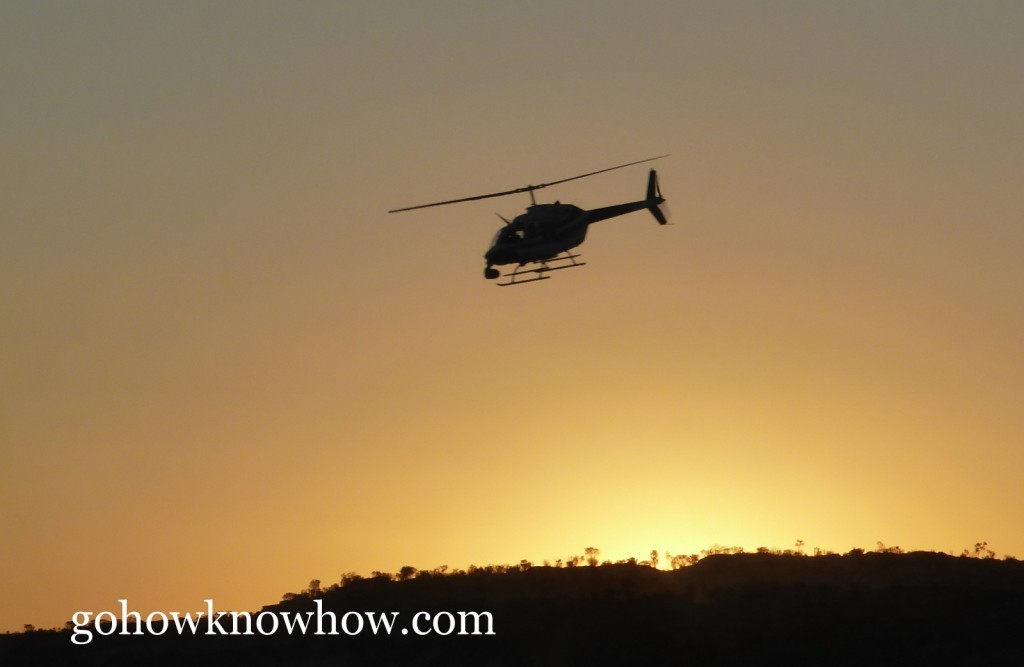 View from the lounge one night on The Ghan

On my last evening on The Ghan, a helicopter zoomed right past the window of the lounge car, a black silhouette against the orange ball of the setting sun. And the sight of whatever train I am on, ahead on a curve in the distance; a part of the landscape I am about to join, always gets my heart pumping a little bit faster.

So when I ask my fellow travelers why they choose to travel by train, I am not surprised to hear them express their appreciation for the very same things; the view, the relaxation and the companionship. 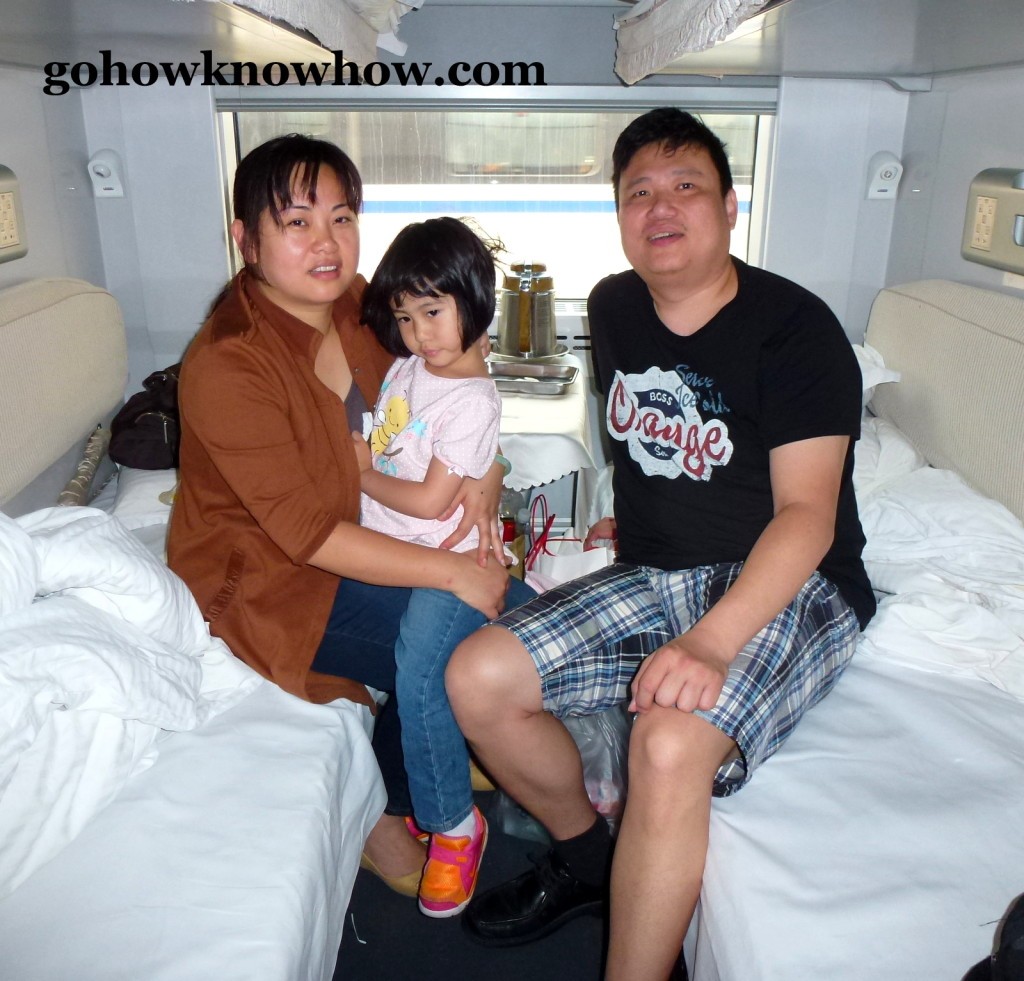 My compartment-mates Beijing to Shanghai

Now, in my experience companionship can mean many things.  I bought a “soft seat” for my journey between the megalopolis of Beijing and Shanghai in 2012 because it was overnight train with nothing to see. I figured I’d sleep for the 750 miles. The morning of my arrival in Shanghai, however, the young Chinese family with whom I shared the compartment invited me to join them in a cup of tea, a memorable form of companionship when verbal communication is not possible.

Then there was the revolving door of travel companions on the train my husband and I took through Vietnam.

The two English-speaking Russian men who shared our double sleeper on the first leg of our two-day journey from Hanoi to Saigon, did not stay with us the entire trip. Not that I would have minded, except for the smell of smoke that clung to them every time they returned to their bunks after stepping out for a cigarette, they were perfectly pleasant company. 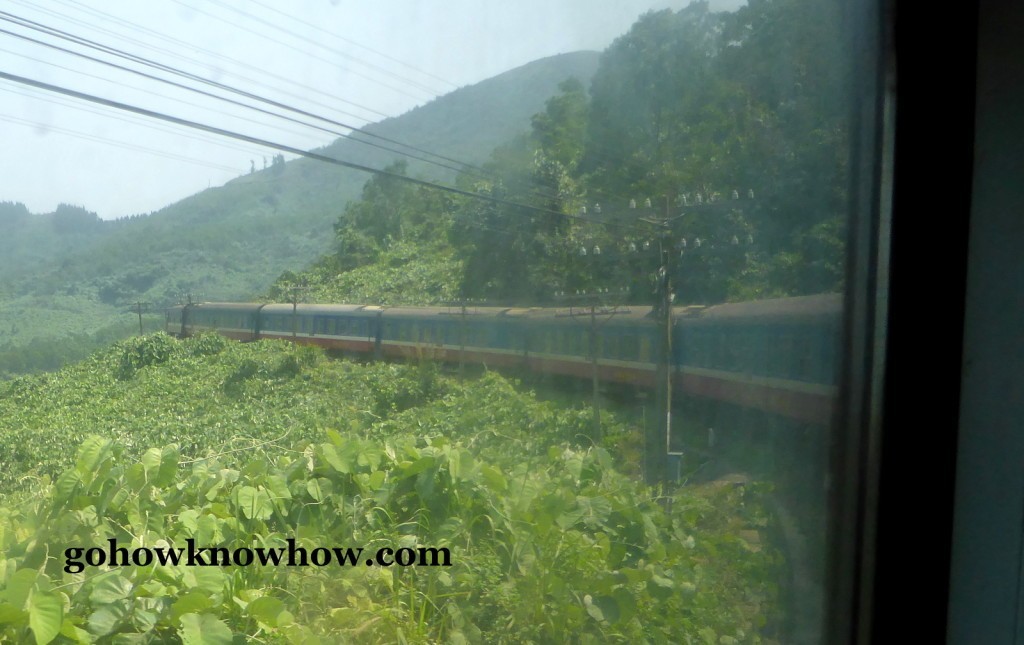 We boarded the train after dinnertime, chatted for about an hour and all went to sleep. The following day after they consumed a breakfast of beer, they were off to explore the historic town of Hue. 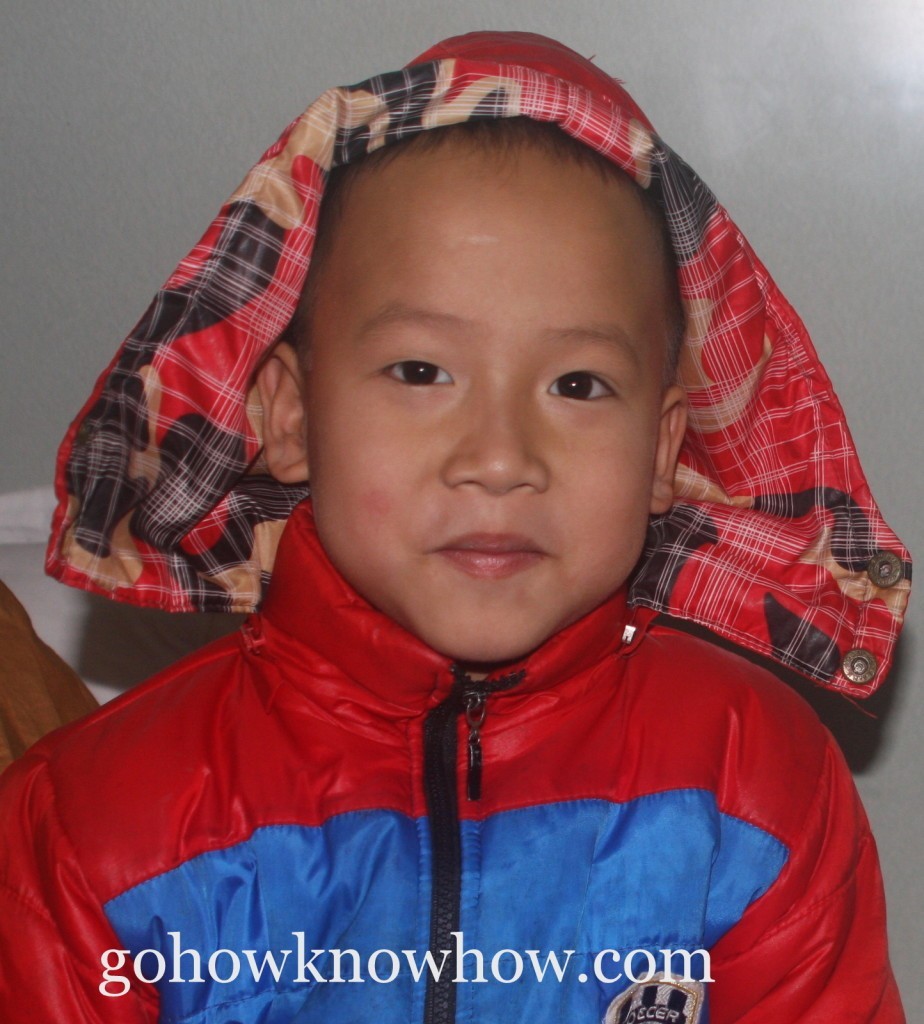 One bunk-mate on our Vietnam trip

That did not mean that Jim and I had the four-person sleeper to ourselves. Oh no.  There followed several cabin-mates; two who arrived and departed more than once. No longer tourists, now we were sharing with locals.

An elderly man and a child we presumed to be his grandson, a toddler of about 3 arrived first. They climbed into the upper bunk and stared at us not unkindly. We smiled back.

When they settled in for a nap, we thrilled to the views of rice paddies, waterfalls and lush banana farms out the west-facing window in our cabin. Now and then we would venture into the corridor where the east-facing view was of the South China Sea far below the cliff side tracks on which we rolled. 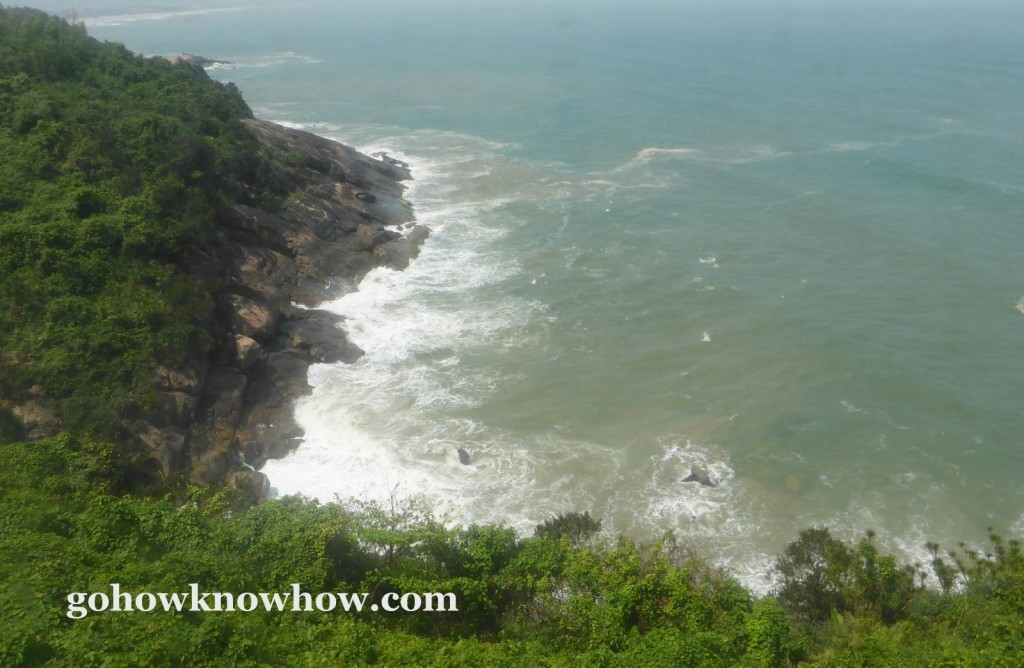 View of the sea from Vietnam’s Reunification Express

The grandfather/grandson duo left and middle-aged couple joined us at the next stop. They boarded with a pile of possessions they proceeded to divide and stash; some underneath the lower bunk, some in the area vacated by Grandpa. They hadn’t been there long when a uniformed conductor came in and a raised a ruckus. 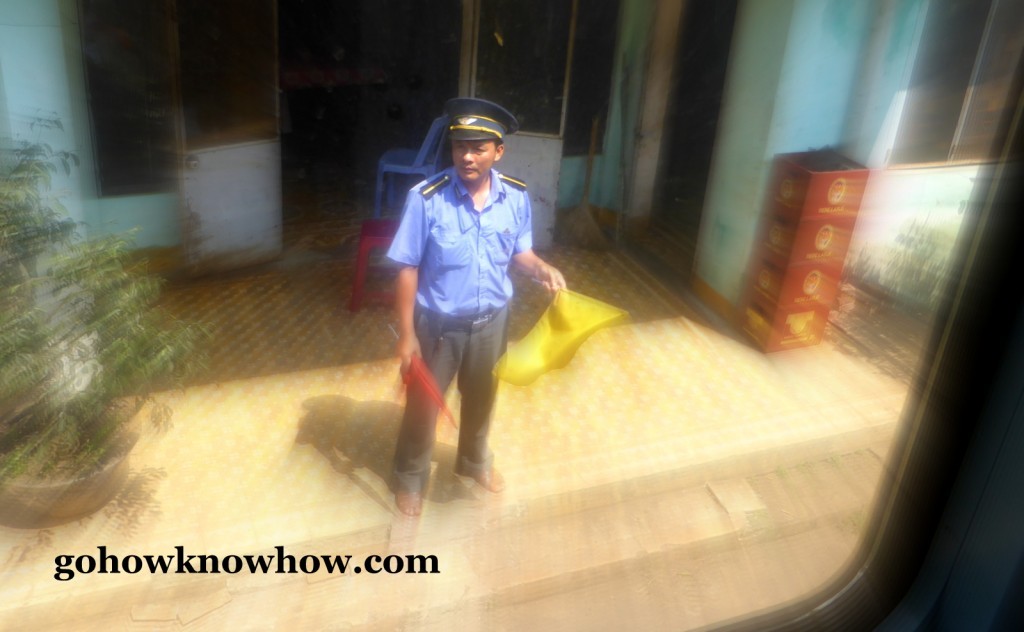 Did they have tickets for the berth? Were they missing travel documents? I don’t know, but clearly the conductor thought I had some explaining to do because she was aiming questions in my direction. Jim wisely presented our tickets and she turned back to the new arrivals. After another round of arguing, she left and the couple remained. We exchanged shrugged shoulders, rolled eyes and smiles thereby exhausting our supply of universal gestures appropriate for the situation.

By nightfall, the couple and their bundles were gone and Grandpa was back with the toddler. Together we spent the night in noisy slumber as our train rumbled its way around the country’s southern bulge headed for our pre-dawn arrival at Saigon. 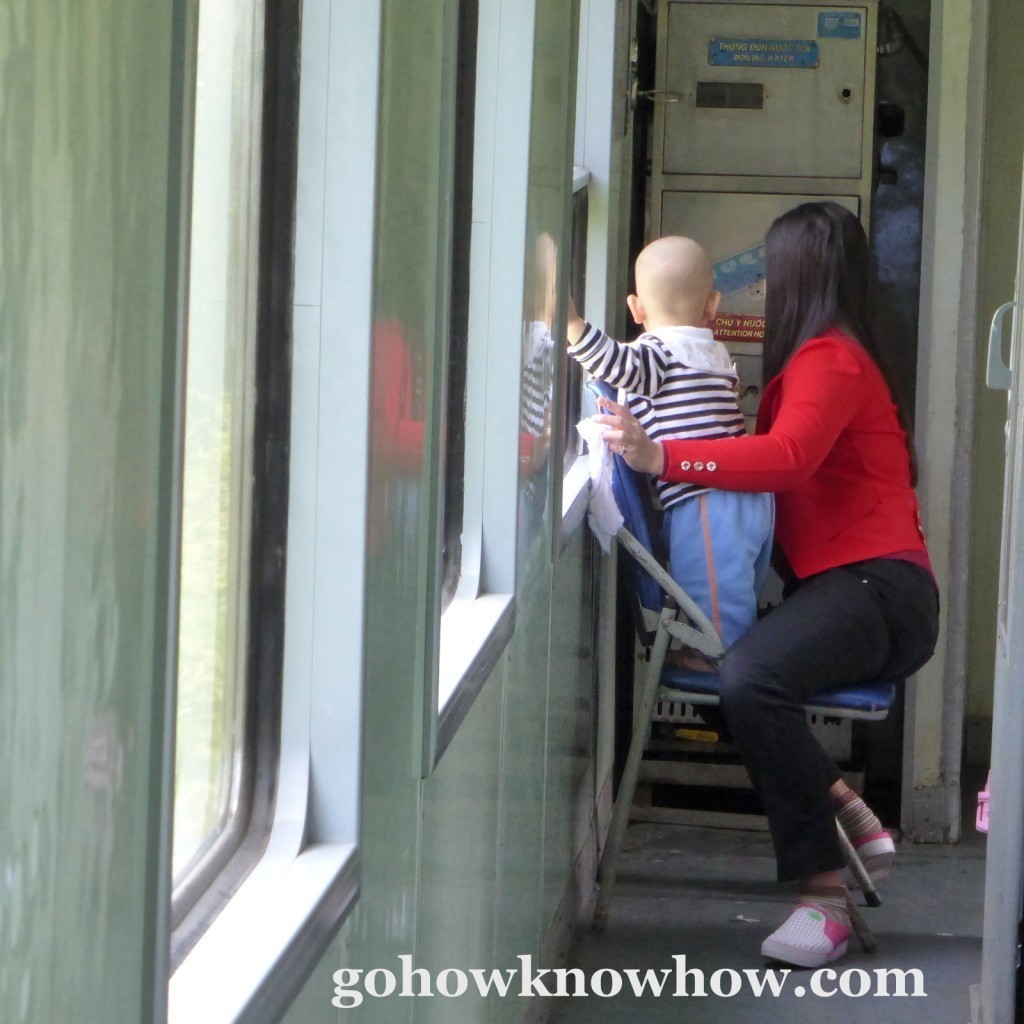 We never did discover what was behind all the comings and goings on in our compartment. It was a happy addition to a marvelously scenic, tolerably rustic ride down Vietnam’s coastline.

To travel by train is to see long and narrow swaths of geography. On the riders’ side of the window, another ever-changing view unfolds as foreigners and locals meet, mingle and sometimes mystify.

Riding the rails has shown me many things including this: There are no strangers on a train. And that is how it should be. 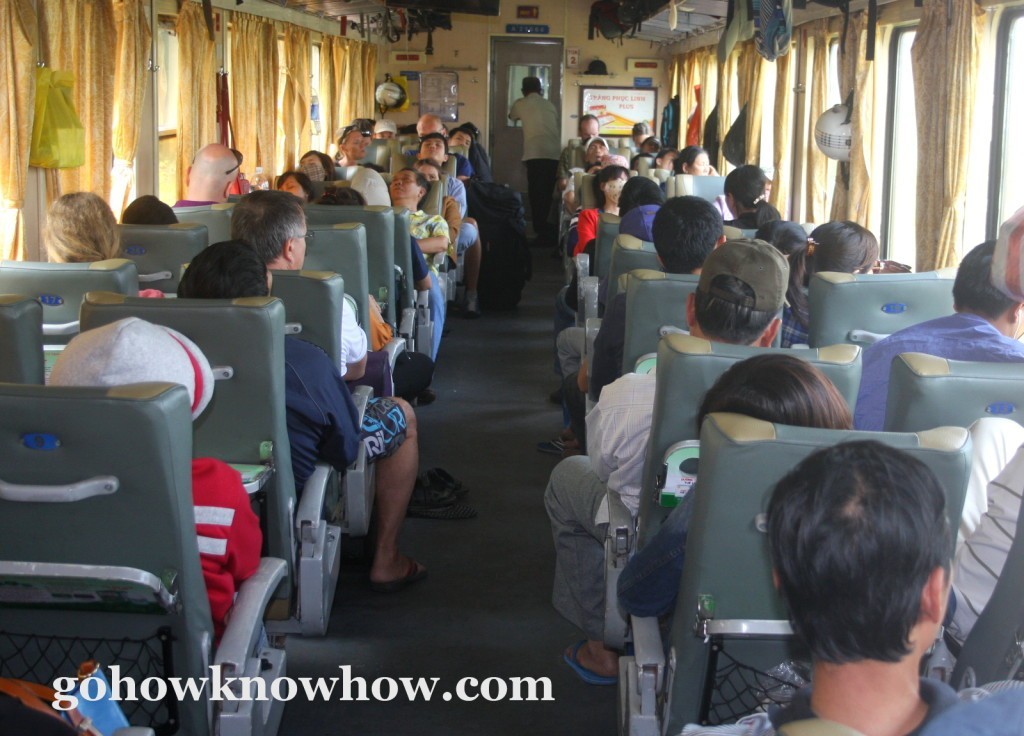 Categories: Asia, Australia and New Zealand, Go How Know How, Travel by Land