Looking for the “Old” in Old Dubai 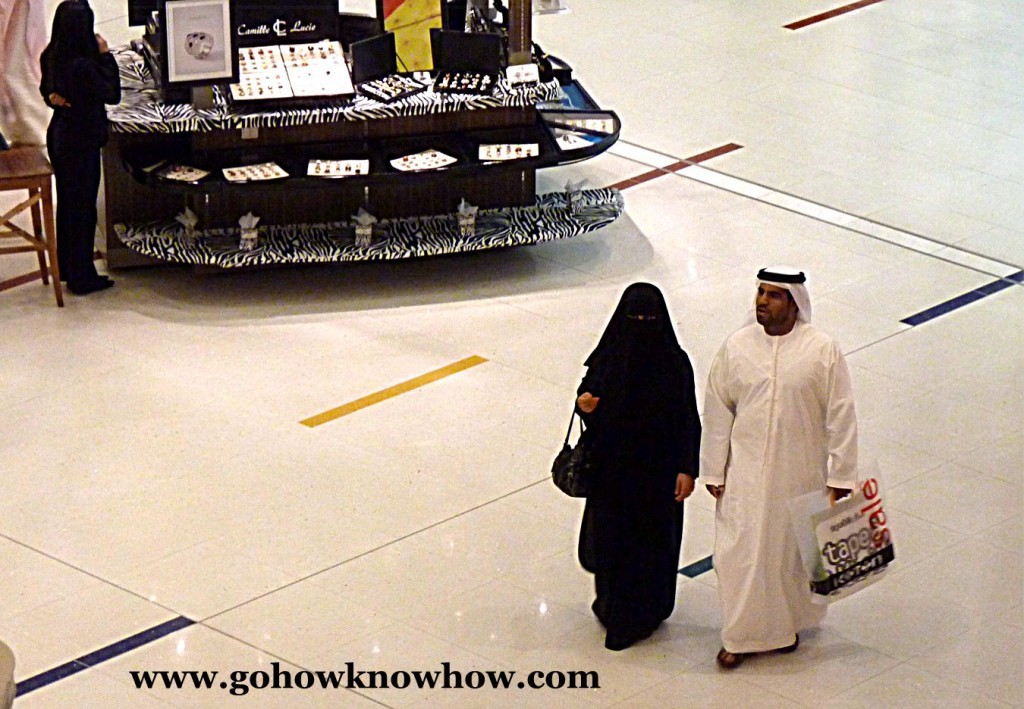 A couple stolling in the gargantuan Dubai Mall

There’s no shortage of men in traditional dishdasha, women in full-length black abaya with nikab covering all but their eyes, but there’s little else about Dubai that seems authentically old world.

Since arriving in the Emirates last week I’ve been on the prowl for antiquity. I know its here somewhere, but maybe it got lost in all the bulldozing and construction craning.

I’m in Dubai on assignment for The New York Times. My hosts at Emirates flight crew training have been wonderful. Though they’re not Arab, they may as well be for all the gracious hospitality they’ve shown. After work, they’ve taken me to dine in the new air conditioned souk and to view the abras – water taxis – taking tourists around. The souk is a Disney-like reproduction and so are the abras. The water is real, but the river they ply- not so much. 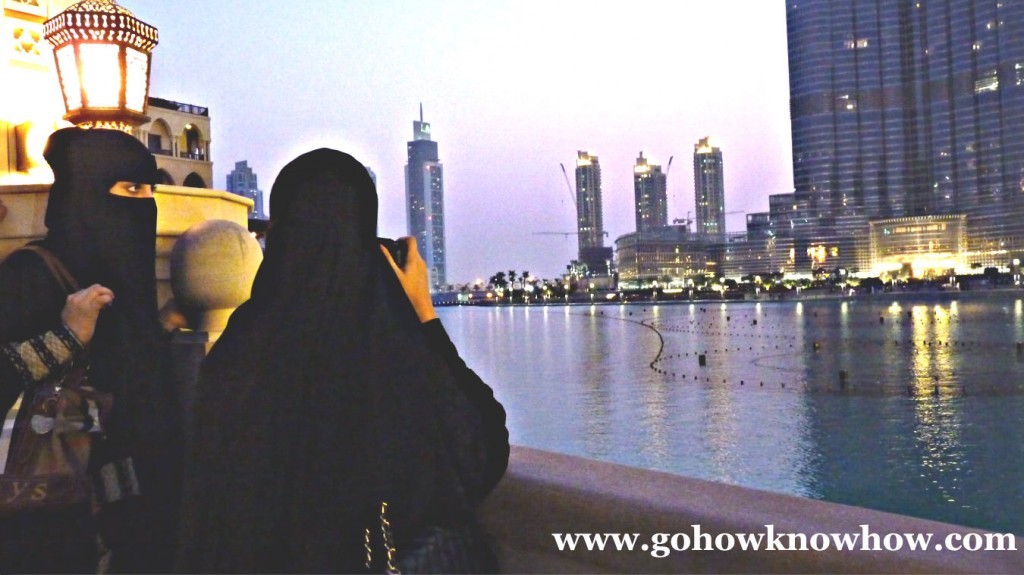 Waiting for the fountain show to begin at Dubai Mall

Sure its fine for a tourist like me to arrive all excited about seeing a country that is “quaintly old-fashioned” but what about the residents? It may not be so much fun to live in a backwater, even one some visitor thinks is adorable.

To give Dubai its credit, backwater was exactly what its late-ruler, Sheikh Rashid bin Saeed Al Maktoum and his son, the present ruler Sheikh Mohammed bin Rashid Al Maktoum have gone to great lengths to avoid.

Mission accomplished. Dubai is a superlative-laden destination, biggest, tallest, richest, busiest… whatever, you get the picture. Many people love it. They come here by the millions. Eight million to be more specific for 2010, up 5% from 2009.  Good for them. But frankly, I found Dubai disappointing. Too much glitter,  not enough grit. 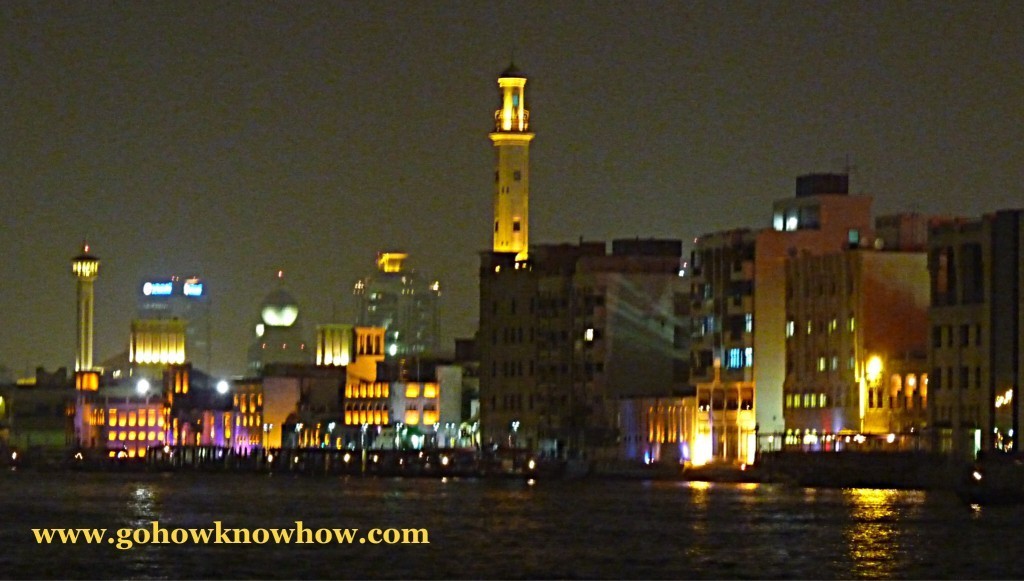 A refreshingly low rise skyline in Deira, the oldest part of Dubai

So I was delighted when, on my last day in town, I made a wrong turn on the way to my hotel and ended up at Dhow harbor in the Deira section of Dubai, the old city center. To my astonishment, at the  base of one of the city’s ubiquitous sky scrapers, a fleet of thousands of wooden boats are in harbor, waiting to be stocked with goods and sent on their way across the gulf to Iran.

The colorful boats are a photographers dream, or as my friend, photographer Jim Karsh says, “You can get a callous on your trigger finger.” Indeed I did. 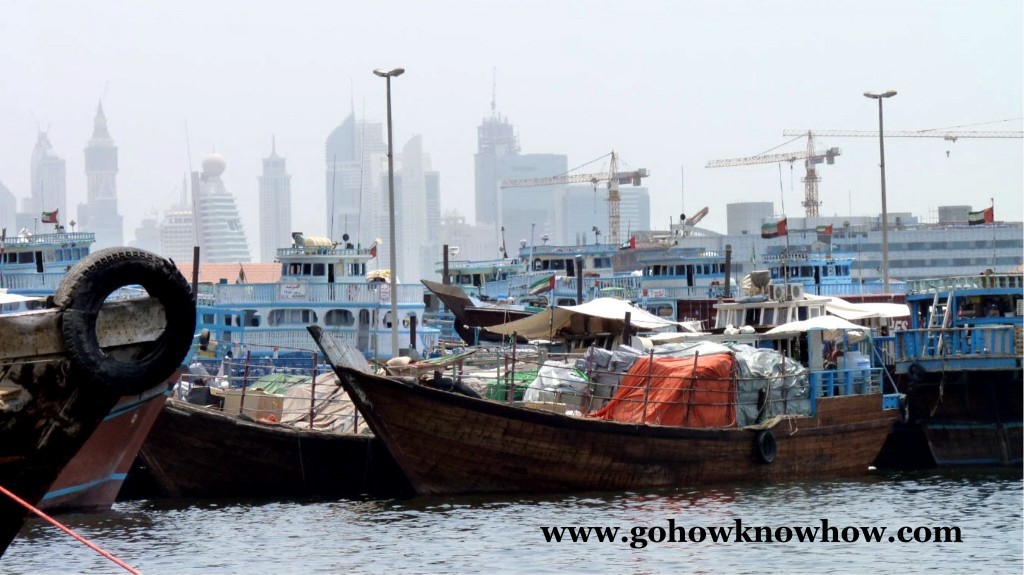 Dhows in the harbor in Old Dubai

I made a bit of a spectacle. The Pakistani workers were as surprised to see me among the tires, bales of garlic and bags of rice, as I was to see them. So we amused ourselves by gawking at each other. They were unarmed, I had a camera.

Soon the younger men were posing and using sign language to ask for a quick glimpse of the one-inch image playback before going back to work. 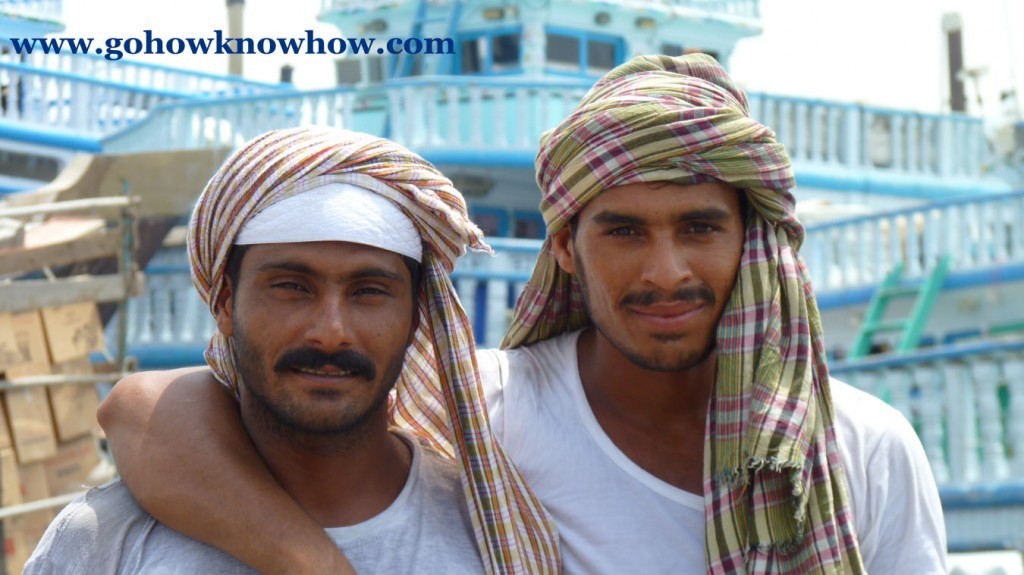 A quick break from work to pose for a picture

This is hot work, and these men, Pakistanis who speak neither English nor Arabic are the steam that drives the engine of modern Dubai. Their presence here, the presence of millions of ex-patriot workers who do the heavy lifting, the child care, the table-waiting, the cooking and the driving, goes a long way towards explaining why Arabic is not the first, second or even third most commonly spoken language in this Arabian country. 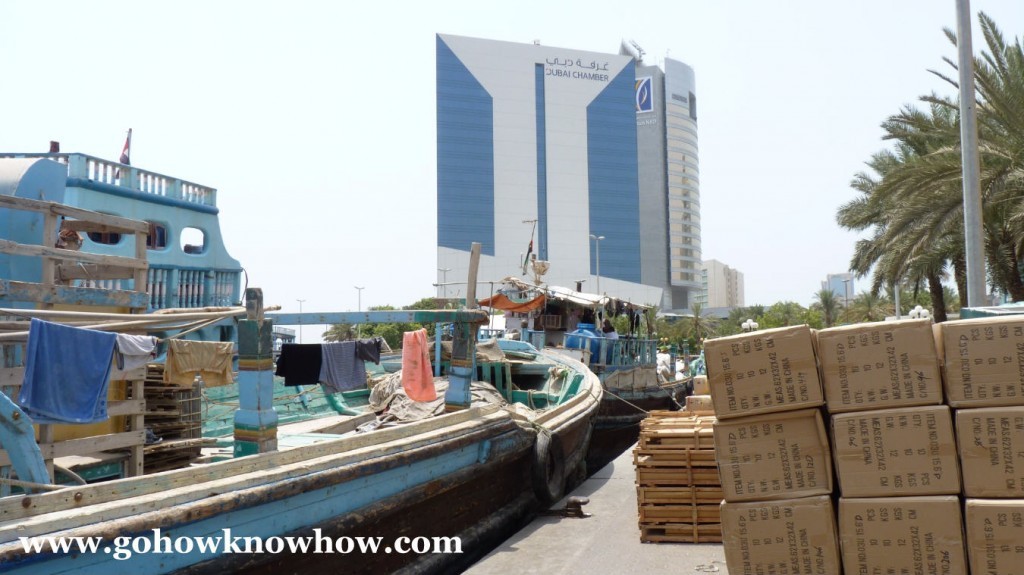 There on the dock, we had no language in common but when I appeared at the workers’ canteen looking hungry the owner figured out what I needed and presented me with a heaping plate of biryani and chicken. It was delicious, filling and cheap.

As travel meals go – as travel experiences go, my last day in Dubai is best described using the American Express tagline; it was priceless. Authenticity usually is.

3 responses to “Looking for the “Old” in Old Dubai”