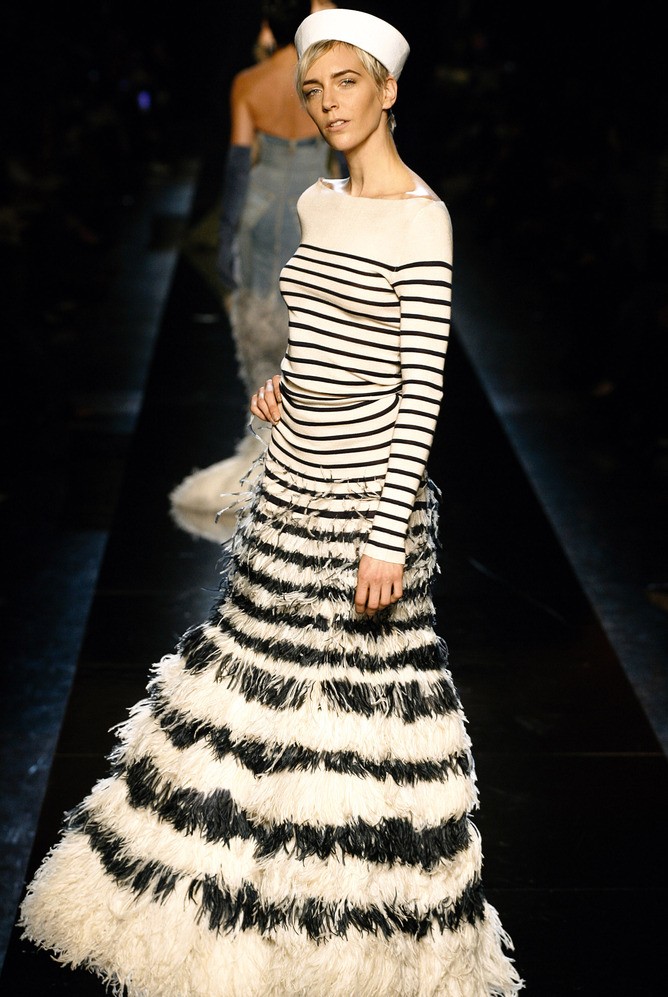 While viewing the fantastic and seemingly-endless Jean Paul Gaultier special exhibition at the National Gallery of Victoria in Melbourne, Australia in October; my mind traveled back to Puerto Rico.

My father’s side of the family is from Borinquin and over the years, I have visited there many times.  Whether the French-born fashion maven and professional pot-stirrer has ever traveled to Puerto Rico, I can’t say. But as I viewed the products of his inventive mind, I was also thinking of the runway show of Puerto Rican fashion designer  Luis Antonio which I had seen the month previous during New York’s Mercedes Benz Fashion Week. Both shows made me appreciate how geography and culture influence what we wear. 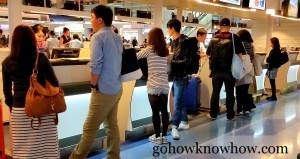 Stripes on everyone in Tokyo

Let’s start with nautical stripes. I couldn’t help but notice after leaving Melbourne for Tokyo that every Japanese traveler was wearing them. In Japan, getting dressed in the morning appears to be one extreme or another. A good number of people seem to approach it with the same creativity as putting on a uniform, while others assemble the most disparate articles of clothing they can find and call it an ensemble.  At the airport I saw men, women and children, with striped sweaters, skirts, backpacks even tights.

What I learned at the Melbourne Gaultier retrospective is that the Breton French sailor stripe is a touchstone for Gaultier who incorporated it in many things from sweaters to feathered gowns and man dresses. 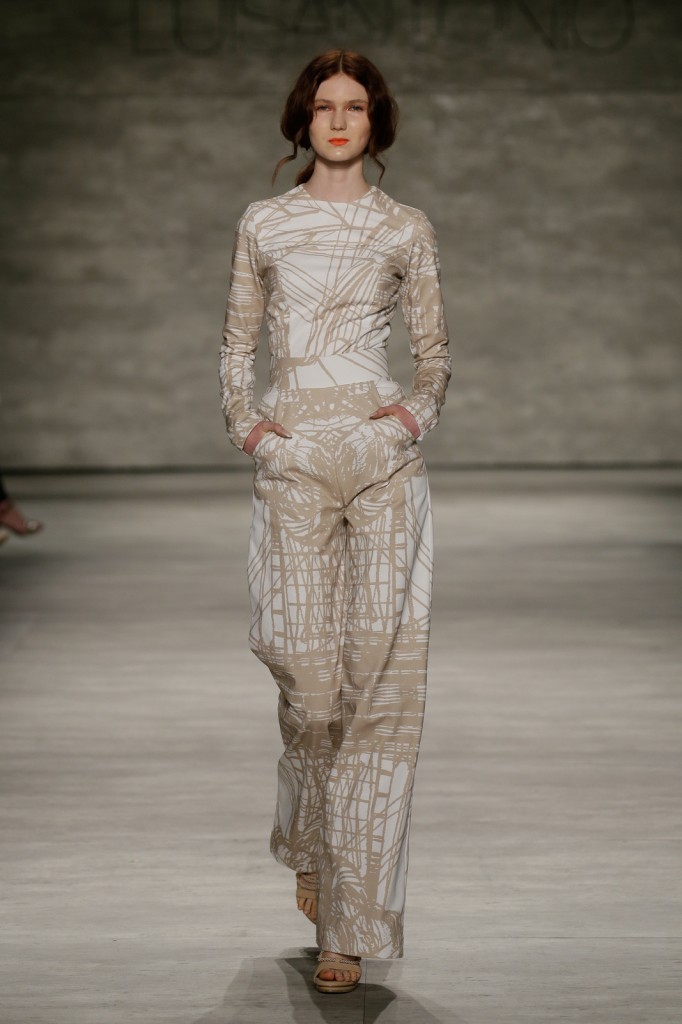 Luis Antonio, of suburban San Juan, is also inspired by the mariner. In the 2015 Spring Collection show in New York, his models sprinted down the runway in conventional sailor stripes as well as mixed-up chaotic lines on super-feminine gowns, dresses and jumpsuits.

This was Antonio’s first appearance at Fashion Week, which I am told is a hugely expensive undertaking. So it is a big gamble for this still relatively unknown designer who has clothed island superstars, Marc Antony and Jennifer Lopez as well as the Argentinian actress and singer Mia Maestro. After viewing the collection, I concluded that Antonio’s clothes should resonate with women far beyond the tropics. But take a look at these scenes from Puerto Rico and you’ll see how island life surely colors his work. 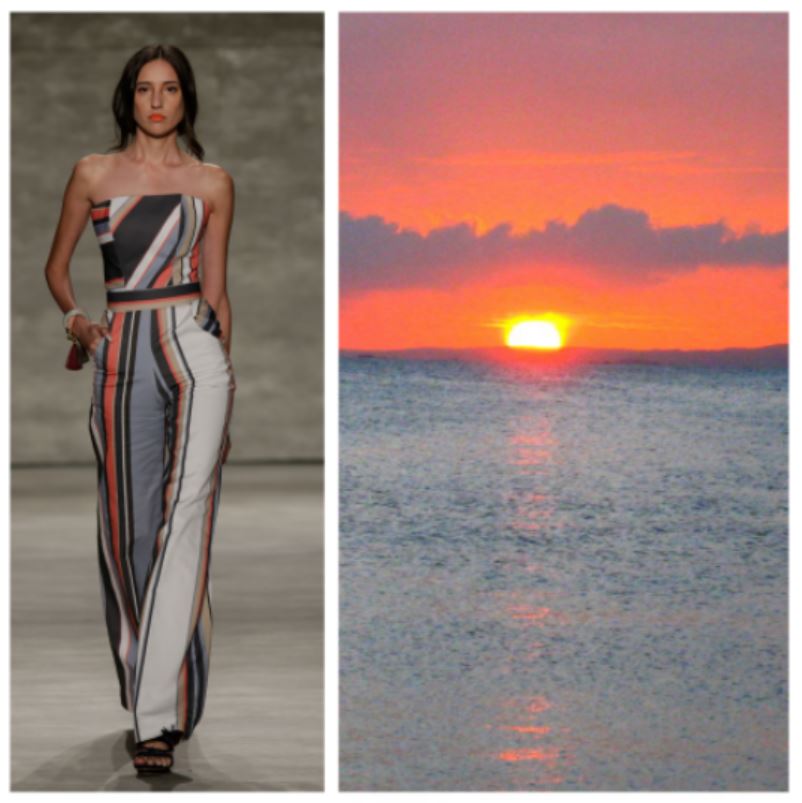 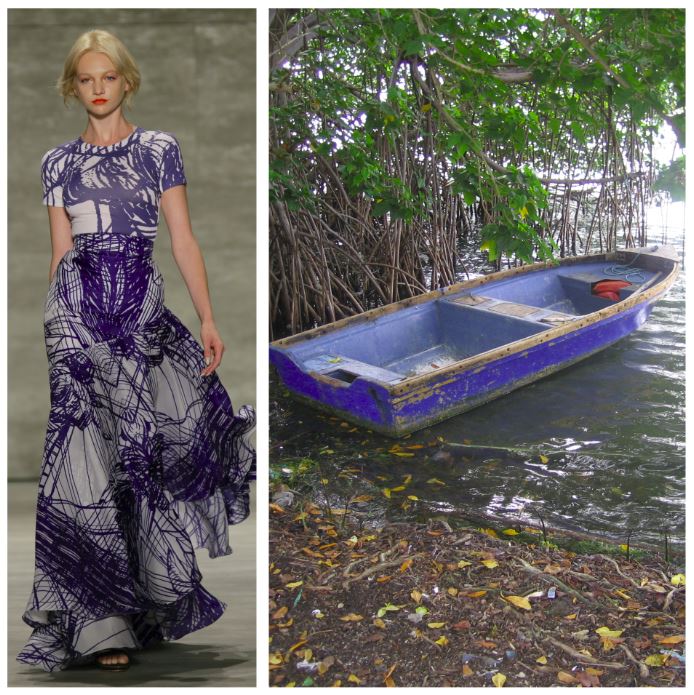 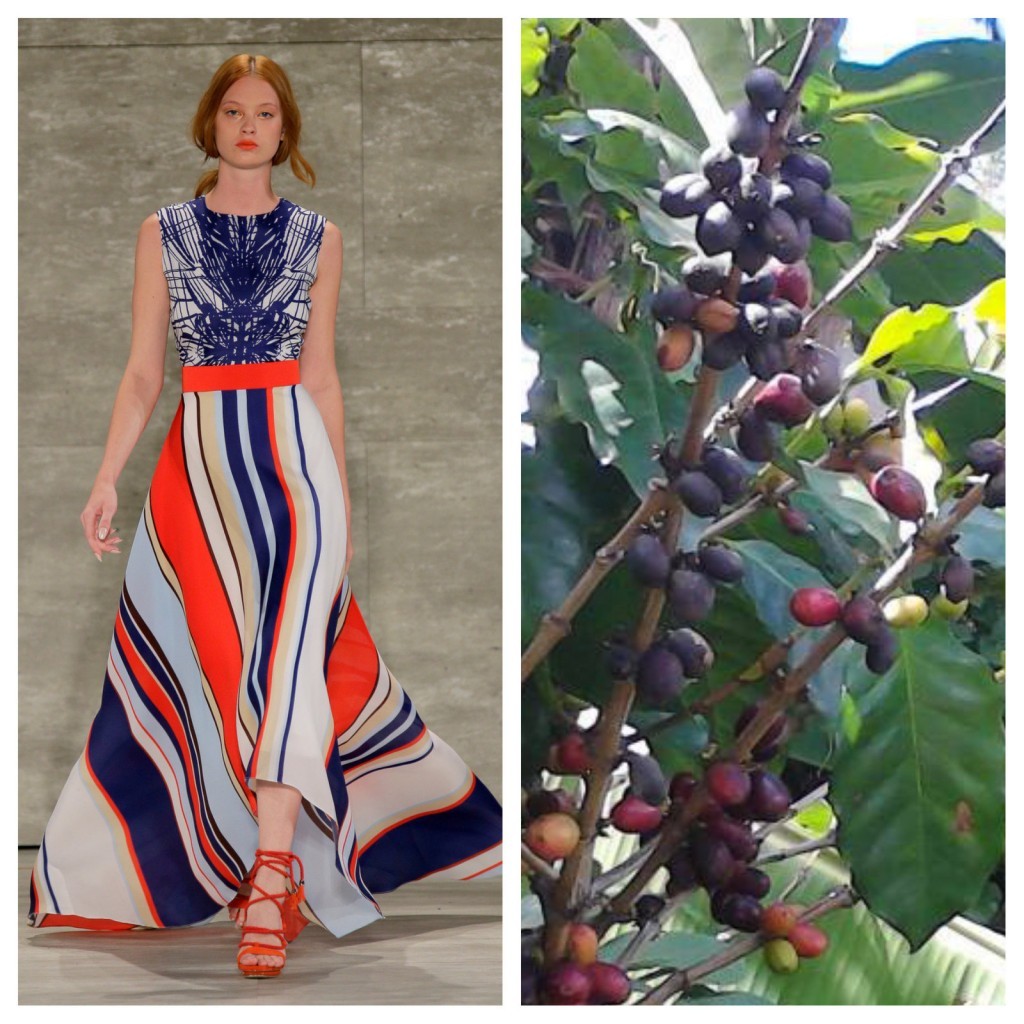 Puerto Rico is as loved by its residents as by visitors. This is not the same as say, Paris or New York, where tourists and locals mingle on the streets but otherwise separate in their activities because Parisians eschew the Eiffel Tower and New Yorkers avoid the Empire State Building. In Puerto Rico you don’t need to find some out-of-the-way place that only natives know about, there’s no separate “tourist” scene when it comes to food,  nightlife, recreation or shopping. Puerto Ricans never tire of exploring the paradise they call home.

The ripening of my brother’s coffee beans

Still, PR’s island culture appears on the US mainland in limited doses. We dance to salsa music but are ignorant about Afro-inspired bomba y plena.  The fabulous coffee, grown by my brother Rafe and many others in the Cordillera mountain range is sensational but is only now becoming available in stores on the mainland. Pan de Agua, a doughy bread consumable by the full loaf if you are not careful, remains an island secret.

This is why I am heartened to see the clothes in Antonio’s Maritime collection sailing down the runway in New York. A stripe may seem like a simple thing until you see how endlessly and creatively it can be re-envisioned to underline the world’s fabulous distinctions. 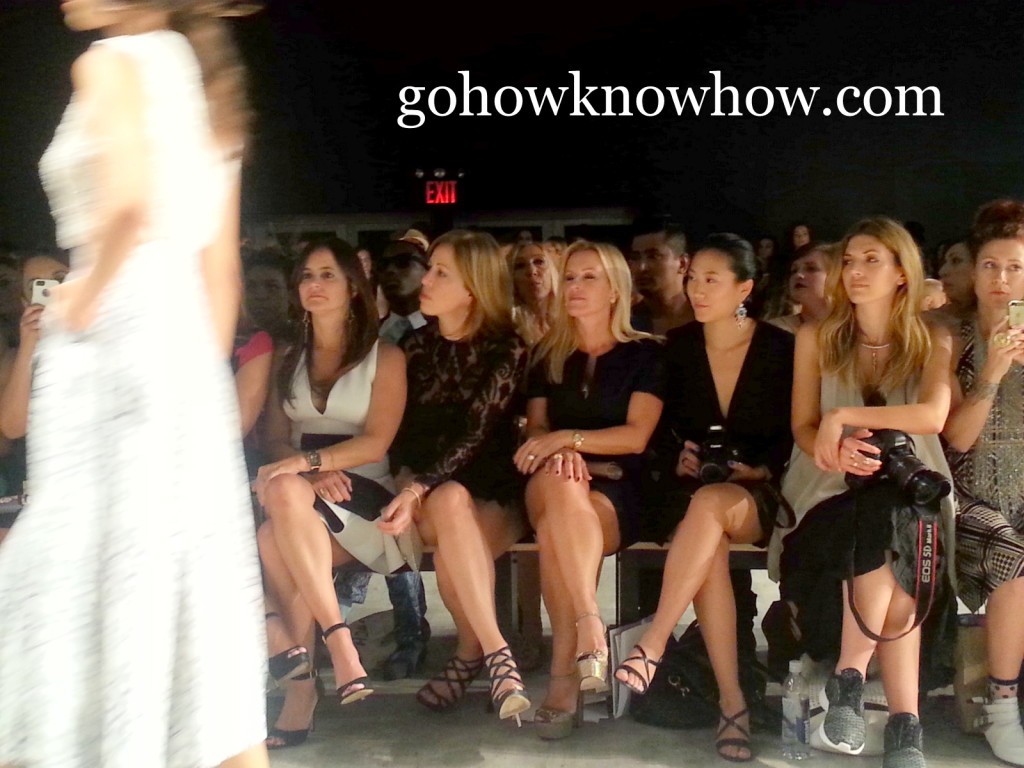 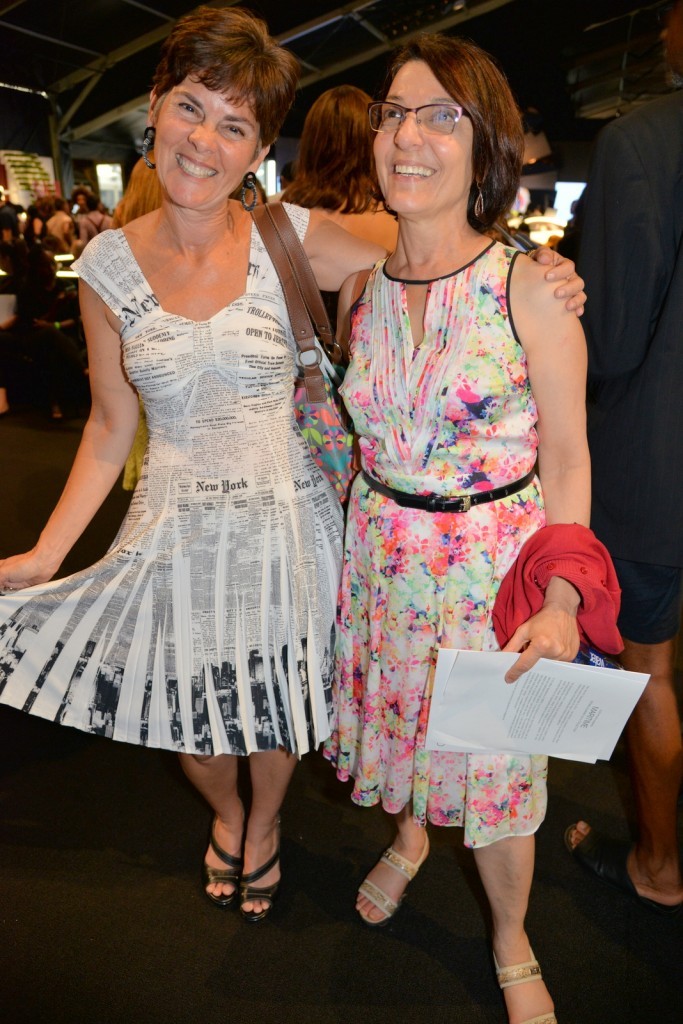