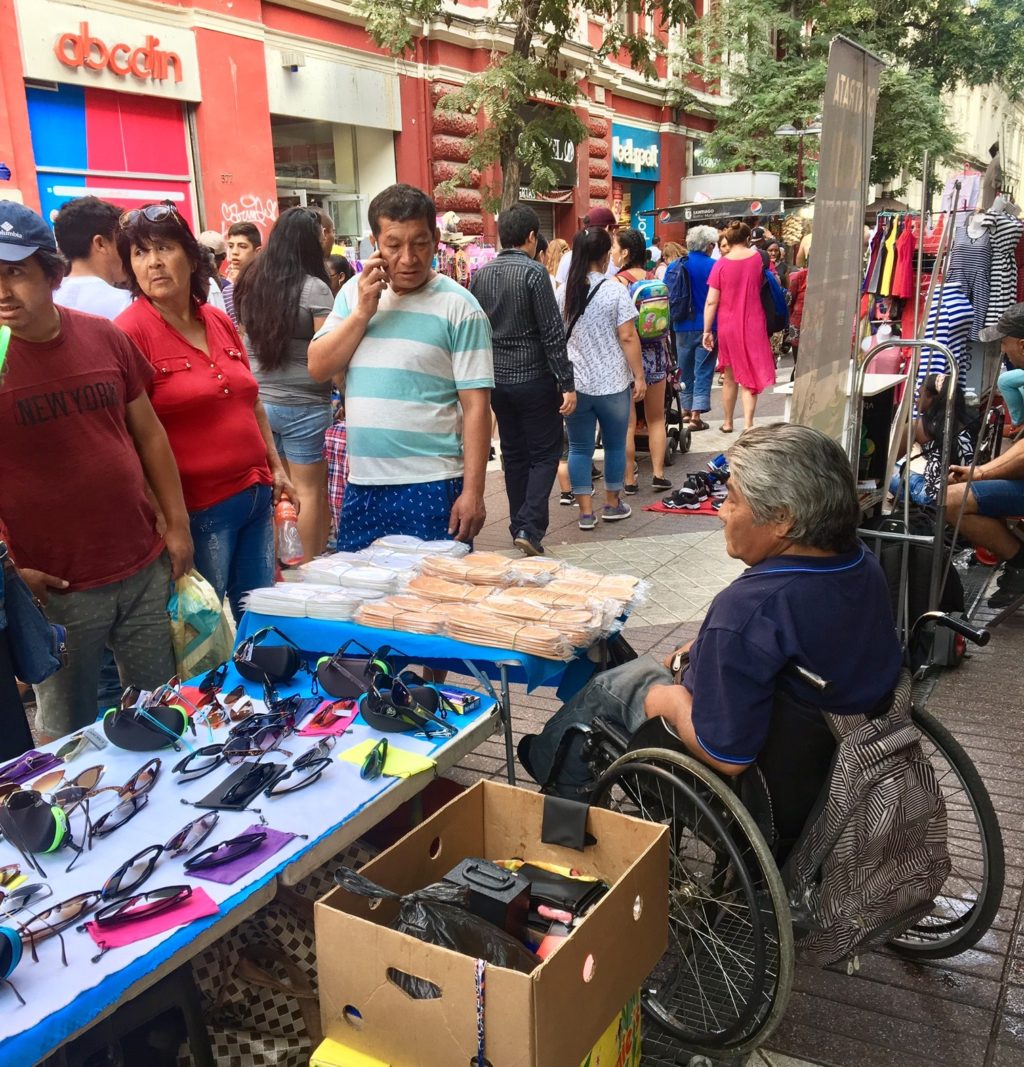 For many Santiaguinos, Saturday isn’t the start of a relaxing weekend, its the beginning of another day of hard work. Enterprising folks – the ones without desk jobs – are busy hustling a living in a variety of creative ways. 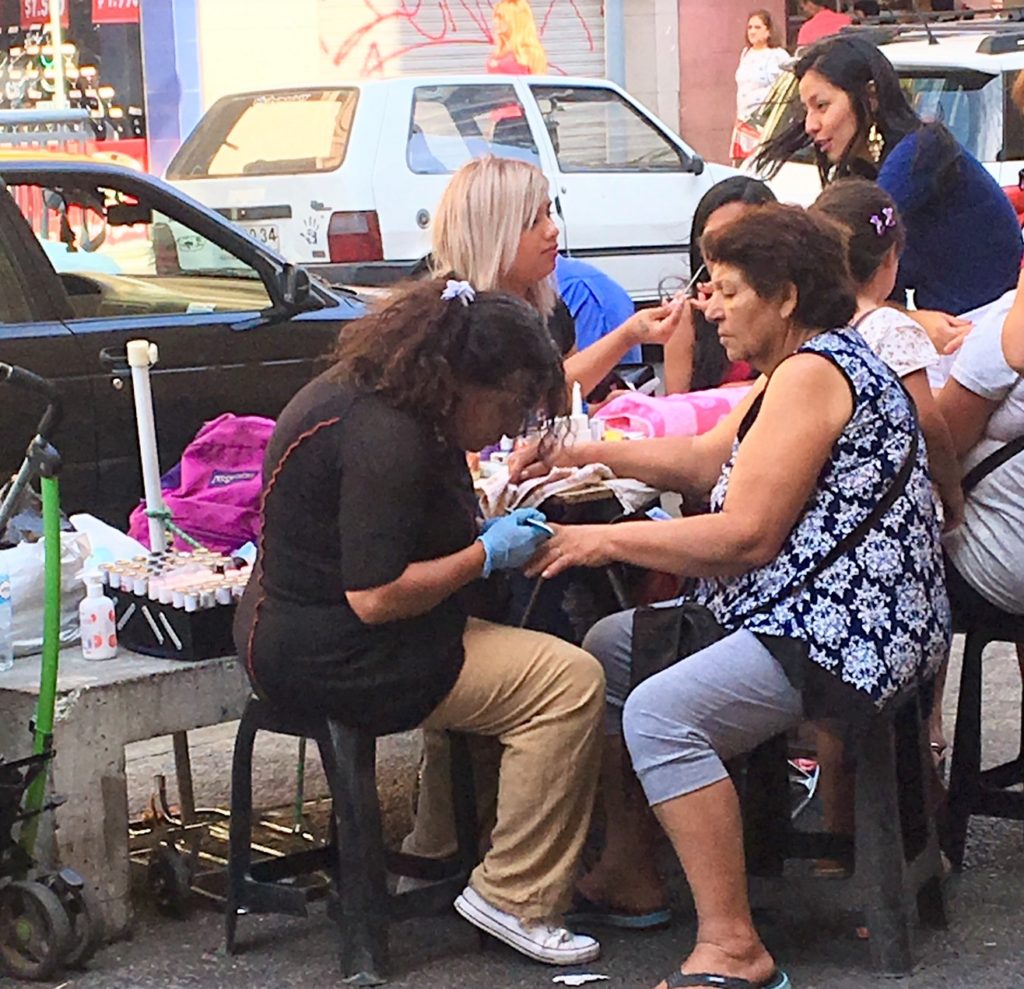 During my five weeks living in Santiago, I’ve come to appreciate the resourcefulness those working outside Chile’s economic mainstream. On any given Saturday, you’ll see manicurists tidying up hands and painting fingernails in pop-up street salons constructed from card tables and cardboard boxes. Some old men have put bathroom scales on the sidewalk so passersby can weigh themselves and if they like, leave a tip for the proprietor of this unlikely enterprise.

Amid the hustle and bustle of weekend commerce, I noticed a Haitian immigrant scraping paint off an old piece of furniture to refinish and resell. His paint removing tool? Pieces of broken glass. 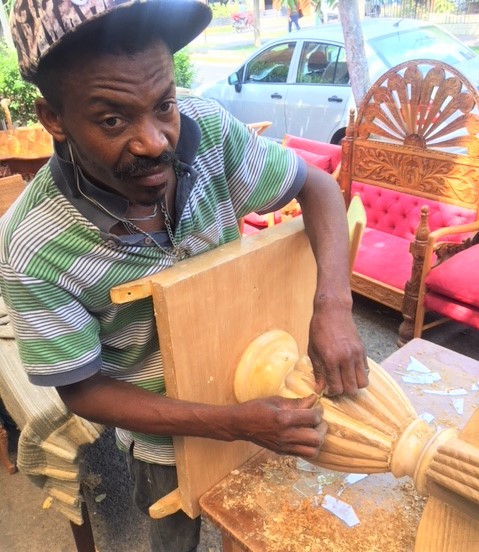 Of course with all those people, there must be food and there were vendors stocked with cold water and candy. Ladies sold their home-made chicken and rice boxed up for take-away. Some sellers hadn’t bothered to cook, they bought bakery cakes cut them neatly and sold them by the slice.

Every busy downtown corner is the stage for someone with a portable stereo who wants to blast pop tunes and lip-sync to Adele or the Beatles. But that’s just the beginning of the entertainment. There are young couples in traditional “huaso” (cowboy) outfits doing the cueca, Chile’s national dance, and then passing the hat. In Barrio Lastarria, transvestites perform 5-minute drag shows to Lada Gaga tunes. 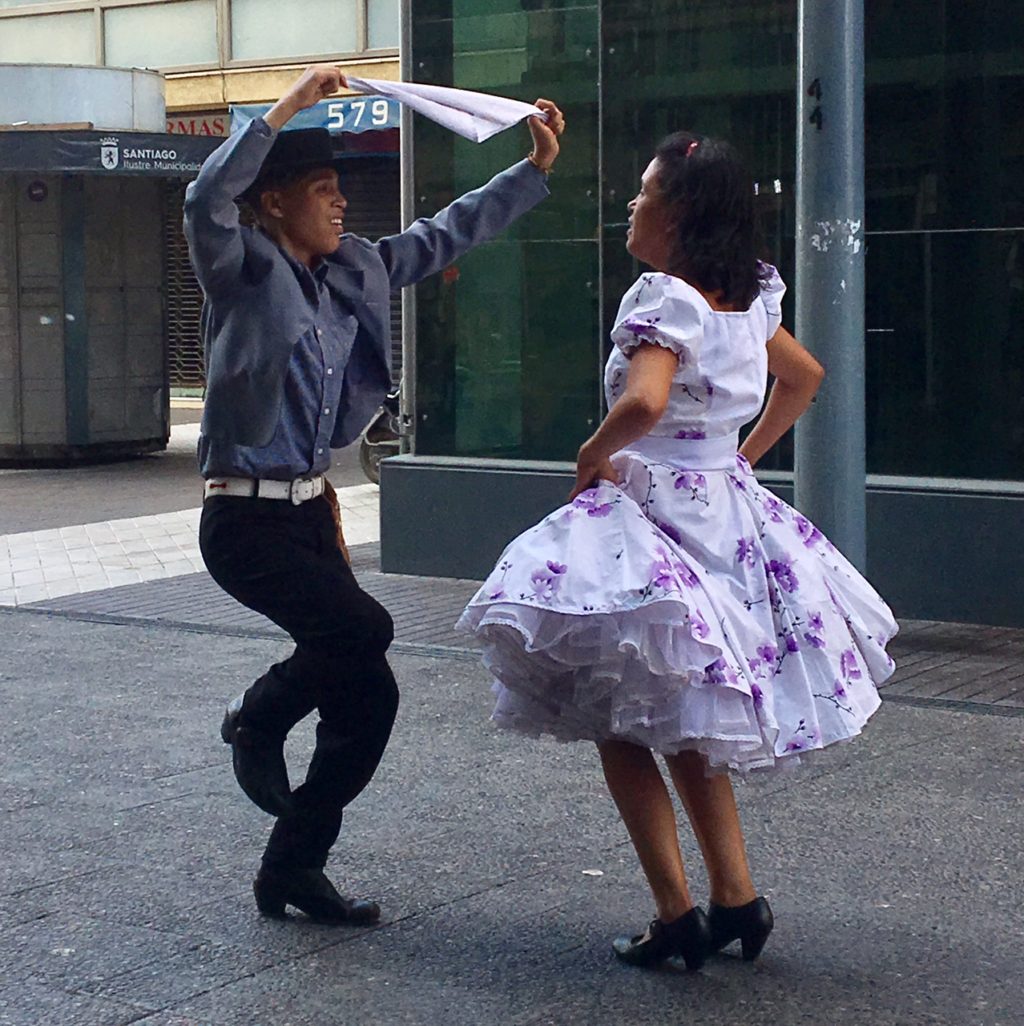 The most eye-catching participants in Santiago’s gig economy are the living statues in the Plaza de Armas. They’ve coated their bodies and clothes in copper-colored paint and, in what must be the hardest job of all, they stand motionless on a Santiago summer day where often as not, the temperature is hitting 100°F.  Even so, for less than a dollar, (500 pesos), these “miners” will pose for a photo with you. 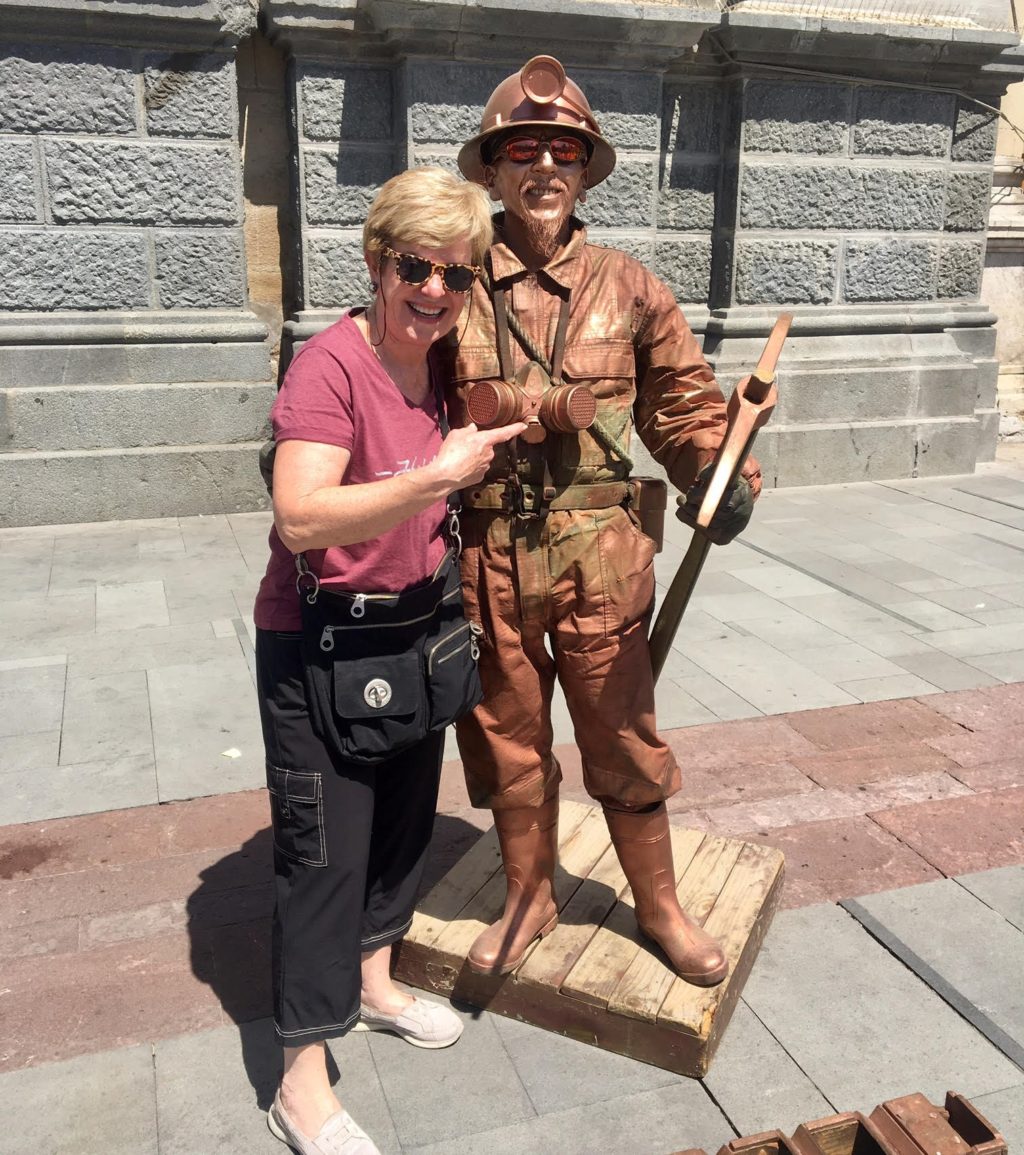 By the looks of it, downtown Santiago is full of people who may be living on the economic margins, but they’re definitely hard at work.