The Eye Opening Experience of Passing out at 25K 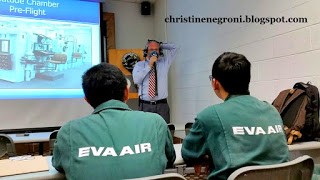 You got to hand it to the folks at Taiwan’s EVA Airlines; they’re taking the hypoxia threat seriously. Each of its pilot cadets learning to fly airliners at the University of North Dakota’s Mesa, Arizona flight training center will take a ride in a hypobaric chamber before leaving the USA to go back to Taipei and fly the airline’s big jets.

Nearly a decade ago, air safety officials in Greece suggested that that all airline pilots undergo hypoxia training, following the loss of a Boeing 737 on a flight from Cyprus to Athens that killed 121 people on August 14, 2005.

Neither the captain nor the first officer on Helios Flight  522 understood that the airliner was not pressurizing after takeoff from Larnaca, nor did they comprehend the meaning of the warning horn that triggered  when the cabin altitude passed 14,000 feet. For this reason, the men did not put on their masks or descend to a lower altitude. 13 minutes after takeoff, bothpilots were unconscious and the plane continued on auto pilot until running out of fuel and crashing near Athens. 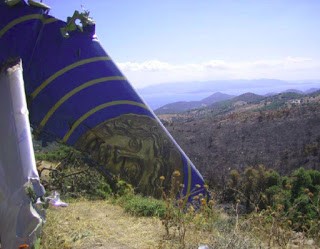 There’s more drama, more complexity and more controversy associated with this compelling story which you can read about in my book, The Crash Detectives. But shamelessly promoting my book isn’t the point of this post though it may be a side benefit.

Loss of pressurization in high altitude air transport is no black swan event according to Jim Stabile Jr. of Aeronautical Data Systems. He’s been crunching the numbers and has found that rapid de-pressurization incidents occur at a rate of from once a week (using numbers from Australia and New Zealand) and de-pressurization events of all kind happen even more frequently.

The NASA anonymous reporting system, which encompasses all decompression, shows  “an average rate of 1 every 3 days,” Stabile told me. 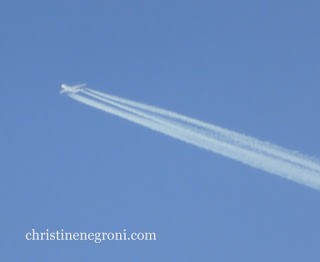 Ten years ago, the Greeks investigating the Helios disaster were concerned that the debilitating effects of oxygen deprivation were not appreciated by many pilots, creating an air safety risk.  Military aviators undergo regular sessions in altitude chambers where they experience what it feels like to be in the oxygen-thin air at flight levels where they will be flying.

This familiarity with the symptoms of the onset of hypoxia help them respond in a timely manner
if they should ever find themselves in an unpressurized airplane.  The Greeks wondered, would civilian pilots benefit from hypoxia testing?

The practice of “chamber flights” is not without its detractors. Because it is, by its nature, staged and highly controlled, with operators standing by ready to press a mask onto the face of wobbly
participants, pilots may believe the situation is manageable.

Mitch Garber an aerospace physician formerly with the National Transportation Safety Board says hypoxia training that relies on giving pilots a chamber experience so they can then self-identify is akin to relying on people who drink to say they are too drunk to drive.

“You’re in no shape to judge with hypoxia,” he told me.

Since a healthy chunk of  The Crash Detectives details my theory of pilot incapacitation by hypoxia on MH-370, I thought it important to experience altitude sickness myself. This is how I happened to be in a classroom with two dozen EVA Airline student pilots in the Arizona State University’s high altitude chamber last week.

Now that it is over, I can say Dr. Garber is correct on one front. Nothing about a contrived experience, intended to protect our health as well as give us mild oxygen starvation is comparable to what it must have been like on the MH-370 flight deck on March 8, 2014.

First, the Malaysia Airlines Boeing 777 was flying at 35,000 feet – significantly higher in real distance and speed of hypoxia onset than the testing chamber at 25,000 feet.  Second, those pilots didn’t know it was coming. We did. 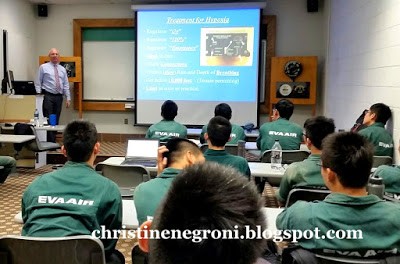 Facts and figure before the chamber flight

Before entering the chamber we spent 4 hours looking into every nook and cranny of the phenomenon. The only question in our minds was how would we react? Faced with a sudden and dramatic decompression on MH-370 the pilots’ would be barraged with many questions the first of which had to be “What the hell just happened?” and only seconds to react.

Still, as EVA’s student pilots and I removed our masks for our five minute dabble with symptoms there was a sense of foreboding. Could something so intangible, so potentially blissful really steal our ability to think? 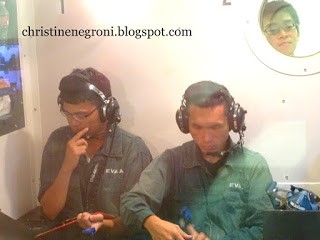 At 25,000 feet the time of useful consciousness for healthy
non-smokers is several minutes. With that in mind, I eagerly started on my
paperwork which included writing my name, doing some math problems, working on a maze and listing my symptoms as I experienced them.

Across from me, some of the young Taiwanese pilots were also scribbling answers but others were just looking around grinning. (Luis) Shih-Chieh Lu told me he felt like he was drunk. While (Josh) Yuchuan Chen  said – with some disappointment – that he really hadn’t felt too different.

While I was hoping for the euphoria, giddiness and feeling of well-being that gives hypoxia the nickname, “the happy death,” when the shortage of oxygen did start to affect me, my symptoms did not meet my expectation. It was a totally unpleasant experience.  I felt nauseous, blackness in my peripheral vision,
out of breath and very, very flush.

After about one minute, my breathing was labored. My head lolling started about 2 minutes in. At two and a half minutes, all I could do was muster
enough energy to push the talk button on my microphone and complain, “Hot” to the folks outside the box controlling the air conditioning.

That was it for me because the next thing I knew I woke up with an oxygen mask on and worried faces turned in my direction. I’d been out for about half a minute. 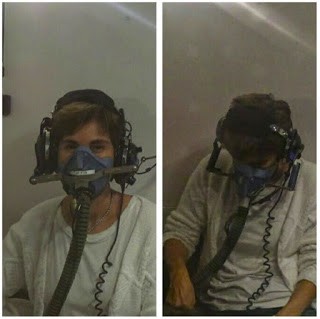 Killing the journalist wasn’t the way Robert Garner, the chamber director expected the day to end nor was it my goal when I flew across the country for this hands-on lesson. Happily not dead, the day ended just fine.

Many of the students said they also anticipated more drama in the chamber but Dr. Garner insists this training is not about experiencing drama, happy or otherwise and it isn’t about seeing how long one can remain off mask. It is about learning to recognizing the individual early warning signs of oxygen deprivation so those in command of airliners can act fast and act right.

“Hopefully they remember their symptoms, ‘what were the really big keys’ for them, that’s what you want,” Garner said.

After a few days thinking about it, Yuchuan told me that was his take-away. 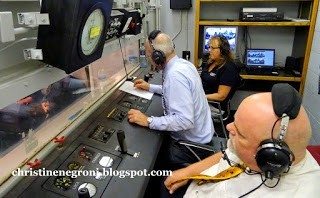 “This high altitude chamber training experience is quite helpful to the pilot training because we could make a more instant response,” he told me, now that his experience has taught him to be properly cautious about the risks associated with high altitude flight.

When the safety hazard is an invisible thief,  capable of stealing a pilot’s ability to be alarmed, pilots need to know in advance to be  afraid, very afraid.