With the Academy Award nominations for the films of 2014 about to be revealed, now is the time to go back to the 2013 near-win of The Wind Rises, the latest and probably last project of Japanese film director, artist and animator, Hayao Miyazaki.

The animated story of aircraft designer Jiro Horikoshi was first released to Japanese audiences in 2013 and it was nominated for an Oscar and a Golden Globe last year. It didn’t go global until 2014, and then with the voices of Emily Blunt, Jennifer Gray, John Kransinski, Stanley Tucci, Martin Short and William H. Macy.

Westerners may feel a film about the design of Japanese fighter planes in the run up to World War Two is a difficult if not inappropriate subject for an animated film, a visit to the Kyoto International Magna Museum will remedy that misconception. 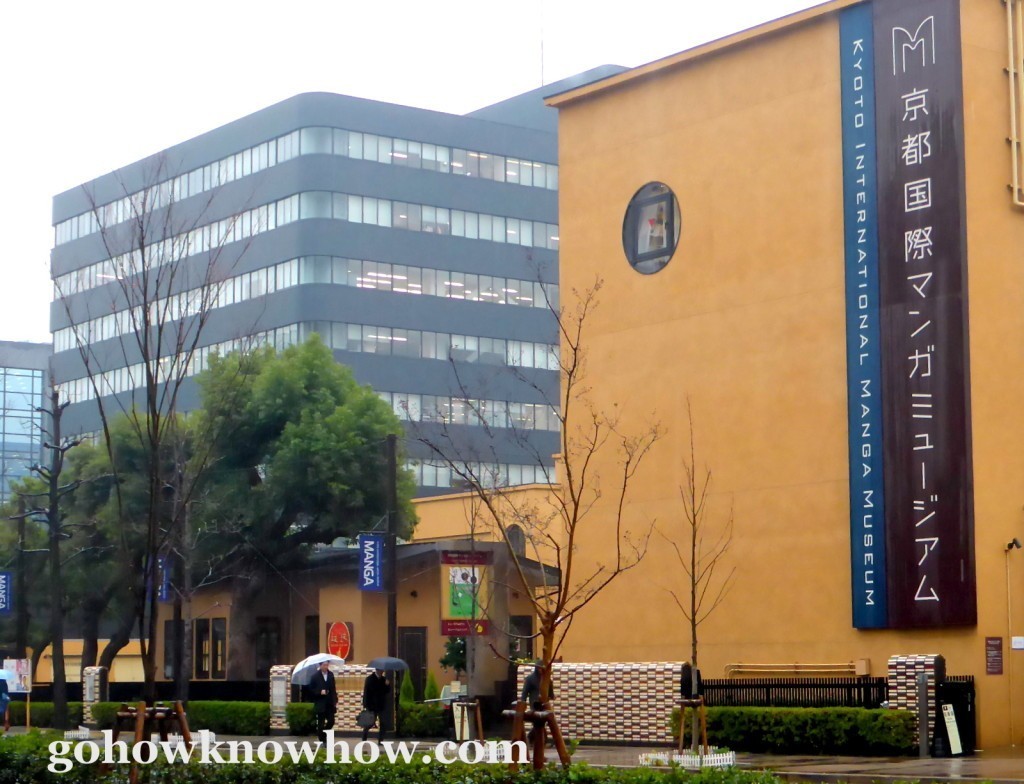 Truth be told, I was a reluctant visitor. I am not a fan of cartoons, did not read them as a child, never really understood them as an adult. Manga (which means cartoon) and its moving version known as anime were a lot like wine; complicated and imposing, impenetrable without a guide.

A wine tour in Chile in 2012 opened my senses to the sight, scent and taste of wine. In much the same way, the Kyoto museum exposed me to the intergenerational, multi-purpose form of drawing that dates back to 8th Century Japan.

I should have realized how faint was the line separating word from picture during my visit to the Naritasan Calligraphy Museum a few years ago. There, elaborately painted banners and scrolls displayed all styles of lettered art, from fat and blocky black characters to ash-colored ones that dripped down the paper. Some of these panels were poems or stories, I was told by my Japanese friend Takeo Azawa, who accompanied me that day. Others were simply letters, telling a story through shape, color and form alone. 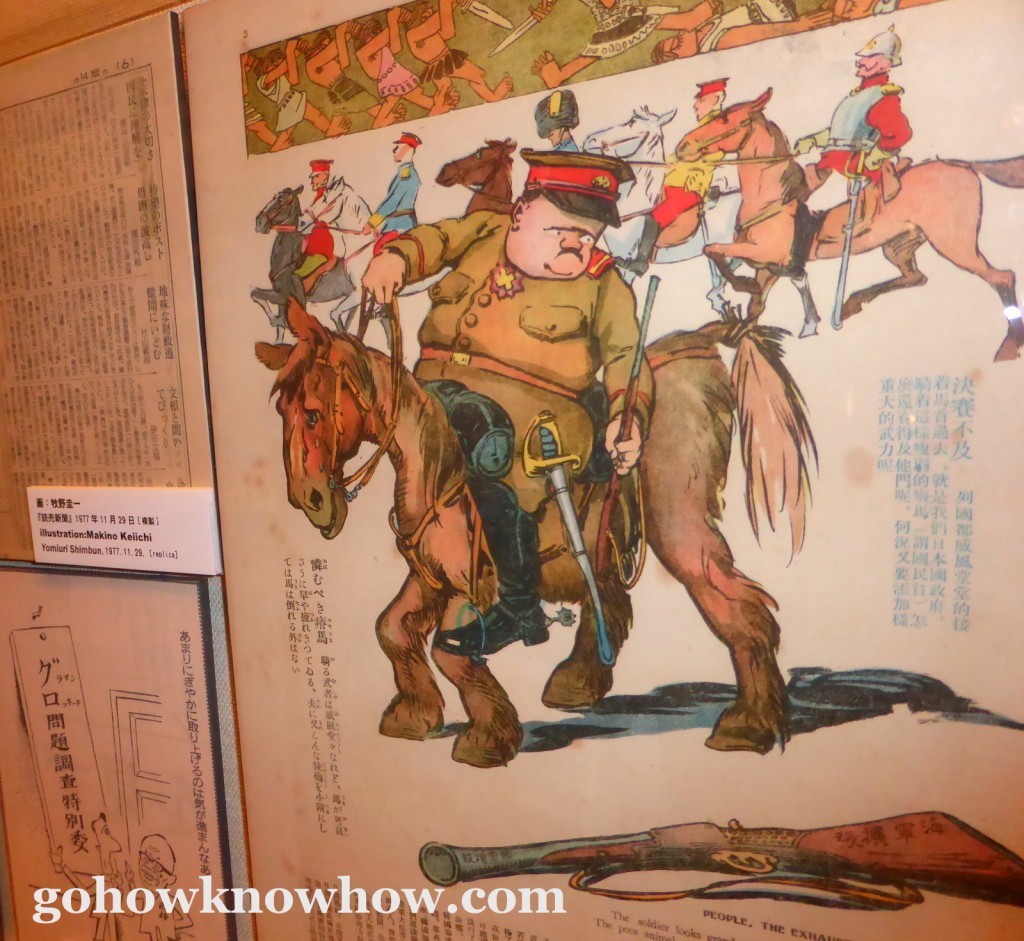 By contrast, manga is an actual drawing of someone or some thing with all the characteristic exaggerations that communicate information; cute, provocative, menacing, whatever. Where I went totally wrong was in my assumption that manga was intended for those too young to read and that the Japanese, for some reason, just never outgrew it.

The truth is that all kinds of information is transmitted this way and has been for centuries. On the museum’s second floor, examples of more than one hundred years of evolving manga are on display in the permanent exhibition, What is Manga? 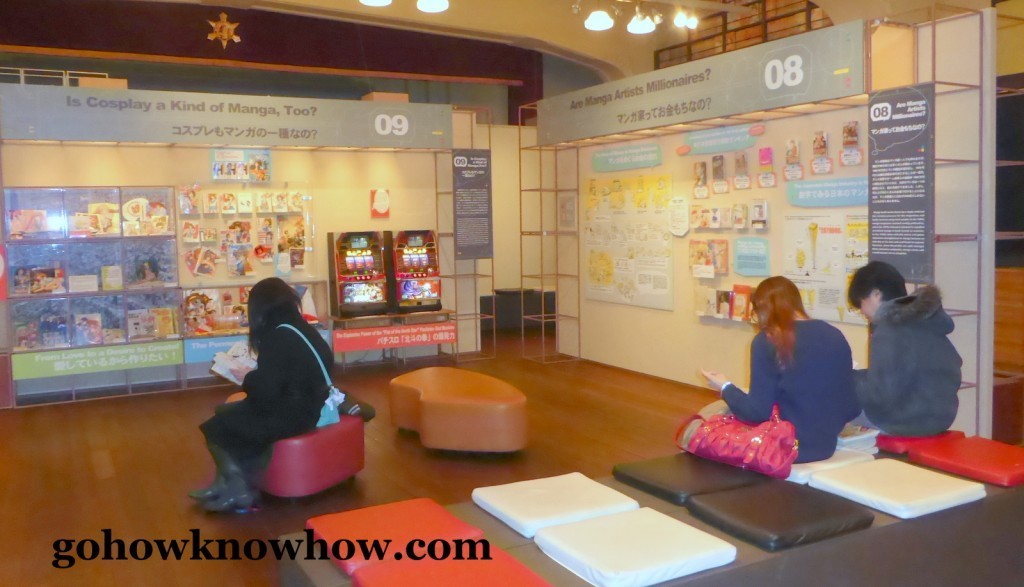 All your manga questions answered in this exhibit

Here I saw samples of manga as political satire, okay, editorial cartoons, I get that. Education, well yeah, that makes sense. Romance serials, now you’re losing me. Erotica? I’m outta here! But yes indeed, all these subjects and more are fodder for this uniquely Japanese form of communication.

Roman Rosenbaum describes his 2012 book, Manga and the Representation of Japanese History, by saying that Japanese depictions of history via manga have “contemporary appeal” beyond the traditional ways of teaching the subject. It is worth noting that many stories are set in the past – even material intended purely for entertainment. 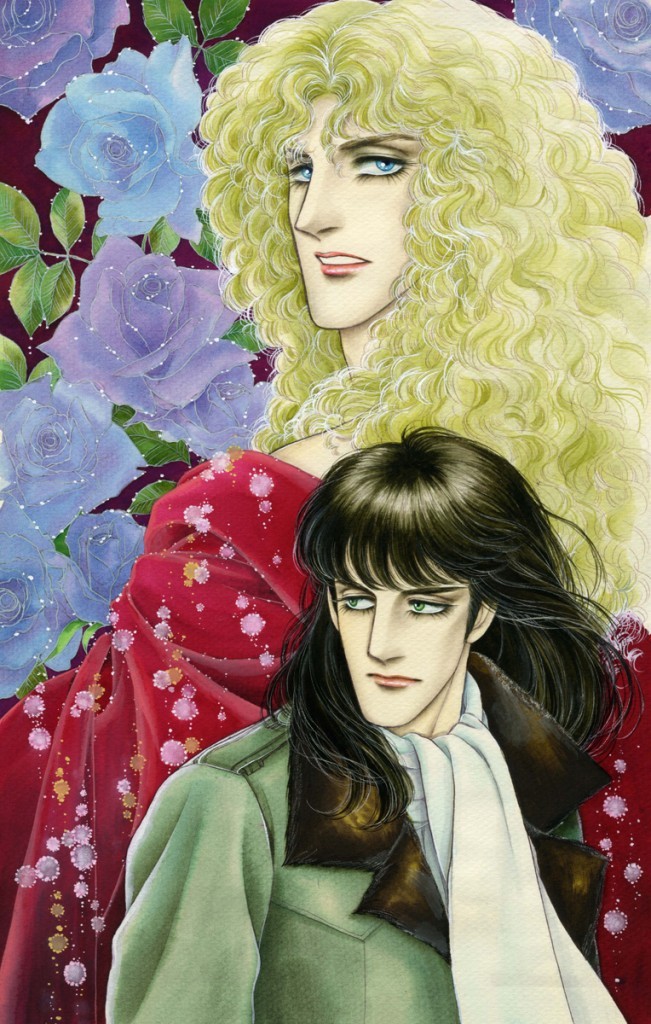 Eroica With Love, a 1970s-era serial for women by Yasuko Aoike features a homosexual British lord who is also an art thief, a German NATO officer and the Russian KGB. This storyline was enormously popular for decades and spawned a number of spin-offs. Aoike’s beautifully rendered comic book covers fill another wing at the museum.

Seeing all this convinced me that Miyazaki’s movie, The Wind Rises, telling the story of the man who designed Japanese fighter planes for World War Two was not as odd a subject as I originally thought. His hand-drawn characters effectively illustrate the real life dilemma of balancing ambition, passion, pacifism and patriotism.

Travel sometimes provides me with an opportunity to explore a subject I might otherwise never think about – exposing me to tiny nuggets that accumulate to create a bridge across a cultural divide. When I write, “you have to see it to understand” I mean both the movie and the museum. 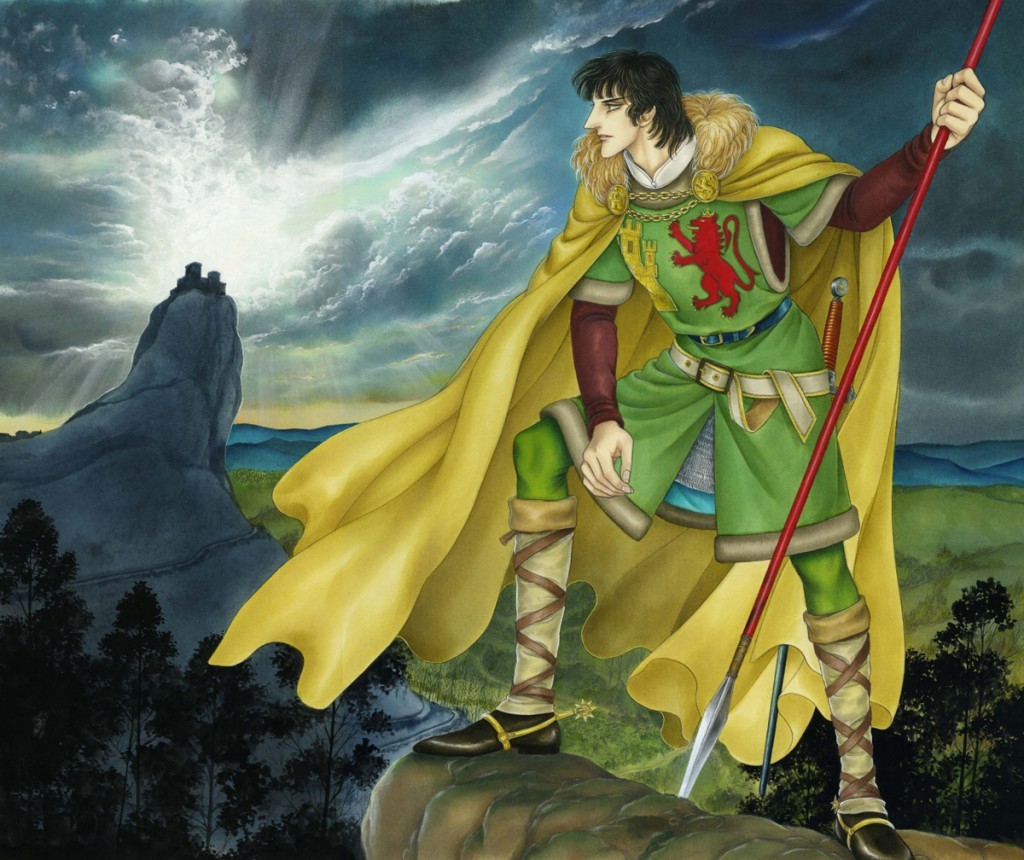