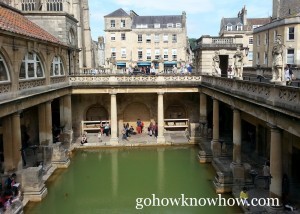 There’s nothing original about our present-day affection for the spa. People have been enjoying a communal soak for millenia, and nowhere is that more clear than at the bath so famous England named a town for it.

While the Celts apparently discovered Britain’s only natural springs in 600 BC, it was during the Roman occupation that the water source was used to create a complex of pools, health areas and temples. Much of this survives to this day, drawing a million tourists a year to Somerset County, about 2 hours drive south of London.

These days though, the water is a brownish/green and it no longer looks inviting though it still pumps out at a rate of a quarter million gallons a day. Its unappetizing appearance is just as well because this historic site is seriously hand’s off, no bathers allowed. Still, a great day can be had touring the remaining structures and the excellent museum that surrounds them. Writer and humorist Bill Bryson contributes his impressions to the museum audio guide, make sure you listen.

After that if you are in the mood, visit the privately owned Thermae Baths right around the corner. After decades in which the town had no hot spring bathing at all, the privately owned Thermae opened to the public in 2006, offering sessions of two or four hours ($45 and $62) or a full day for $95. You can pay more and sashay into the Springs Cafe where the wine is not very good but the food is great, and you are welcome to dine there in your robe. This makes for a pretty comical scene. 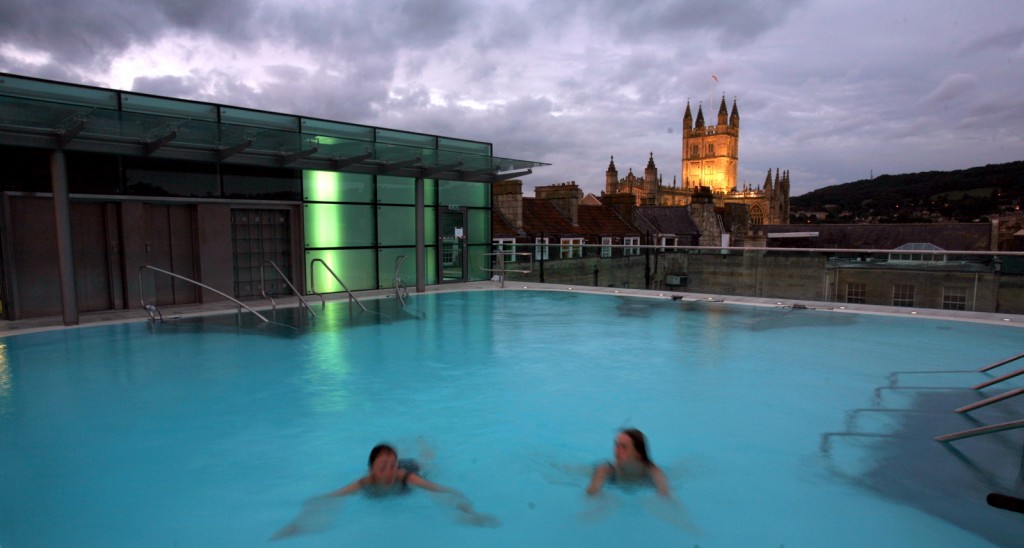 Bobbing around in the rooftop “New Royal” pool, I looked out over the old city, with its foreground view of the ancient Roman Baths and decided that this would join my list of “memorable experiences” that also includes the limestone cave lake my husband and I dived into in Georgetown, Bermuda and watching sparks fly off my fingers during a moonlight swim in the Mosquito Bioluminescent bay in Puerto Rico’s island of Vieques.

It was an interesting juxtaposition being in this urban pool because the day before I’d visited one of my all-time favorite baths, Iceland’s  Blue Lagoon. 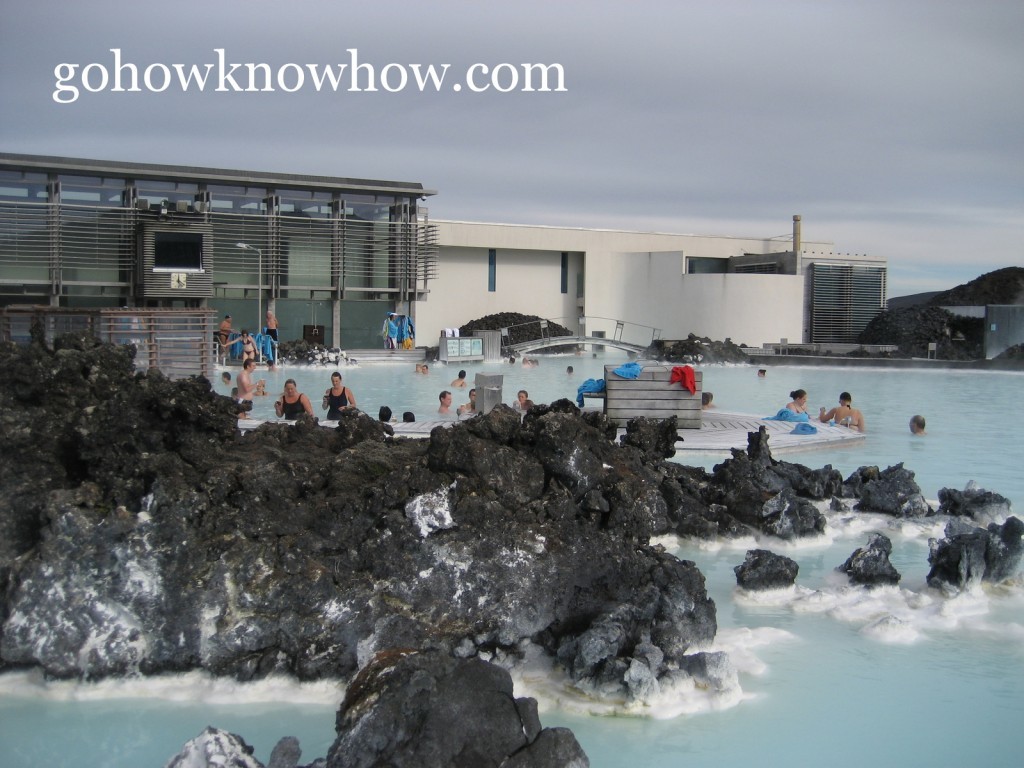 Paradise found at the Blue Lagoon 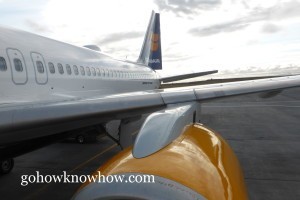 Icelandair has a plan to encourage tourism

Icelandair is promoting tourism to its home country by offering a free stopover of up to seven nights for its passengers ultimately headed for Europe or North America. As a formula for stealing customers who might otherwise have to change planes in New York, Chicago, Toronto or any of a dozen other gateway airports, the idea is brilliant, especially when Icelandair offers a cheaper fare. Let’s see, five hours in Atlanta’s charmless airport or three days in inimitable Iceland? That’s a no brainer. 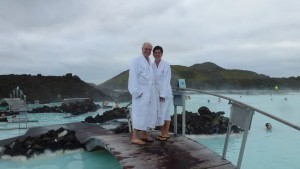 Visiting the lagoon with my husband in 2013

I’d be willing to travel through Iceland just for a day if it included a visit to the Blue Lagoon. Shedding one’s warm terry robe in the chilly arctic air and then plunging into a super-sized, steaming hot, seemingly endless pool is as fantastic as it sounds and I’m not the only one who thinks so. During my afternoon there I encountered a number of local kids, a team-building retreat for a Danish food manufacturer, tourists, retirees and a sizeable bachelor party.

Interestingly, there’s no thermal spring providing all that brilliant blue water. Nope, that big beautiful spa is developed from the runoff of a power generating station up the road. (You can read about the genesis of the Blue Lagoon here.) This is not to say that Iceland doesn’t have its natural springs, it does, and some of them can be found in the most unexpected places. 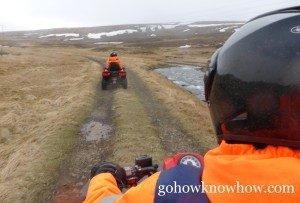 Seeing the countryside from an ATV

Iceland attracts visitors who are eager for outdoor, adrenaline-fueled events. On a teeny-weeny, old-lady scale, that’s me. So I agreed to a 2-hour ATV ride with Brilliant Tours, an adventure guide service and outfitter. I was to be treated to a hair-raising, bone-jarring ride through Iceland’s volcanic hinterland in Thorisstadir, where every pothole contained a chilly puddle of melted snow and arctic ash that sprayed up as the tires slammed through – soaking me from toe to knee. 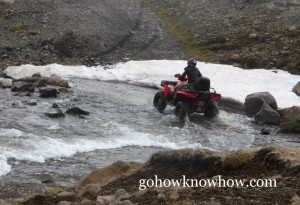 Can we really drive through that?

It turned out to be a thrilling way to see the countryside and I can tell you I saw a lot of it because the guys at Brilliant just don’t take no for an answer; even if there’s a river to be crossed, or a rocky incline to scale.

I wasn’t driving, thank the Lord, or I surely would have wussed out the minute we left the paved surfaces for uncharted terrain. But in that case, I never would have seen the rainbow rising from the valley below us as we reached the crest of one of the taller hills. That was a stop-us-in-our-tracks sight, believe you me. 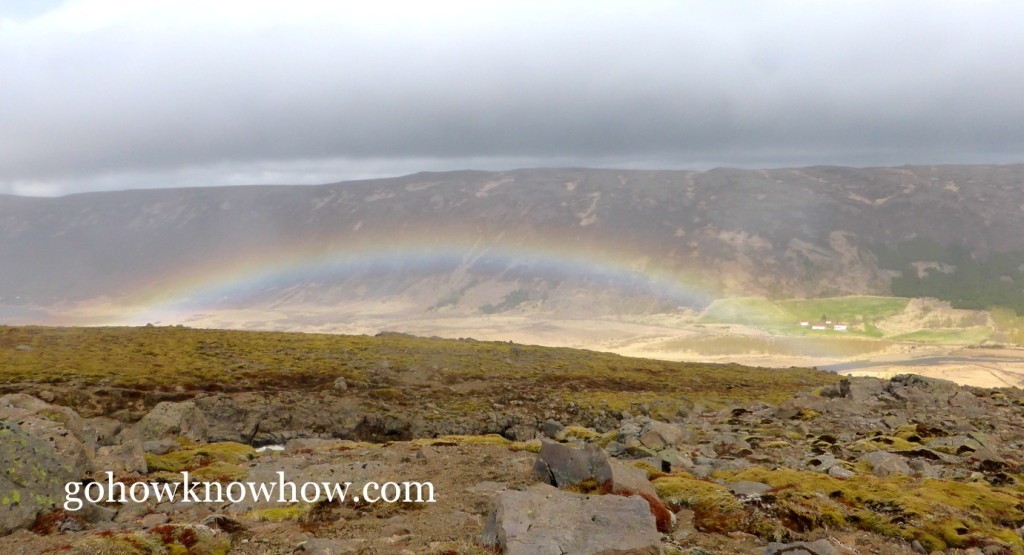 Anyway, my point is that after two hours of that kind of physical punishment, the body screams for a hot tub. Thorisstadir may have many charms, but like other communities in Iceland, it is in the middle. of. nowhere. 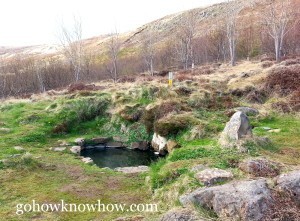 The spa in the field

As we headed back to the hotel, our guide told the driver to pull the van over to the side of the road and then led us on foot up a small hill where darned if there wasn’t a small hot spring just waiting for us to clamber on in.  I did.

Water was burbling around my shoulders, in an open expanse full of an otherworldly kind of life. I wondered – as I always do when I am in this oddest of nations – “What kind of a place has natural hot tubs beckoning people to drop their clothes and climb in?” The kind of place where rainbows rise in the the valleys.

It’s the kind of place that, in a thousand years, visitors might come by the millions – as they now go to Bath – to hear about the lives of the people who sat and soaked here long ago.

This Icelandic tour-guide-of-the-future might say that in the 21st Century, travelers came for the healing powers of the natural thermal springs, the relaxation to be had in power station runoff and the extraordinary beauty of the countryside. And by George, that guide will be right. 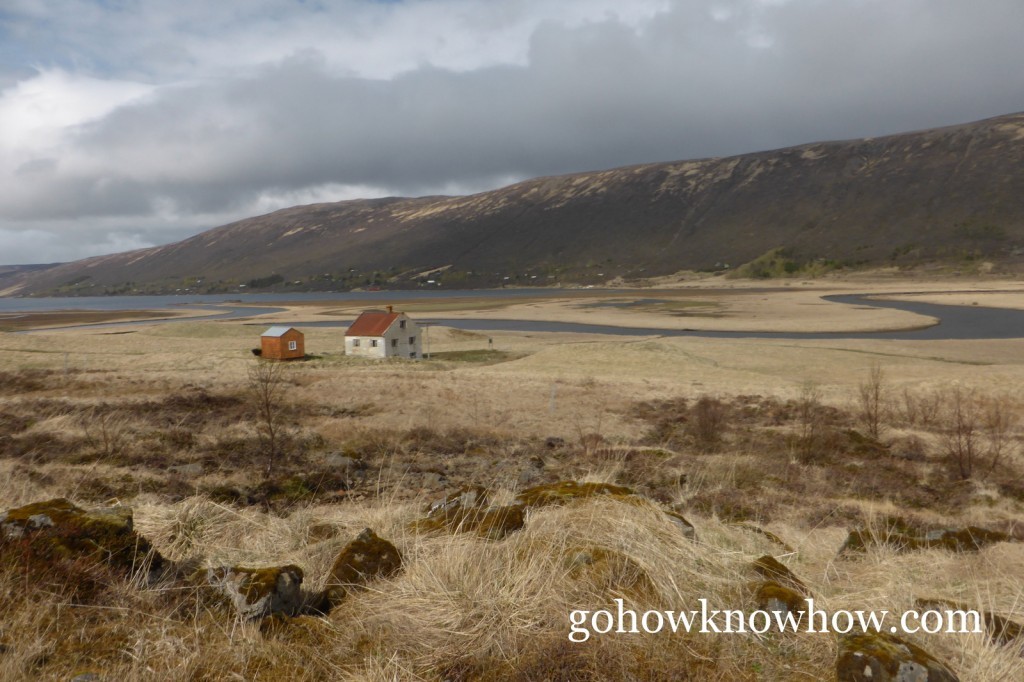 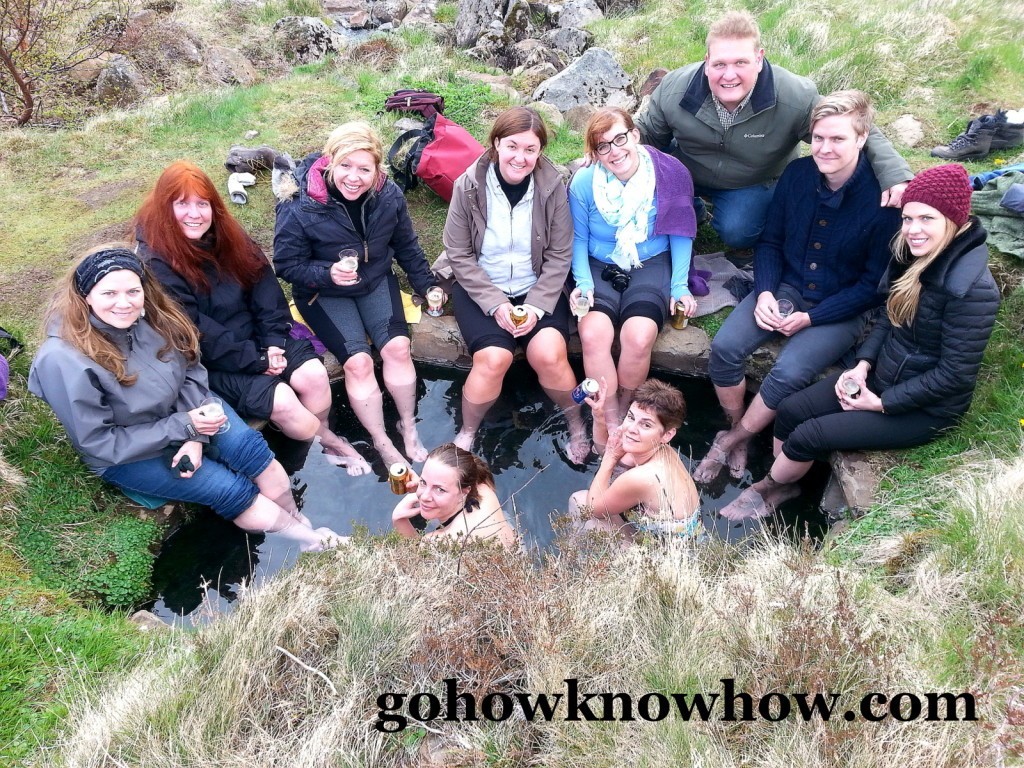