Traveling With Ignorance and Uncertainty. Yes, I Bought a Campervan 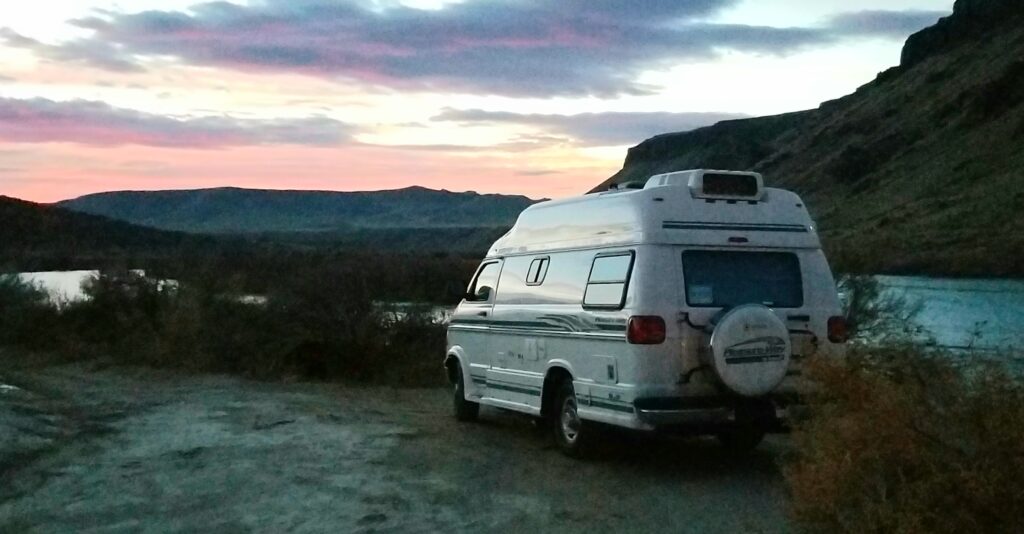 It took eight months from that day in May 2020 when I first started thinking about getting an RV until I took possession of my new campervan. While that’s shy of a full gestation period, I do find myself murmuring, “Hello baby,” each time I approach it, ready for my next road trip.

Yes, Ladies and Gents, I bought a campervan and it has taken possession of me.

From the position of still not knowing much about this thing called #vanlife, Here are some things I have learned already.

Recreational Vehicles – also called RV’s include a wide spectrum; motorhomes the size of intercity coaches, and long trailers with slide-out sides that give a house-like width to the living space, campers that fit into a truck bed and over the roof of the cab.

The smallest segment of the RV market but the fastest-growing is the campervan. I selected this kind of RV for its ease of driving, the ability to get it in and out of more remote areas and because mostly I’m traveling on my own, I don’t need much space. 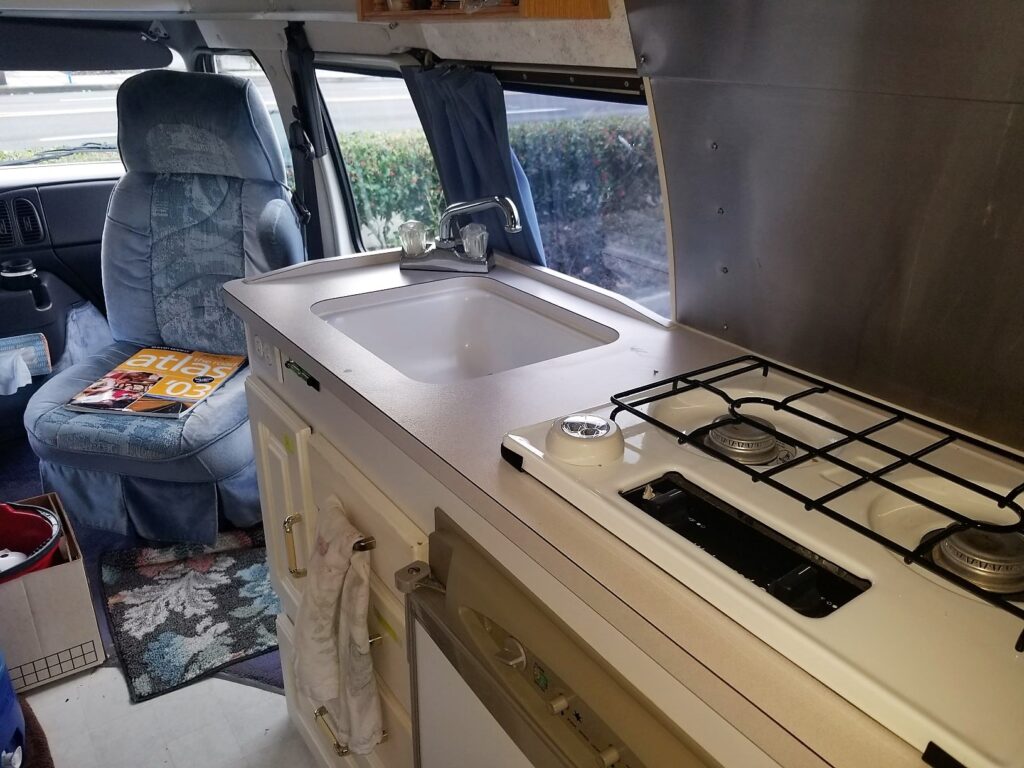 My campervan is 19 feet long. It does indeed drive (more or less) like a regular van and has storage for a reasonable amount of stuff. That said, it has a small fridge/freezer, small pantry, small, well I’ll just skip writing “small” because everything in it is small, a kitchen sink, a two-burner stove, and a separate bathroom with a microscopic sink, toilet and hand shower.

What I learned about buying an RV.

So I was among the one zillion other Americans looking to buy an RV during the Coronavirus pandemic. This meant once I’d made the basic decisions above, I had to shop online in a very competitive sellers’ market.

Trust me, if plunking down big money based on what you can glean from phone calls and photographs doesn’t get you prepared for the uncertainties of vanlife, nothing will.

Luckily, I found what I was looking for, a 20-year old Canadian made Pleasure-Way Excel, in Eugene, Oregon, 3-thousand miles away from where I live. I arranged an inspection and when the report came back clean, I told the seller, I’d be there on Tuesday. If his description was accurate, I would drive it home.

It was and I did. 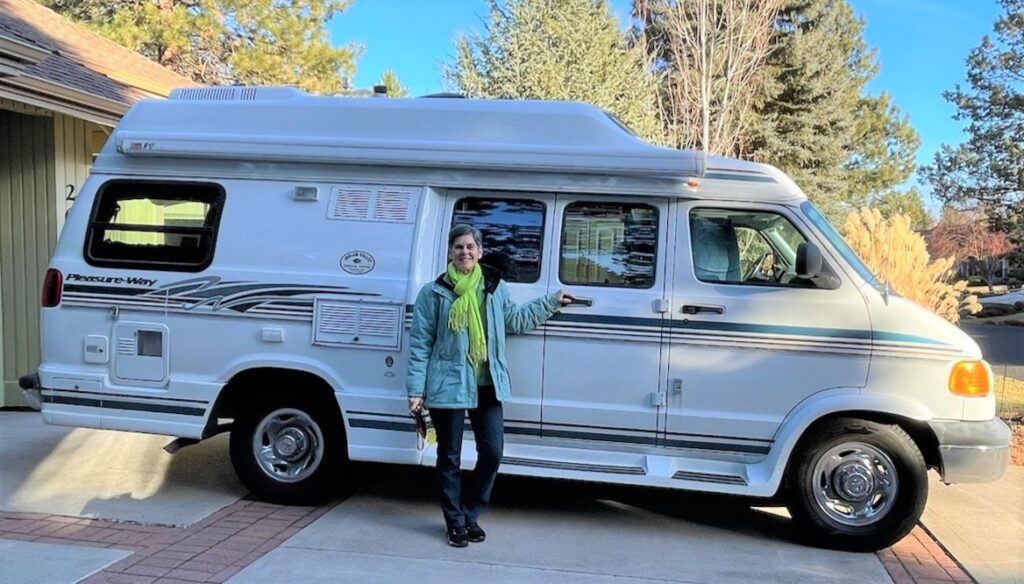 So my baby and I were baptized together on a 9-week, 61-hundred mile transcontinental road trip that had me pass through 15 states, temperatures that ranged from -8 during a 4-day blizzard in Oklahoma to 89 in Savannah, Georgia.

Things I learned on the road.

Falling in love with my campervan was easy. My Pleasure-Way is a cheery, pleasant living space with blue upholstery and clean white cabinets. But that’s not the big reason. My campervan was taking me safely and comfortably into corners of American I’d never seen. I was meeting Americans I would not have otherwise met. 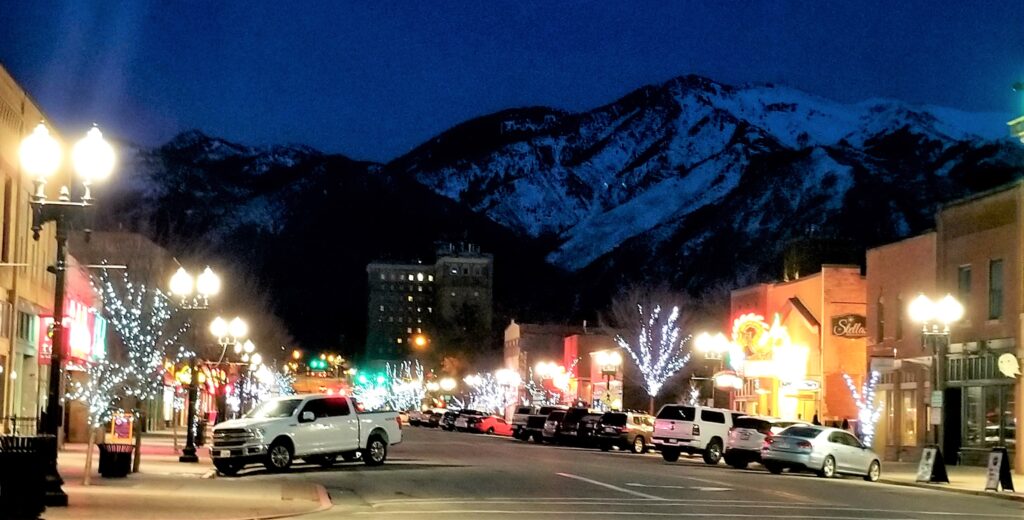 From my van, I saw broad expanses and tucked out-of-sight pockets of my country. I maneuvered through the rush hour traffic of cities and balanced fear of being alone in dark remote places against the thrill of watching stars shooting through the night sky.

No matter how smart or sophisticated I think I am, being in an unfamiliar place in a new-to-me vehicle is like being smothered by a blanket of ignorance. It fosters a dependence on others that’s uncomfortable. That said, it required me to ask questions and seek guidance. It connected me with the strangers who are my fellow Americans.

And with that, I will tell you the story of the Turner Family of Henryetta, Oklahoma. Because the only reason I ate fresh eggs from their chickens and got cozy with their dog is that I slid down an icy side road and into their driveway during a blizzard. 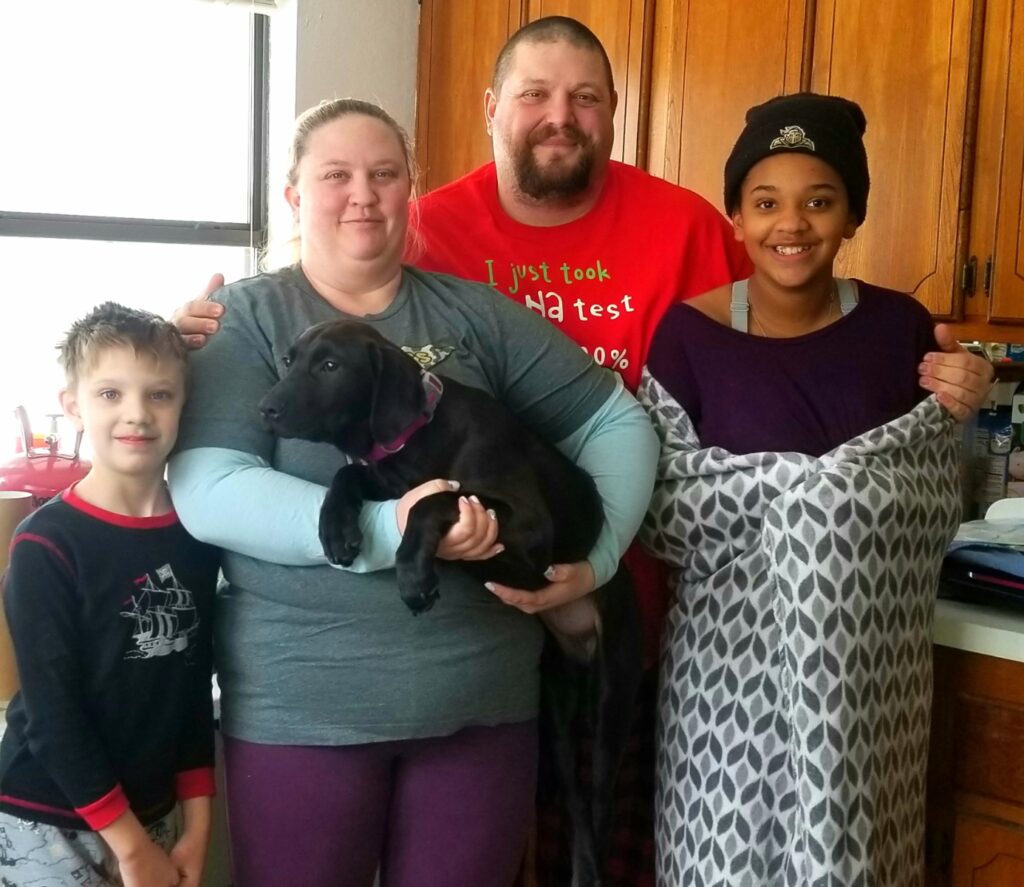 I wasn’t trying to outrun the storm, a snowstorm of such proportions it has its own wikipedia page. I was aware that Storm Uri was bearing down on the Plains.

Too tired to drive the last 10 miles to the campground where I was planning to wait out the weather with an electrical hook up and a space heater, I’d pulled into the parking lot of the Henryetta, Oklahoma Walmart and spent the night before Uri was predicted to arrive. I rose at five to find snow already falling so I started driving. Immediately after getting on the interstate, I realized I made a mistake.

Here’s where the stupid part begins. “It might be safer” I reasoned, to get off the highway and take local roads. After all, I was only going 10 miles.  Following Google maps, I exited the interstate and turned down a dark, narrow, descending, ice-coated street. When I nearly skidded into the ditch on the side of the road for the second time, I made a right into the next driveway I saw, shut off the ignition and waited for dawn.

If the home’s residents saw me I couldn’t tell. They might come out with a shotgun and a threat, but I wasn’t leaving until forced. Instead, about eight, Heather Taylor and her husband Patrick invited me in. “We have a lot of room, you can stay with us as long as you like,” Heather told me. And so I did.

I immediately liked them all. Patrick, was the teacher and a sports coach at the local high school, his wife, Heather worked for the school district.  Their daughter Ruthy, was the most engaging teen-ager I’ve ever met, full of questions and clever observations. Their 8-year old Lucas started off quiet but after breakfast, he showed me all around his room and his toys.

I could have stayed with them for days. But the situation with their neighborhood road was worse than I thought. That thick layer of ice wasn’t going anywhere until warmer temperatures arrived. And “warming” wasn’t in the extended forecast.

So getting out meant a truly horrifying chain tow back up the hill by a man in a Ford Explorer (Thank you Geico!). As he tugged and I steered, I carefully followed his instructions via cellphone. He calmed my panicky blubbering by telling me he had just returned from Iraq where he was a transportation and logistics specialist and he would, he WOULD, get me to the interstate in one piece.

I won’t bore you with the challenges still to come before I arrived at the campground and was handed a garden shovel to clear out a space for the van. Suffice to say it took the four days I spent waiting out the storm just to get my heart rate back down.

When I finally was back on my way east, I was sobered by the site of at least a dozen tractor-trailer trucks jackknifed along the highway. As many or more cars were also stranded and a few were upside down on the median. Sections looked like a scene from the movie Mad Max.

Norma Yeager and Lordish Matheney, the park rangers at Wall Doxey State Park in Holly Springs, Mississippi were eager to hear about what I saw on my journey. Though the roads were clearer and the temperature warmer, Mississippi was still under a coat of snow five days after my adventure on the back road where the Turners lived. 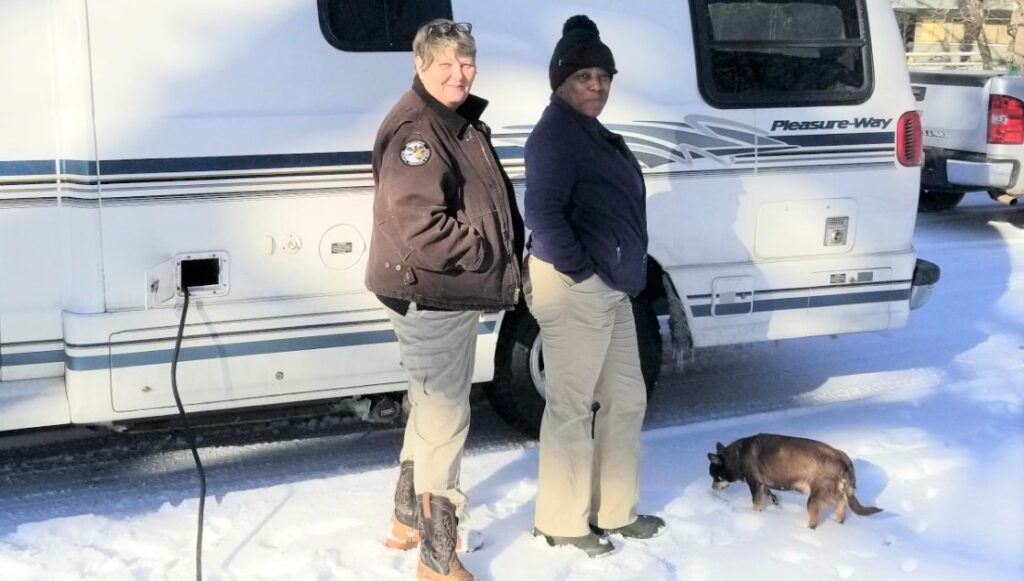 But maybe they were also eager to talk because I was the only camper in the park. Who can say? All I know is they set me up with an extension cord so I could tap into power in a section of the camp where there was a shower house and we wound up having a gabfest as the sun set over Spring Lake.

An RV is a car and a house and though those are familiar to most of us, putting the two together makes something far more complicated than the sum of its parts. That’s true in a practical sense.  Most of us don’t cart along in the car,  all the things we need to eat, drink, cook, sleep, wash and play. All those things need to be compact, light and safely secured before the vehicle moves.

On an emotional level, RVing means living on the move with an ever-present element of uncertainty. Plans change, things break, destinations disappoint. The most important thing I’ve learned in my first few months of vanlife is to remain vigilant about the tasks that must be done conscientiously  – caring for the vehicle and the camper – and relax about where I go, what I do and when I’ll arrive.

There are roses everywhere. What I want to do in my new campervan is smell the ones that cross my path and not worry about the ones that don’t. I’ll get to them. Or not. It doesn’t matter. See? I’ve learned a lot already. 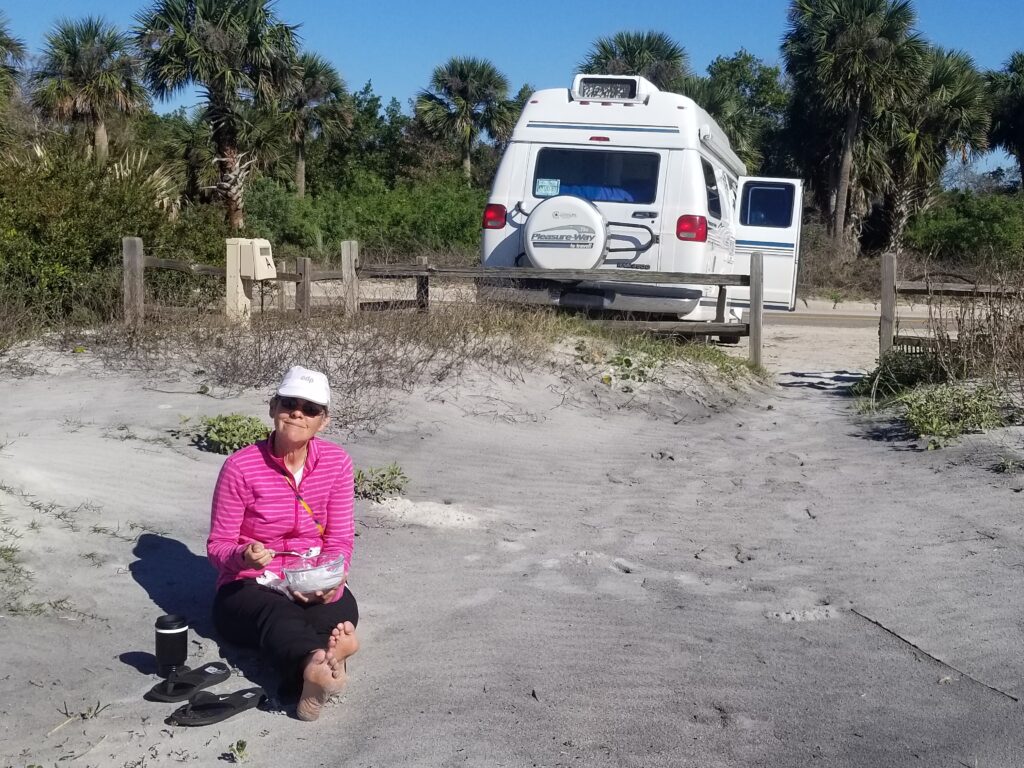 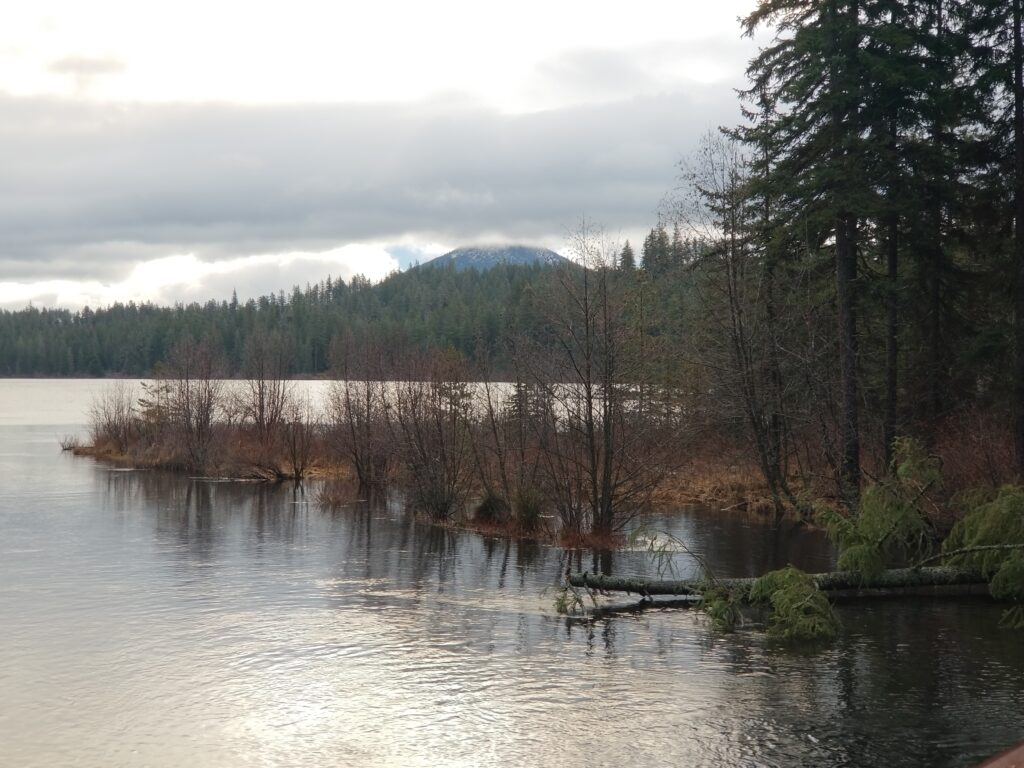 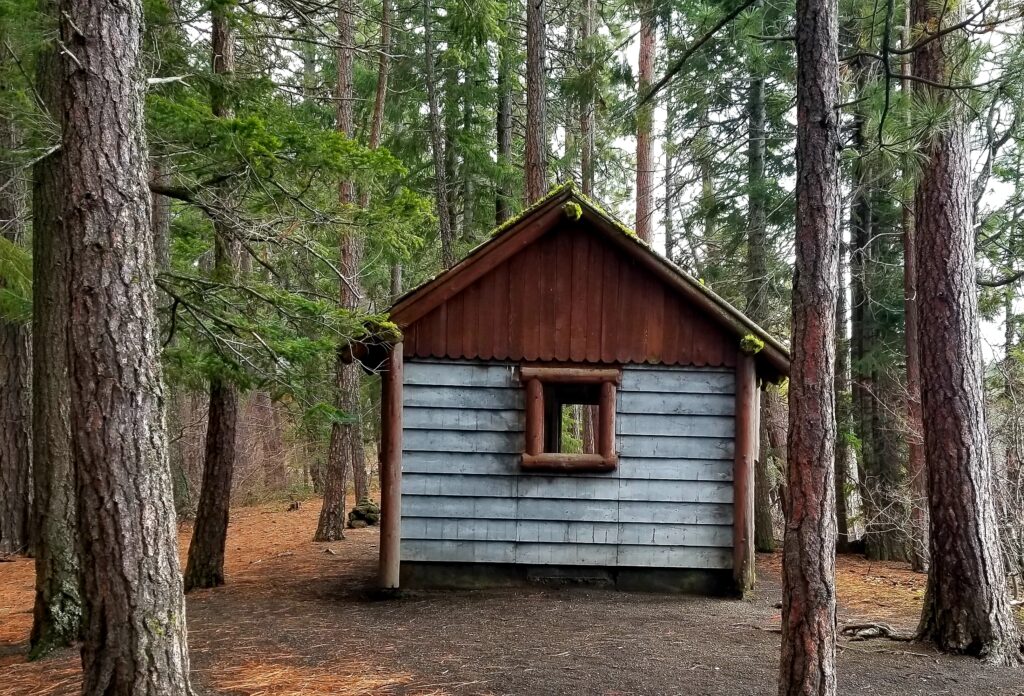 13 responses to “Traveling With Ignorance and Uncertainty. Yes, I Bought a Campervan”