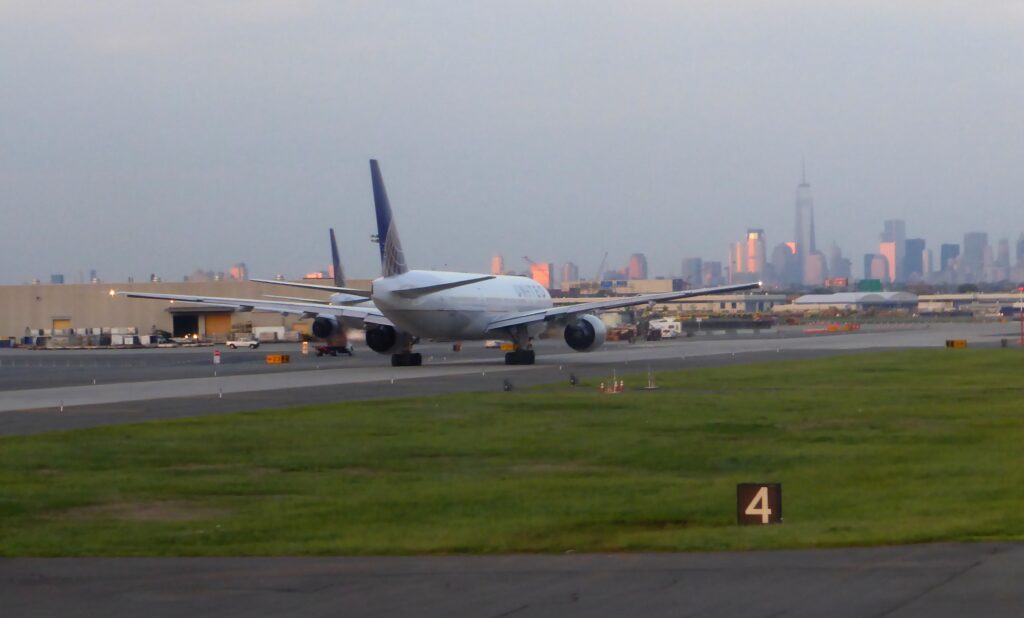 This post has been modified to reflect a wise reader’s observation that the age of plane is less relevant than the age and most recent maintenance of the PW4000 engines, which this person believes must be considerably younger. I do not have this information as Pratt & Whitney and United declined to answer questions.

Passengers boarding United’s Sunday flight from Newark to Zurich had to be pleasantly surprised to discover the cabin was only half full.  That is unusual as airlines struggle to keep up with post-pandemic passenger demand. But the good news stopped before the Boeing 767-300 had even crossed the Atlantic, as the pilots declared an emergency 600 miles shy of the European coast. 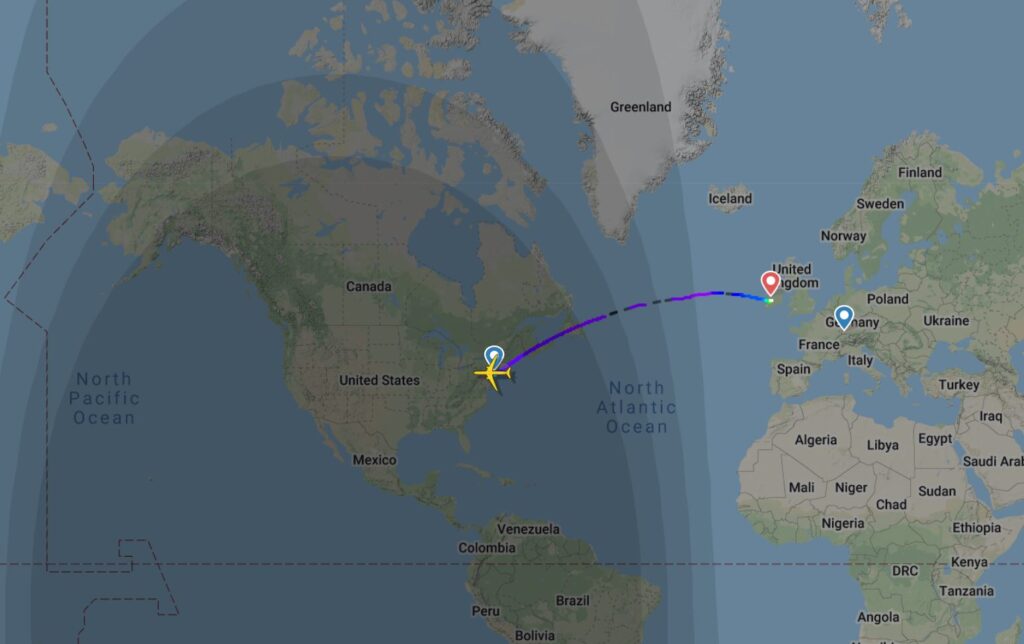 The 21-year old airplane was way past the point of turning back when the right Pratt & Whitney PW4000 engine failed. After squawking 7700, pilots brought the plane to a lower altitude, first 25-thousand feet then 20-thousand; standard procedure with an engine out. This, I am told is designed to enhance the performance of the airplane operating with one motor.

“You’ll have the biggest margins, stall protections, maneuvering, climbs and descents as necessary, more air over the wings, more air through the engines,” everything, this former pilot told me, except fuel efficiency. Even so, when fuel was loaded onto the plane in New Jersey, the quantity included calculating an engine out situation and the possibility of flight with the remaining engine running full thrust through the denser air of lower altitude.

It is easy to remember the acronym for the regulatory procedures that govern these flights, ETOPS for extended-range twin-engine operation performance standards, but more often referred to as “engines turn or passengers swim”. ETOPS certification restricts – in flight time – how far designated twin-engine airplanes can be from an airport when flying across oceans.

When I started writing about aviation in the nineties, the limit was 2 to three hours. Now, some models of Airbus and Boeing jetliners are certified for flights 5 and a half hours from a diversion airport.

A retired pilot explained that ETOPS logic takes into account worst-case scenarios and there is a lot to consider, not just the distance to the airport and the additional fuel consumption caused by the factors described above, but other issues that could come into play like weather, terrain, yes, even the number of passengers on board.

“All the programming figures you are going to lose your engine farthest from your ultimate destination,” he said. “It’s an engineering feat but once you get all the numbers in, it’s plug and play.”

Flight 134 landed at Shannon Airport in Ireland, ninety minutes after the pilots declared an emergency. Officials at United Airlines and Pratt & Whitney did not reply to my questions about the event or about how, when or whether passengers on the flight made it to Zurich. 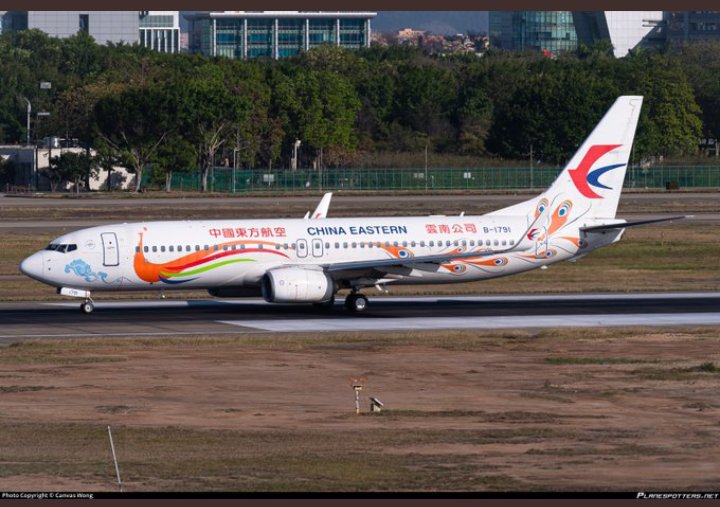 While world attention has focused on last week’s fatal China Eastern crash and before that the twin 737 MAX disasters of 2018 and 2019, the safe handling of a widebody airliner minus an engine provides an important counterpoint.  While it is not a “ho-hum” event for the crew it does happen with some regularity. There’s a reason recurrent pilot training in the simulator often includes engine-out scenarios.

The episode illustrates how crew training and procedures, regulations, maintenance protocols and a robust safety structure save the day far more than most air travelers can imagine. For United’s Zurich-bound customers and everyone else crossing an ocean by air, that will be a surprise. Probably a welcome one. 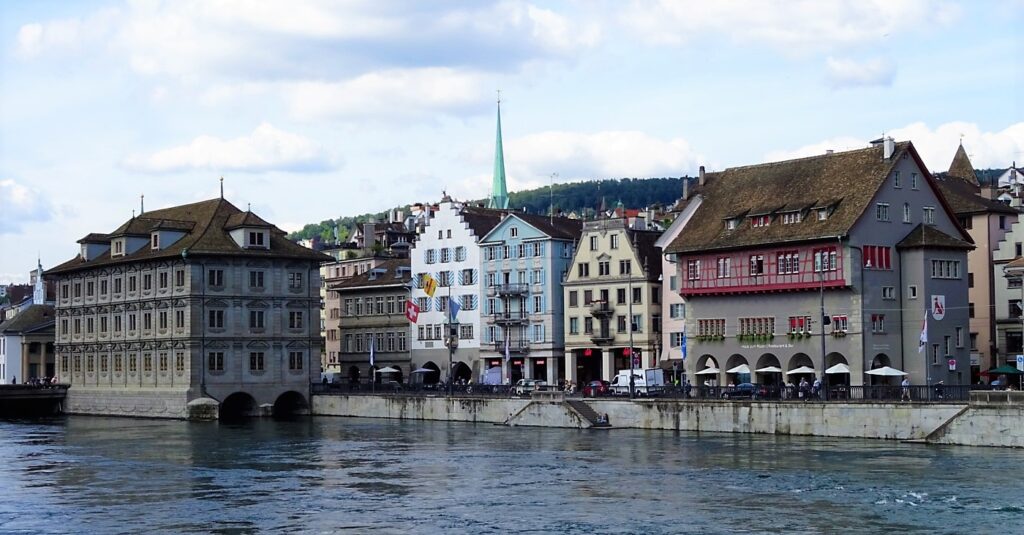