United Makes Peace by Reinstating Fired Crew, Qatar Not So Much

Two stories with big consequences for the participants and lessons for the rest of us were in the news this week. After years of fighting their firing for expressing concern about the security of their aircraft, 13 United flight attendants have been reinstated.

You may recall from a previous post on my blog, that in the summer of 2014, the cabin crew on a flight from San Francisco to Hong Kong, grew concerned about disturbing graffiti on the tail of their Boeing 747. Drawn in the grease were two faces and the words “bye bye”.

The airlines operations staff dismissed the drawing as a benign prank – not a security issue and tried to dispatch the plane. The cabin crew was less sanguine. Malaysia Flight 370 had disappeared without a trace just four months earlier justifying – to them at least – their edginess.

The impasse came from the flight attendants’ request that the jumbo jet be searched along with all the baggage and the passengers and the manager’s order that they shut up and fly the trip. Things spiraled from bad to worse until the flight attendants were shown the door for insubordination.

Now, after nearly two years, a Federal whistle blower lawsuit and what I’m assuming are some sizable legal bills on both sides, the airline has agreed to reinstate the cabin staff. 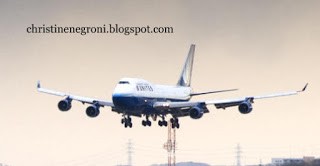 “We welcome these flight attendants back to our team,” said the airline’s senior executive in charge of inflight services, Sam Risoli. And even though it didn’t seem that way when the incident first happened, Risoli made the point in a press release that its employees were encouraged to “raise concerns in good faith about the safety or security of our operations.”

This story was big at the time. General news interest focused on the odd decision to chasten workers for concerns about a flight’s safety.

Within the industry, the airline’s mishandling of basic crew communication raised eyebrows and questions about the effectiveness of crew resource management and United’s commitment to a safety management system in which everyone contributes. One must take the airline at its word that the case of the fired flight attendants has prompted some soul searching.

The whistle blower protections under which the workers sued have at the center the best interests of the passenger operations, they are “essential” according to David Marshall, the lawyer representing the flight attendants. 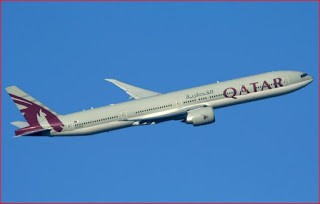 Making peace and moving on as they seem to have done at United is unlikely to happen at Qatar, however. The pilots recently fired by the Gulf carrier’s bombastic boss, Akbar al Baker, can’t count on American employment protections or, it would seem, the industry’s well-established “just culture” to help them get their jobs back.

Last fall, the flight crew of a Boeing 777 departing Miami International Airport entered the runway at an intersection 3,200 feet ahead of where they ought to be and started the takeoff roll. It was not until the pilots saw the end of the runway approaching too soon that they realized something was wrong. The captain opted to take off and was unaware that the aircraft actually hit the lights indicating the runway end. Damage to the plane’s underside told the story when the flight landed in Doha.

Damage to the plane and to the runway light. DCAA photo

You can read the preliminary report from Qatar’s Civil Aviation Authority here, to see all the factors that came into play that night but of course there were many.

What’s horrifying about the case is the statement of al Baker in announcing the sacking of his pilots.

“We will not accept any kind of lapses by pilots,” he said. Al Baker must have missed the first page of the QCAA’s report which states, as most civilized government aviation agencies do, that the purpose of an investigation is to prevent them in the future.  It would be inappropriate “to assign fault or blame” the report reads.

It’s more than inappropriate to expect punishment to prevent errors, it is dangerous. Unintentional acts provide clues to underlying problems that go farther than a simple mistake.  This is a lesson that goes back to the days of the Comet (which you will read about in my soon-to-be-published book The Crash Detectives).

When pilots repeatedly make the same mistake, it “must be presumed to be too easily possible,” the wise writers at Aeroplane Magazine wrote back in 1953. The wise airline executive of the 21st Century surely recognizes there are lessons to be learned from errors that can be used to improve aviation safety. United just showed how it can be done. Qatar are you listening?