When Getting Lost Means Finding Something Special 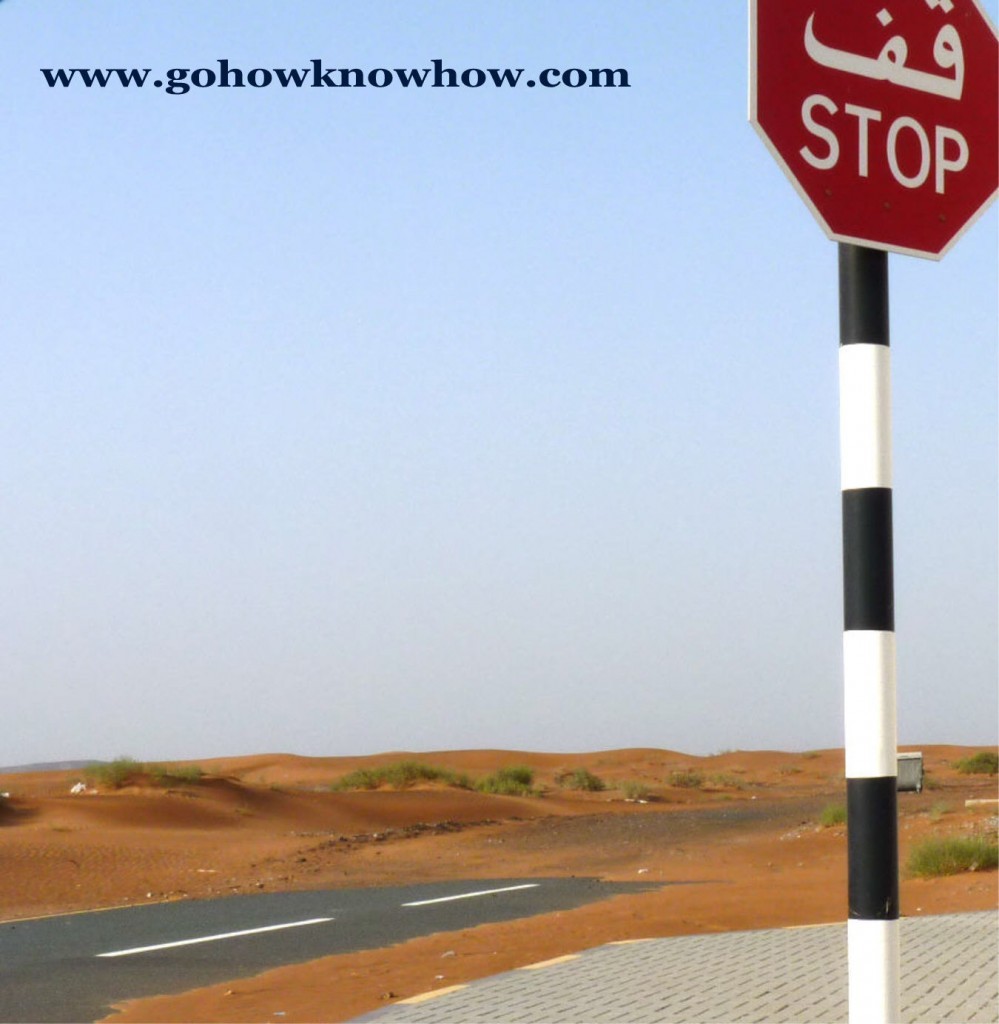 When the road on which I was driving ended and by that I mean ENDED – once there was pavement and then there was sand – I knew I was going to have to ask someone for directions. Its not that I mind asking for directions, I’m very girly in that way. Its that the outside temperature was about 117 degrees and it would set the underpowered air conditioner in my underpowered Mitsubishi Lancer back to puffing out hot dusty air from the vents if I opened the door of the car for more than 30 seconds.

I’d been on the road for four hours  making the two hour drive to Dibba in the United Arab Emirates, the Indian Ocean beach town where I was planning to spend two days relaxing after an exhausting work trip this summer.

To call this sand encroached strip of road “the road to nowhere” wouldn’t be a ccurate, though because nestled at the edge of this rapidly expanding piece of the Arabian desert, was a complex of tidy, middle class homes. When I knocked on the door of one of them, I was greeted by a young woman named Sabah who offered up her brother to drive ahead of me and show me the way. 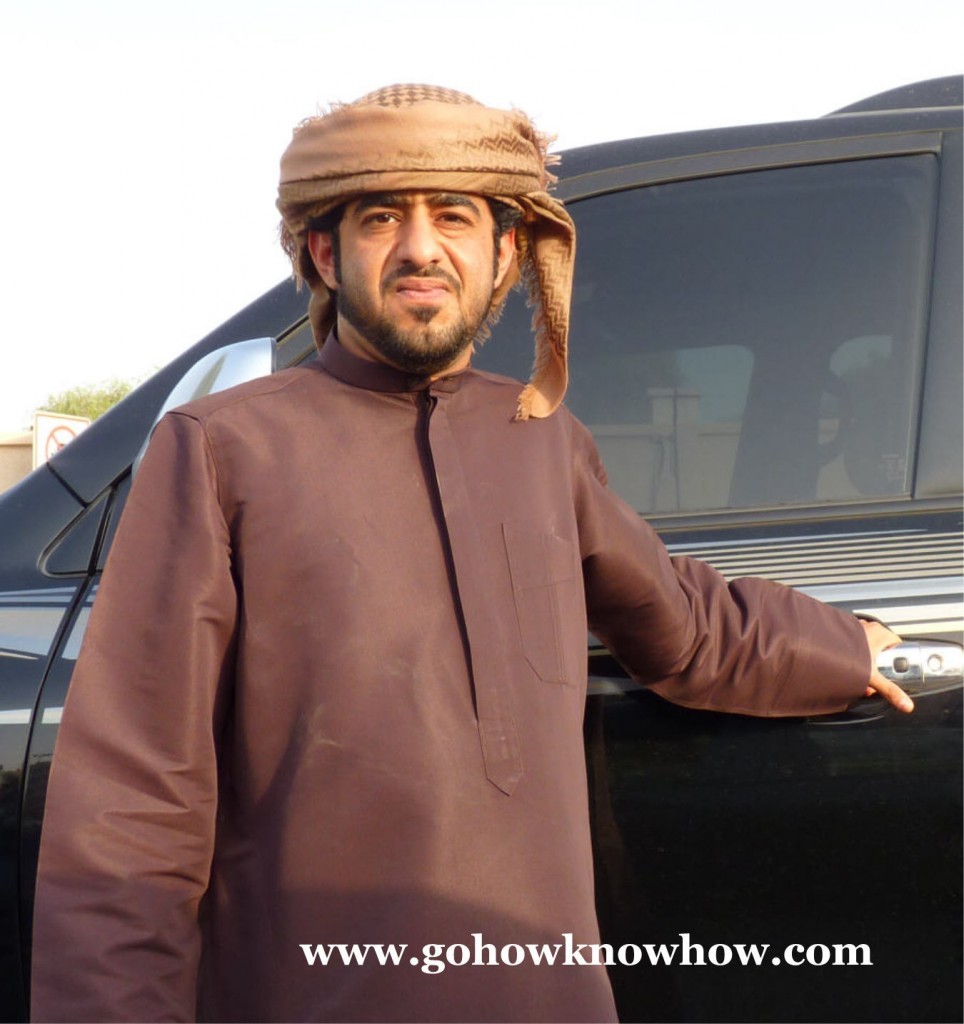 I accepted, though not without some guilt at making this poor guy drive who knows how far to get me back on my way, but before I left, the dad arrived, (trust me my appearance at the house was causing quite a stir. I don’t think they get many outsiders there.) and I was invited inside for Emirati coffee and fruit. Well, I accepted that too and the next thing you know, I’m sitting on the floor drinking delicious cardamom-flavored coffee and eating dates with the family. Seven of the nine children along with mom and dad and I forged our way through a conversation in my halting Arabic.

Finally, I ask about the thing the mom is wearing on her face. Actually I know what it is, but I wanted to hear how they explained it. It’s a mask-like device that covers the forehead and mouth of the wearer so that these features are not seen by anyone outside of the woman’s immediate family. 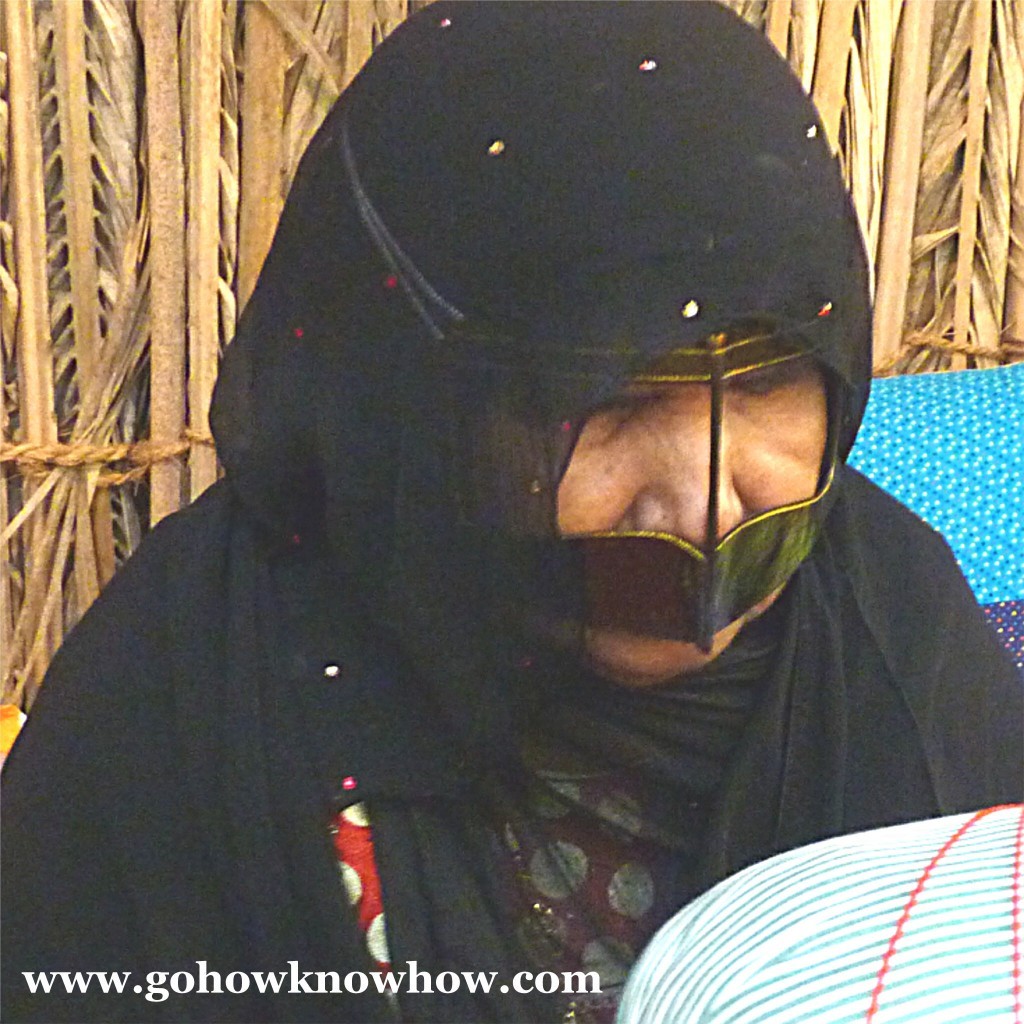 Burka worn by a craftswoman at a Dubai cultural exhibition

So the daughters, one is a pharmacist and the other is a dentist, say, “Its a burqa, something traditional that women wear here”. The next thing I know the mom has disappeared into some other room of the house and returned with one for me. As a gift!  So I put it on and mugged with mom, throwing part of her yellow scarf over my head and all the kids’ phones come out and they start snapping photos. We were all cracking up!

Unfortunately, I had left my camera in the car since I only stopped at the house to ask directions, so that sight will probably never be seen by me or you. I’ll always have the memory though. 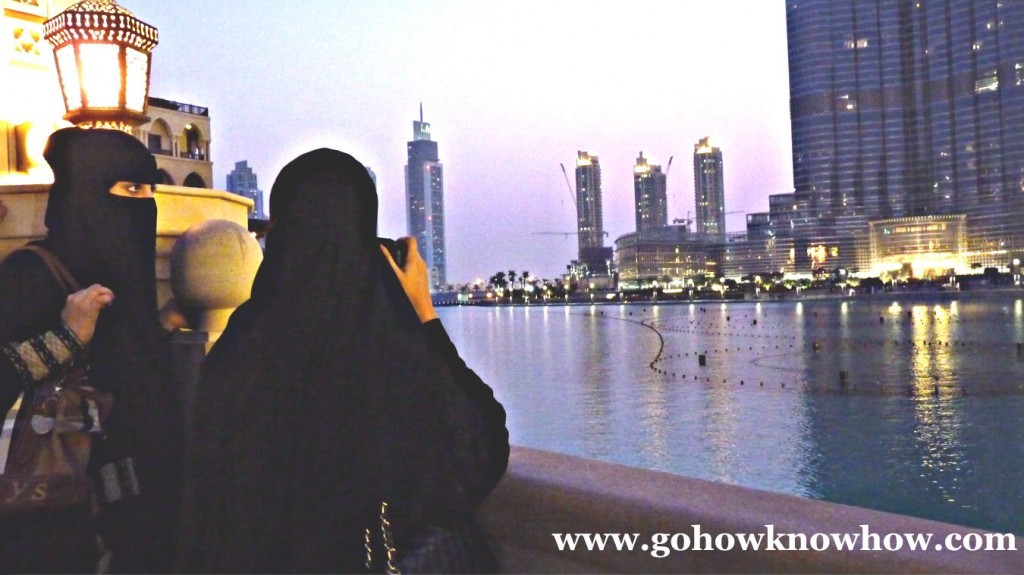 And the lesson. Because throughout my time in the Emirates, I have to say I felt some bewilderment over these women who cover and shield themselves. It’s not just how hot that whole abaya, headscarf and burqa-thing must be in a country where the temperature regularly exceeds 100 degrees Fahrenheit. It’s the notion that their physical selves are somehow shameful.

But that’s not the impression I got from this family. This was a family composed largely of girls, two of whom were professionals and a third studying for a career in communications.  Woman were respected here, that was clear.  It was a happy family – playful and welcoming to a very foreign visitor in their home. 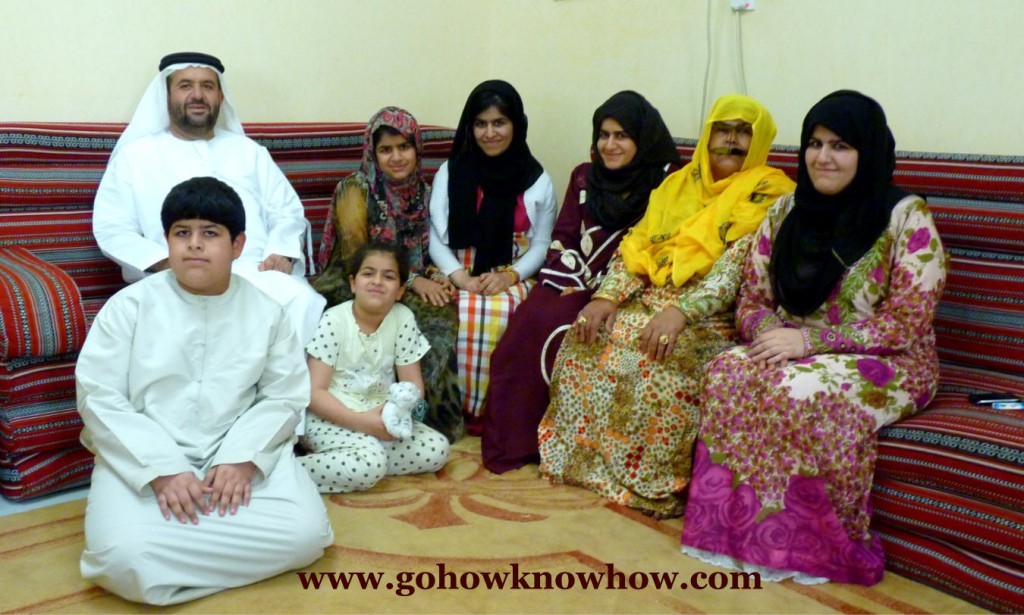 Look, I’m not going to get to the bottom of these very significant differences between my culture and their’s in a blog post. I’m not even going to try. I’m just saying that had I not gotten lost on that desert highway I would not have come upon this opportunity to get behind the mask and see how deceiving outward differences can be.

6 responses to “When Getting Lost Means Finding Something Special”