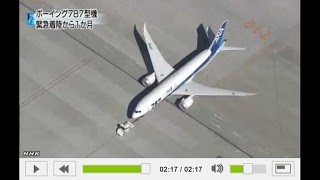 The Japan Transportation Safety Board  has rapid-fire found and diagnosed a surprise second battery problem on the All Nippon Airways Dreamliner that made an emergency landing on January 16th.  (The report in Japanese along with diagrams and photos can be found here.)

Yesterday it said two out of the 8 cells in the aft battery had “deformations or slight swelling of the stainless cases” based on scan images examined by the Japan Aerospace Exploration Agency. 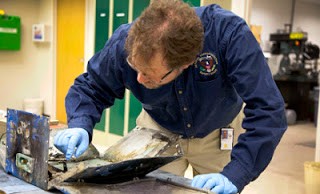 The NTSB examines the JAL battery

Remember it was smoke in the forward battery in the  E&E bay that prompted pilots to divert to Takamatsu. Associated Press is reporting that improper wiring of the battery to the APU caused the overheating damage.  (Whack-a-Mole anyone?)

When, oh when, will Boeing executives wake up from the never-ending nightmare that is the Dreamliner? I am imagining them with their hands over their ears repeating loudly to themselves, “nah nah nah nah nah nah…” just to drown out the latest news. 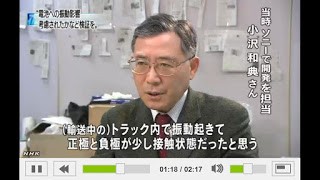 Over the weekend, my man in Tokyo, Takeo Aizawa, pointed me to a televised interview that aired in Japan with Kazunori Ozawa, formerly the product leader at Sony when the electronics company was creating the cobalt oxide formulation of lithium ion battery twenty years ago.

In his interview Mr. Ozawa said he’d experienced a short-circuit fire when transporting batteries on a truck. He attributed the fire to the battery’s vulnerability to vibration and wondered if this shortcoming could be relevant to problems with the battery in aviation.

It is worth noting that Mr. Ozawa has his own battery technology company now  producing a manganese-flavored lithium product he claims is less susceptible to over charging, over discharging or exploding. 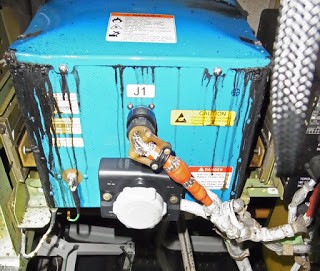 Who knows if Mr. Ozawa’s thoughts, or the deformations found on ANA’s APU battery are important to getting to the bottom of the problem? For sure we can say it’s more bad news for the embattled Boeing and just days into the company’s massive publicity refocusing campaign, complete with direct-to-you website with dazzling graphics and videos that speak reassuringly of Boeing’s expertise and the wisdom of the company’s selection of lithium ion to provide power to the Dreamliner. 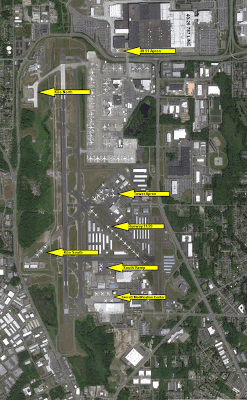 Meanwhile, the Dreamliners roll off the assembly lines in Charleston and Everett with nowhere to go but out on the tarmac, as I reported for Wednesday’s New York Times and as Matt Cawby diagrammed on his website. (Also check out Dan Terdiman’s Where’s Waldo guide to the 50 Dreamliners in service.)

Aviation Week’s Guy Norris is reporting today that Boeing will be approaching the Federal Aviation Administration with a planned temporary fix for the battery problem to at least get the airplanes flying while a more permanent solution can be found. 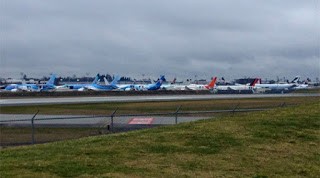 Don’t accuse me of being unduly harsh on Boeing. I’m a pussy cat compared to the report of analyst Richard Aboulafia of Teal Group. In two pages, Aboulafia explains he’s been forced to re think his prior opinion that when it came to the competition between Boeing and Airbus, “Boeing looked more competitive.” Now he’s suggesting that Boeing investors are “getting spooked by a company that seems to lack a proactive approach for dealing with a serious crisis.”

Where oh where will it end? Shucks, I can’t say, but Aboulafia’s predicting a six to nine month grounding. That’s  182 to 273 sleepless nights.