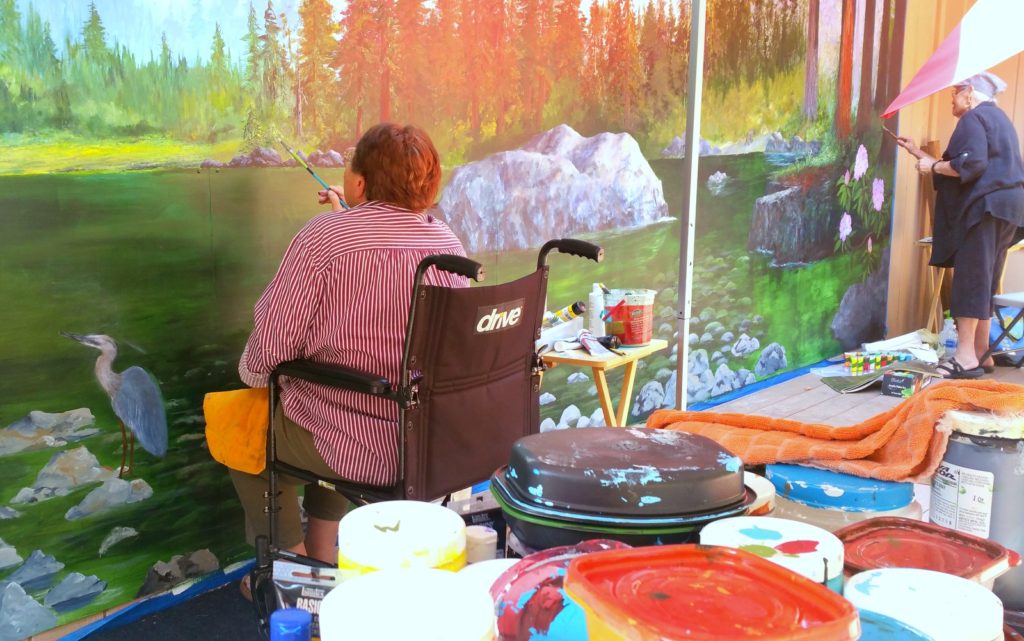 Doris Dalbec is making use of the wheelchair her recently-deceased husband no longer needs; rolling herself back and forth from paint-laden table to the side of the visitors center at Redwood National and State Parks in Northern California. Oh, she can walk alright, but there’s a lot of up and down and side to side action when creating a mural 36 feet across and eight feet high.

On the day I meet her, Dalbec was joined by Wanda Kirkpatrick and Nan Marie Stewart, three of many local painters who “leave ego aside” and work collaboratively on one enormous work of art. They are members of the Crescent Harbor Gallery and the Redwood Mural Society in Northern California and they have been commissioned to create a wrap-around mural for the Hiouchi Visitors Center just south of the Oregon border.

The Hiouchi along with 4 other centers draws as many as 700,000 visitors a year according to 2012 National Park Service report.  It is no surprise that close to a million people want to stop here. The redwood forests and groves are outstanding and the Smith River meandering along the northern end of the park provides eye-popping views whether kayaking on the river or hiking the trails above. 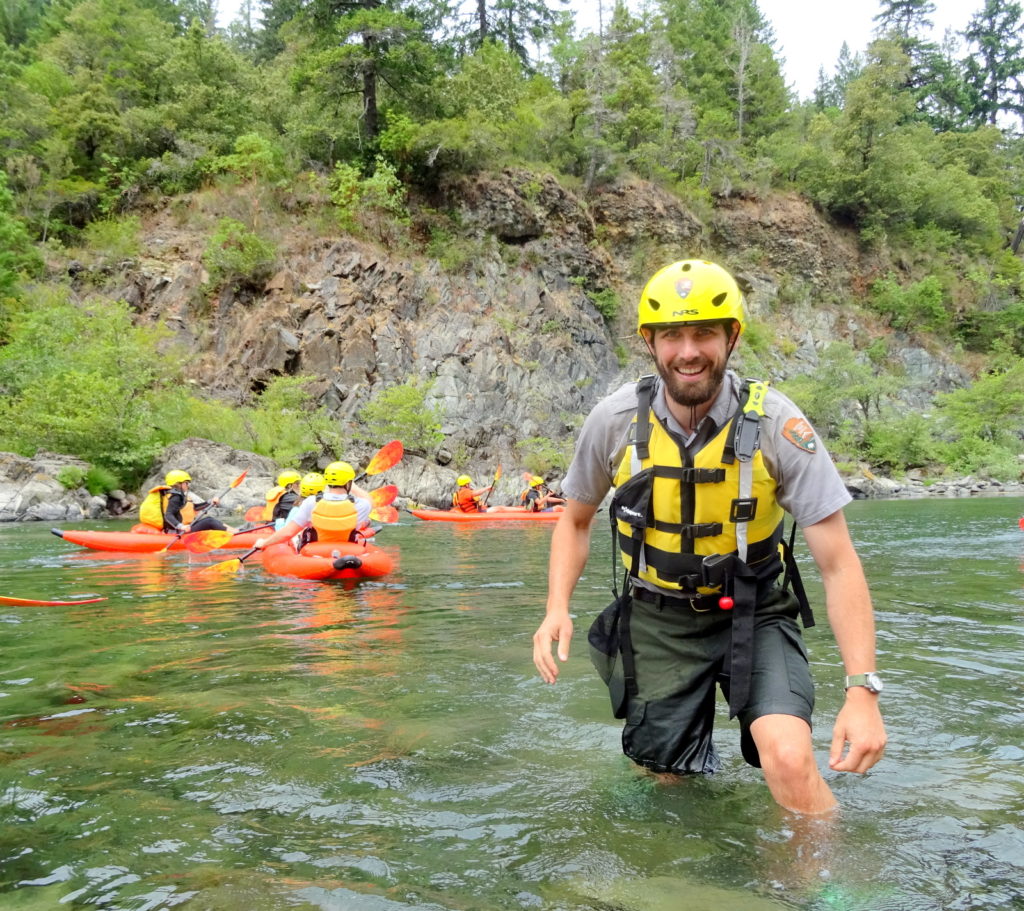 On a chilly day in August, I spent an afternoon paddling with 10 others, guided by rangers Brad Maggetti (in the photo above) and summer intern Brad Marciniec. Three hours on water so blue and clear I could count the rocks 10 feet below and I understood why Maggetti is so enthusiastic about the mural. Coordinating the mural was a project he added to his other ranger-duties.

This included making both indooor and outdoor workspace available for the painters and the four by eight foot panels on which they work and researching the history of the area including that of the original residents, the Tolowa Dee-ni’ Nation and Elk Valley Rancheria.

When the paintings are finished, visitors will see a panoramic view of the area’s treasures; rocky outcroppings, a glassy bend in the river and redwoods towering above a fishing heron and mountain lion. This is what Maggetti calls the  “mosaic of habitats” in the National Park and it should inspire you to embark on foot or by kayak for a three-dimensional look/see.

In addition to the three-scene paintings that will appear on the Hiouchi Center, another two dozen are on display throughout Crescent City, California. Many focus on the area’s famous (and sometimes storm-tossed) lighthouses while others depict beaches and gardens and nature both real and fantastical. 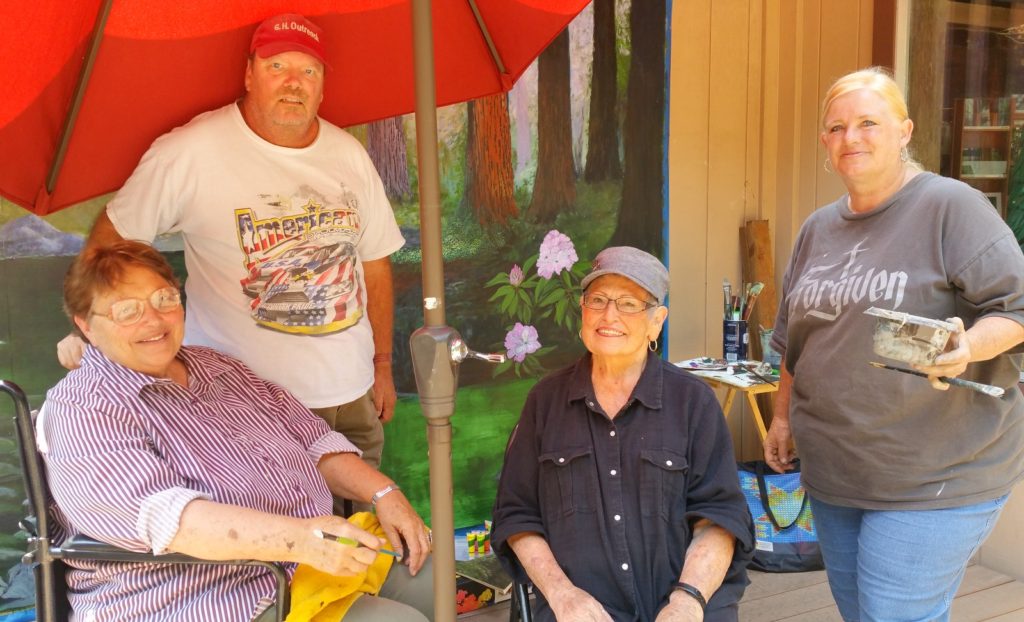