Demanding Chocolate On Every Flight 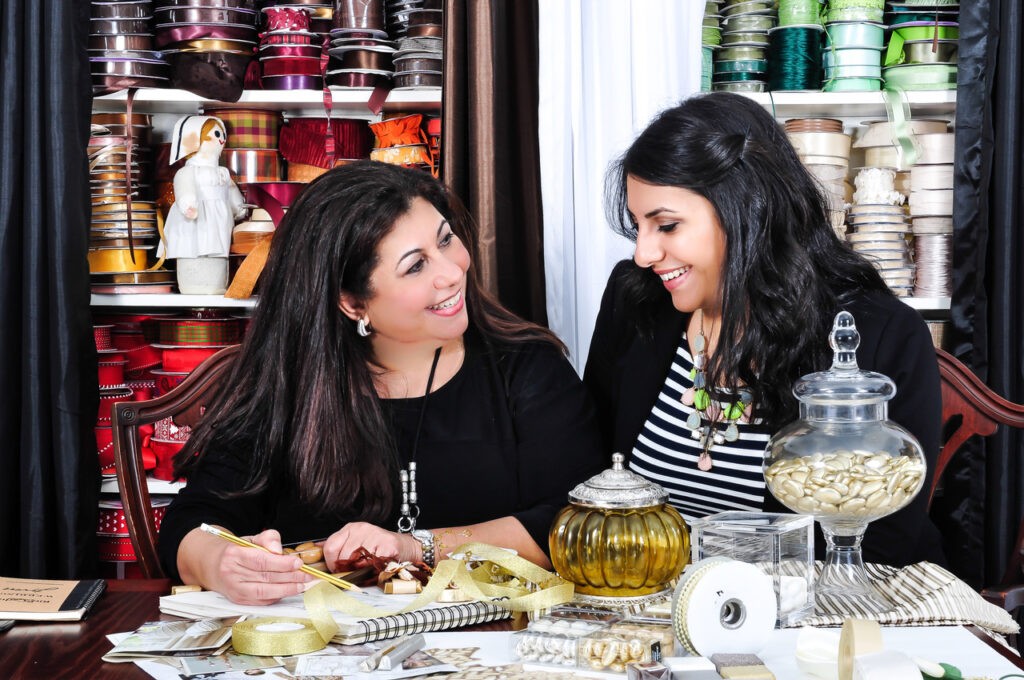 Like the perfect hostess she is, Lina Abdo can see the connections most folks miss. God bless her. On Friday,  she found a way to link chocolate, Veterans Day and travel at the 14th annual New York Chocolate Show.

Hundreds, nay thousands were packed into the Metropolitan Pavilion for the show, sampling chocolates in every conceivable size, color and flavor. But the two marines who wound up at the display belonging to Lina’s little business, Les Cinq Amandes, were treated to sweets, sweet thanks for their service and made to feel like rock stars.

Les Cinq Amandes, (French for the five almonds)  makes customized gift boxes and party favors and when we first met three years ago, Lina showed me this bon voyage-themed,  valise full of chocolates each wrapped like a little suitcase and packaged with Jordan almonds and a magnificent toy airplane.   Her updated versions designed for one or two travelers and not a 737 full of them,  look like this. 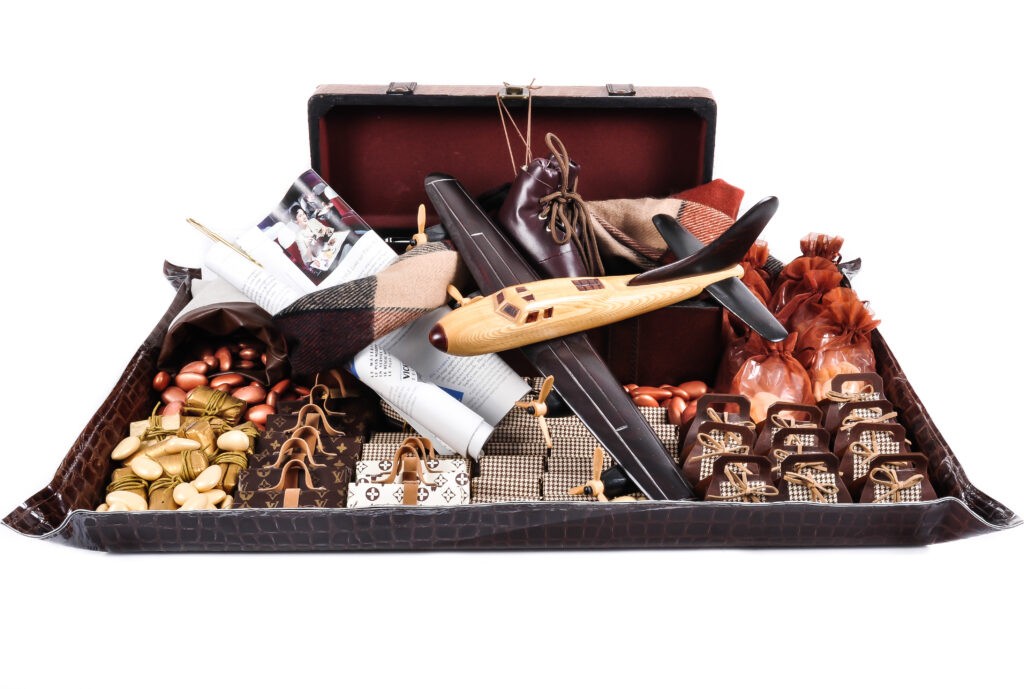 I’m always happy to see Lina, but that is not why I was at the show. I’d come to taste the chocolates Joe Whaley provides to the premium class customers on Japan Airlines. 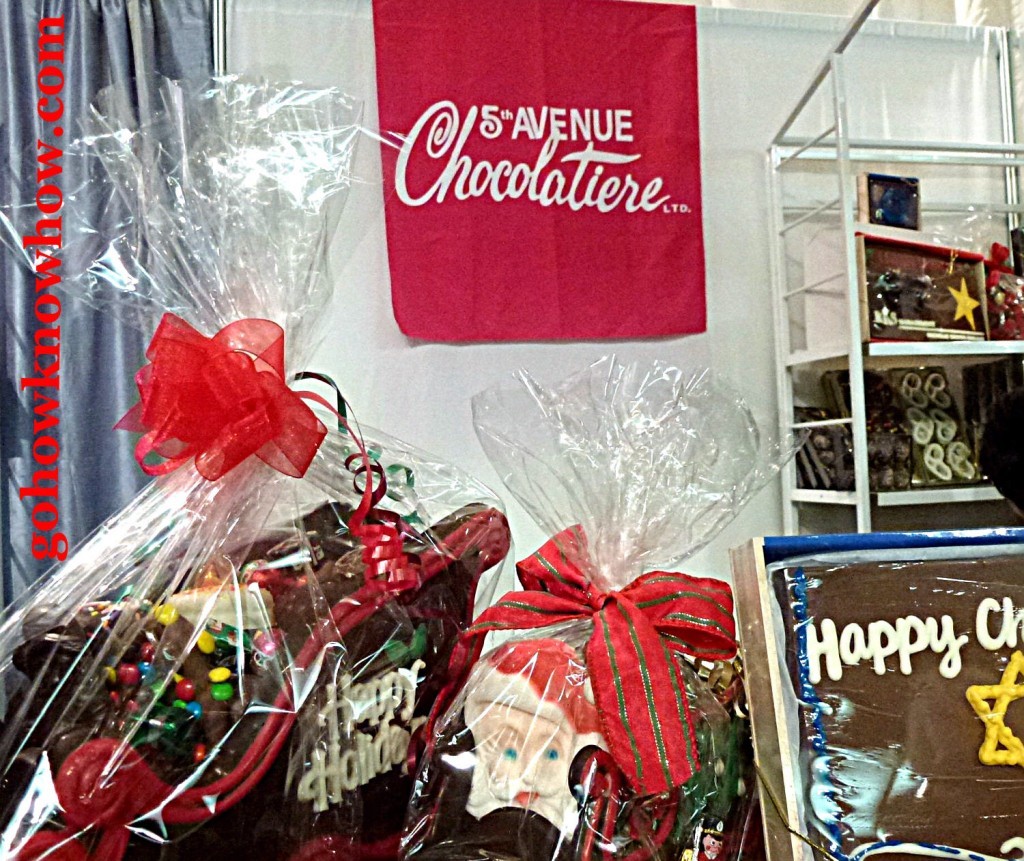 Cheery chocolates for the holidays

Joe’s 5th Avenue Chocolatiere had a beautiful booth at the fair, so I was surprised that when I asked to see the specific JAL product, I was guided past the brightly-decorated, the logo-embossed, the shiny polished candies to the small modest boxes in which sit squares of blatantly ordinary-looking truffles.

It was explained to me that the cocoa-dusting prevents any kind of decoration at all. One taste, however, and all other considerations become meaningless. JAL obviously knows its chocolate.

JAL, in fact, seems to have a thing for chocolate or its customers do. In September I received a press release that said that JAL’s premium economy customers had been demanding premium chocolate. (The 5th Avenue truffles are only available in business and first class.)

In response to this “demand”, JAL announced it would be offering candies from the Japanese company Uchi Cafe Sweets. I’ve made a few requests to airlines in my time, but it never crossed my mind to demand chocolate. (Hello Delta! Are you listening American?)

Among hard-core chocolate aficionados there seem to be some who plan their travels around chocolate, and I don’t just mean the Japanese who weigh on-board candy as a factor when choosing an airline.

How else to explain the crowd around the video at the booth of Massachusetts-based, eco-friendly Taza Chocolate featuring the Cotton Tree Lodge? This is a resort in Belize that offers a special Chocolate Week in March. During this event, tourists can go deep into the jungle to help harvest cacao plants and then spend time learning what the indigenous people do with this bean that the  Swiss, Belgians and French have probably never imagined.

I blew right by the wine merchants peddling products to compliment chocolate but being Puerto Rican and all, I did think it appropriate to try each of the three Puerto Rican rums on offer. Cuban sisters, Victoria Rivery and Gypsy Allan had the same idea. 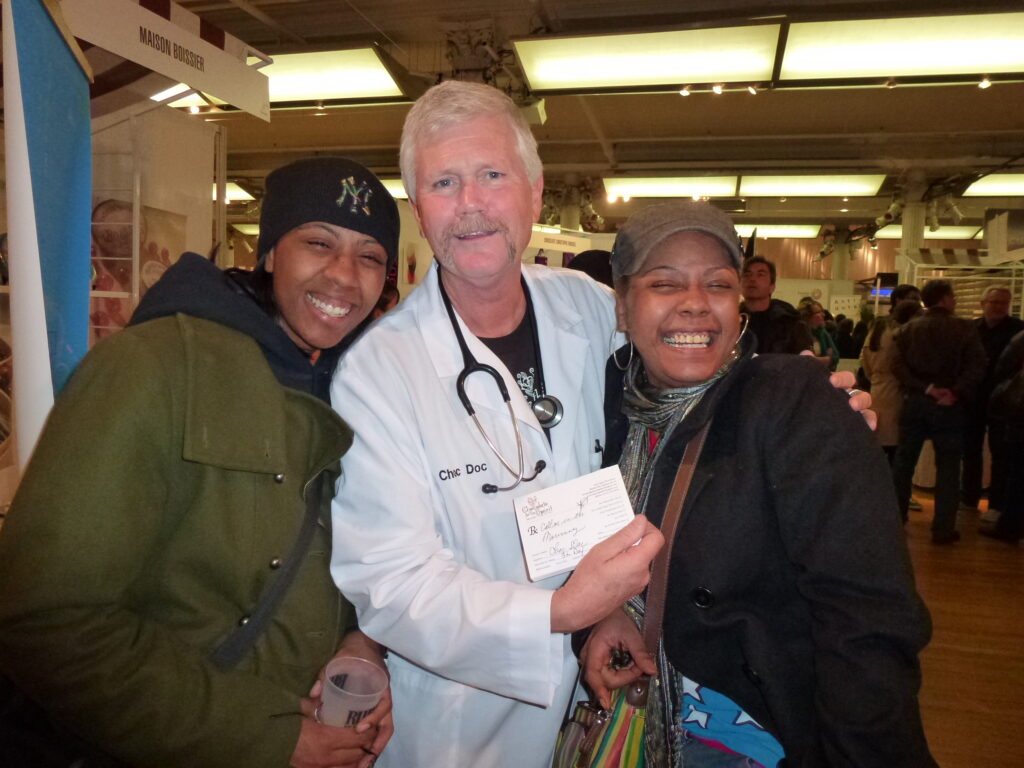 Victoria was treating her big sister to unlimited amounts of seriously good chocolate knowing that is the recipe for a very happy celebration. It must be because as we stood there talking, along came Dr. Chocolate who wrote her a prescription ordering the very same thing.

Other finds at the show Chocolate dress anyone? 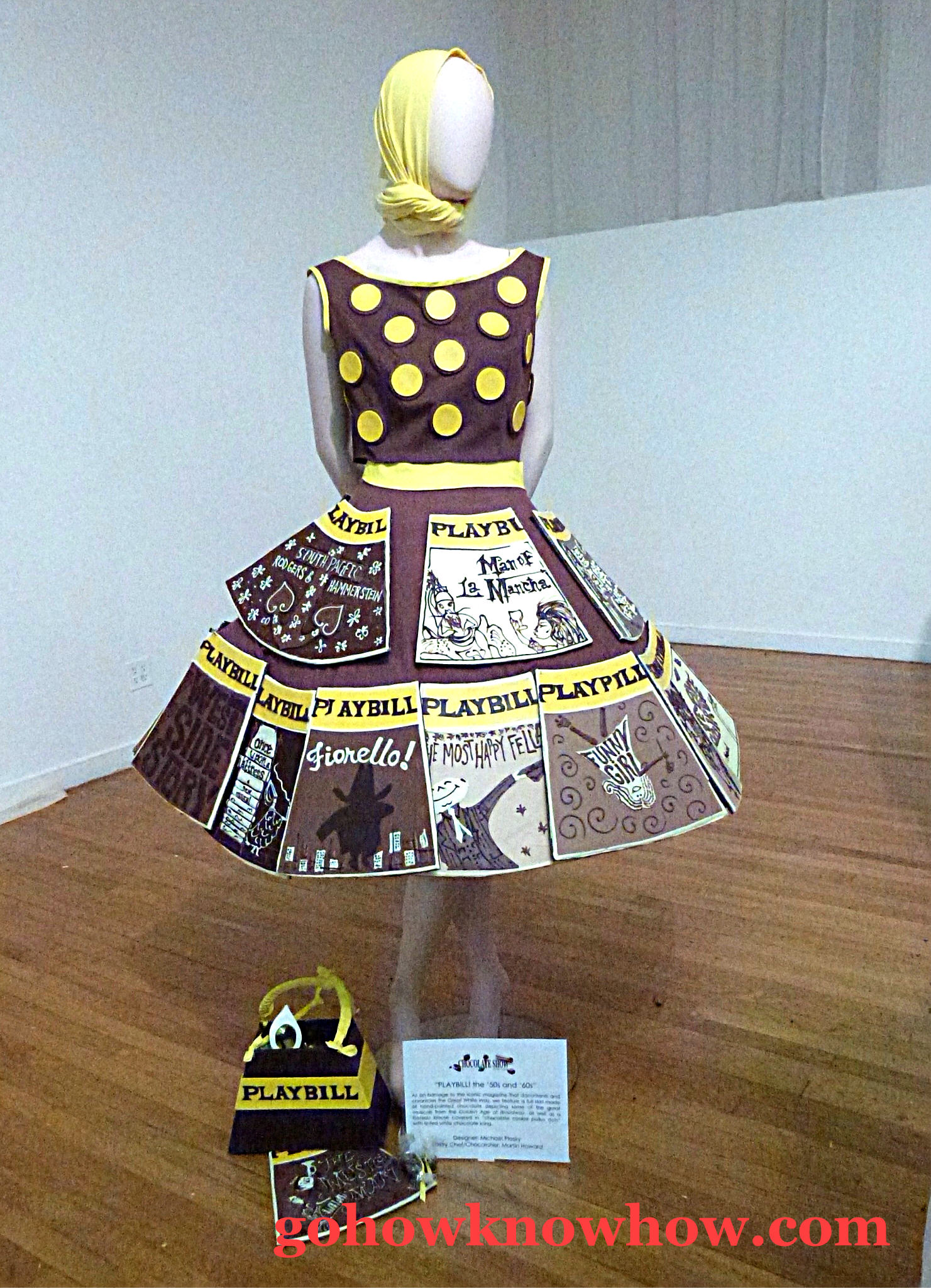 Yeah, but how do you sit down in it?

Yes, I know this is peanut butter, but its Peanut Butter & Co. peanut butter which makes it honorary chocolate as far as I’m concerned. 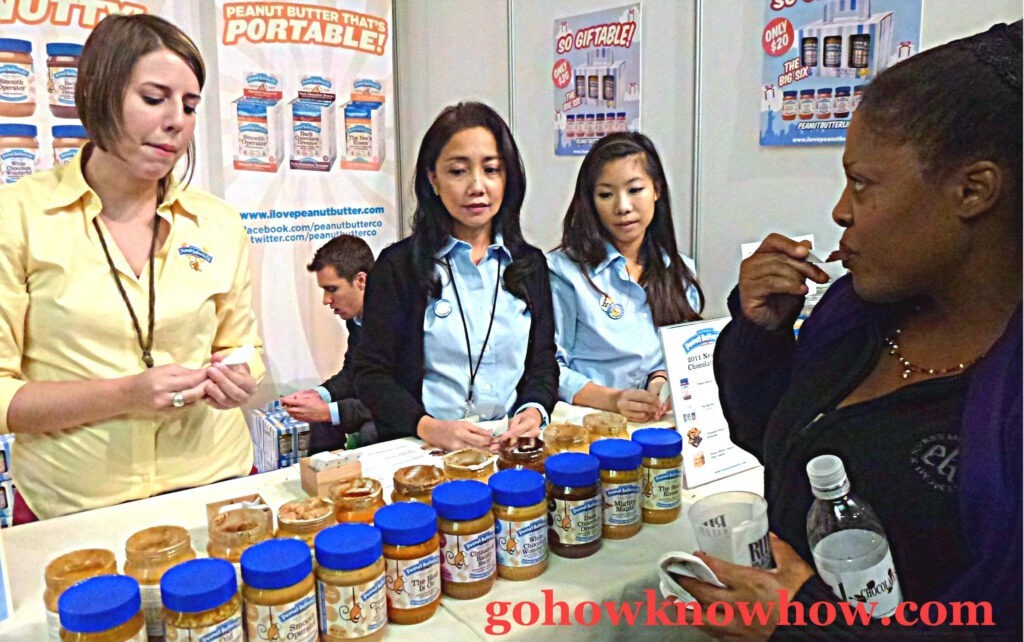 Arabic sweets, chocolate, pistachios, wheat, honey. I’ll take a prescription for one of each. 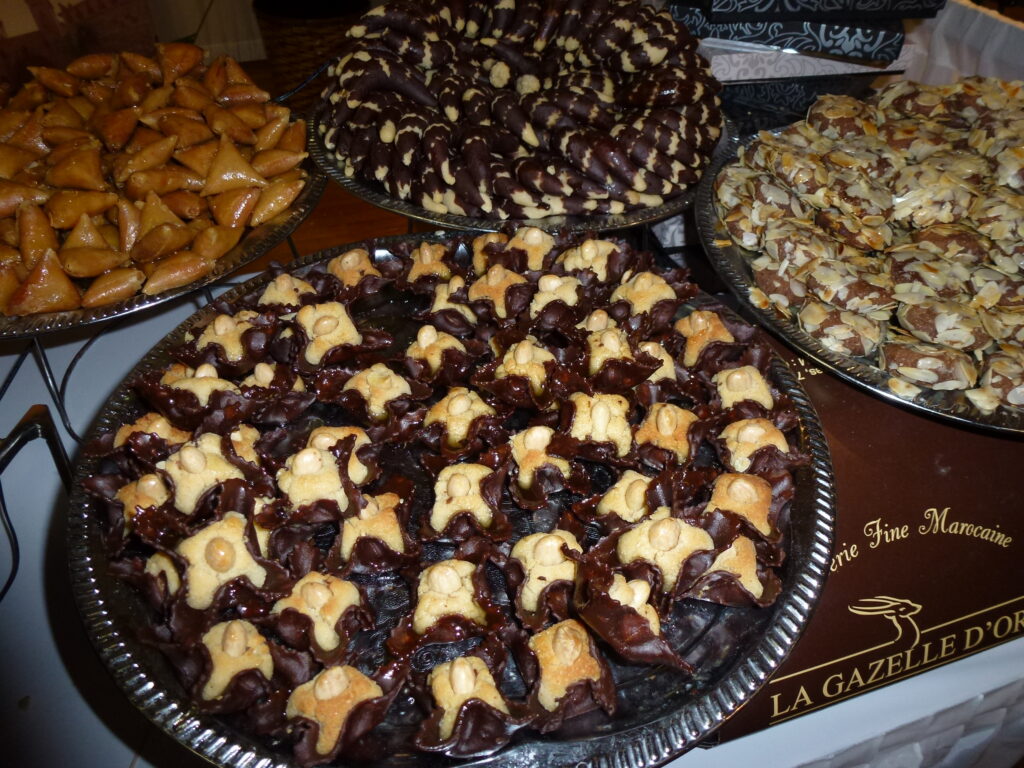 Arabic desserts some with chocolate, some without. Ma sh’allah

One response to “Demanding Chocolate On Every Flight”