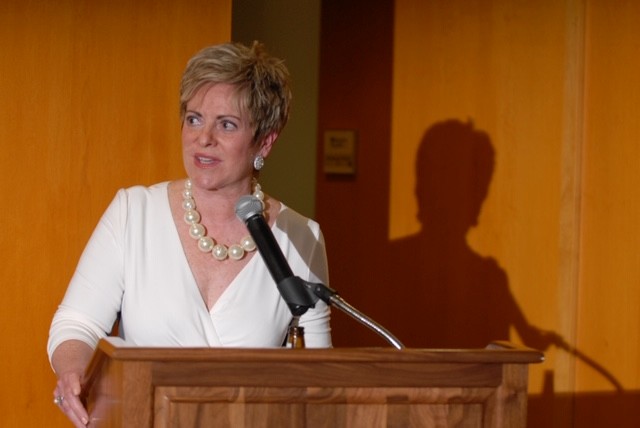 In her career as a lawyer and law professor at Washington College of Law, my sister Lee Negroni mentored many aspiring professionals. But how far —and how long — do ripples of inspiration travel? Recently, she came across a packet of thank you letters she received in 1993 after speaking to elementary school students in McLean, Virginia.

I suspect Lee, who specialized in mortgage finance law, did a great job explaining her work to the 7-year olds. In one of the notes from the students, Christopher Herring wrote that he also wanted to “work and solve peoples (sic) problems”.  Eleanor Ennis said that her “dad is a lawyer” and accompanied that news with a drawing captioned as her dad’s office building though she pointed out in lawyerly fashion how the purple mid-rise was not the right color nor did it look like his building. 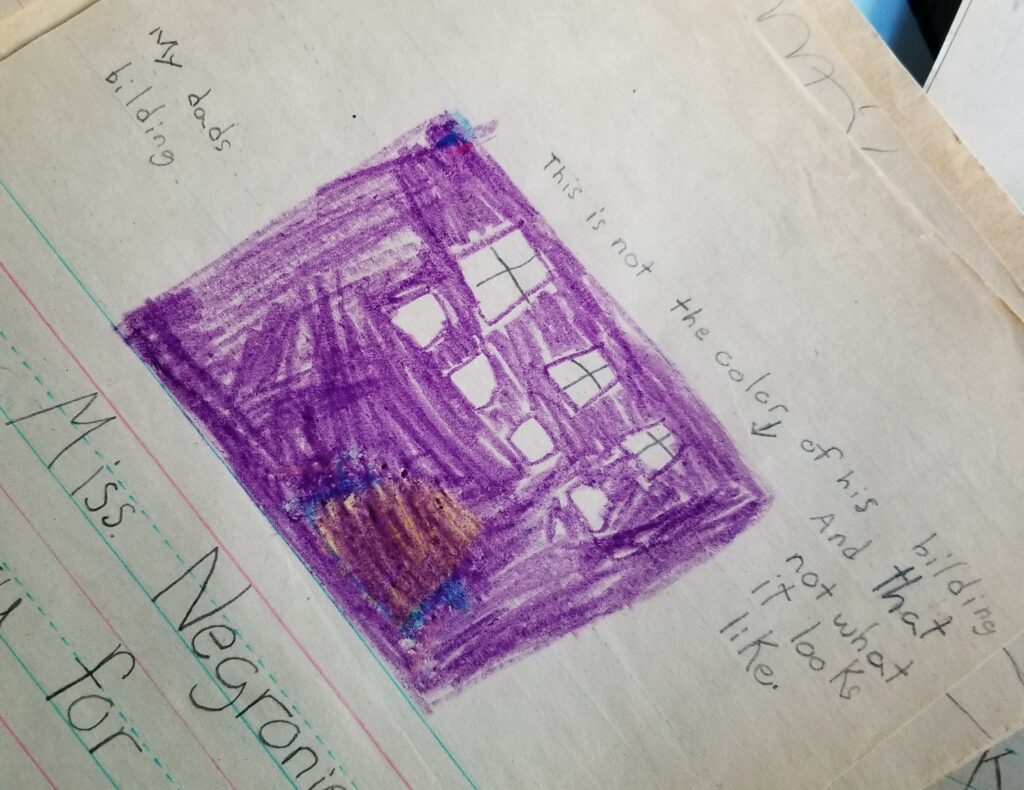 Samantha Kate’s takeaway from Lee’s talk was straightforward. “I never! New (sic) that a lawyer did that much work!”

The law was not the only thing that impressed the class at Chesterbrook Elementary. Lee’s out-of-town business travel caught their attention. Andrew Co asked in his letter, “Can a layer (sic) work on a plane?” 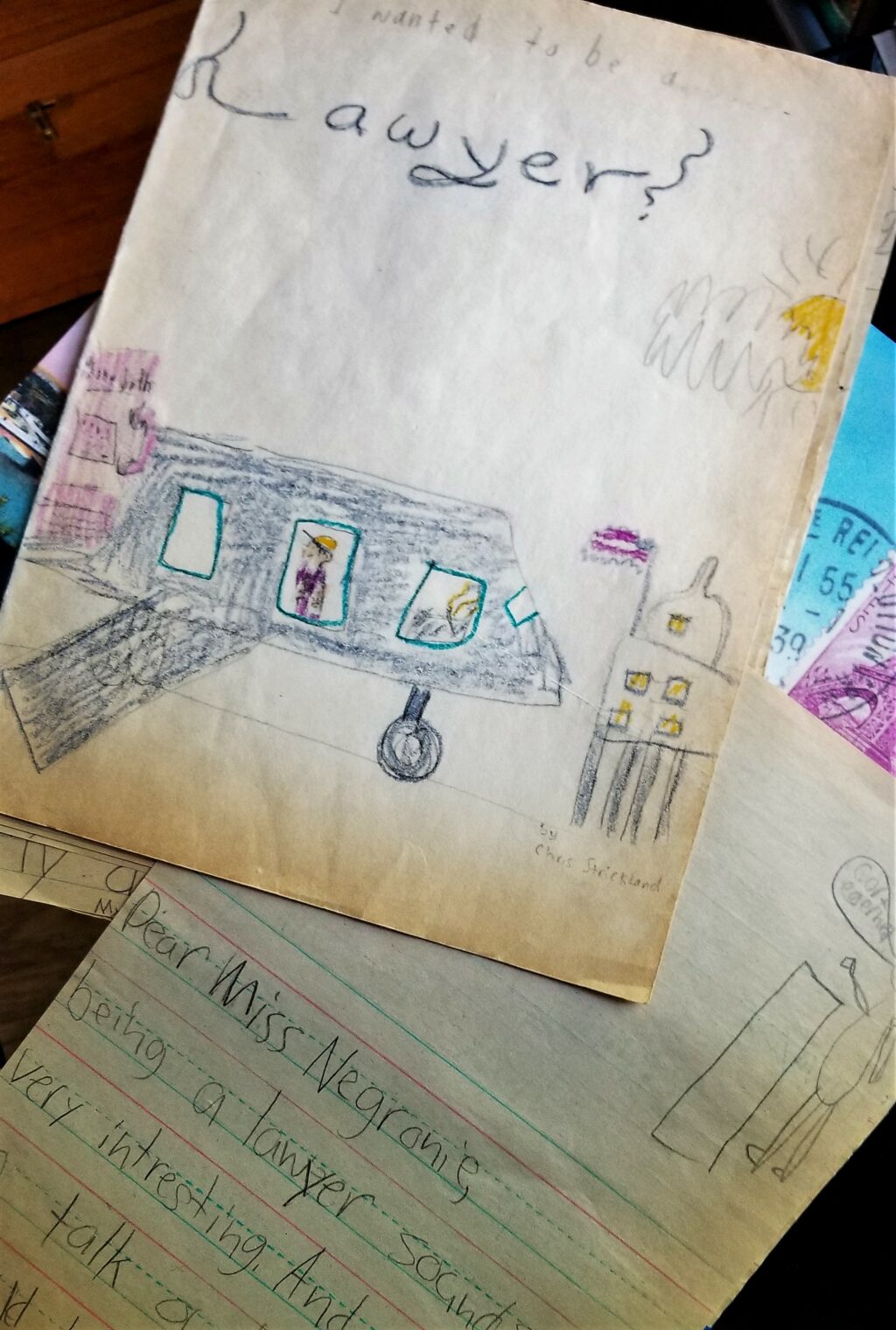 The letters to Lee arrived wrapped in a decorative cover designed and illustrated by Chris Strickland, who was the student who invited Lee to speak to his class. Strickland captioned the binder, “if I wanted to be a…Lawyer?”  and centered on the page is an excellent drawing of an airliner with a telephone booth at the tail. A passenger is disembarking at the U.S. Capitol under a sunny sky. I like to think the image reflects the optimism of children anticipating bright futures and limitless options.

That certainly seems to be the view of the writer of the longest letter in the pack. It is unsigned so I may never learn if this student accomplished all of his or her many goals but doing even half of them would be notable.  It is transcribed below exactly as it was written.

being a lawyer sounds very interesting. And I love to talk on the phone. And I would like to solve peoples problems when I grow up.

More than 25 years ago, this child described a big dream that I hope is still in the process of coming true.  And to all children who look at the world with hope and aspire to careers in law, aviation, writing or maybe all three, Lee and I urge you to keep your eyes on the sky.