Food That Nourishes the Traveler’s Soul 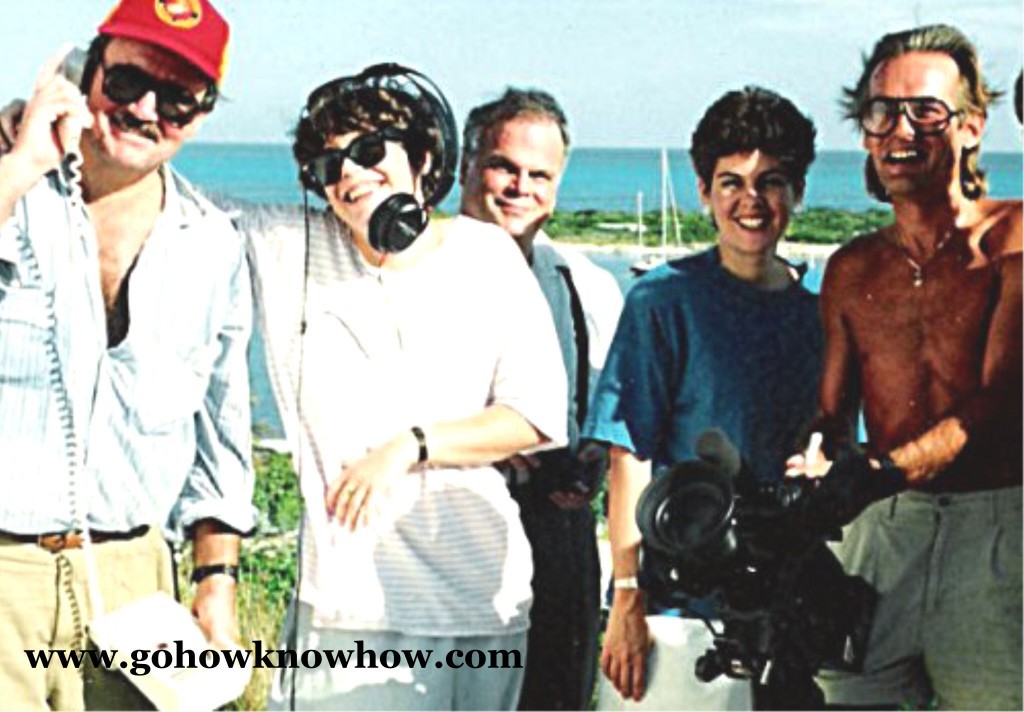 With colleagues at CBS News in 1989

When I worked as a correspondent for CBS News I traveled quite a bit. My husband Jim, who likes to travel but LOVES food, used to research my destination using the Sterns’ Road Food Good Food guide. Then he’d call me on the road and tell me where to eat. I know you’re thinking, “Well, where’s the fun in that for him?” But he wasn’t with me, so eating vicariously through me was the next best thing.

There’s no book in which my dining experiences on my most recent trip would be featured, but if Jim had come along, he would also have loved my “finds”.

While in Abu Dhabi, I found myself one night wandering around on a fruitless search for Arabic food in a country largely populated by non Arabs. The closest I could find was a shawarma shop in a Pakistani neighborhood. Actually, I suspect the restaurant was owned by a Syrian because it had  “Shams” in the name and featured a drink made of lemonade with chopped mint, a specialty I’ve had often in Damascus. There was no other sign, however, of a Syrian on the premises. 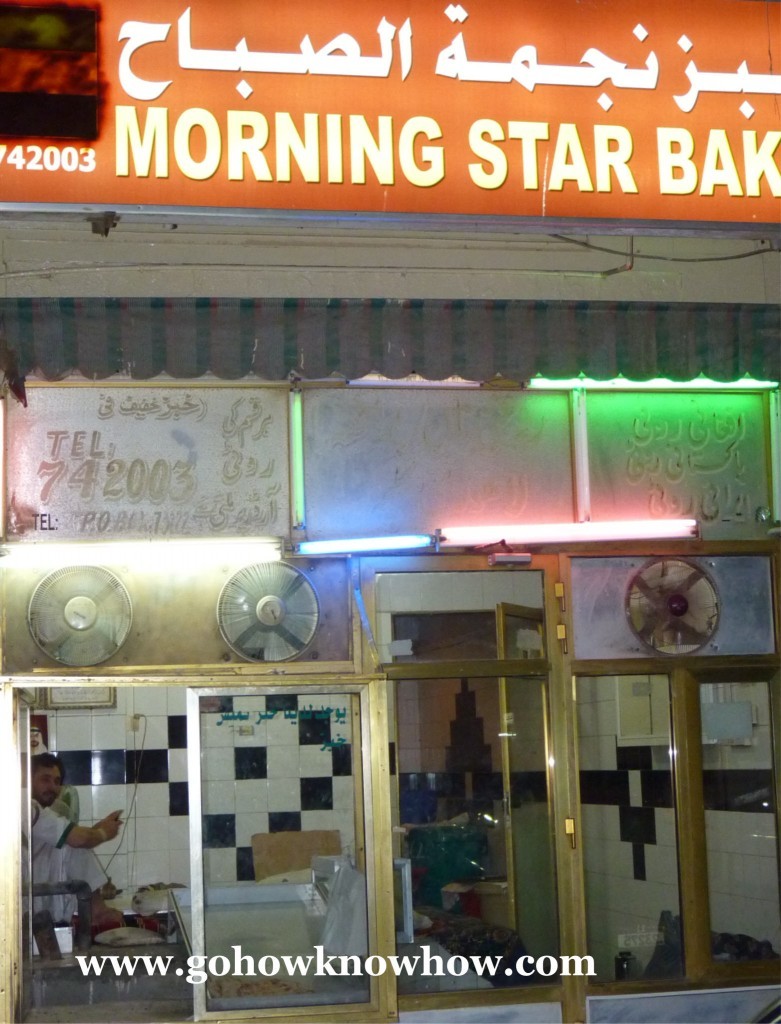 And while the lamb was tasty, this isn’t the experience I want to share with you. I want to write about my visit afterwards to the bakery down the street.

In a hellishly hot space not much larger than an American walk-in closet, two Afghani men were squatting on an elevated platform, above a cylindrical oven the size of a washing machine drum. Despite the heat they worked at a pace reminiscent of the candy factory scene from I Love Lucy.

Faisel kneaded flour into loaves and gave them a preliminary roll with a pin before tossing the disks to the second baker.  Gulamohammed turned the sandwich-sized patties into thin platter-sized sheets and smacked them onto the heated sides of the oven over which he was perched.

There was no stopwatch, there was no timer. There was only me distracting them with questions they could not understand, and a line of hungry customers lined up outside the door.  And yet, just in time, each loaf got the baker’s attention. It was removed from the oven with a quick stab of the tongs. A flip of the wrist and the bread went flying into the chute out the window and into the waiting bag of the customer at the head of the queue.

I was too full from my shawarma to even sample the bread but I was there first thing in the morning – dirhams in hand. Keep your fancy omelets and high-end muffins. This is my idea of breakfast. 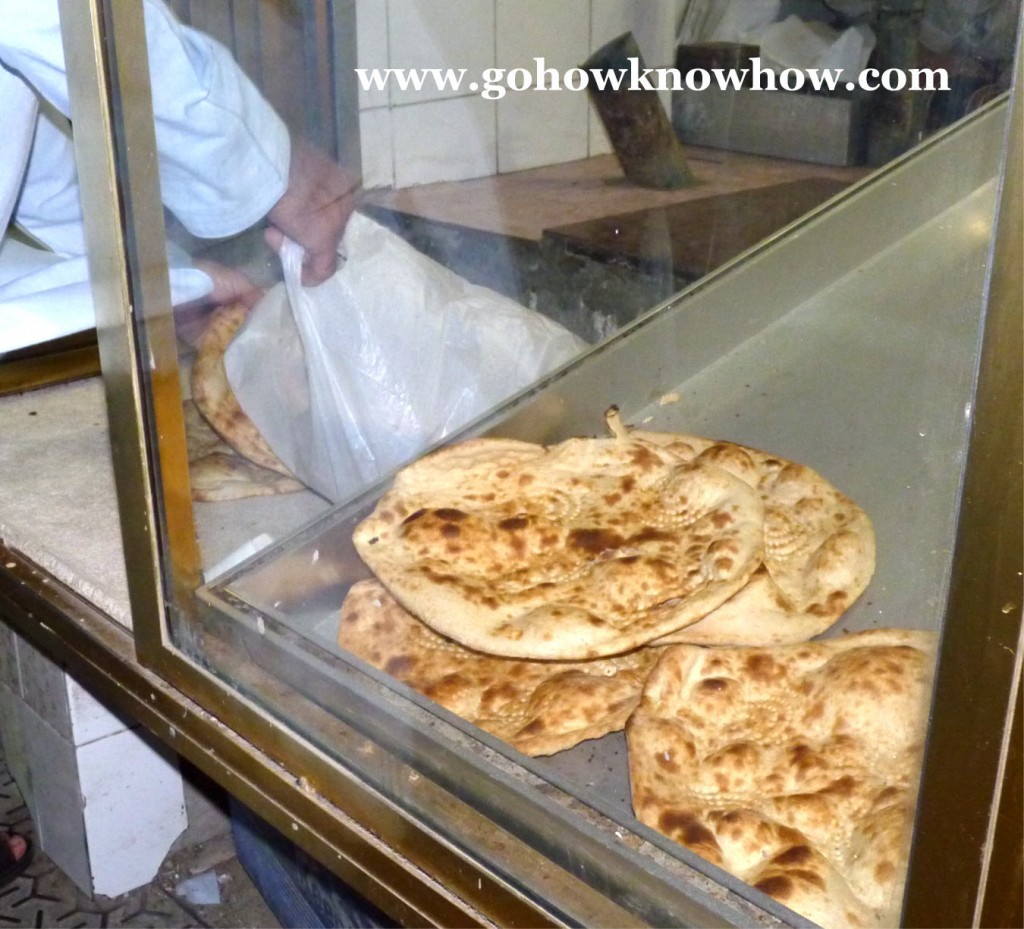 By coincidence the other memorable meal on this trip also was breakfast, and it was also sub continental cuisine though not by choice. The day I had to check out of the (not-so-nice) Fragrance Hotel Singapore, it was pouring rain, so I dashed across the street to the first place I saw that was open. 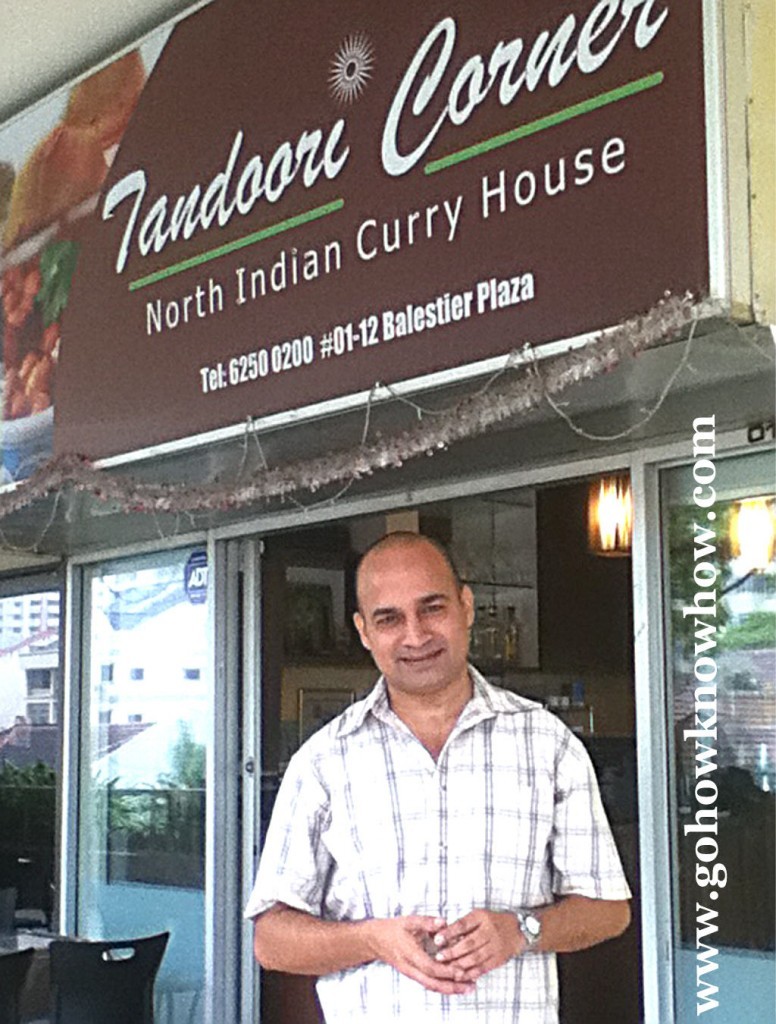 Under ordinary circumstances would I have chosen a curry shop for breakfast after traveling 20 plus hours from New York to Singapore? Probably not.  But this is a lesson in keeping an open mind.

The lovely man you see in this photo is Surender Singh, the proprietor of Tandoori Corner. As it turned out, his restaurant was not yet open, but never mind, he was happy to fix me up with something just right for a warm and stormy Sunday morning.

Before Surender retreated to the kitchen to make my breakfast he provided me with his wifi key so I could skype home using my iTouch.

As the rain made a racket on the rooftops of Singapore and steam rose from the streets, husband Jim and I had a virtual visit. He, remembering his days in the Navy when Singapore was a regular stop and me panning the camera from street to hotel, to Surender arriving at my table with plates of nan, sweet and tangy lentil soup and a milky, spicy tea with which to wash it all down.

This is how my six-week work assignment across Asia began, with the gentle and generous ministrations of Surender Singh, who refused to allow me to pay for the breakfast and sent me on my way with a farewell – administered with his right hand placed over his heart.

God willing I may encounter Surender again and perhaps I will one day have another chance to eat the bread cooked with such practiced workmanship by Morning Star’s bakers, Faisel and Gulamohammed. But even if I do not, the food they prepared for me is part of the communion of new acquaintances that is my favorite thing about travel.

2 responses to “Food That Nourishes the Traveler’s Soul”