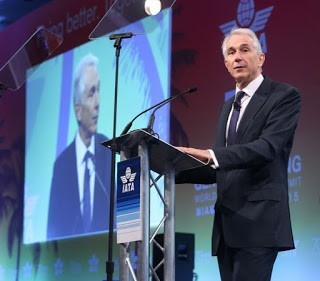 Writing from Miami – It seems strange to me that under the guidance of the soft
spoken and urbane Tony Tyler, the airline industry should be experiencing its
strongest growth and profitability but there you have it. Just four years after
the former chief of the International Air Transport Association, Giovanni Bisignani nominated himself the best director general of the association ever in the pages of his
book, Shaking the Skies, in waltzes his polar opposite and actually sees much
of  Bisignani’s big wish list getting accomplished.

Yes, it’s a happy group of global airline bosses here in
Miami and why not?

Tyler may be steering a wise course, but there’s a happy confluence of factors leading to the accomplishment of first two
items on the list. The emerging economic strength of developing regions of the
world like Asia Pacific and South America is a large part of the booming demand
for air travel. 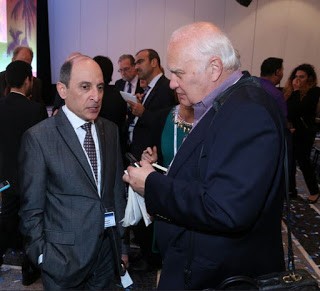 The Gulf carriers with their jumbo jets and sparkling new
airports, who are grabbing bigger slices of this pie also claim to be making a
bigger pie and not just in their turf. This is how many New Yorkers now find
themselves flying Emirates to Milan for a 3 day weekend. Credit too, to the low cost
carriers, Norwegian, EasyJet, JetStar, among them for creating new flyers with
their too-low-to-say-no fares. 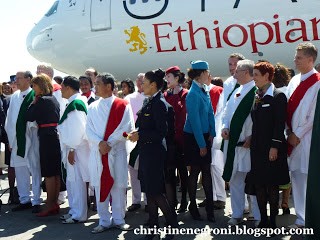 Ethiopian gets the 787 and joins Star Alliance

And as I
reported a few years ago for The New York Times,  export credit loan guarantees for new airplane
purchases have turned many airlines in less affluent nations from hangers-on flying
American cast offs into airlines with young fuel-efficient planes to rival any
first world country; Copa, Royal Air Maroc and Ethiopian being just three
examples.

Leveraging the power of the public’s increased appetite for
air travel (and yes, I realize this is a 2 edged sword) airlines are getting
smarter about how they sell seats and other services. Travelers may grumble but
gosh almighty, they do want to fly. So baggage fees, change penalties and higher fares aren’t
pushing down demand just raising airline profitability.

At a briefing on
airline economics at IATA’s annual general meeting yesterday, Brian Pearce told
us for the first time since the trade association started keeping track, the
industry’s return on investment was higher than its cost of capital. This is
common in other industries, he said, but not in aviation.

Which leads to the next notable development here at the IATA’s
71’s annual meeting. Airlines seem to be grasping with both hands and a new zeal
to regain control of their industry from all the players who feed at its trough.
Government restrictions and taxes, sure, but another example is the new
campaign by Lufthansa, Delta and others to re-direct travelers to the airline’s
own ticket sale venue rather than online travel agents. 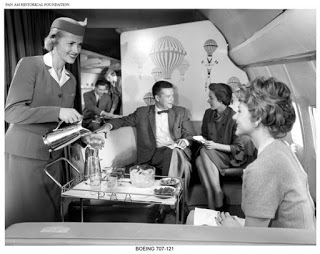 Here in Miami, where Pam Am ruled the skies for years, I am
reminded of its legendary boss Juan Trippe, who like other aviation executives of
his era swaggered through the halls of power calling the shots and telling governments how it was gonna be. That’s a
distant memory for today’s beleaguered airline chief who answers to many
masters.

But as profits rise and newer,
fuller planes take to the skies, success seems to be in the wind. If Tyler’s message isn’t significantly different from Bisignani’s, his
methods and the lucky convergence of world events are providing a more effective route to achieving
airline goals.