Spring Sights, Sounds and Smells, Coming Soon to a Garden Near You

For those awaiting the arrival of spring, the place to be is the Biltmore House & Gardens in Asheville, North Carolina. Over ten square miles you will find lush green hills dotted with still-bare trees whose branches are tipped in white, pink and purple. This vista of life rejuvenating convinced me that winter may finally be coming to an end.

The six Biltmore gardens sit below America’s largest private residence, the place George and Edith Vanderbilt called home in the early 20th century. In early April, tulips create a riot of color barely restrained within the garden’s stone walls.  From this point of view, the 180,000 square foot Châteauesque-style mansion is simply an accessory. In a well-designed garden every sight, sound and smell is part of the experience.

Southwest Connecticut,  where I live, sits on bedrock layered with the results of a glacier that passed through millions of years ago. This results in rocks being pushed up through the soil so regularly that the stones are called “New England potatoes”. 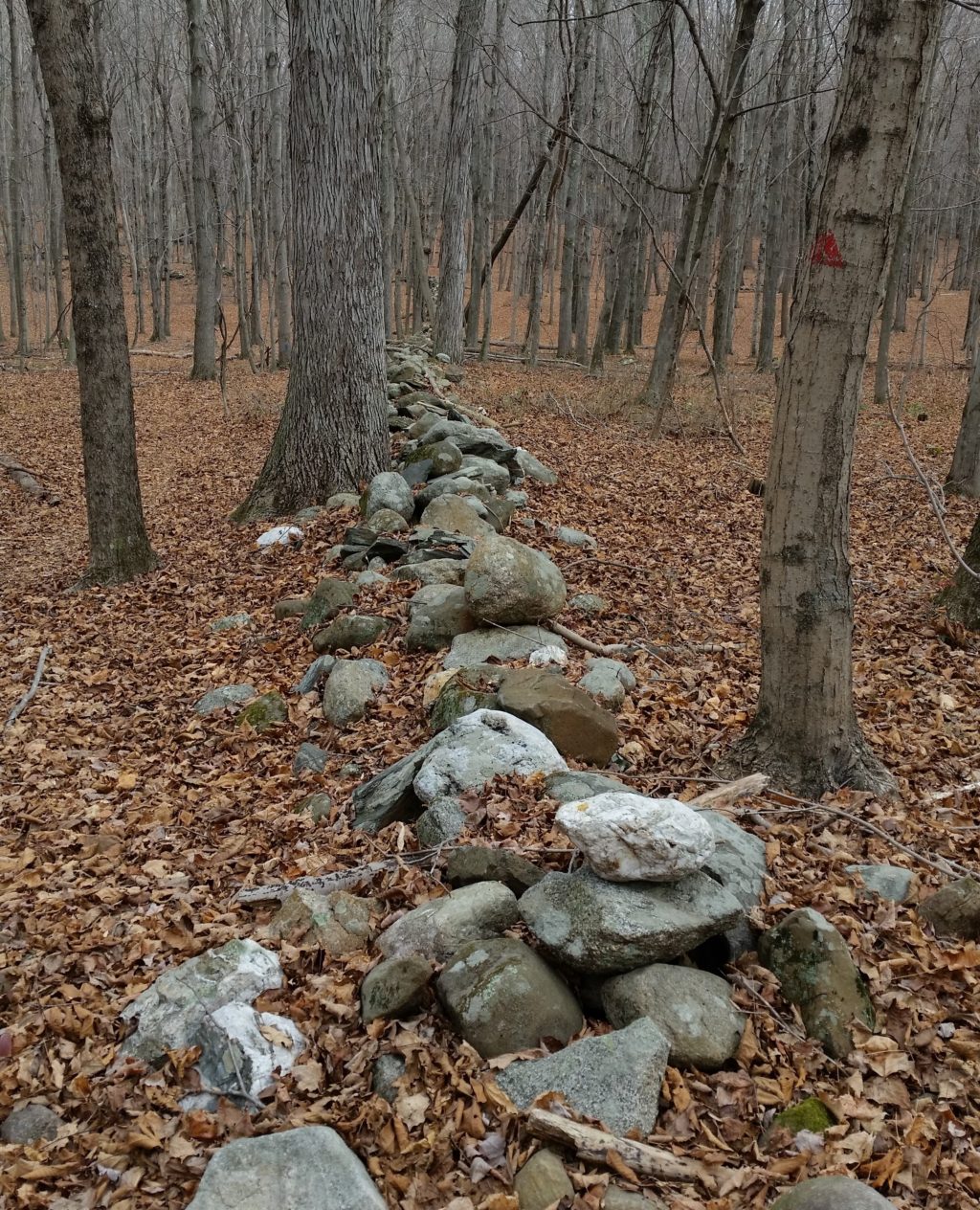 This bit of geological history explains why we have so many stone walls and homes. If you see beauty in rocks, this is a very nice place to live.

Last fall, while restoring the stone wall in my back yard, Pasquale Pilato a mason and stone artist, uncovered some beautifully shaped rocks. Those he could not find a spot for in the wall, he set aside because I had an idea to construct a fountain for my garden, using as the centerpiece, a large piece he pulled out of the dirt that was shaped like a large slice of pie. 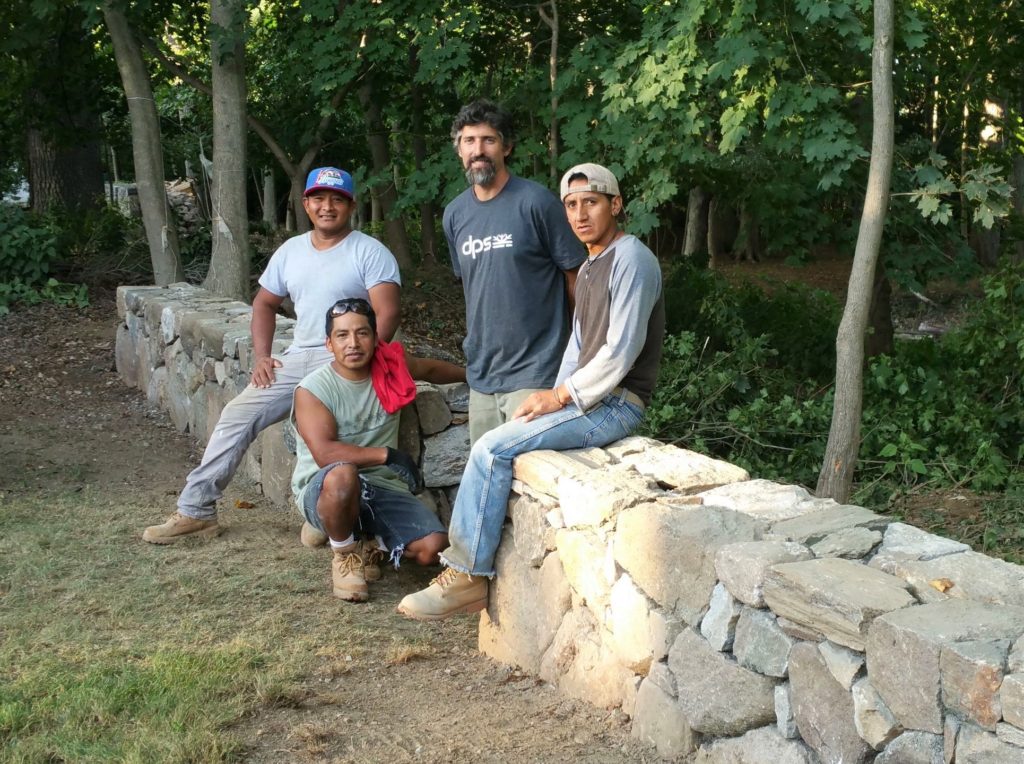 The rock was a natural shelf, about 5 inches thick and mostly bluish grey though at the top it was mottled light brown and yellow.  I had no firm idea what the fountain would look like, but the minute I laid eyes on this piece I was imagining how the water would splay over its fan of stone.

I’d selected four large pillowy rocks on which to set the shelf. The top rock was the challenge. We tried several. The one shaped like the number 7 was intriguing but didn’t look right when viewed from many angles. The tall beehive rock Pasquale deemed too beautiful to risk drilling through, so we set it in the garden to be admired just as it was. 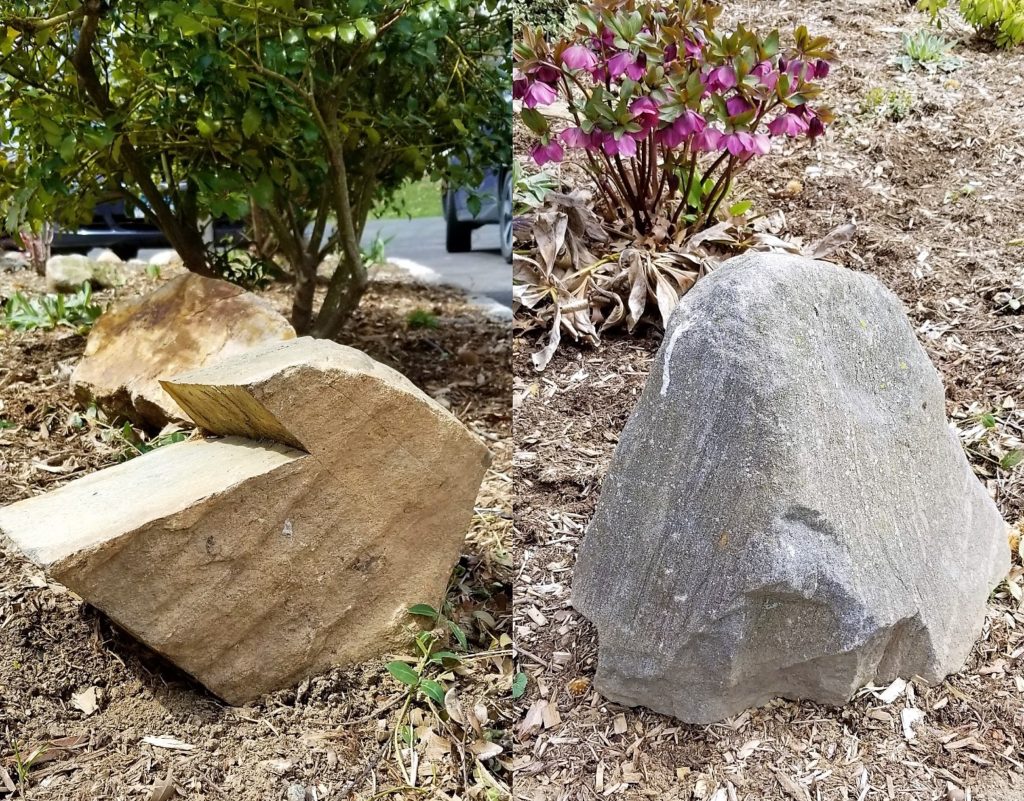 I settled on a top rock that looked like an anvil, squat with ridges from centuries of compression and an intriguing dip at the front.

Pasquale drilled the holes and the real work began as we positioned each level then walked around it to see it from different vantage points. I’d see the fountain from the front of the house, guests from the walkway and passersby from the street.  It had to look right from all angles. 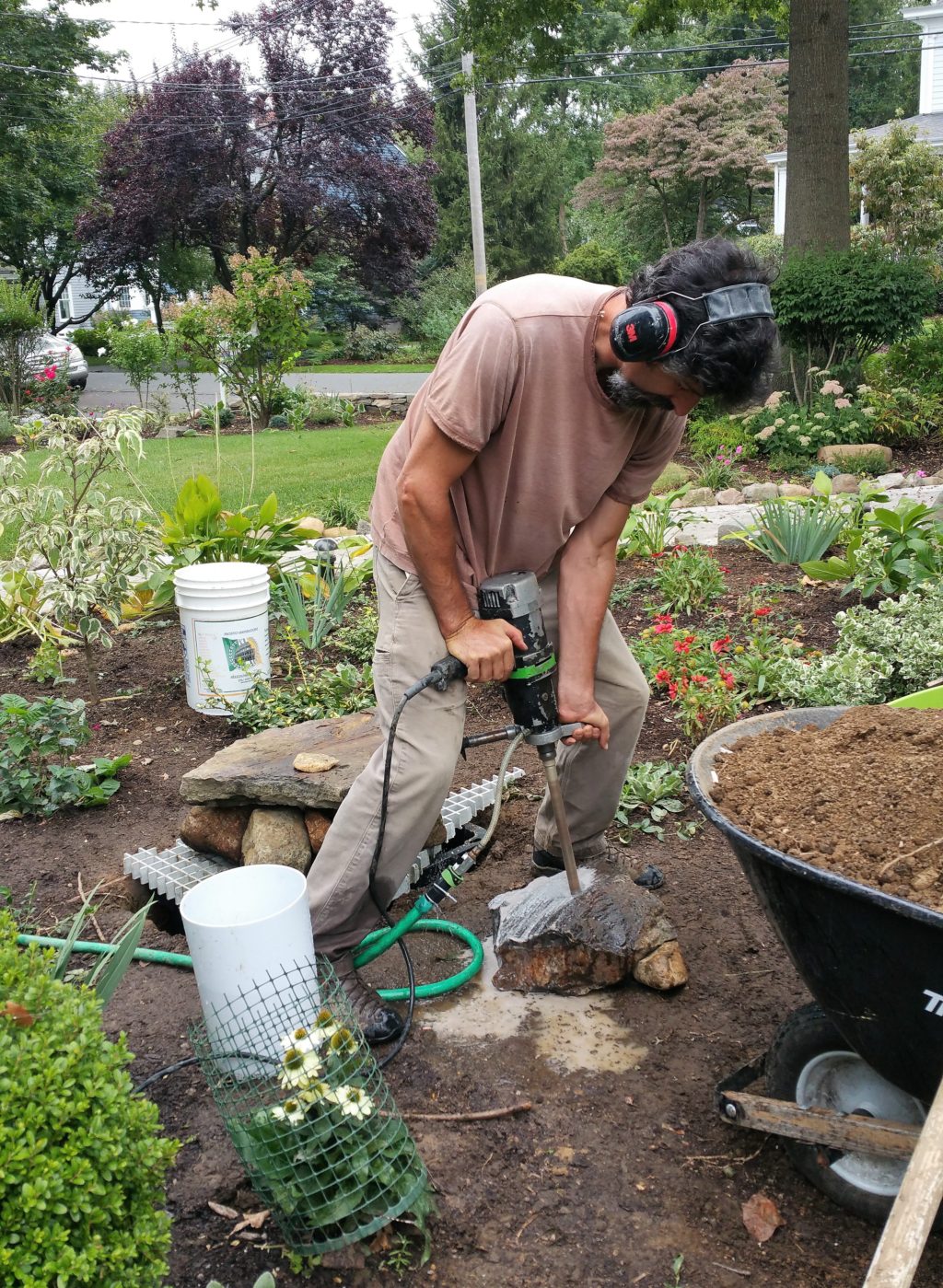 Design complete, it was time to test how the water flowed.

The surface of that fan was not at all level and water ran erratically requiring us to position and re-position the supporting stones until the water running pleased the eye and ear. Equally important the spill had to drain into the tub below ground for re-circulation through the pump. This was definitely a two-person job and not just because those rocks are heavy. Pasquale’s artist’s eye guided my design and placement decisions. 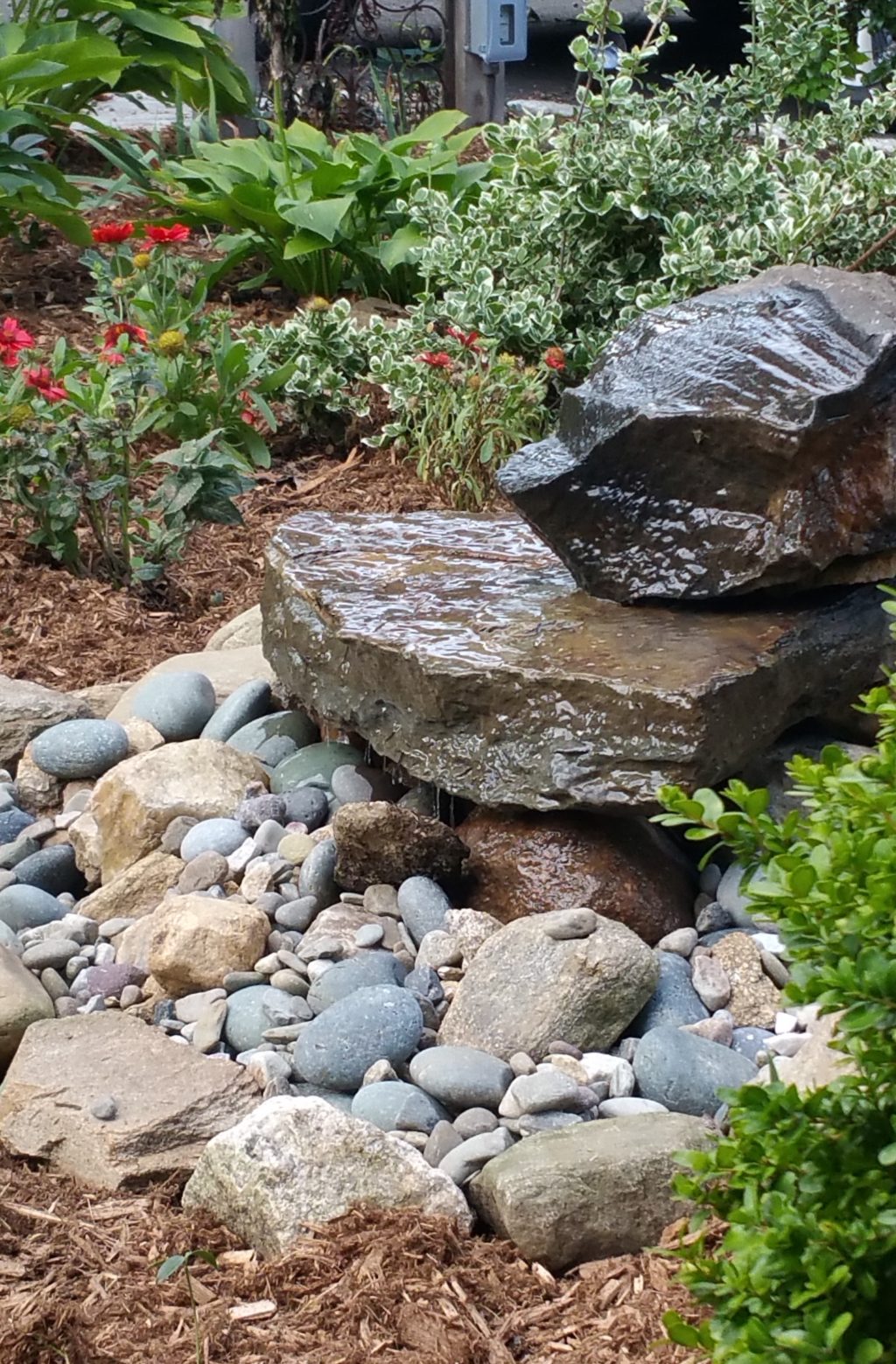 When I travel, I try to visit botanical gardens. There’s always something new to learn. At the Biltmore, I saw gardens whose designs incorporated geometry, architecture and terrain so visitors have a multi-sensory experience. On a much more modest scale, this is what Pasquale and I achieved by bringing water, sound and native stone into my garden. And the season to enjoy it begins now.