Time to Forgive, Congratulations to the Chicago Cubs 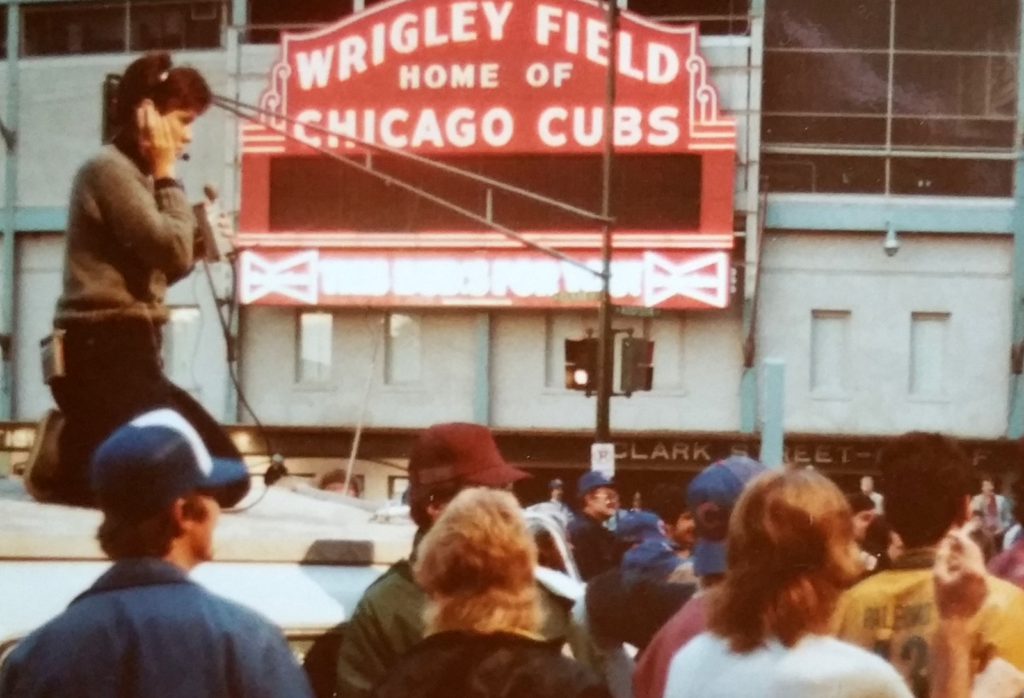 Out of my league covering baseball in the eighties.

To understand why I’ve rooted against Chicago’s Cubs for the past three decades, you have to know that once upon a time, the Cubs had me arrested.  And not just me, but Richard Isaac (aka Ike) my dear friend and camera man at WGN-TV.

I worked as a city hall reporter in Chicago from 1983 to 1988 during the wild days when Harold Washington was the city’s first black mayor. Baseball? Nope, it was the city council that played hardball back then. 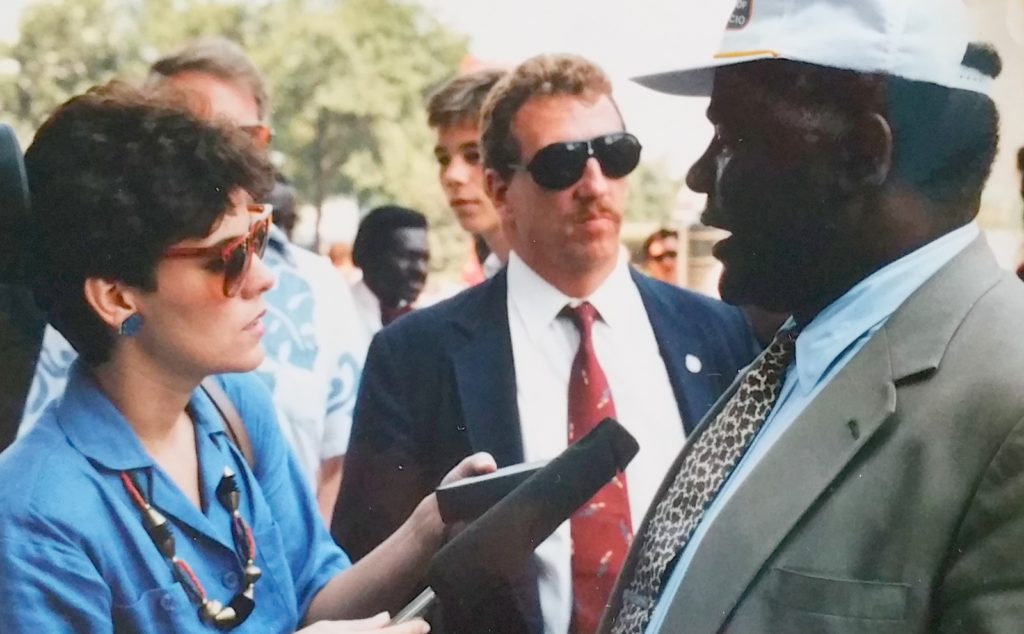 Anyway, one day when the Cubs were not enjoying a particularly long run of losses, my bosses at Channel 9 sent Ike and me to Wrigley Field to do a story. Sure, I was way out of my league but I worked the stands getting interviews and doing the obligatory stand-up when all of a sudden Ike and an usher got into an argument.

Who knows what it was all about but before you could say “Take me out to the ballgame” both Ike and I were in handcuffs and on our way to the local jail. 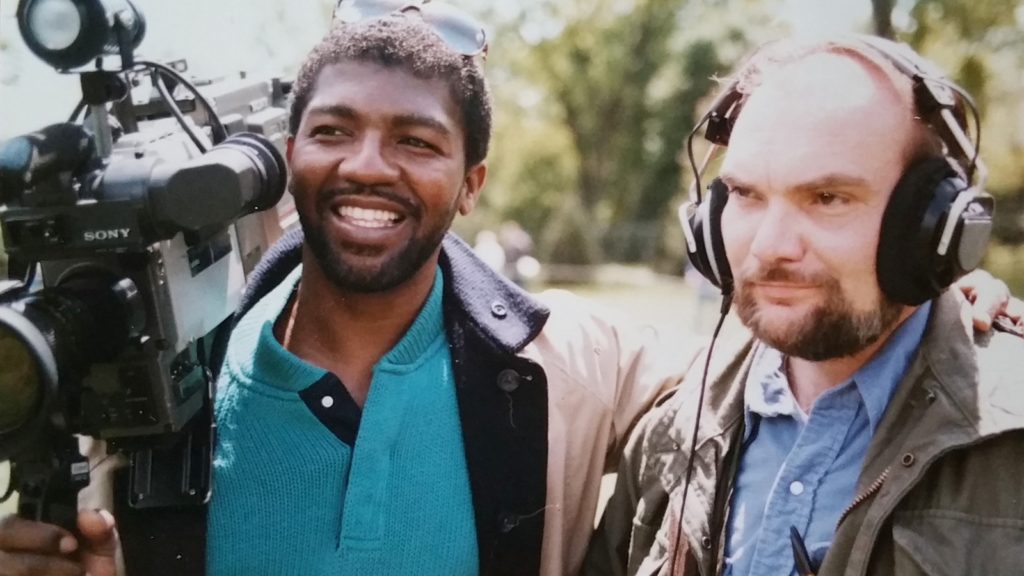 L – Ike and Phil my camera crew at WGN

The Cubs and WGN were owned by the Tribune company. But when our boss called Dallas Green the then-general manager of the team, Green had two quick words to the request that the Cubs drop the charges. “F* ’em” he said.

The story of the curse put on Chicago’s north side ball club pre-dates my unfortunate brush with Dallas Green.

William “Billy Goat” Sianis, a Greek restaurant owner bought tickets to game 4 of the World Series in 1945. He tried to enter Wrigley Field with his lucky goat in tow.  Stopped at the gate, Sianis was told he could not bring the goat into the park because “the goat stinks.” When the Cubs lost the game, Sianis sent a note to the owner of the team asking, “Who stinks now?”

I never met Sianis, though I dined a few times at the famous Billy Goat Tavern during my days in Chicago. I was well aware of the Billy Goat curse. After my similarly rough treatment from the Cubs under Green, I shared the sentiment, “who stinks now?” whenever the Cubs lost a game. 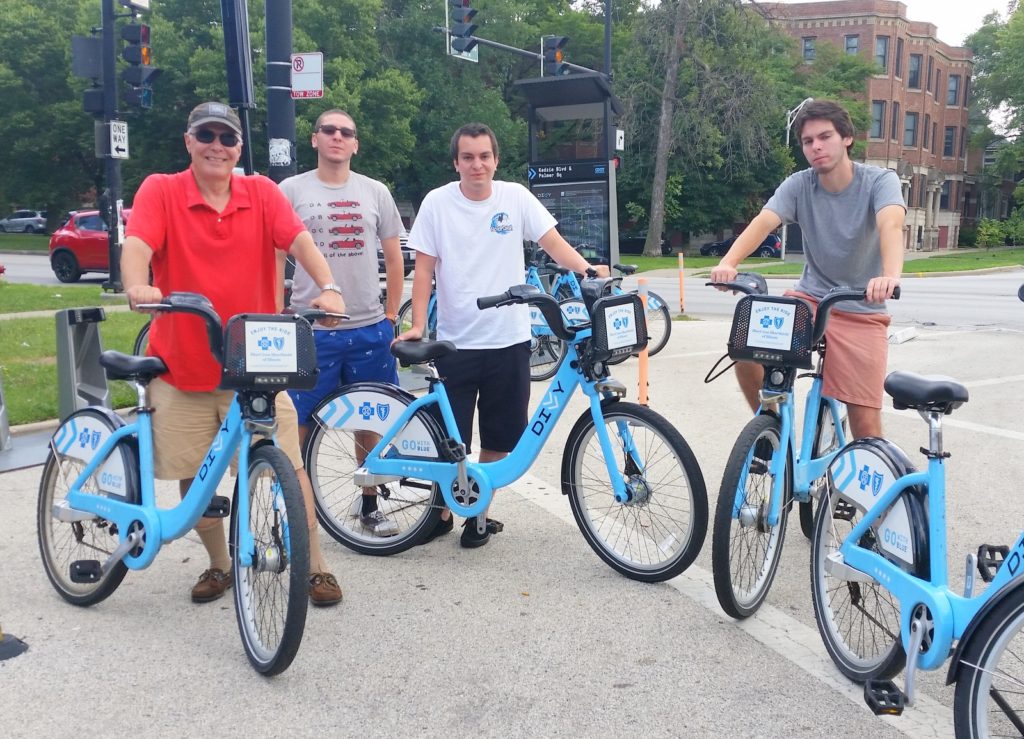 The family on a Divvy Bike tour of Chicago in August

On my visit to the Windy City in August, however, my heart was softened. I’d returned with my sons, Antonio, Sam and Joseph, to give them a glimpse of the glittering city that has its place in our family history. We had dinner with Ike and his family, of course and spent an evening at Second City. 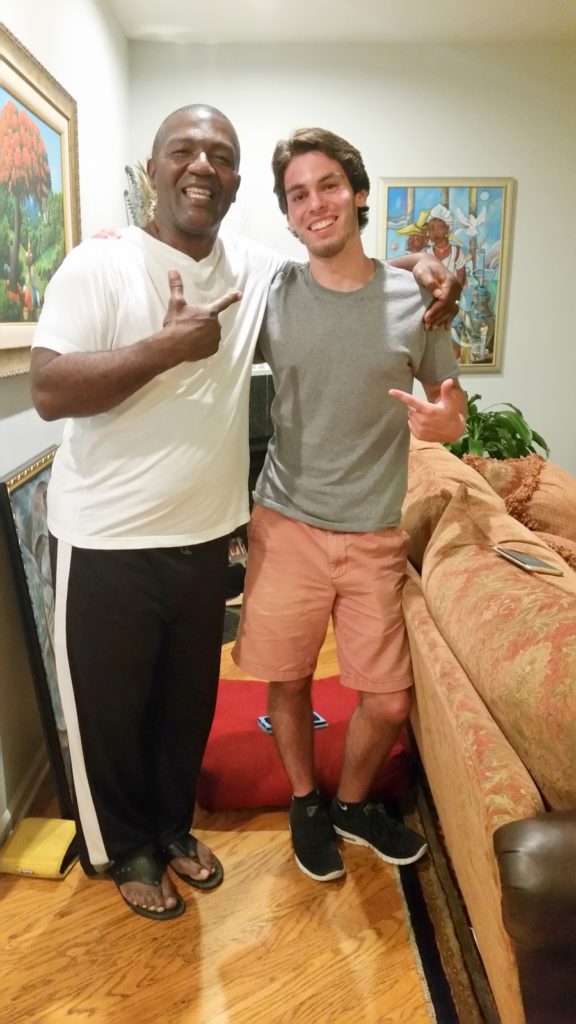 Ike now with my son, Joseph

On a fine Saturday, we grabbed Divvy Bikes in Logan Square and headed east towards Lake Michigan. We sat on the rocks along Ohio Street Beach, we walked the length of Navy Pier and from its end, we marveled at the glorious city skyline. We even went to a Cub’s game. In short, we fell in love with Chicago all over again. 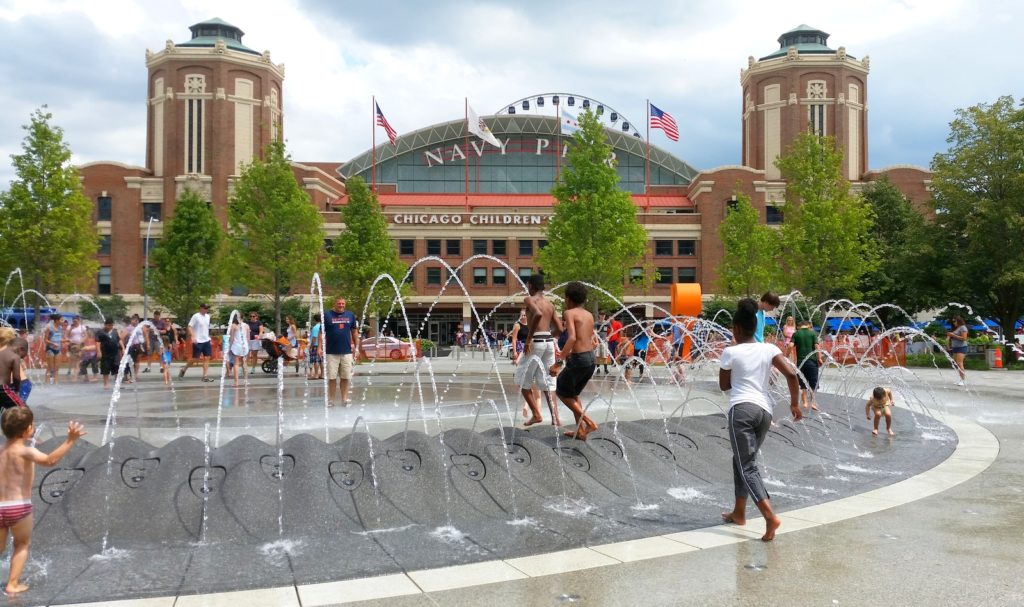 For all its difficulties – its bigheartedness contains its share of heartbreak – Chicago is a special place. So when I awoke this morning to the news that the Cubs had finally won a World Series, I was not displeased.

The indignity of what Cubs did to Ike and to me three decades ago surely hurt. But as far as I’m concerned, if Sianis can lift the Billy Goat’s curse, I can too. It’s time to acknowledge the Cubs don’t stink anymore. 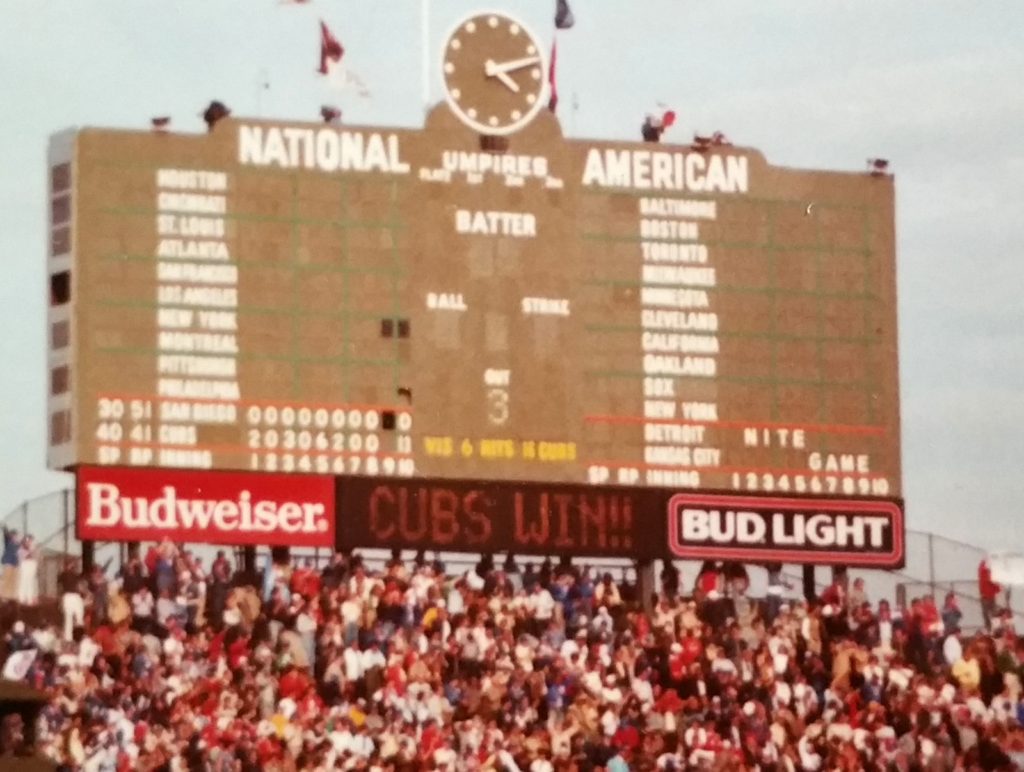 Categories: Go How Know How, Music, Food, Art and Culture, Travel by Land

One response to “Time to Forgive, Congratulations to the Chicago Cubs”