Upside Down Air Accident Investigation Down Under 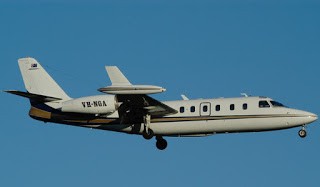 I am not one to encourage politicians to start sticking their noses into matters of aviation safety. It is WAY too tempting for them to grandstand. But in the case of the Australian Senate and the ditching of a medical transport plane in November of 2009, how could they not?

After all, it is not often that government bureaucrats behave so badly that the politicians wind up looking moderate, but that is just what’s happening in Canberra. Worse, the unfolding scandal seems to indicate that the two agencies that should be more attuned than the average Joe to the complexities of causal chains and the futility of blame in accident investigations have been tone deaf. 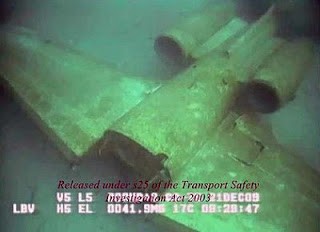 Here’s the overview. A medical transfer flight departs from Apia, Samoa to refuel en route to Australia, at Norfolk Island, a wee spot of hilly terrain east of Australia’s Gold Coast. It is a long, over water flight made more challenging by the fact that en route weather and visibility at the arrival airport are deteriorating as the flight progresses. For a number of reasons, (which you can read about from AvWeb here if you are so inclined) this escapes the notice of the crew until they are past the turn back decision point.

After four missed approaches with little fuel remaining, the pilot opts to ditch the Israel Aircraft Industries twin jet Westwind 1124A into the ocean and happily, everybody survives and is rescued.

The Australian Transport and Safety Bureau report, which takes nearly 3 years to complete, essentially attributes the accident to inadequate crew planning and decision making. There’s a teeny tiny peek up the chain when in what is referred to parenthetically as a “minor safety issue” the report suggests the operator “did not effectively minimise the risks associated with aeromedical operations to remote islands.”

In a nutshell, the ATSB pinned the accident on the pilot. Except in this case the pilot, Dominic James, poked back.

I don’t know how politics works in Australia; Capt. James got someone’s attention, some questions were asked and darned if two members of Parliament, David Fawcett and Nick Xenophon don’t start asking questions, too. Over the past several months the startling answers are beginning to emerge. Turns out Pel-Air, the operator for whom Capt. James was flying that night, had been a subject of concern to the Civil Aviation Safety Authority, specifically for its shortcomings in pilot training and fatigue risk management. Both of which were issues in the air evac flight.

This is discovered because after the accident, the regulator commissioned an audit of the operator and (Kudos here!) a review of its own oversight.

“It appears as if there were indicators that could have identified that the Pel-Air Westwind operation was at an elevated risk and warranted more frequent and intensive surveillance and intervention,” the report states.  What CASA failed to do was share the results of the audit, called the Chambers Report with the ATSB.  It probably would have broadened the ATSB’s narrow conclusions about the accident. 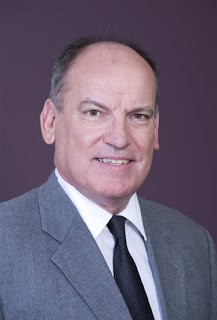 Confronted with reason to believe the flight crew was only a partial contributor to the accident, the Australian senators called the heads of both agencies into hearings. To John McCormick, director of Aviation Safety for CASA they ask the question, why did you not share with the ATSB, the results of the audit showing serious infractions by the operator of an airplane involved in an accident?

McCormick’s astonishing reply – as reported by Australian aviation reporter Ben Sandilands  – was that McCormick did not consider the information relevant since, the accident was entirely the fault of the captain.

Though you probably don’t need them, let me repeat that with italics; entirely the fault of the captain.

I was still trying to fathom how anyone with the title “director of aviation safety” could utter those words when I read his further rationale. The information was withheld from the safety board so as “not to contaminate its decision making.”  Yup, if you keep information from investigators, it won’t affect their decisions, and that’s what we call uninformed decisions. Most folks try to avoid them.

Between the ATSB’s skim-the-surface conclusion in its probe, and CASA’s retro-style, blame-the-folks at the pointy end of the accident, something very strange is going on in Australia’s air safety world. When the guys with the pocket protectors launch in with the double talk and the politicians start to sound reasonable, that’s upside down, no matter what side of the equator you’re flying on.

12 responses to “Upside Down Air Accident Investigation Down Under”