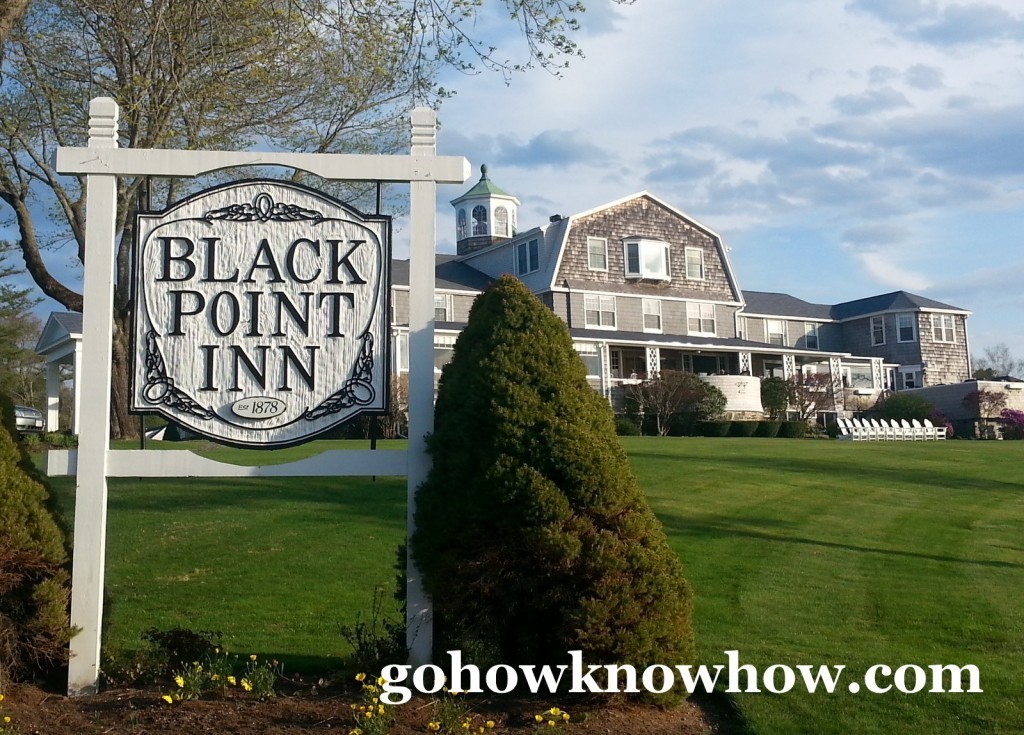 A welcoming inn, in Maine

Some travel is a lot of work, and I don’t mean that in a negative way. Having just returned from a five week round-the-world trip that was ninety percent business and involved a lot of on-the fly booking of transportation and accommodations, I returned home exhausted.

Times like this are when I crave the vacation that’s like home; but better. For me, that means a stay in a rambling inn in some unique setting where, unlike at my own house, people take care of my needs and leave me with no decision more difficult than what time to get out of bed in the morning.

I started thinking about this in Maine, during a visit to the Black Point Inn. Viewing the sunset over the ocean from a sprawling porch with a glass of wine in hand was great but it was the people there who made it special. 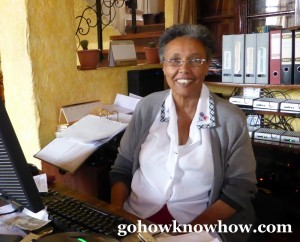 In Addis Ababa, Ms. Mitikou made me feel special

Same for my stay at the Pembroke Arms near Stonehenge in Wilton, England and the Areku Guest House in the Ethiopian capital of Addis Ababa.  The operators of these hotels share a philosophy that hospitality is about making guests welcome and looking after them throughout their stay.

It sounds obvious but at some places it is not. I once spent the night at the beautiful Ram’s Head Inn on Shelter Island, New York. No hot water in the shower, no hair dryer in the room, and a broken one sent up when I requested it. I can forgive all that. It is harder to be understanding however when the staff doesn’t apologize or even appear concerned that I’d encountered these difficulties.

My time at the inns described below was the antithesis of that experience. Had I been a favorite aunt on a long-anticipated visit, I could not have been more welcomed. 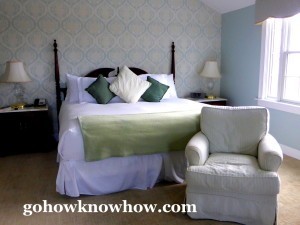 Cool colors and lots of space

The best way to describe a vacation at Black Point Inn is to think of it as a cruise without the ship. The ocean views, the cocktail hour and elegant meals served on linen, the multitude of public seating areas that encourage guests to become friends. What’s missing is the teeny-weenie bedroom – mine was huge, the size of an entire Manhattan apartment. It had pastel walls and bright white trim and a balcony looking out to the north east. I also did not miss the cruise ship’s frustrating sense that there’s no where to go. From the inn one can walk or borrow a comfortable cruiser bike and explore for miles without ever get bored with the view. 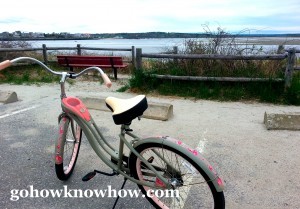 Bike with a view

A cliff trail wraps around the Prout’s Neck peninsula providing a magnificent overlook of the ocean and the classic Maine coast. As I reported for The New York Times Travel section, I’m partial to places that have inspired works of art, so it was exciting to round a bend towards the end of the mile-long path and see the studio home of American artist Winslow Homer. Compared to the spectacular homes I’d seen perched above the trail, the Homer studio is modest; just three rooms on the first floor and one large space on the second. An upstairs deck facing the rocky coast surely inspired many of Homer’s paintings. 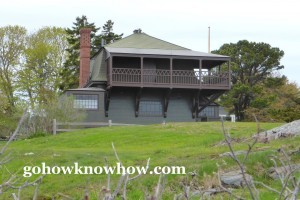 The Winslow Homer studio looks out over the sea

The Portland Museum of Art opens the house to tours, but only starting from the museum in downtown Portland and for the hefty fee of $55 ($25 for students) which includes transportation to Scarborough as parking on the point can be difficult. Still, feeling a blog post coming on, I joined a small group for a tour where I learned personal details about the artist and got a sense of the historic and still-clannish community of Prout’s Neck.

I had a delicious dinner back at the inn that night. Like the receptionists and housekeepers who work there, the wait staff had such cheery dispositions I wondered how they kept it up. Then I remembered the Black Point Inn is seasonal, open only from early May to late October, so they have all winter to be grumpy. 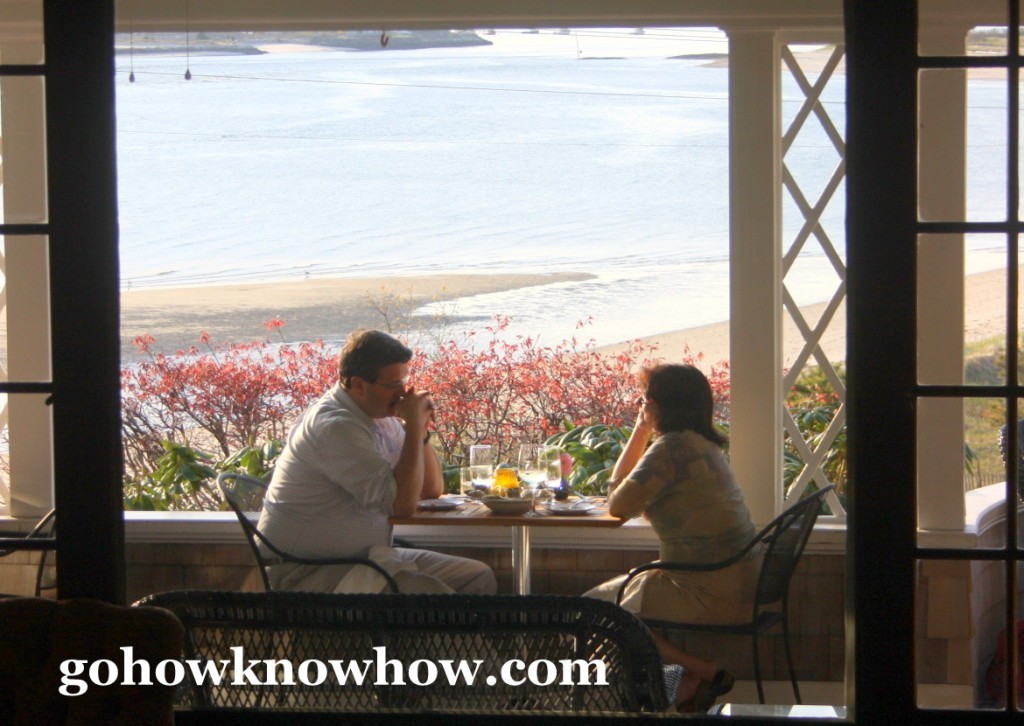 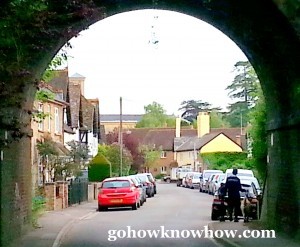 The town of Wilton is a more than a millenium old, a classic English mix of cobblestone and window boxes with a past that includes witches and plagues. What’s not to love?  What stands out in my memory, however, is the night I spent in a hotel that could have been the model for the British sitcom Fawlty Towers.

I can’t be the only one who thinks so because before I even arrived at the Pembroke Arms, I spied at a local tag sale, The Complete Fawlty Towers, a 1988 hardbound collection of all the scripts from the program. What is not so funny is that the show, considered by British Film Institute to be the Best British Television Program OF ALL TIME was produced for just two season; 12 episodes only of this wickedly funny production. 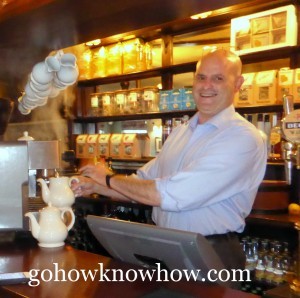 The proprietor of the fictional Fawlty Towers, played by John Cleese, is rude to the point of hilarity. His polar opposite is Pembroke’s innkeeper, Ido Davids. Gracious and down-to-earth he seemed delighted when I compared his homey place to the seaside hotel where Mr. Fawlty did daily battle with his guests as well as his staff. 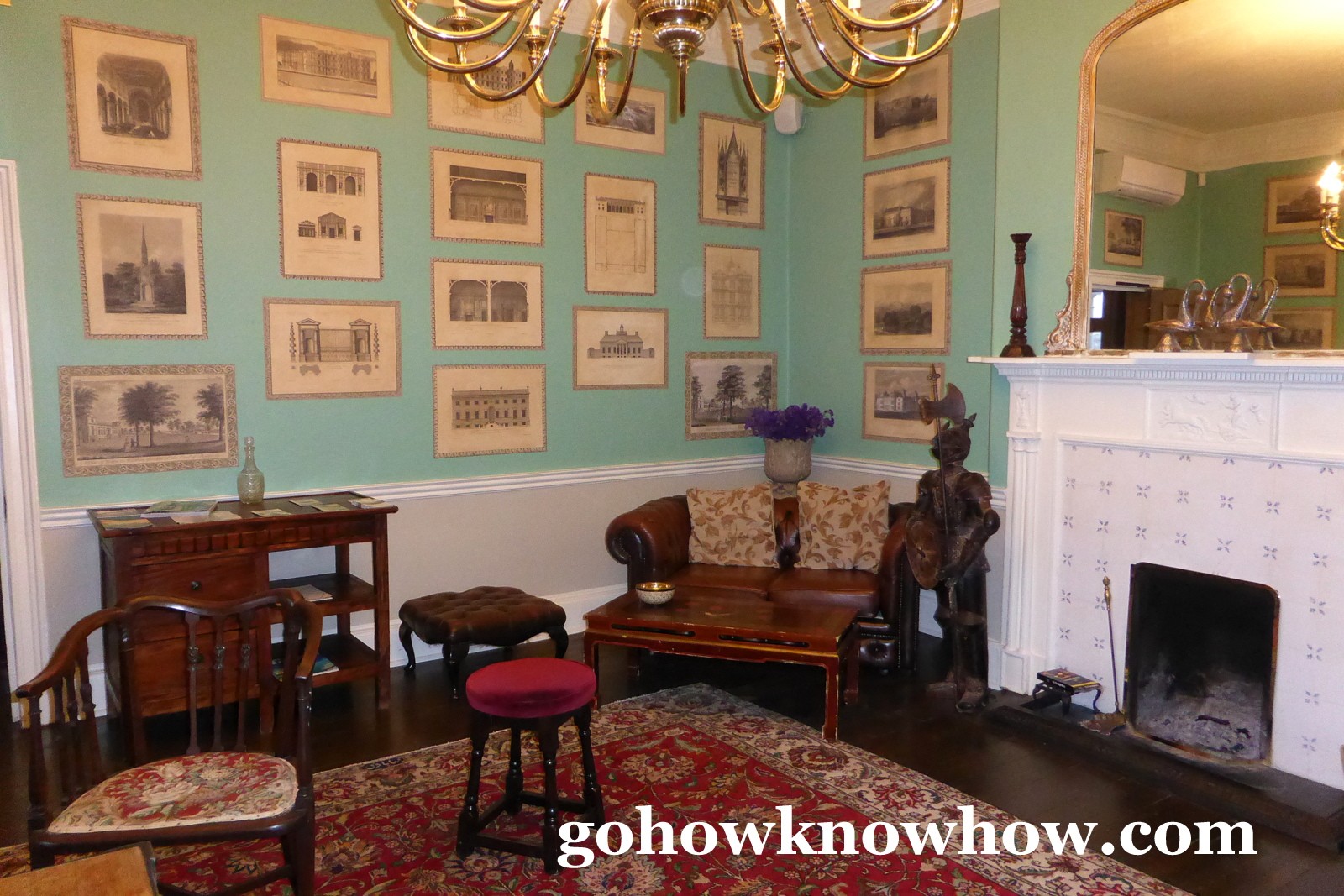 Who doesn’t want to curl up and chat in this lounge?

What is exactly the same in both hotels is the sense that anything-can-happen here. In the cocktail lounge, Davids draws pints of Boon Doogle and Brakspear Bitter drafts for customers including a few who could have been cast as the show’s elderly Major Gowen. In the dining room, conversation is flowing along with the wine. Good plain food is served up by employees who clearly enjoy what they are doing. Throughout the house, in public and private rooms the decor reflects a joyful purpose.

Carpeted stairways lead to glass paned doors that lead to rooms labeled for royalty. As the sign on mine promised, I was treated like a “Queen” while I was in residence.

On a morning walk around the buzzing commercial district near Arequ Guesthouse, I took a turn down a side street and not much after that found myself facing a wide and hilly pasture where goats grazed and their owners lounged in the grass. Had I not seen the tall profile of Arequ in the distance I would have thought I was lost. 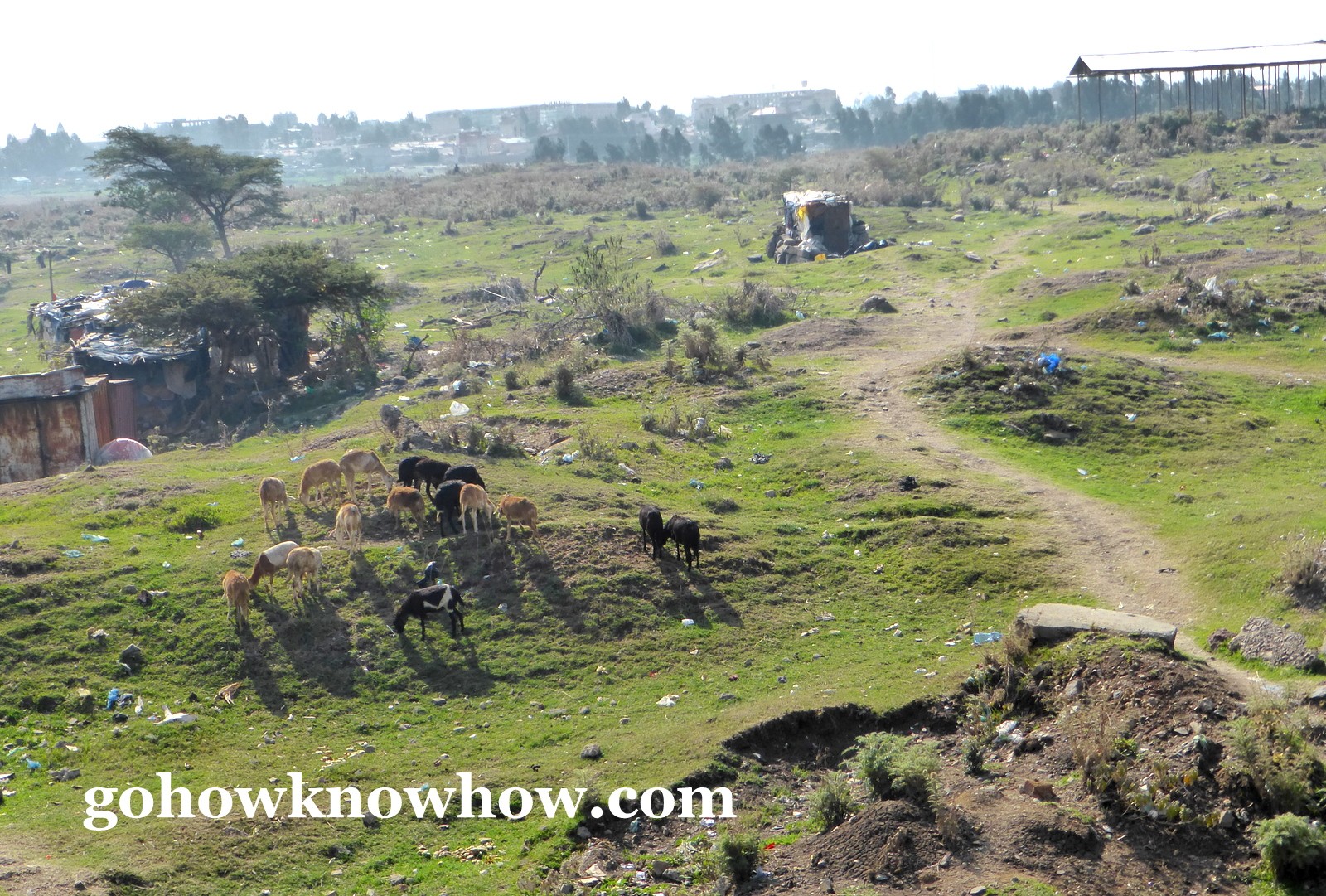 Goat tending in the middle of Addis Ababa

I wondered, “What is this pastoral scene doing in the heart of the city?” Moments later an Ethiopian Airlines jumbo jet flew over head.

That’s just the way Addis Ababa is. All sorts of people living side by side – including at the charming Araqu. Residents of the eight individually designed rooms and suites will encounter each other at the family-style meals and in the many indoor and outdoor sitting areas. Addis Ababa is the headquarters for many international organizations and, as I learned from a family joining me for breakfast each morning, it is also the second busiest country for U.S. adoptions, and they should know. They were in the company of an adorable baby girl who would be traveling with them back to China where the American mom and Ethiopian dad live. They were just waiting to complete the adoption papers. 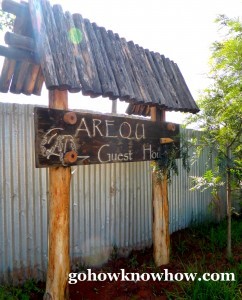 Arequ’s public areas are an exercise in studied casual. Intended be welcoming by simplicity there’s nothing thrown together about the inn’s furnishings. Each table, chair and bed was crafted by the hotel’s owner from repurposed antique building materials. 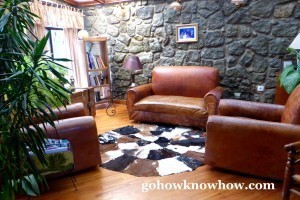 Every room is designed by Ms. Mitikou’s son

As lovely as it was to get to know my fellow residents, it was the hospitality of the staff under the guidance of innkeeper Almaz Mitikou that made the biggest impression on me. After a day among the 3 million plus people who call Addis home, Ms. Mitikou’s bright smile and gentle greeting was tonic. I did not want for anything during my time there.

On the morning of my departure Ms. Mitikou walked outside gave me a long hug and stood on the steps waving as if she was saying goodbye to a friend. And that is certainly how it felt to me. 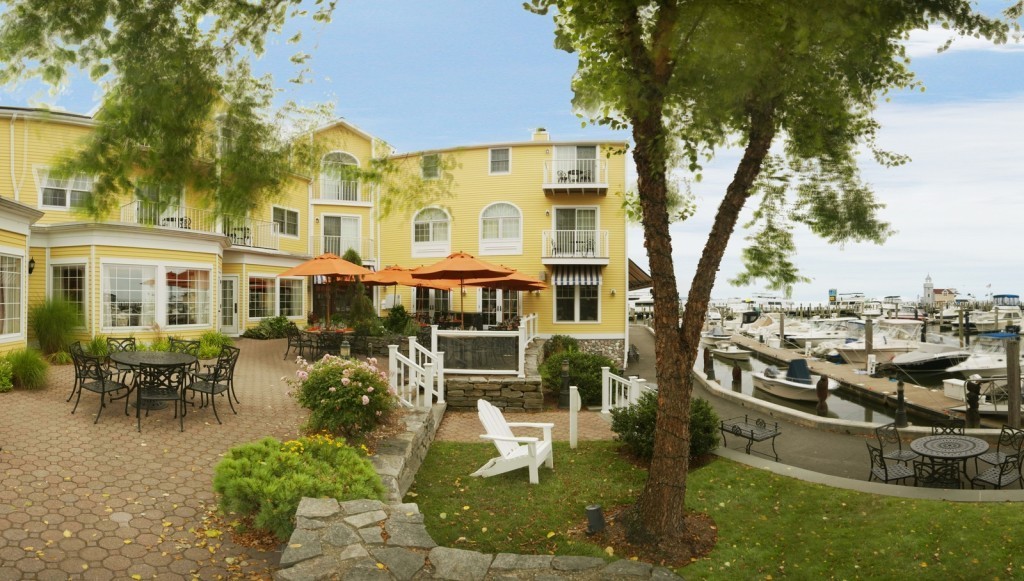 In the end, I wound up doing my return-home re-entry here at the Old Saybrook Point Inn & Spa. The owners had just renovated a historic residence across the street from the inn, creating seven guest rooms, beautifully appointed public spaces and a basement game room.  They were eager to show it off, and I was eager to spend some time in my adopted home state after being away for so long.

On the night of my stay, Connecticut experienced one of three “super moons” of the year – making it appear significantly bigger and brighter on rising because of its closer proximity to the earth. Under the influence of that moon, hotel guests and locals, fishermen and boaters, wedding-goers and evening-strollers crowded onto the waterfront in joyful appreciation of both the natural and man-made beauty of this historic seaside community. 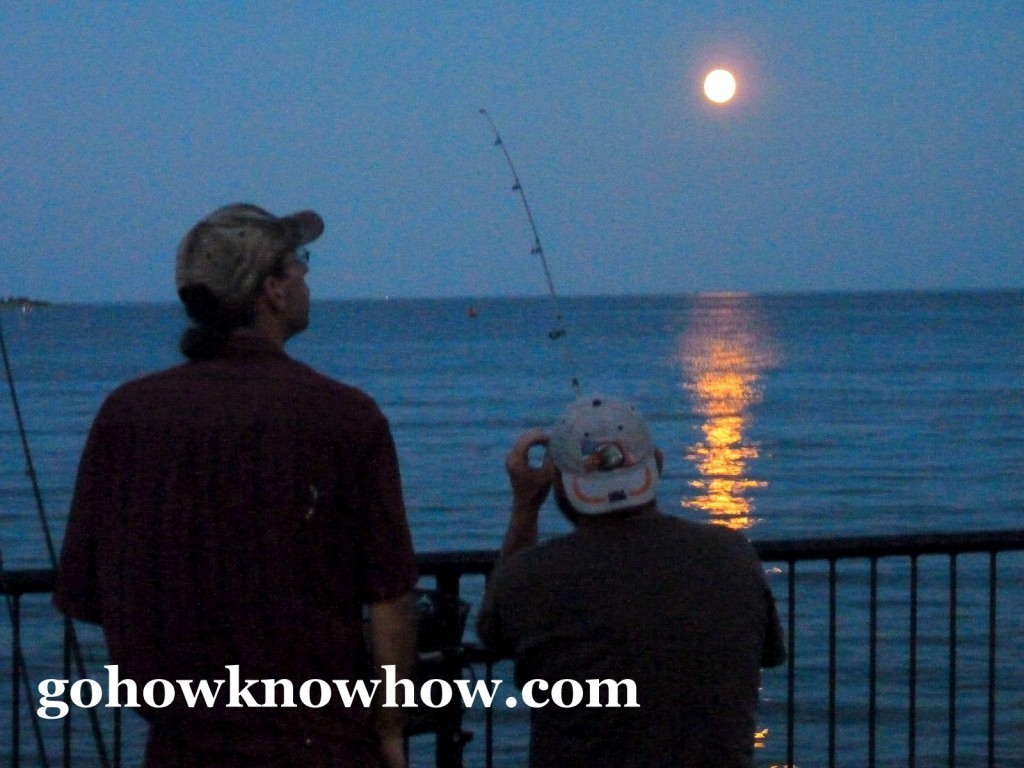 The super moon drew a crowd of observers 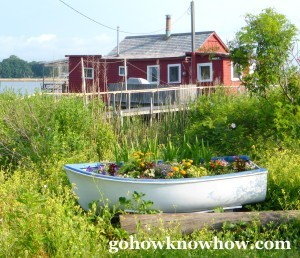 A modest home with a million dollar view

The following morning, I hopped on one of the inn’s bikes and made the five mile loop starting (like most visitors) at the residential golf course neighborhood, Fenwick, where Katharine Hepburn once lived, continuing on past the marsh made noisy by the huge population of birds, to where the Connecticut River meets Long Island Sound. 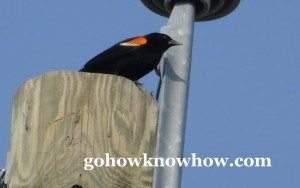 A red-winged blackbird, is momentarily quiet

A long span along the ocean road was followed by a turn back to the little district where locals and out-of-towners do their shopping and take in a performance at the arts center known casually as “The Kate,” (for you-know-who.)

Approaching the inn again, I got off the bike at Old Saybrook Monument Park to read the history of the fort built here in 1638. At each stop along the way and even when passing others on foot or on bikes, I noted how smiles and hellos were enthusiastically exchanged. 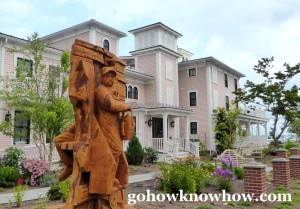 What I like most about inns over other kinds of lodging, is the way the good ones create a sense of community among the guests. Old Saybrook Point Inn takes it to the next level. At every part of the inn from the spa and gym to the marina, to the harbor bar and outdoor cafe-style restaurant one finds a mix of visitors and locals. When you are made to feel welcome in a place someone else calls home, well, that is the very best way to have a home-away-from-home experience. 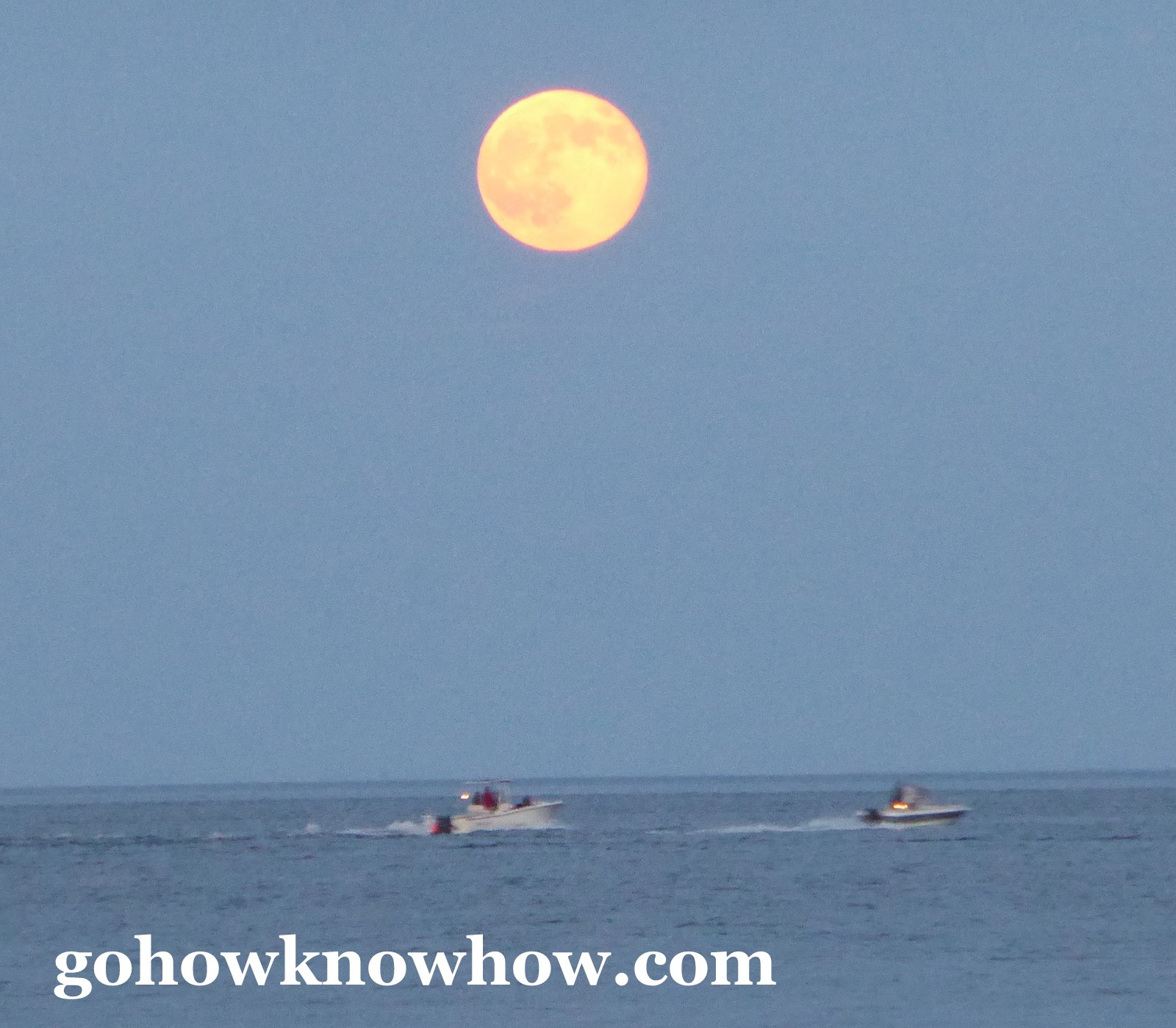 Super moon on a super night in Connecticut 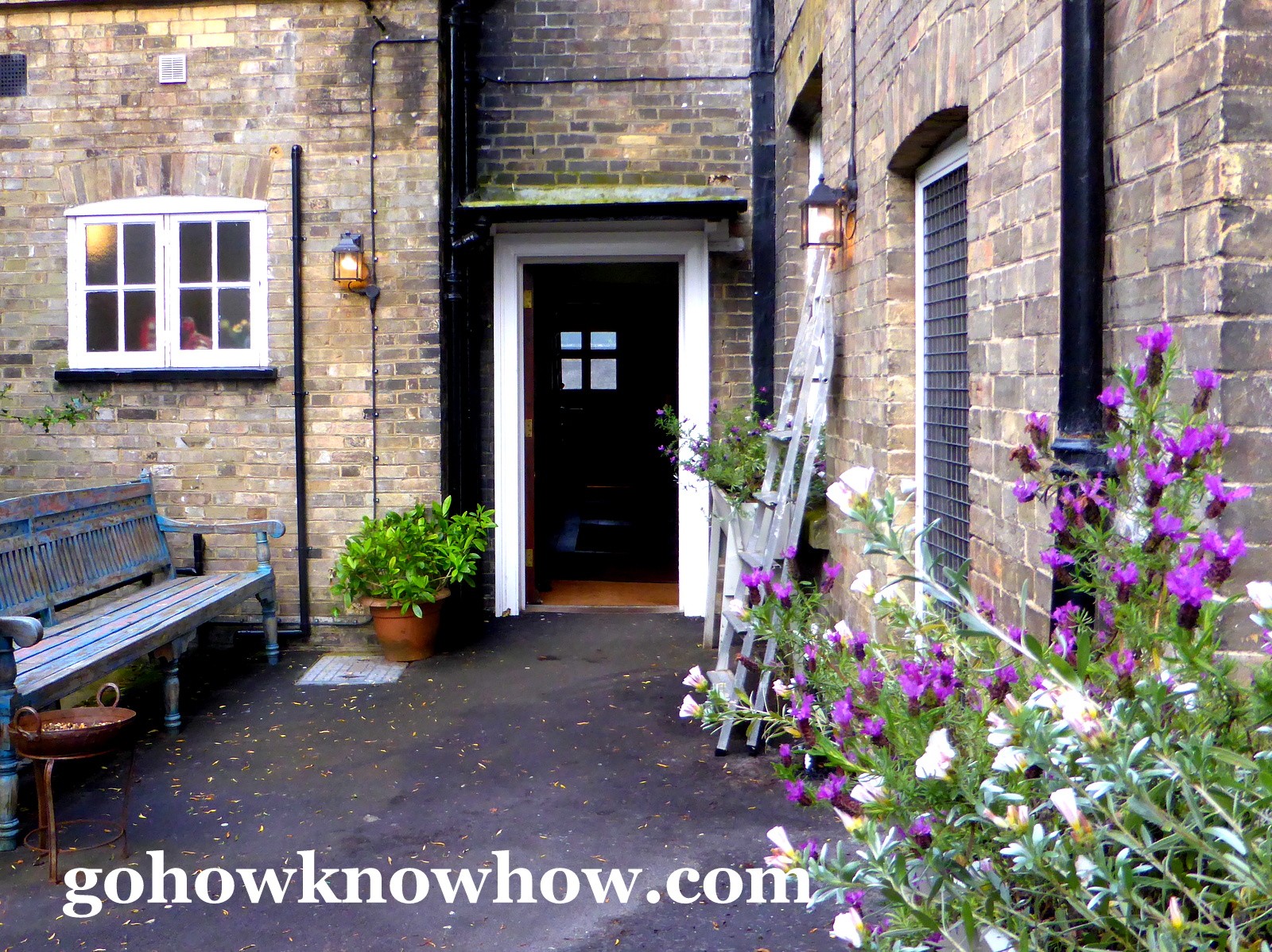 The back door to the Pembroke Arms 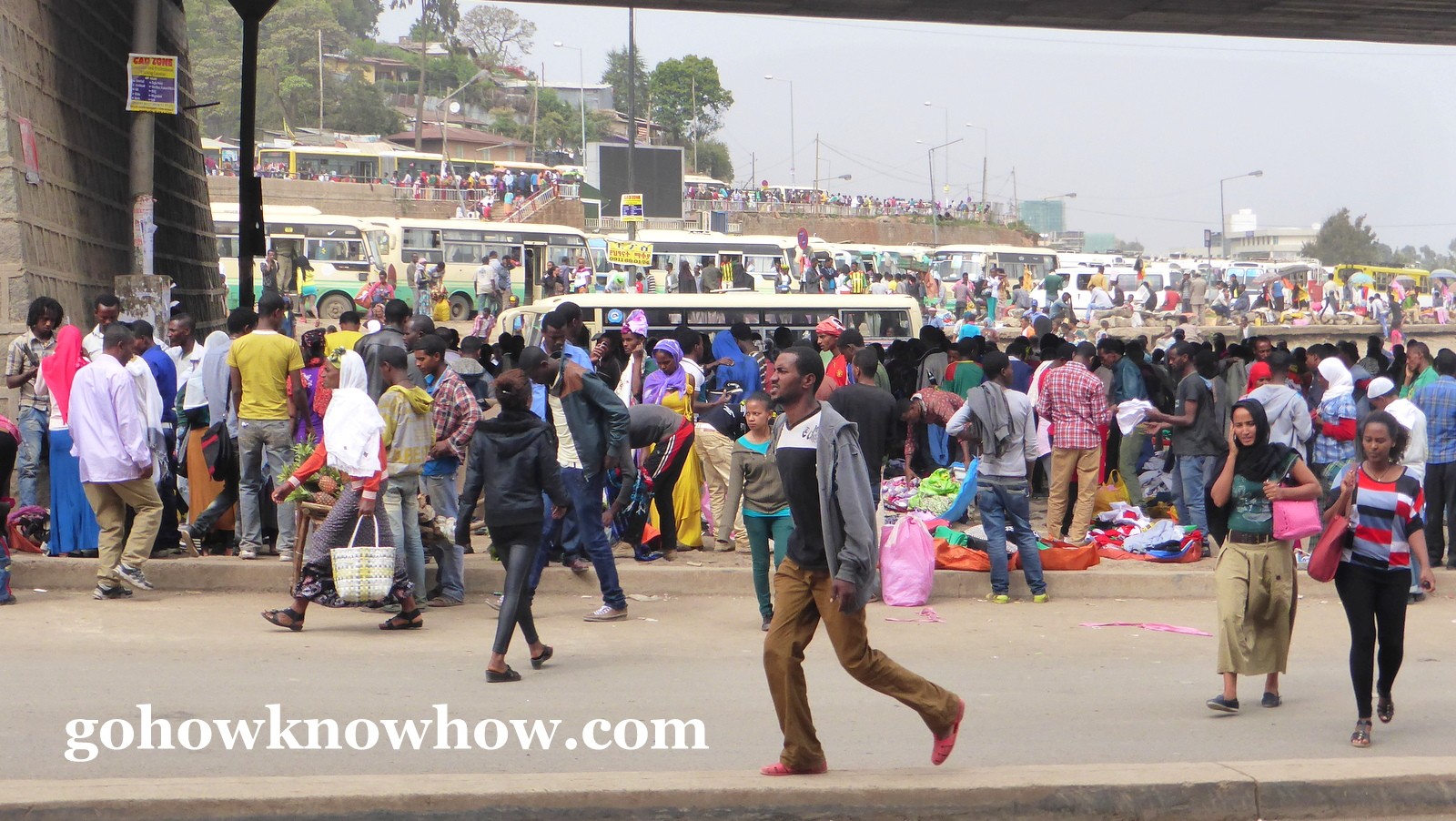 After a day among the crowds of Addis Ababa, a quiet guest house is welcoming 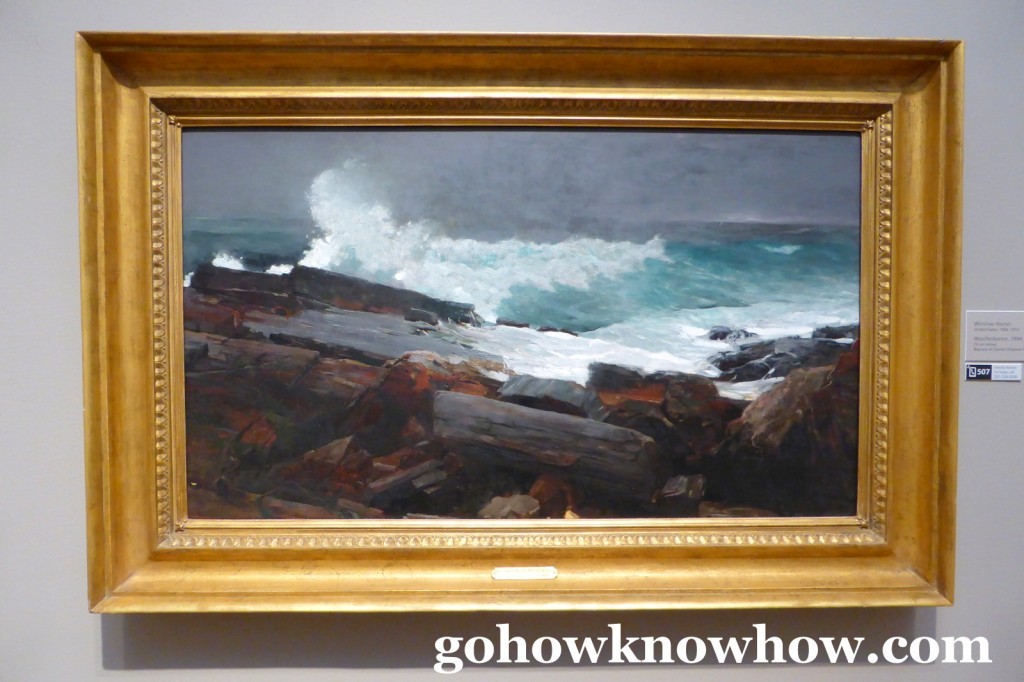 Winslow Homer’s view of the sea 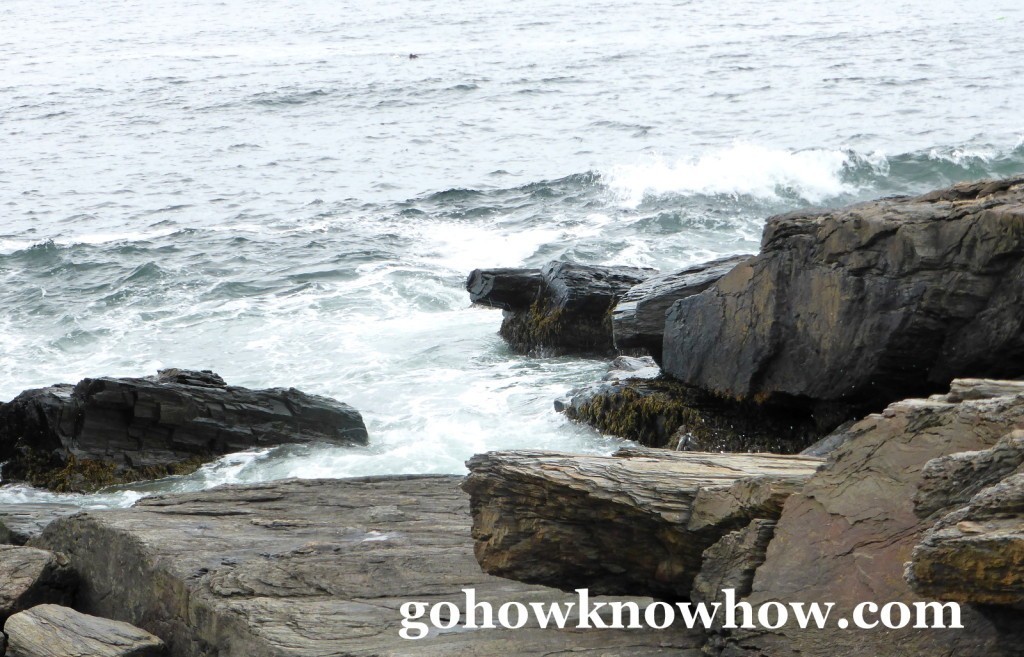 The sea from the walk below the Homer studio