This pathetic looking Kenya Airways Boeing 737 is just eight years old, but my, oh my, what havoc a tow truck can do! 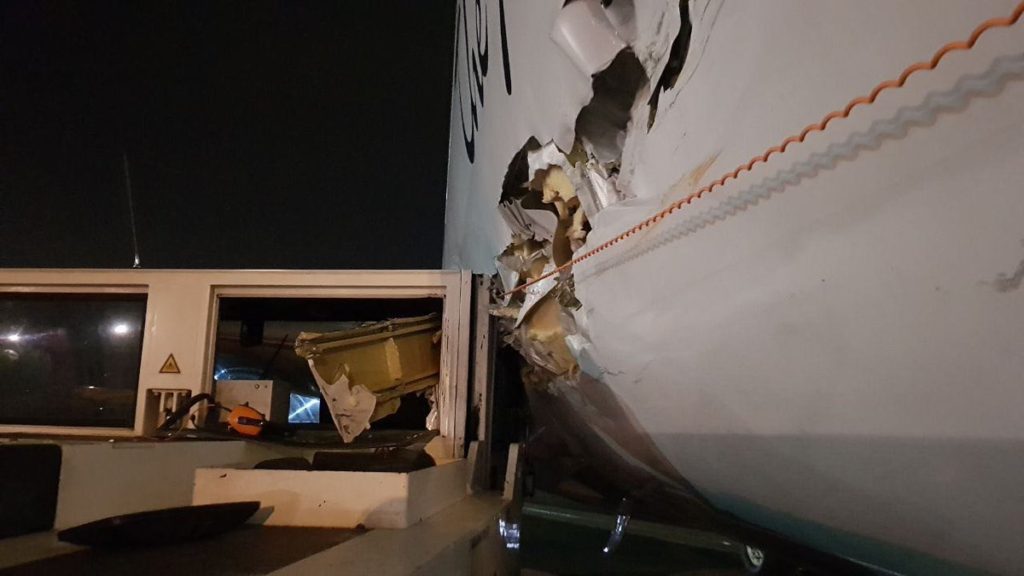 The unfortunate run-in between the ground handling equipment and the 737 registration 5Y-KYF happened before midnight on Saturday July 23rd at Nairobi’s Jomo Kenyatta International Airport as the plane was parked at the gate. No one was aboard and the plane was being serviced for its daily 4-hour flight to Johannesburg.

There’s no way to consider this good news, but the airline can be thankful for one thing. This happened the only day of the week the flight is conducted on a Boeing 737. All other days, a new Kenya Airway’s 787 Dreamliner would make the run.

Maintenance experts can do a better job than I, predicting the time and money it will take to fix this airliner. I’m suspecting it will cost a bundle.  The photo may be worth its weight in publicity, however for the International Air Transport Association which has been pushing for nearly a year for a new kind of training that gives ground handlers high-tech training in how to do their jobs.

As I wrote on Mary Kirby’s RunwayGirlNetwork, later this year IATA expects to begin offering virtual reality training for the folks responsible for maintaining a safe environment while airliners are cleaned, inspected, supplied and prepped with a bevy of equipment for the next flight. Ground handlers work all kinds of weather and light conditions. They are often poorly paid workers who are charged with preventing damage that can easily run in the millions to fix. More significant in human terms is the number of people injured on the airport ramp.

IATA claims a quarter of a million injuries each year, a rate of nine per 1,000 departures, according to Frederic Leger, airport passenger, cargo and security product director for the airline trade group. Some workers are killed. Damage incurred by airlines topped $10 billion in 2012, Leger said. 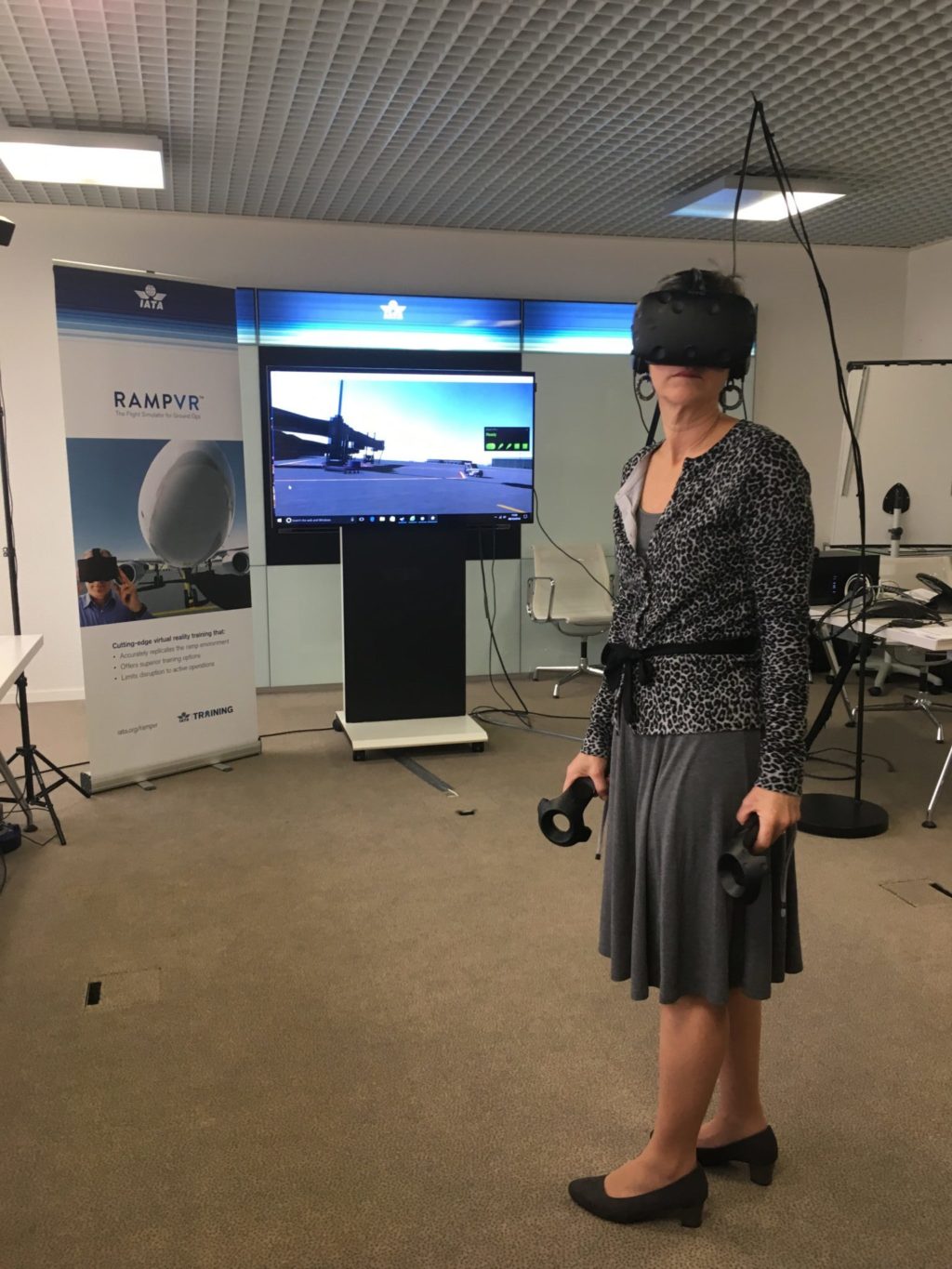 The virtual reality training IATA is touting, Ramp VR, lets workers with important jobs to do, experience that job it in all its quirky unpredictability. Last December I had an opportunity to give it a try, taking an introductory capsule and the follow-up exam. In the space of about 10 minutes I saw snow and rain, night and day and a variety of things that should not be on the ramp of a real airport.  Airport workers will get their chance to learn this way next month when the first training class begins in Geneva.

Students learn more and hang onto it longer, according to Leger. “You are living the training because you  are active in the training”, he said. “It is like a game where you have a score at the end so it goes to the emotional part of your brain so the retention is incredibly higher than a conventional training cost.” 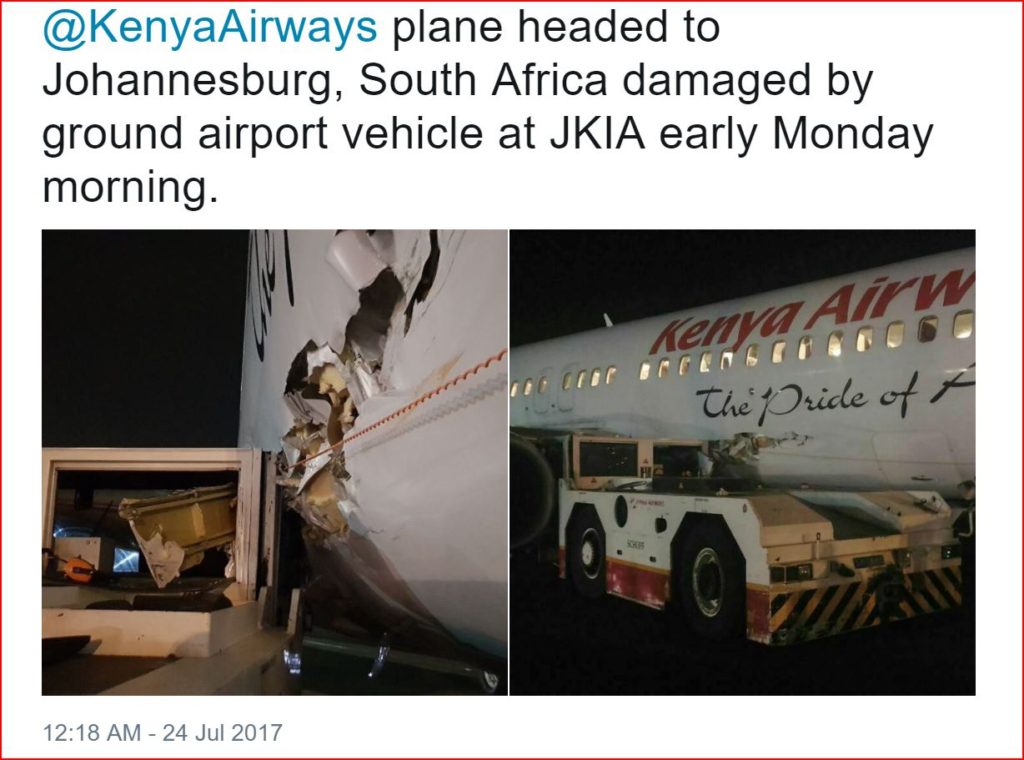 When airline passengers worry about safety it is usually focused on the pilots. But as this photo so clearly demonstrates there are some scary, dangerous and jaw-droppingly expensive aviation accidents right outside the airport window. Time to pay them the attention due.