Bnb’ing With My Peeps; Flying a Bike and Sleeping With Airplanes

It was a quick trip to Florida to take care of some business. I would be there and gone in just 24-hours so all I really needed was a clean, inexpensive room. But as my cursor hovered over the selections on the Airbnb website, how could I say no to the Man Cave, located, the listing said, “in my airplane hangar.” 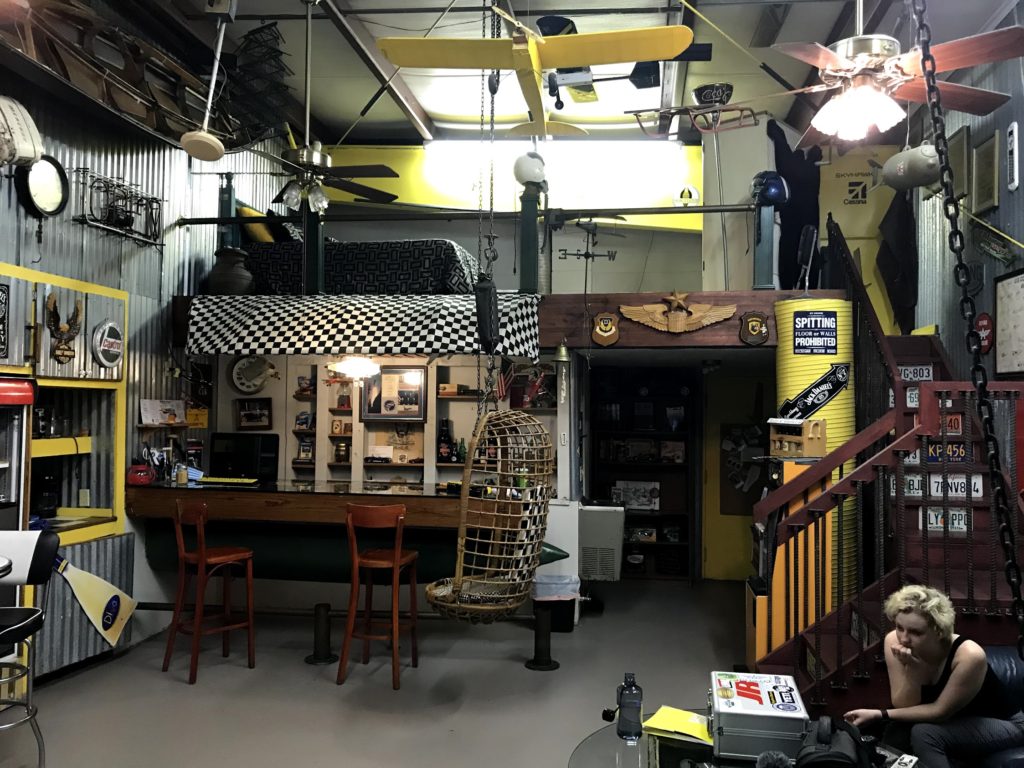 Like every other internet-age disruptor, Airbnb has its downsides, but where it excels is in pairing the mutual interests of travelers and hosts.

From the moment my host, Dan Shaw pulled up in the de rigueur Florida golf-cart I knew we were going to be friends. A bit of background: By profession, he is a plumber. By avocation, he’s a whole lot more. One day in the 80’s, he saw an ad for an ultralight in a National Geographic Magazine. “It’s basically a chair with wings,” he told me. “And I said, ‘that looks like fun,'” so he bought one.

His neighbor, Johnny Southerland (now deceased) owned a modest private airstrip and he allowed Dan to store the plane there. It wasn’t long before Dan was dialing up. He got his private pilot’s license, purchased a 1940s-era Luscombe, then a Piper J3 Cub. He and Johnny decided to go in together on a Cessna 172.

When Johnny decided to sell the airfield, Dan had another idea; how about the two of them develop it into a fly-in community?

Now, a quick word about that. Fly-in communities, also known as residential airparks are airfields around which homes and sometimes private hangars are situated. There are hundreds of them in the United States, but I’ve seen one under development in Haukadalsmelur at Rangarthing Ytra in Iceland, which I mentioned in an article I wrote for The New York Times, and the site, LivingWithYourPlane shows airparks in Sweden, Canada, Brazil and five in Australia.

Airparks can be big, like the 12-hundred acre Spruce Creek near Daytona Beach, Florida and they can be small. Shaw and Southerland opted for the latter. 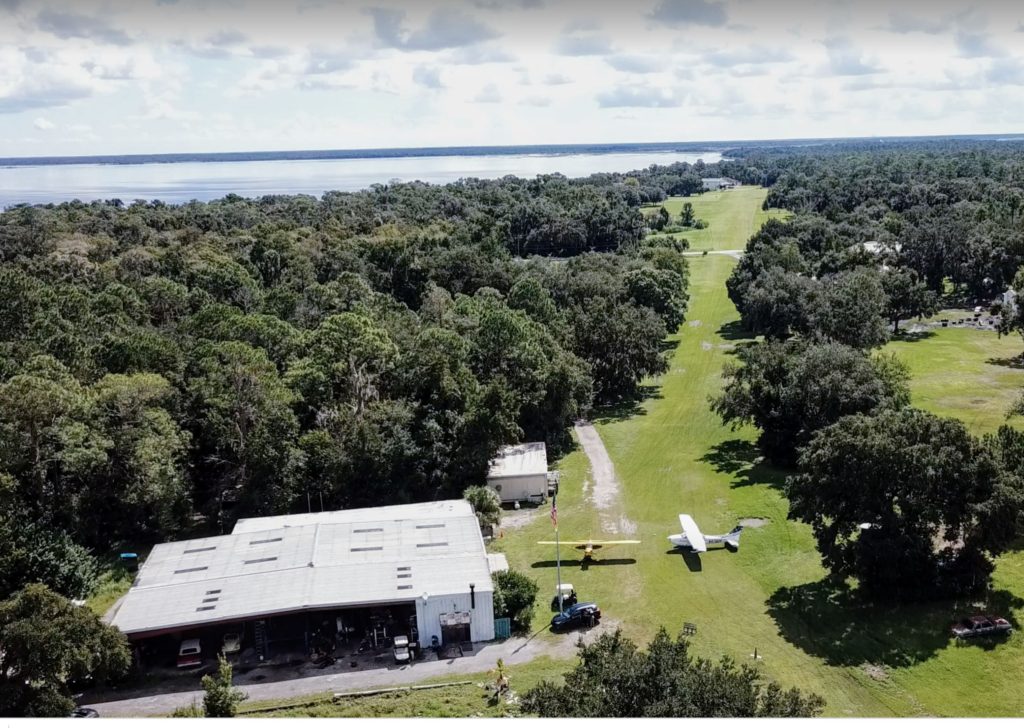 Southerland Airport, located in Florida’s Seminole County has a 2-thousand foot sod runway and just 11 residential lots and Shaw owns three of them.

But what the airpark lacks in size it more than makes up for in friendliness and versatility. It is an airport, sure. But Dan’s three parcels, which he refers to as Danville, house a multi-unit vacation property, a wedding venue, a shooting range, and a resort in the most casual sense of the word, meaning he has plenty of toys and a propensity to share them.

I arrived at the property early in the morning to find the Man Cave’s departing guests cooing at the baby alligator in the nearby pond. A lovely orange cat circled at my legs obliviously. Soon Dan arrived and insisted I try two of his many gadgets; an electric bike and a Segway. I’m a runner and a biker, those things make me feel lazy, but if I’m telling the truth, they were a blast to ride.

I hadn’t even parked my bag in the Man Cave and Dan was toting me the length of the field to the home of his neighbor, gyroplane pilot Joe Pires. “You really must fly with him,” Dan said.

Joe had no idea I was coming. In fact, he was in his car leaving for a meeting of the Quiet Birdmen when Dan made introductions.

“Some fun appears to have broken out,” Joe said to someone on the phone as he turned off the ignition and got out of his car.

“Anytime I have a chance to fly, I know it’s going to be fun.”

Joe took me into his garage/hangar that opens to the east end of the runway. A bright-red, two-seat contraption with an eagle sporting wings of flame, sat in the shade looking very much like a helicopter had landed on the head of a hot rod bike. This, Joe told me was his fun machine, a 2016 Aviomania GS2.

The gyroplane takes off like an airplane and can fly up to 125 miles per hour. But it can also hover. When I asked Joe the minimum airspeed, he replied laughing, “Zero.”

Like a helicopter, the rotor provides lift but it is not powered by the engine, the angle of the rotor blade moves air up and accelerates the blade’s motion so that it rotates automatically. Thrust comes from a six-foot propeller aft of the seat which is driven by the engine. All this Joe explained to me as he pulled the machine out onto the grass, rumbled down the field and took me up above the Florida scrubland.

One does not have to get too high in a state as flat as Florida to see a long way off. Still, as we flew at 500 feet, with Joe pointing out the creeks where the alligators gather and the only vertical element of the landscape – the Kennedy Space Center Complex, I felt more like a flying creature than a creature in a flying machine.

Back on the ground, I returned to Danville, not yet having laid eyes on the Man Cave that would be my room for the night. But Dan still had things for me to see. He took me on a tour of his never-quite-finished getaway.

There’s the luxury yurt on one end of the property and the treehouse hidden in the woods on the other side.  But it was the hot tub he made by repurposing the metal housing of a Pratt & Whitney DC-10 engine that reinforced that this creative genius was my kind of guy. Florida humidity notwithstanding, who doesn’t want to edge up to the bar in this baby?

Too soon, my tour came to an end and at last I was free to wander among the aviation-memorabilia, Dan has meticulously assembled in the Man Cave attached to his overloaded hangar. I swung in the basket chair suspended from the ceiling congested with model airplanes. I explored the bookshelves (and true confession; wedged a flyer for my book, The Crash Detectives in among them.) I had my dinner at the bar made from an airplane tip tank and wandered over to happy hour which Dan throws each night for his guests.

Dan has plans to create an Amelia Earhart mystery campsite with a wrecked airplane as the centerpiece. Two seventies-era VW vans parked in a clearing mark the beginning of a Woodstock-themed family-sized quarters.  I had a great time in Danville, but in truth, I could have stayed anywhere there because if there’s anything I like better than hanging out in an avgeek museum, it’s hanging out with people imaginative, creative and generous enough to bring such a place into existence and then share it so graciously with others. 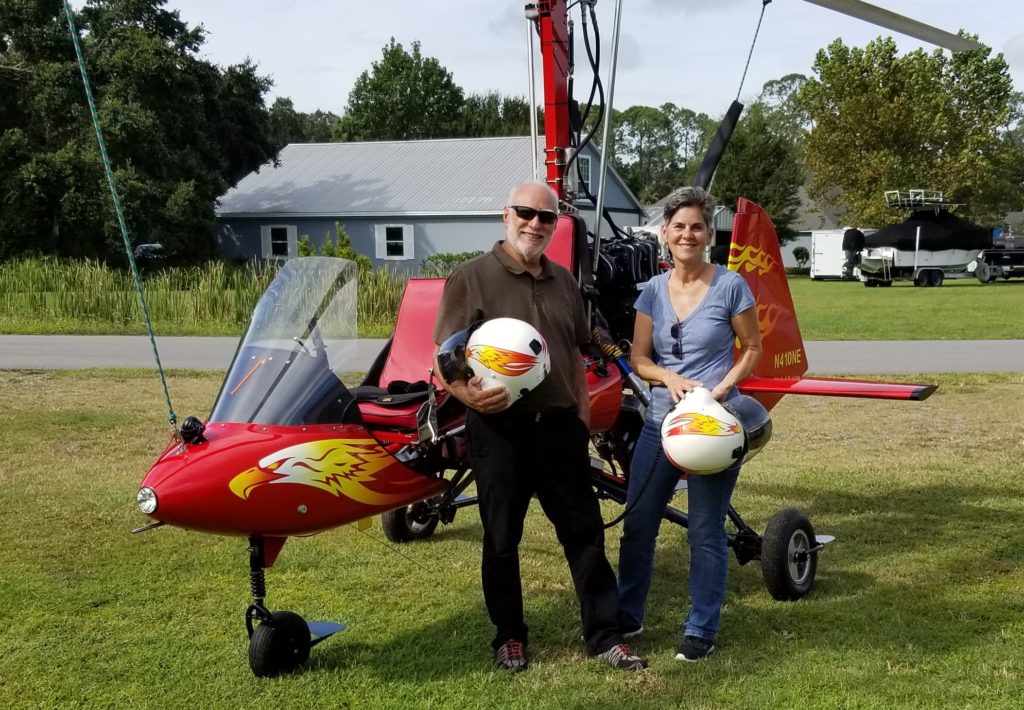