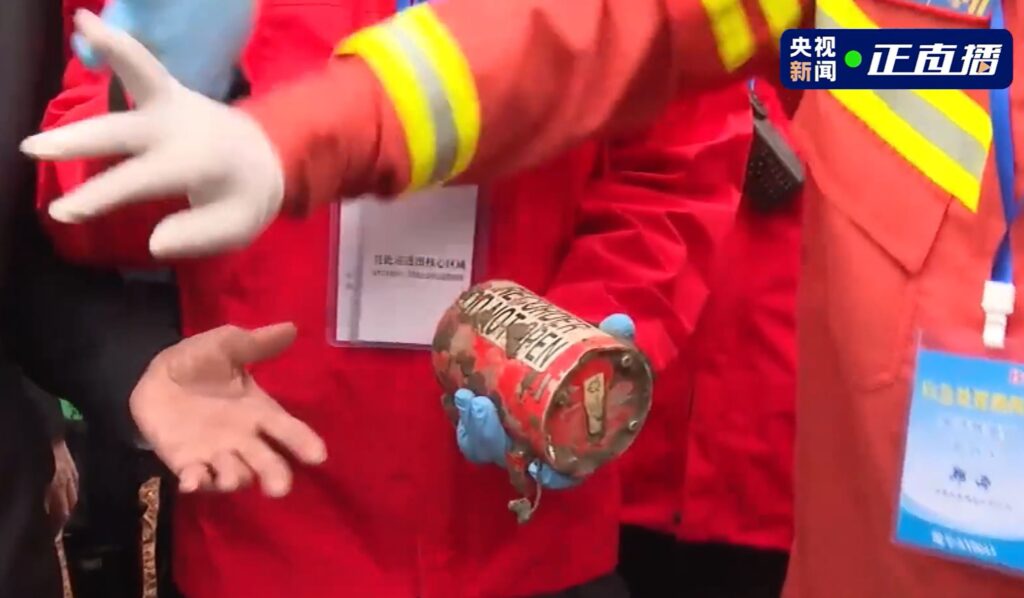 Officials looking into the fatal crash of China Eastern Flight 5735 told reporters Sunday morning that they had located a critical piece of wreckage from the main debris site, the Boeing 737’s flight data recorder. The find was made by one of several teams of local fire and rescue personnel in an area determined to be a likely spot based on where other key debris was found.

Mao Yanfeng head of aircraft investigation at the Civil Aviation Administration of China board told reporters the FDR will provide a raft of “real and objective” information for determining what caused the crash. Included in this list, Yanfeng said, would be information about pressure on the pilots’ flight control columns. That would be useful for addressing the theory that one of the pilots might have sent the plane into its dramatic dive. 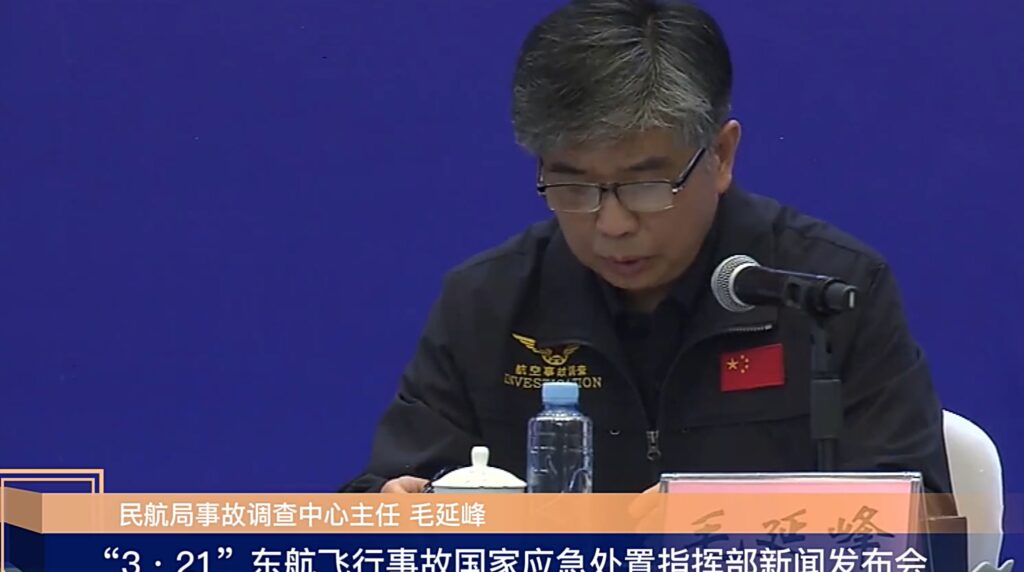 The seven-year-old airliner was on an otherwise uneventful flight from Kunming to Guangzhou on March 21 when it went dove from 29-thousand feet in a near-vertical plummet. Most of the aircraft was found embedded in a hill near the city of Wuzhou.  But videos of the disaster unfolding caught by various cameras, and reports of what appeared to be a slice of metal found six miles from the crash scene, suggest the airplane may have come apart in flight.  This could either be either a contributor to the upset or a result of the speed obtained as the plane fell from the sky. 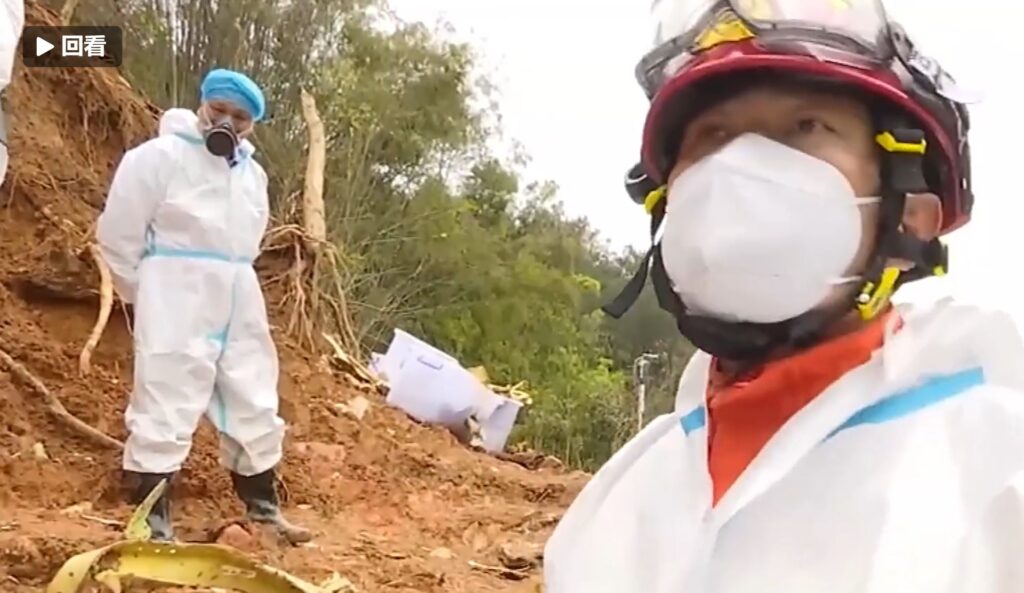 Zanfeng explained that the airplane data will be only part of a larger whole. Data corroborates data and in this case, investigators already have a lot.  The cockpit voice recorder was located earlier in the week. Zanfeng said the probe will also rely on sources of information on the ground, at the airline, in air traffic control data, from witnesses, other photographic evidence and elsewhere.

“Only by conducting comprehensive analysis and judgment can the cause of the accident be more objectively and accurately analyzed,” Zanfeng said.

Hundreds of workers have assembled at the hilly site and are working in threatening conditions, said Zheng Xi, a fire official from the area. The use of earth moving equipment paired with nearly non-stop rain risks triggering landslides.

And while air accident investigators frequently work in hazardous conditions, Xi explained that “slopes on both sides of the core area” where people are working are being continuously monitored via radar ” to protect personnel entering and leaving”  the site. Finding the FDR puts these people one step closer to finishing their work.