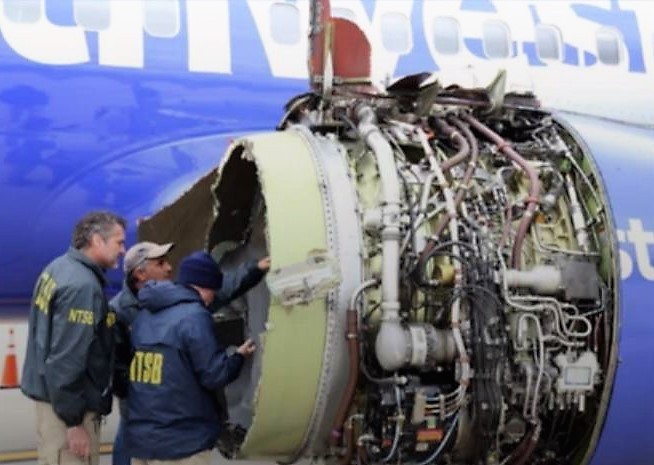 The death of Southwest Airlines passenger Jennifer Riordan was as horrific as it was surprising. The 43-year-old executive from Albuquerque was partially sucked out of the window of a Boeing 737 on a flight to Dallas in April when one of the plane’s engines came apart and pieces penetrated the passenger cabin.

On Wednesday, at a hearing before the National Transportation Safety Board which is investigating the accident, a representative for the Federal Aviation Administration admitted that the way the engine came apart, damaging the airplane and triggering the decompression that pulled Riordan through a broken window, should not have happened under engine certification requirements.

“During certification, we would expect the airframe manufacturer to show that anything that departed the engine would not affect the wing or empennage,” said Victor Wicklund, from the FAA’s Transport Standards Branch in Seattle. 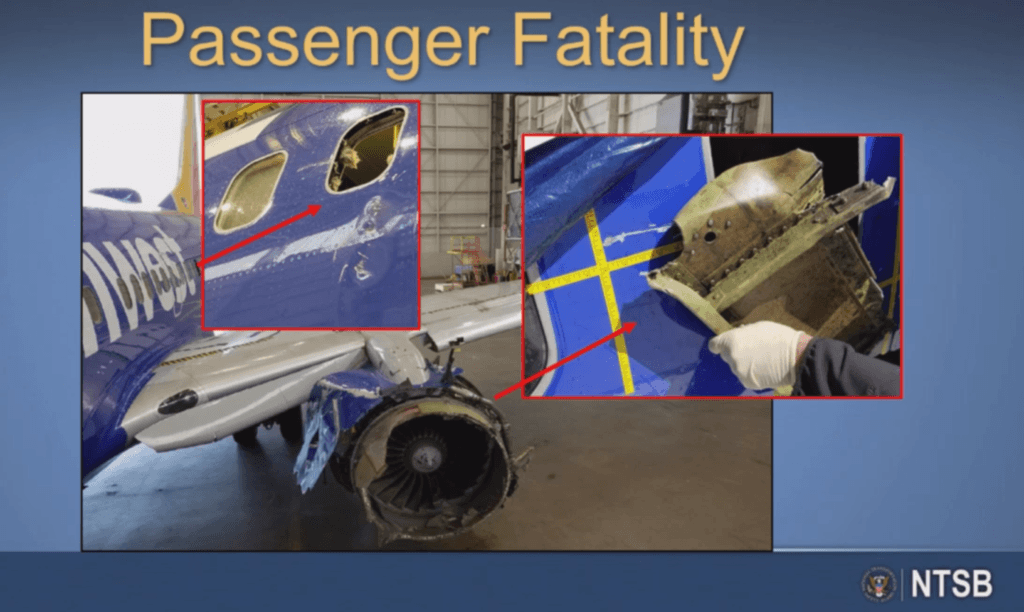 Wicklund said parts of the engine penetrated the wing, tail and cabin, but the FAA along with Boeing and the engine manufacturer CFM considered the 2016 case an anomaly.

“We had not seen that type of failure before and didn’t in all the testing that had been done,” Wicklund said.

In looking at the damaged engines from both planes, Torben Syberg, a technical fellow at the Boeing Company said it was apparent that engine blades broke and “those fragments can move forward.”

This is a cause of concern to safety officials.  Engine blades can come free from the disk and cause damage to parts nearby, but even in those cases, the blades, the inlet in the front of the cowling and other parts are expected to remain confined in the fan case. That this did not happen on two occasions was a subject that came up repeatedly during the hearing.

When the CFM-56 was certified more than twenty years ago it was not required to be tested with the inlet installed. Had it failed during the test, Wicklund told investigators “some sort of corrective action or corrective design” would have been required.

“In evaluating the cascading failures, we want to make sure they don’t jeopardize safety,” John DeLisi director of the NTSB’s office of aviation safety told Wicklund. “We’ve had a couple of inlets depart the airplane and that would not meet the certification requirements.”

NTSB board member Bella Dinh- Zarr, who chaired the meeting reminded attendees that the session was a fact-finding one, intended to help the ongoing investigation into the factors that contributed to the death of Riordan and the larger issues the incident may signal. By the end however, it was pretty clear that the question of whether a 20-year-old engine certification is still serving air safety is on the table at the safety board.